Firefox Gets A Brand New, Even More Customisable Design 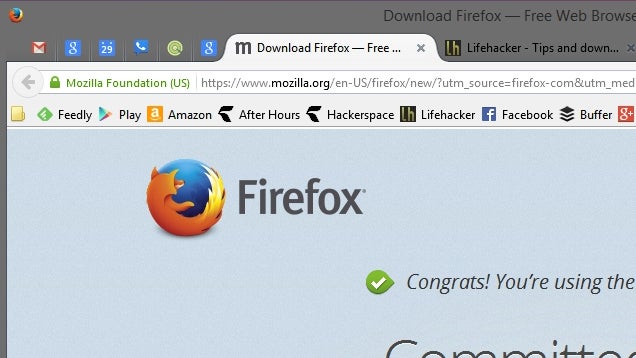 Firefox’s long-awaited redesign is finally available to all, with the latest version also offering a few improvements to customisation and Firefox Sync.

The new design looks pretty darn Chrome-like, what with the curved tabs and the right-hand “hamburger” menu. The menu, however, is more customisable than before, letting you drag and drop your most used items around and even add them to the toolbar. It may take some getting used to if you prefer traditional drop-down menus, but it’s nice to have more customisability in an already insanely customisable browser. And, you can always turn the traditional File/Edit/View toolbar back on if you prefer it.

Mozilla has also made Firefox Sync easier to set up (thank God) with Firefox accounts.

Other than that, everything’s pretty similar to before — just moved around a bit. Check out the video above to see it in action, the post below for more, or head to Firefox’s About menu to update it to the latest version.