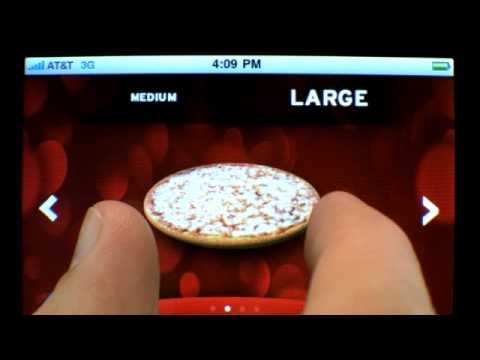 Apple loves to fling out statistics about how many iPhone apps have been downloaded (two billion at last count), but there’s a slightly annoying corollary to its success: companies feeling obliged to announce iPhone apps even when they haven’t released them yet.

The latest offender in this category is Pizza Hut, which has announced that an iPhone app for ordering pizza in Australia (along with a more general 3G service) will be available “soon”. While I can understand that Pizza Hut can’t predict just how long Apple’s notorious approval process might take, it seems to me that the Hut might have been better off holding its fire until it actually had something to announce, even if my colleague Nick over at Gizmodo does seem reasonably excited by the prospect.

Pizza Hut’s non-announcement comes a week after catalogue vendor Lasoo made a similar announcement, saying that its iPhone app could also be adapted by its retail partners to produce their own store-specific iPhone applications. That’s technically interesting, but in practical terms actually having the apps out there would be more useful.

But maybe I’m just a grumpy old curmudgeon. (OK, there’s no maybe about it.) Would you rather have “advance warning” of pending iPhone apps, or is the proof in the actual delivery? Share your thoughts in the comments.