How to Remove Objects From Your Pictures Without Needing Photoshop

It’s painful to snap what seems like a fantastic photo, only to find an unwanted intruder in the frame. Maybe you didn’t realise you had a huge coffee stain on your shirt, or perhaps a nearby stranger accidentally photobombed. But before you turn to Photoshop, you can try a free option first.

I’ve used Photoshop in the past, but I was never good at it. Basic editing tasks I could handle, but if I wanted to do anything remotely complicated, it ended up taking longer than it was worth. I don’t even have the software anymore, so to use it today I’d have to combine talentless hackery with a strain on my wallet. To quote every infomercial ever, “There’s got to be a better way.”

If you find yourself in a similar boat, or you just enjoy a fun photo hack, you need to check out cleanup.pictures. In fact, everyone needs to check out cleanup.pictures. It’s both an effective tool for removing unwanted objects in your photos, as well as a captivating party trick. It works so well you’ll want to try it on every photo, asking yourself, “Is it really going to remove that?” over and over again.

There are so few apps or features these days that truly blow my mind, but when I used cleanup.pictures for the first time, I let out an audible “Holy shit!” (apologies to my neighbours). The first image I tried was one I had lying around my computer. I wanted to see if the utility could remove the art piece in the middle of the frame, while leaving the oddly-shaped building in the background untouched. All you need to do is upload the photo to the site, then use the brush tool to outline the object you want removed. 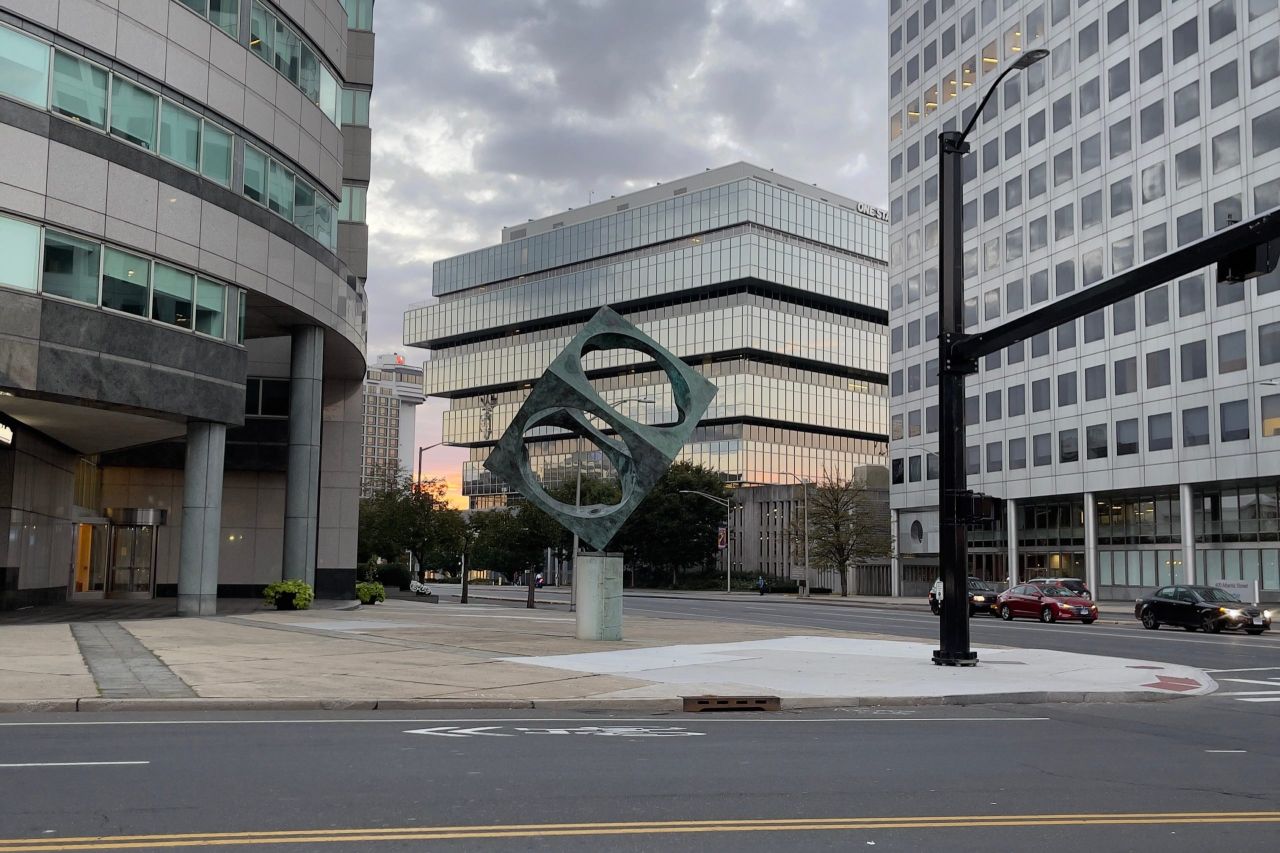 I had low expectations for this removal. I mean, look at what’s going on here: there’s a funky art piece blocking much of a funky glass building. I couldn’t really imagine a free web app erasing the hollowed-out cube from this image by me just tracing an outline… Sure, it’s not perfect; after all, I did give it a difficult task. But if you were sharing this photo with a friend without showing them the original, they might not notice anything out of the ordinary. In fact, the glass building looks essentially as it should; the only real errors here are the light post and the base of the art piece, both of which blend into the background enough to hide away for most viewers.

While cleanup.pictures might seem like magic, it’s obviously computer science. Built by ClipDrop, the web application uses large mask inpainting (LaMa) from Samsung’s AI Lab that analyses your photo to “redraw” the area from the object that is being removed. It takes the information that it sees in your photo, and, based on models the system was trained on, fills in the gaps to the best of its abilities.

Your milage may vary, especially based on the type of problem you throw at cleanup.pictures, but you might find that the web app does a good enough job to avoid having to bother your friend who’s good at Photoshop. Cleanup.pictures might not yet be in a state to replace those editing skills, but I think we’re getting there.

If you’re a Google fan, the feature might sound just like one of the Pixel 6 and Pixel 6 Pro’s highlights, Magic Eraser. If you buy one of those smartphones, you’ll have a cleanup.pictures-feature built right into the camera app. It goes to show that AI and machine learning are rapidly making “pro” tools accessible with a swipe or a tap. Portrait mode made our photos look like they were shot on expensive DSLR cameras, and while a trained eye could easily tell the difference, many people can’t. The same could be said for cleanup.pictures, which begs the question–why spend the money on industry-grade software or hardware when the free option is good enough for most of us?