How Your Age Shapes Your Opinions

graphshateropinionspopular opinionsurveys
To sign up for our daily newsletter covering the latest news, hacks and reviews, head HERE. For a running feed of all our stories, follow us on Twitter HERE. Or you can bookmark the Lifehacker Australia homepage to visit whenever you need a fix.

I’ve always longed for an “Opinionpedia” to summarise the subjective stuff Wikipedia leaves out: whether a certain band is considered dorky, or a town is considered ugly, or whether only old people like a certain book.

The dating app Hater, which matches people based on what stuff they like and hate, is kind of fulfilling this longing on its blog, charting the opinions of Clinton and Trump supporters, or the opinions of the most-desired and least-desired men. 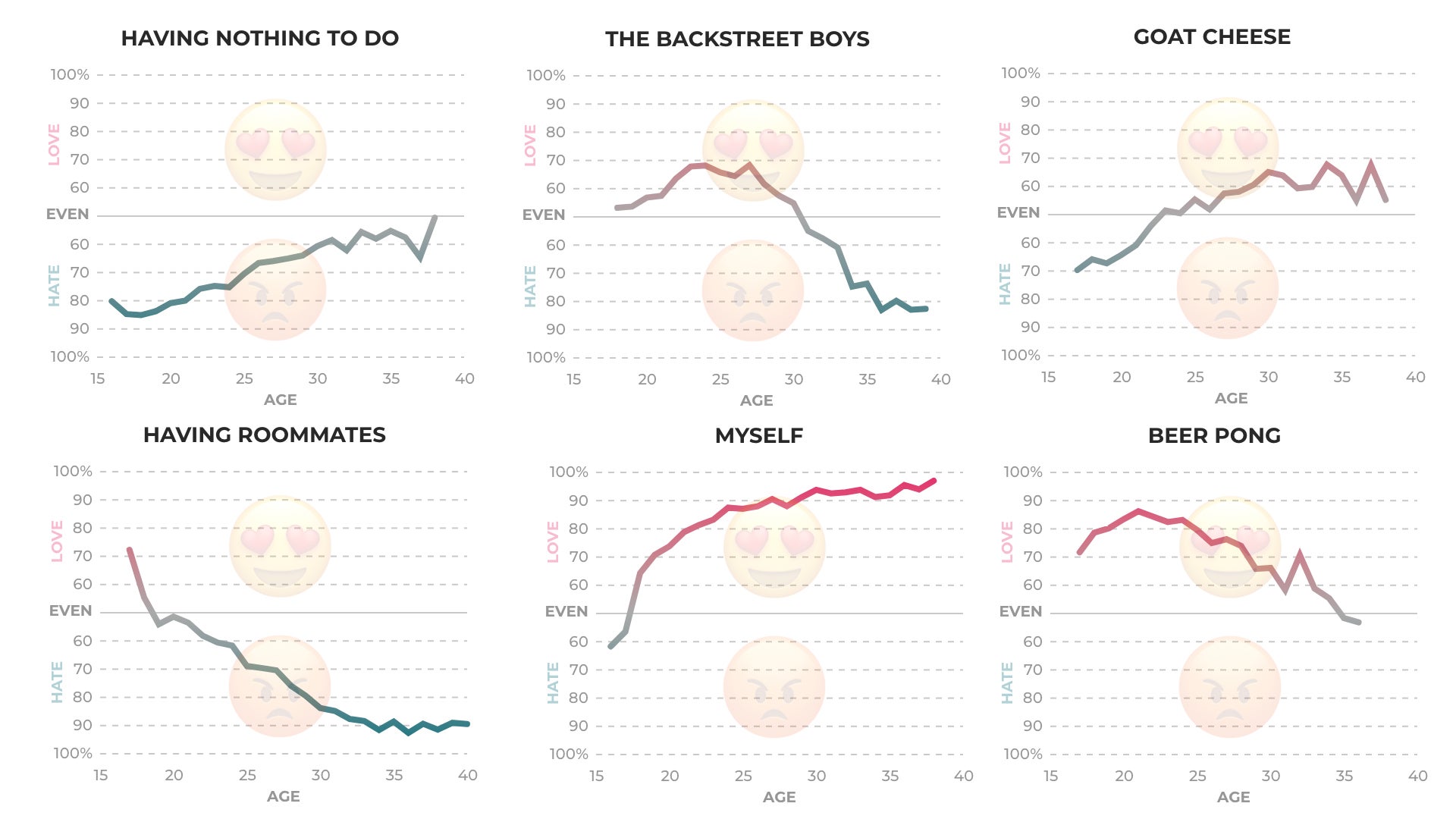 A new piece by data-journalism site The Pudding, in cooperation with Hater, breaks down people’s opinions on dozens of topics, by age. The methodology isn’t exactly scientific”users are all (theoretically) single, and their choices are probably swayed by Hater’s photo illustrations”but the results demonstrate some interesting shifts in how people perceive things as they age.

We selected some of the more interesting results above: The Backstreet Boys are popular with younger fans than their original demographic, but not older. Spare time is wasted on the young. And while living with roommates might sound like a cool sitcom setup, most of us are disillusioned as soon as we actually do it.

The article has more of these graphs, plus a fascinating interactive graph of universally loved, hated, and controversial topics ranging from oral sex to Bitmojis to the sound of vomiting.

10 Things Everyone Hates About You | The Pudding