How To Shop For A Smart Home Security Camera

Smart security cameras seem to be everywhere, and we don’t just mean watching your every move. With the prevalence of cheap components and cloud storage, installing a home or business surveillance system is easier than ever. But there are so many brands and types out there, it can be hard to figure out which platform is worthy of your time and money.

The impressive range of prices you’ll find between competing security cameras doesn’t help the decision-making process. You can buy a security camera for as low as $30 for bare bones monitoring or spend as much as $600 a unit for all the fixings. And there is a whopper of a difference between the affordable security camera you found on Amazon and the pricier ones.

We’ve taken a look at what’s out there, and we have a few pointers for finding the best security for your needs and budget. 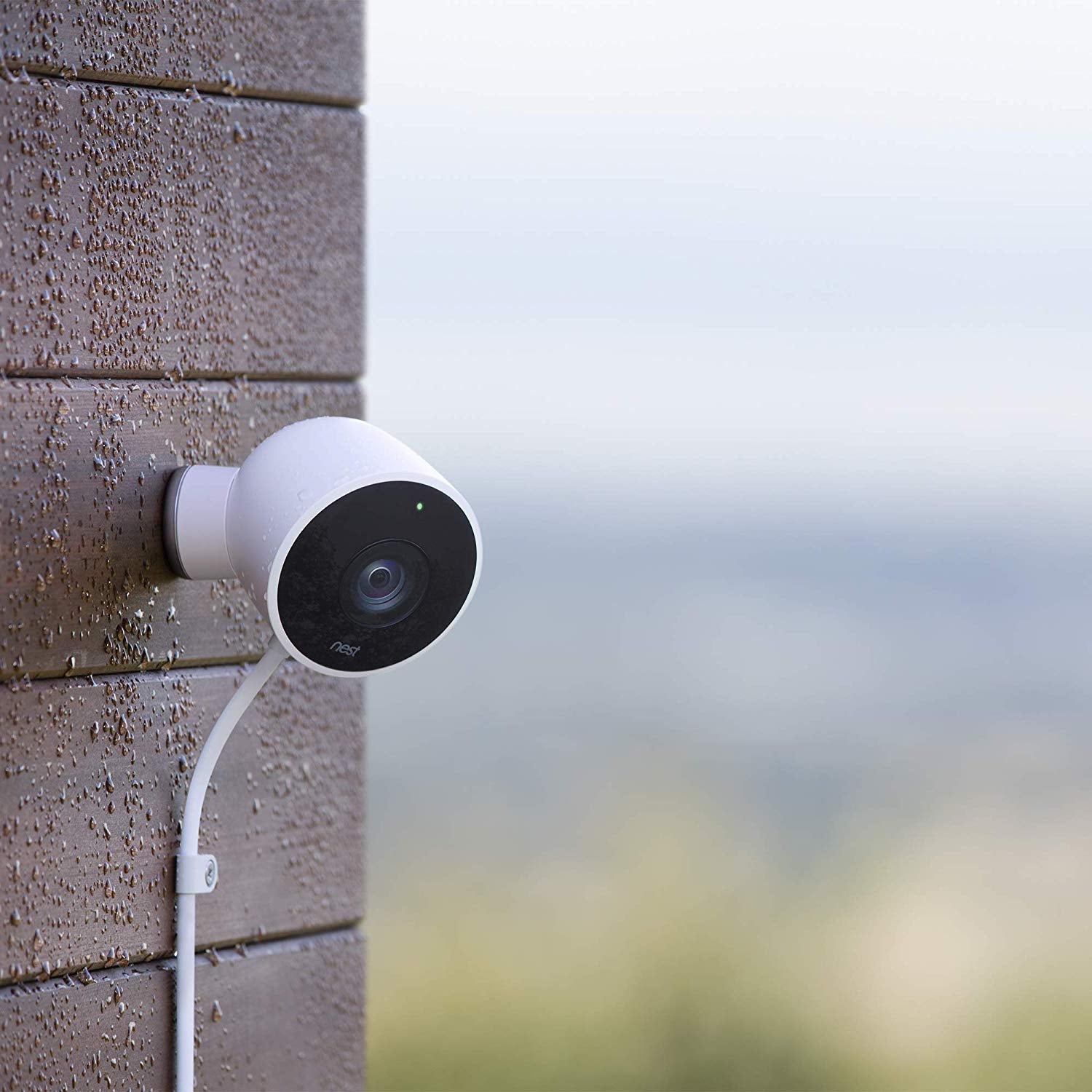 If you’re shopping for a security camera, you’re likely looking for something that lets you check in on an area (or person) at the press of a button. Here’s the good news: You can do that with even the most basic of sub-$60 cameras. The price starts to climb once you add on features like monthly cloud storage, higher-resolution video, battery backup, and a wider field of view.

Indoor vs. outdoor: If you wanted something for the backyard, expect to start around $100 for a decent outdoor camera or as much as $300 for one with an attached floodlight to see which neighbourhood critters are infiltrating the side yard. There are even cameras with built-in sirens for scaring off intruders, or cameras infused with software that can learn to recognise specific faces.

Whether you choose an indoor or outdoor security camera, check the reviews on its night-vision capabilities. Some cameras transition fluidly between day and night, while others struggle to deliver a crisp image of what’s happening once the lights go out. And check the resolution of the cameras you’re considering. The standard 720p resolution might seem adequate for pet check-ins, but it’s not necessarily the most helpful if you’re attempting to collect evidence for a crime.

Notifications: Most security cameras can send push notifications to your smartphone when they detect movement, sound, and in some cases, faces. It’s the best way to stay privy to what’s happening back at home when you’re not around. Some notifications require you to first install an app, while others work via SMS or email.

Battery and mobile data backup: Battery backup is a premium feature on many security cameras. If power outages are a concern, consider increasing your budget for one of these models. Also consider looking for cameras that offer additional local storage, either onboard or via a memory-card slot. These are excellent options for rural areas where broadband is spotty.

Brand reputation: As you’re shopping for a security camera, look into the brand you’re buying. While Wyze is known for its relative affordability, a recent data breach exposing the information of 2.4 million of its customers might cause you to think twice about its attractive price point.

Amazon’s Ring is known for its vast ecosystem of interconnected security devices, including doorbell cameras. Still, it’s been plagued by security vulnerabilities, not to mention there are surveillance concerns associated with the company as it freely shares footage with law enforcement.

Google’s Nest and Netgear’s Arlo have also recently dealt with significant security flaws, lending credence to the idea that there’s no perfect system. But doing a bit of reading beforehand can help you determine which manufacturer is quicker to respond when threats arise.

As tempting as it might be, avoid any of the “too-good-to-be-true” security cameras from companies like Geeni or brandless devices available en masse on Amazon. Especially avoid cameras that haven’t had model refreshes in a while, or that seem like they’re being pawned off to rid of excess stock. Before you bring anything home, be diligent about researching the make and model even if it’s from a reputable brand.

How much you should spend

Most top-rated home security cameras cost between $200 and $600. To help; you navigate this range, take a look at some of the features in the security cameras on your list and ask yourself what you can live without. If you’re getting a camera to ensure the cat is eating her food, for example, a $30 Wyze camera that allows you to check-in at will is perfectly reasonable, while a $229 Nest camera that requires subscribing to cloud storage for archival footage is overkill. 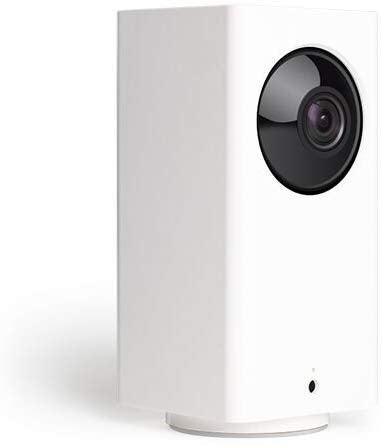 The Wyze Cam Pan offers motion tracking up to 360 degrees and costs under $60. (Image: Amazon)

You don’t have to spend hundreds of dollars to get a functional security camera. The Wyze Cam V2 and Wyze Cam Pan cost about $40 and $60, respectively. You can program them to turn on during specific times of the day and offer sound surveillance for things like smoke alarms and fussy kids, though they can be a bit sensitive.

The Cam Pan can rotate a full 360 degrees, and can follow any moving objects it detects if you enable its Motion Tracking feature. Wyze cameras are especially popular among folks who want simple security for dropping in. However, they do require microSD cards to record footage and can be a bit slow to log on and check-in after receiving a push notification.

The $99 Ring Indoor Camera is an indoor camera with a bit of smarts and a connection to a broader ecosystem. It offers sharp 1080p video, supports voice control through Alexa, and works in tandem with other smart devices to trigger actions like turning on a specific light when sensing movement. You’ll have to pay a monthly subscription fee to record video and check on motion triggers, though, and it doesn’t offer sound detection.

If you’re looking for a security camera to give you a bird’s eye view of what’s happening, the lesser-known Yi Dome Camera is conspicuous but useful at just over $50. It’s not as “smart” as other security cameras in its price range, as it doesn’t integrate with Alexa or the Google Assistant, nor are there actions available through IFTTT. But it does offer remote mechanical pan, tilt, and zoom, and you can even take a panoramic snapshot provided you’ve inserted an SD card for recording. 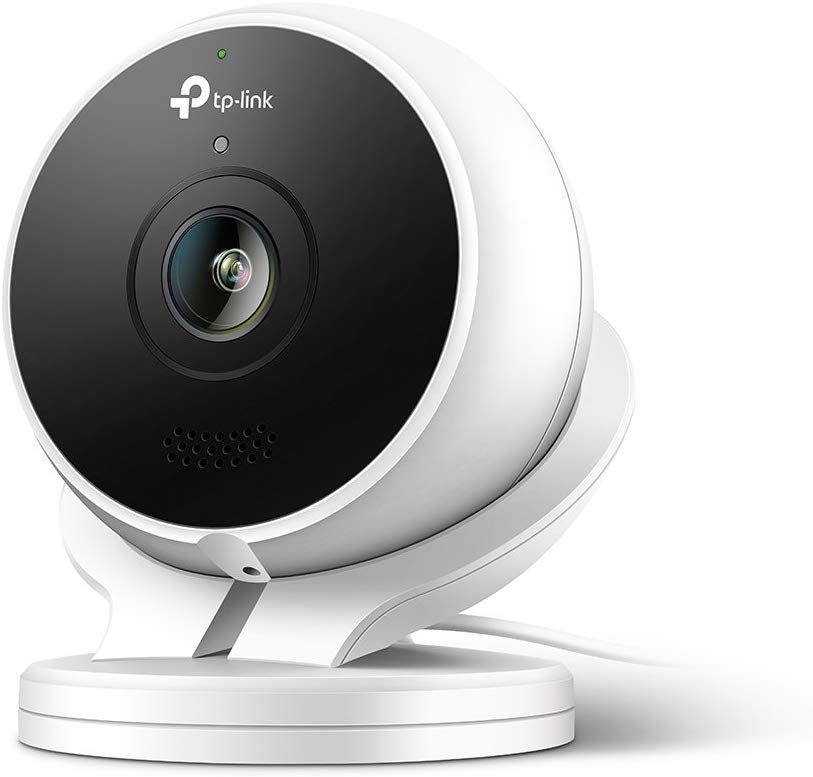 TP-Link offers a robust outdoor camera with cloud storage for under $139. (Image: Amazon)

If you can put a little extra room in your budget, your choices are more feature-filled. The D-Link DCS-8300LH Full HD Wi-Fi Camera might not have a great name, but its 1080p video, free cloud storage, and support for Alexa and Google Assistant voice commands make it an impressive option for $139.

Ring offers both a tethered and battery-powered Stickup Cam at $179 with all the perks of its other camera models, including motion detection and IFTTT integration. Still, you’ll need a subscription to record video, and there’s no sound detection like on its exterior-facing doorbell cameras.

At this price, outdoor security cameras also start to become viable options. The $159 TP-Link KC200 Kasa Cam Outdoor camera is hardwired via a ten-foot cable. It attaches magnetically to a ring-shaped bracket, and it’s weather-resistant with an IP65 rating. This means it’ll hold up against the dustiest and foggiest days so you can still pop in to view it live. This particular model also features a built-in siren to ward off intruders, as well as up to 1GB of video storage for two days at a time. You can pay for extra storage with a monthly subscription if you need it.

The jump from $149 to $750 might seem like a significant leap, and that’s because the security cameras become more sophisticated. Nest and Ring’s cameras in this price range offer perks like enclosed housing to handle harsh climates, in addition to AI-driven software features. 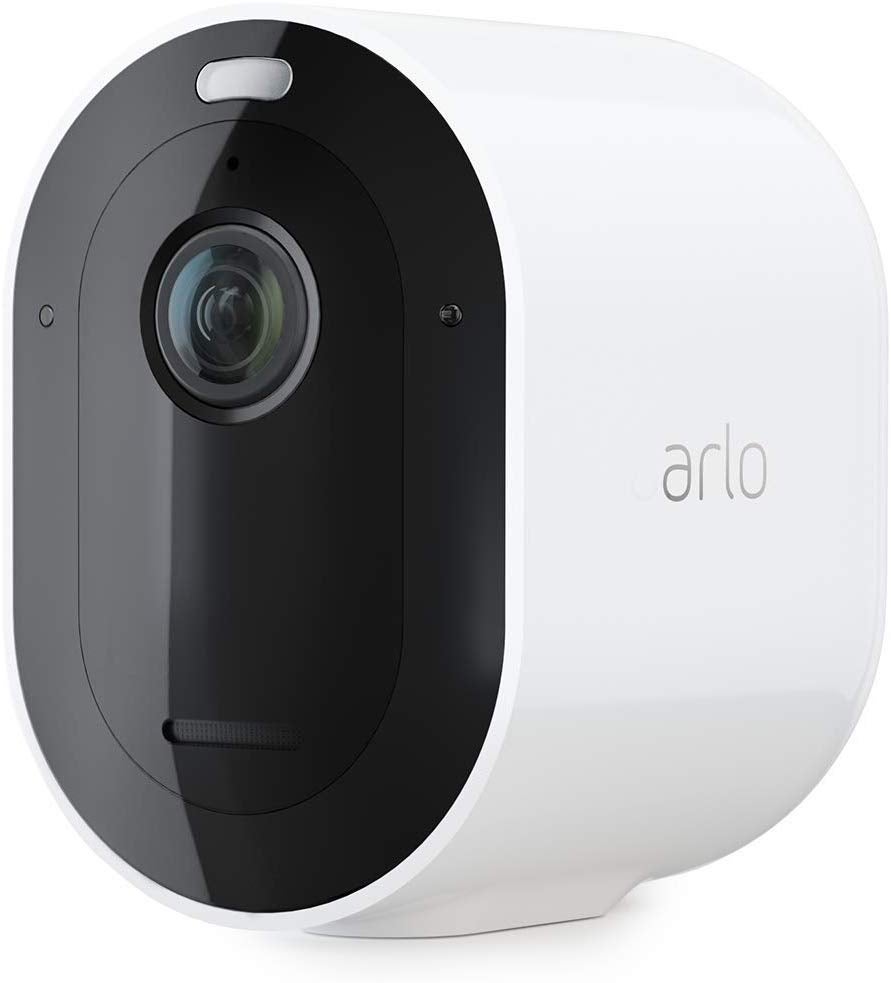 Netgear’s Arlo is one of the few security ecosystems compatible with Apple’s HomeKit. (Image: Amazon)

The $479 Nest Cam IQ, in particular, offers facial recognition, two-way audio, and high-resolution zoom tracking, not to mention easy interoperability between other smart device ecosystems. The $329 outdoor Ring Spotlight Camera comes battery-powered, so you don’t have to worry about hardwiring it through the garage wall (or anywhere else). It also features a bright, motion-activated spotlight, which can help spook unwelcome critters or shadowed lurkers out of your yard. But the caveat to both systems, again, is that they require a monthly subscription fee for access to recordings older than a few hours.

Netgear’s $350 Arlo Ultra nearly tops the ceiling of this category, but it’s a solid, top-tier choice. Not only does it work with Apple HomeKit, but it offers 4K video resolution, 180-degree field of view, and is completely wireless. It also comes with colour night vision, so you can clearly see what’s happening after dark, along with an integrated spotlight, AI-based motion detection, and automatic zoom and tracking. The only caveat to contend with Netgear’s Arlo is that it requires a base, but that comes included in the kit featured here.

If you don’t require 4K resolution for your surveillance needs, Netgear also offers the Arlo Pro 3 two-pack for marginally more. It delivers the same fantastic video quality and works indoors or outdoors.