How To Play Local Multiplayer Games Over The Internet With Steam

We live in a golden age of gaming, one where we can easily access tons of games from every era, genre, console and niche you could possibly think of. But while playing co-op or local competitive games is relatively easy when you’re sitting on the couch with a console, local multiplayer can be more difficult for PC gamers, whose platform of choice is primarily tailored for solo and online multiplayer experiences.

Luckily, Valve has begun beta testing an all-new Steam feature, Remote Play Together, that lets users play locally-based multiplayer games online with others. As per the official announcement on Steam’s community page, Remote Play Together allows between two and four players (sometimes more, in select cases) to:

Remote Play Together only requires the host player to own the game on Steam, so your friends can play along with you even if they don’t have a copy in their Steam library. A surprisingly long list of games already supports the feature and Valve says plenty more are on the way. Some games may not work perfectly at first — this is still an unfinished feature, after all — but bugs and compatibility issues will hopefully be addressed in routine updates while Remote Play Together is in beta phase.

How to play Steam games using Remote Play Together 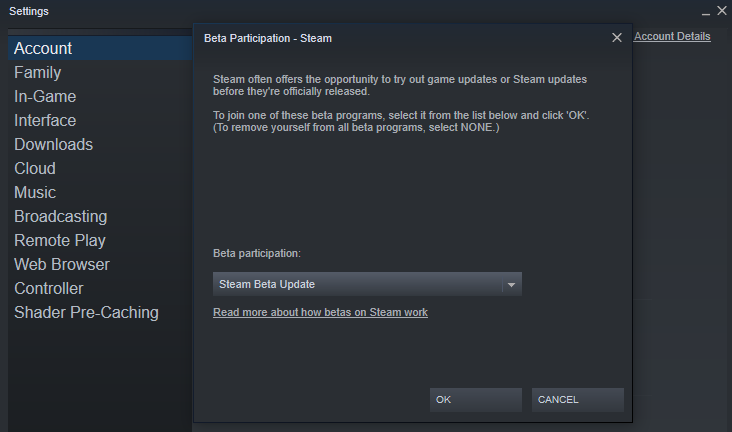