Don’t Crush Cans Before Recycling Them

Ever feel the need to crush things before you recycle them? Well, it’s often the right instinct, as it conserves space and is more efficient for pick-up by recyclers. Plastic bottles, for instance, are generally best crushed (and left with caps on) when thrown in the recycling bin.

Aluminium cans, however, are a rare exception, as Popular Science noted last week. It turns out that if cans are crushed or flattened, you’re often making the jobs of recycling facilities that much harder.

According to Matt Meenan, the senior director of public affairs at the Aluminium Association, when crushed cans enter the recycling stream, they become more difficult to sort out and can contaminate other recyclable materials.

A flattened soda can can be sorted as “paper,” for instance, thus contaminating the paper recyclables. “Crushed aluminium cans may fall through the spaces of the sorting equipment and either be lost entirely or improperly sorted,” he added.

How To Rinse Your Recyclables Without Wasting Water

If you’re in a city with multi-stream recycling, you’re in luck. Whether crushed or not, you’re fine to recycle them in any way you want. 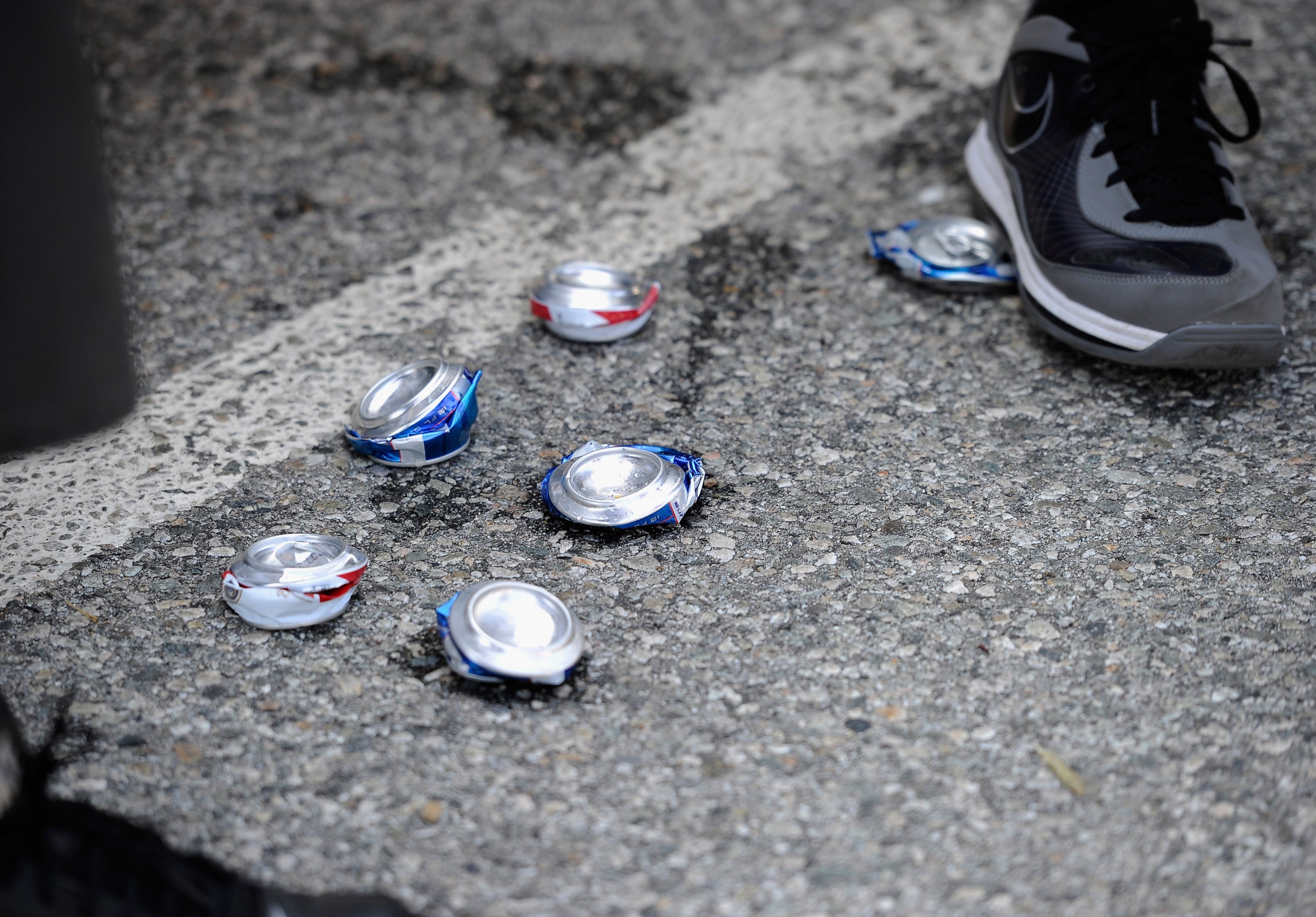 So what should you do about your cans in question? First, you can determine what kind of curbside recycling program operates in your neighbourhood. It’s pretty easy. If you’re throwing your separated glass, paper, and plastic together in one bin at the curb, you’re participating in a single-stream program.

And if it isn’t obvious already, it’s as simple as making sure you don’t attempt to crush or flatten cans as you throw them into the recycling bin. Again, if you’re single-stream or just unsure, err on the side of caution and leave them uncrushed. A dent is probably fine (they don’t need to be pristine), but resist the urge to crush.