sparktorostatisticstwitter
To sign up for our daily newsletter covering the latest news, hacks and reviews, head HERE. For a running feed of all our stories, follow us on Twitter HERE. Or you can bookmark the Lifehacker Australia homepage to visit whenever you need a fix.

My wife and I have about the same number of Twitter followers — 16k and 14k respectively — but her tweets consistently outperform mine. In fact, according to the SparkScore tool from the Twitter marketing service SparkToro, an average tweet from her gets three times as many retweets and 10 times as many faves.

How could this happen? Could her tweets be objectively better than mine? What if my ego refuses to accept this? What if it’s my followers’ fault? SparkToro has another tool, Fake Followers Audit, to check how much of any Twitter user’s audience is even real.

That does seem to explain it: I have a bad infestation of bots, abandoned accounts and various other dead weight. 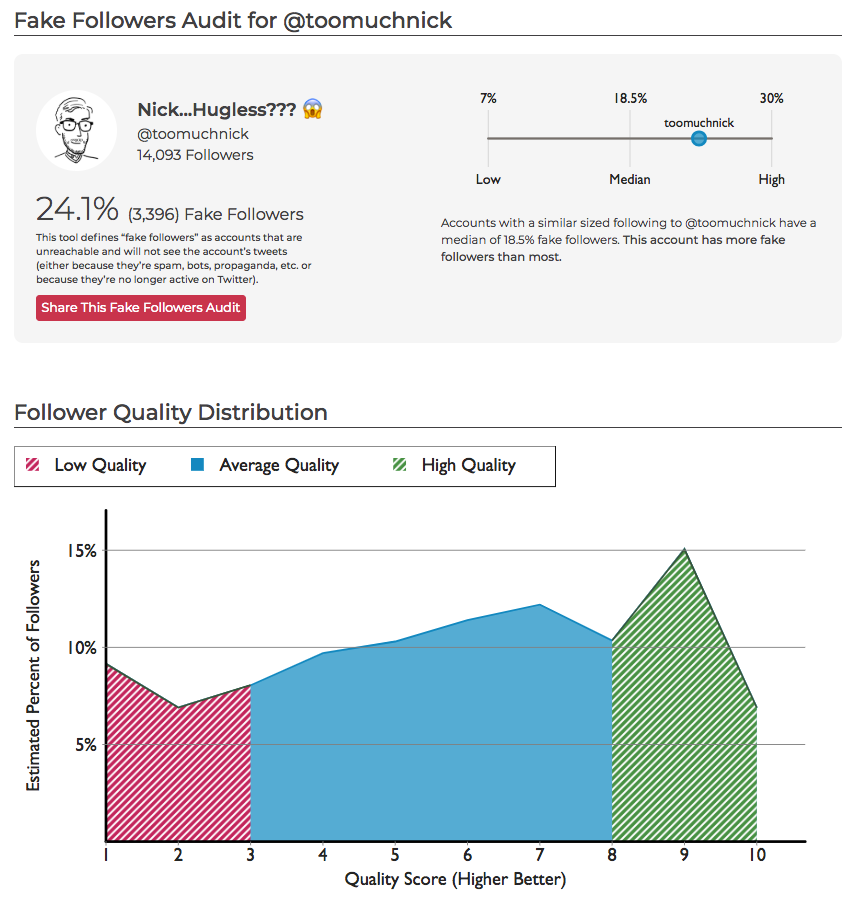 My wife, on the other hand, has extremely real followers. 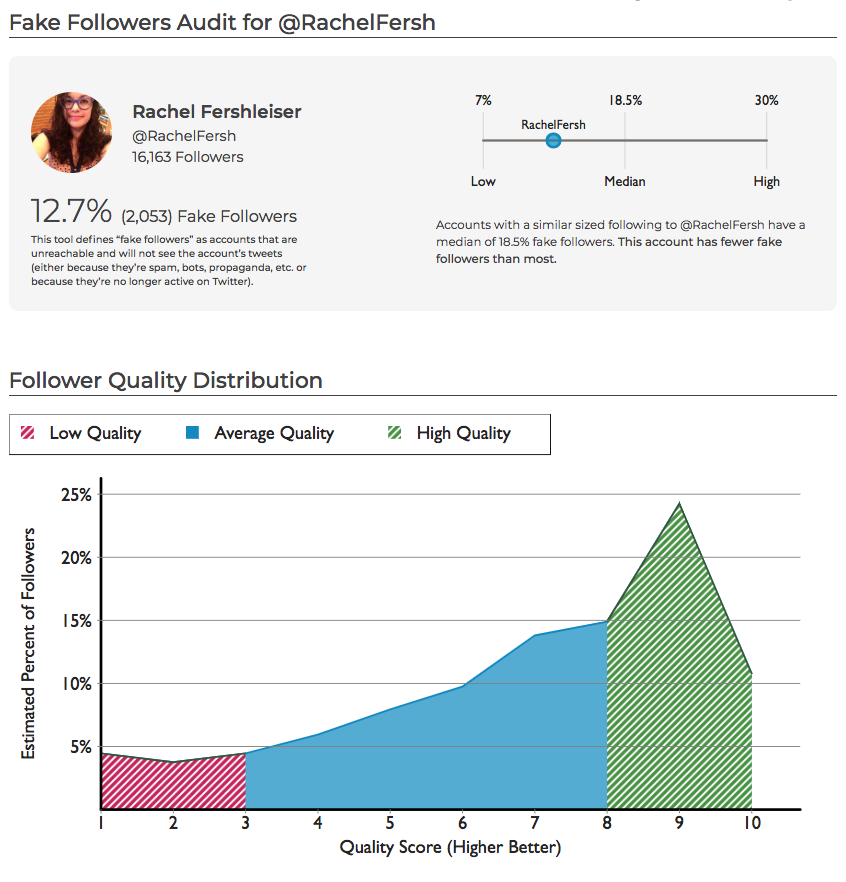 So I sit on a throne of lies. And yet I have enough real followers that I should be getting more faves and retweets. I must be an inferior tweeter, or misunderstood in my time.

To make myself feel better, I looked up Cher to see how many of her 3.5 million followers are bots. This was a terrible idea. 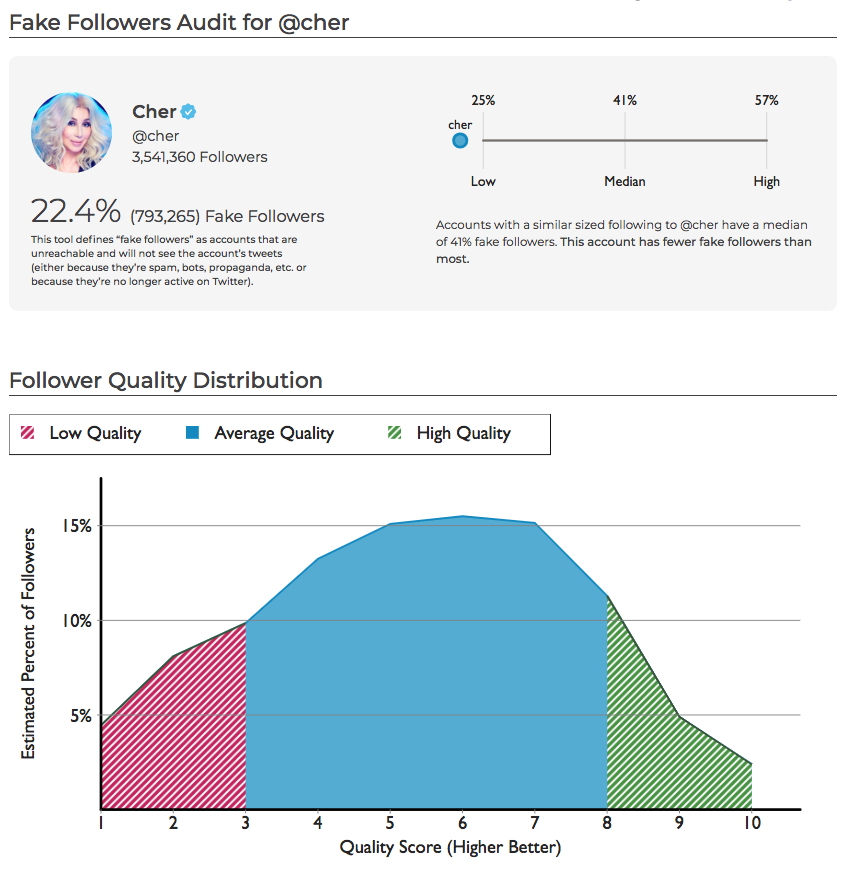 Cher has 22 per cent fake followers to my 24 per cent, but SparkToro gives her way more credit, since huge accounts such as hers tend to have a very high average of fakes. She is literally off SparkScore’s chart.

SparkToro doesn’t help you get rid of your fake followers; you’ll have to spend money to do that. It’s just a great place to take a screencap and mock someone whose opinions you don’t like. But first make sure they can’t turn it around on you. Do not use this on Cher.