Why Do Motherboards Have Batteries?

If your computer is plugged in all the times, then why does it need a battery? Turns out, there’s a very good reason. 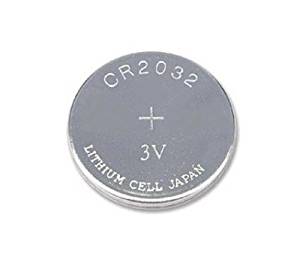 The battery that powers the CMOS chip also powers the motherboard’s real-time clock, or RTC. That’s responsible for the motherboard keeping accurate time, and can help you figure out when your CMOS battery is dying (or dead). If you notice that the time is really wrong during POST, when you pull up your motherboard’s BIOS, or within your operating system, odds are good that you need to replace the CMOS battery.

Since the CMOS chip is responsible for holding on to your motherboard’s BIOS settings in some cases, one of the easier troubleshooting techniques you can take, when confronted with a fussy PC that’s having issues during the startup or POST process, is to just pop out the CMOS battery. This will reset the settings of your motherboard’s BIOS to default and might, in some cases, fix whatever issue it was that you were having.

These issues can also alert you that your CMOS battery is dying (or dead). If you find that your motherboard’s settings keep resetting to their defaults, or you’re having trouble booting into your operating system (or even finding hard drives), it might be worth looking into a new CMOS battery if it’s been a few years since you’ve purchased or built your PC.

For newer PCs that store BIOS settings in non-volatile memory, your only clue that something is wrong with the CMOS battery might be a little error message when your system boots (or the time will be completely wrong). You can still remove the battery to reset your BIOS settings.

Though the CMOS battery isn’t directly required to keep these settings preserved in memory, your motherboard might see the missing battery and go, “Oh, I should reset all the settings to their factory defaults, just like the old days.” Your motherboard might also have a completely different procedure for resetting its BIOS settings to their defaults — best to consult the manual on this one.

Your CMOS battery’s lifespan depends on its overall capacity, how much current your motherboard draws, and how often you use your system. A good rule of thumb is to start pondering a CMOS replacement right around the three-year mark or so. (That’s “thinking about it in case your computer starts acting weird and you aren’t sure why.” You don’t need to go out and stockpile a battery for no reason.)

Your battery might be able to make it even longer — five years or more. Generally, I don’t worry about the battery until it looks like it’s dead. Since watch batteries are cheap, it’s just a slight inconvenience to go to the store to pick a new one up if (or when) a computer starts having mysterious BIOS-related issues.