All About HDR, And Why It’s The Future Of Television

TV manufacturers always look for the next leap in picture quality that will make watching TV feel like you’re looking through a crystal-clear window. HDR is the latest trend in display technology and it’s here to stay. Here’s everything you need to know about how it works, and why you may want to consider it when you buy your next TV. 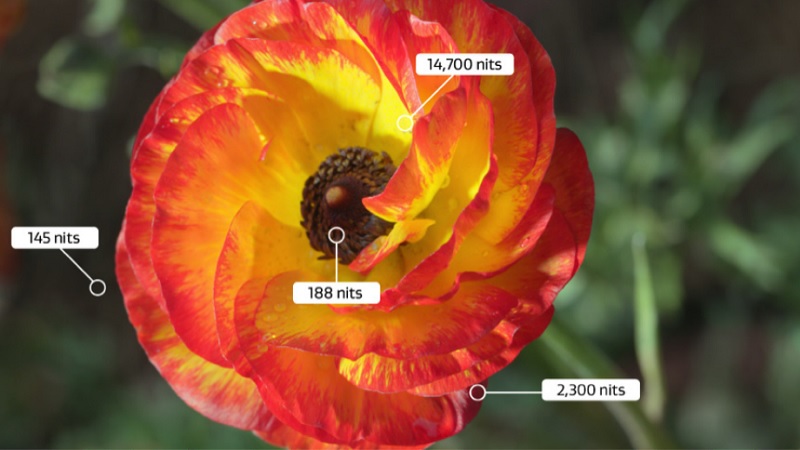 HDR stands for “high dynamic range“, and while it shares a name with the photo technology on your smartphone’s camera, they actually aren’t related at all. HDR TVs are designed to create a more realistic picture by representing colours in a more lifelike way. By having a greater contrast between dark and bright colours, and using more colours overall, HDR TVs can better show you what the camera actually saw when it was recording, and ideally, what you would see if you were watching live.

For example, in a HDR-enabled nature video, trees look greener, the sky looks bluer and clouds look more defined because there are more colours to work with and more colour contrast. HDR expands the total colour range of the TV’s display, and increases the number of steps between each colour within that range. If you were to go from, say, black to white, a standard 1080p or 4K TV could have around 10 different shades of grey in between the two. HDR TVs would have closer to 1000. According to Nandhu Nandhakumar, Senior Vice President of LG Electronics, a bright star twinkling in a night sky is a good example of HDR doing its best work: The star would be a crisp white while the area around it would look dark, black and not washed out. The star would also be physically brighter because HDR screens take the top end of the colour range, or highlights, and increases the actual brightness of those pixels. That brightness, or luminance, for each colour is measured in “nits”, or candela per square metre. Depending on your HDR TV, colours can range anywhere from 0.0001 nits all the way up to nearly 10,000 nits or more (as shown in the flower image above). To put that in perspective, the current HDTV and Blu-ray standards start at a minimum of 0.117 nits and limit maximum brightness to 100 nits, in addition to having a much more limited colour range.

In short, HDR really makes bright colours pop and keeps dark colours dark. So if you see the sun on your TV, it will be very bright, making it feel like you’re actually looking toward the sky. Or if you see a match lit in a dark room, the match will actually feel like the only source of light. In essence, HDR tech improves pixels rather than increasing their number or improving a screen’s refresh rate, which is what TVs have done to boost picture quality for the past few years.

There are Two Competing Standards: HDR10 and Dolby Vision 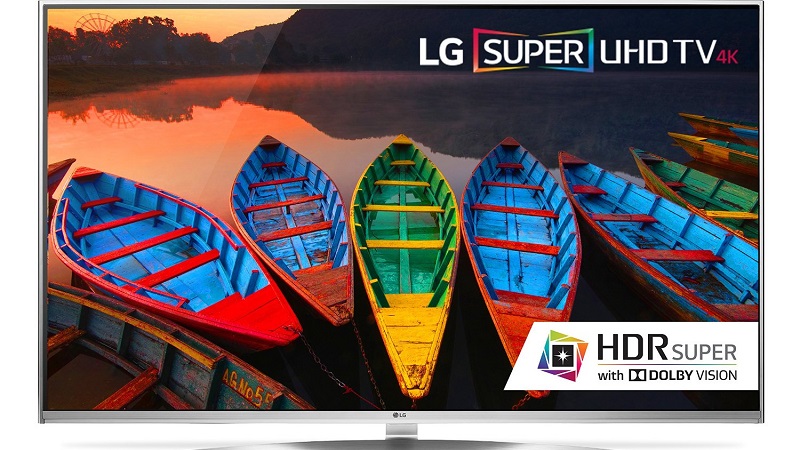 There are two primary standards when it comes to HDR TVs and HDR TV content: HDR10 and Dolby Vision. HDR10 is the open standard of both OEMs and content creators in the TV industry, but you’ll never see it actually listed as “HDR10” when you’re shopping for TVs. Each manufacturer calls it something different, but if you see that a TV supports HDR in some way, you can assume they mean HDR10. Because it’s an open standard, content creators can use it without paying licensing fees.

Unlike HDR10, Dolby Vision is a proprietary HDR standard that does more, at a price. Dolby Vision supports a wider range of colour luminance (up to 10,000 nits, HDR10 maxes out at 1000), and Dolby Vision content is mastered with 12-bit colour depth (HDR10 is only 10-bit). That means Dolby Vision has a possible 68 billion colours it can use, where HDR10 has a little over one billion. Current non-HDR TVs top out at about 16 million colours.

The biggest difference, however, is that every frame of Dolby Vision content has metadata that tells your HDR TV how to display that specific frame. HDR10’s metadata doesn’t change from one frame to the next, and has the same instructions set for all frames, so you don’t get the same level of visual clarity you would with Dolby Vision, especially if a movie does a lot of bouncing back and forth between light and dark environments. That said, Dolby Vision requires its HDR content to be played through a compatible player and output to a compatible display. Because manufacturers have to pay for a special Dolby Vision chip, certification process and proprietary licensing fees, they have to extend those extra costs to you as the consumer.

It’s also important to know which manufacturers support which standards. You can find TVs that support both, but there are also TVs that only support one or the other. Vizio and LG HDR TVs support both HDR10 and Dolby Vision. Though, some Vizio models were shipped only with Dolby Vision support and are starting to get HDR10 support through firmware updates. Not all TVs can support HDR10 after a few firmware updates, but some, like Sony’s 2015 line of 4K UHD TVs, can. Sony, Samsung, Hisense, Sharp and most of the other players only support HDR10. Fortunately, just about any HDR TV is going to improve your picture quality over standard 1080p or 4K, so there’s no way to get totally screwed out of a nice upgrade. The two standards will coexist a lot like DTS and Dolby Digital, the two main audio formats that receivers decode. Keep in mind, though, Dolby has always had a lot of support from Hollywood studios, so don’t be surprised if some future content is released as Dolby Vision-only.

What You Can See In HDR Right Now

HDR looks incredible, but before you rush out to buy a new HDR TV, there are some important things you need to know. For one, HDR won’t transform your old movies and TV shows into amazing-looking, updated versions. Next, the only things you can watch in HDR is content that was made with HDR in mind. That list is fairly limited, but includes 4K or “Ultra HD” Blu-ray discs, and some streaming media on Netflix.

More HDR content is on the way, though, so you can search “HDR” and find everything they have until they start listing things in a dedicated HDR section.

Some video game consoles can take advantage of HDR support as well. The Microsoft Xbox One S supports HDR, but only with TVs that use the HDR10 standard. Dolby Vision-only models are out of luck. Sony’s soon to be announced update to the PS4, codenamed “Neo”, is rumoured to support 4K and HDR10 as well. We’ll know for certain come PSX in September.

Is HDR worth buying into? In short, yes, eventually. It’s a pretty big deal and it’s not going away any time soon. And because it improves contrast and colour so much, the jump to HDR is considered by many to be a better improvement than the the jump from 1080p to 4K displays. That said, there’s not a ton of stuff to watch with it yet. Save for some Ultra HD Blu-rays and what the streaming services are currently offering, that’s all there is for HDR content. Australia’s free-to-air channels were only recently allowed to begin broadcasting in 1080i, and there are no HDR offerings yet.

So, no, you don’t need to run out and upgrade your TV right now. Your current HDTV is probably just fine, especially if you bought it in the last few years. If you’re on the market for a TV upgrade, however, HDR should absolutely be on your checklist — more so if you’re a movie buff. Even if you’re upgrading from 1080p to a 4K display, it’s probably not worth it unless you also get a TV that at least supports the HDR10 standard. HDR is the future, so if you’re going to buy now, you might as well get something that sets you up for it.