What Happens At Comic-Con And Why It’s Awesome

San Diego Comic-Con is in full swing this weekend. Amidst the flood of trailers, posters, action figures and panels, it’s worth taking a step back to appreciate just what SDCC is and why it’s so impressive that it exists at all. Photos by Getty Images.

SDCC (sometimes known simply as Comic-Con) is a celebration of many different aspects of geek culture. That culture is as widely varied as geeks themselves, but there’s a common thread that ties them all together. There’s a reason that you can go to one convention and see superheroes, wizards, spaceships and zombies celebrated all in one place. Not so long ago, fans of any of these things didn’t have a place where they could share those interests. A few decades ago, San Diego Comic-Con helped change that.

Today, San Diego Comic-Con is a massive convention that draws the attention from huge companies all over the world, but it didn’t start that way. At the first Comic-Con in 1970 (then called Minicon) only 300 people showed up. That may not have been a huge gathering — especially by today’s standards — but it was enough.

As Comic-Con co-founder Richard Alf has pointed out, the convention grew in the early years by networking with other groups in the geek community. This included the Society for Creative Anachronism, who held alternate Medieval history re-enactments, and the Mythopoeic Society, a group devoted to the study of mythical literature worlds, particularly those created by J.R.R. Tolkien and C.S. Lewis. While Tolkien, Lewis and certain alternate Medieval stories may be household names today, in the ’70s they were as niche as they come.

The first Comic-Cons sought to unite these disparate fan groups and let everyone celebrate their interests together. Along with similar conventions at the time like the tabletop gaming-centred Gen Con (inaugurated 1968) and comic book-themed Wizard World Chicago (inaugurated 1972), SDCC helped show that there was space in the world for geek culture.

Conventions run by and for fans started to grow at a rapid rate, inspiring countless other fans to create their own events for their interests. Otakon (started in 1994) is one of the longest-running anime conventions in the US. PAX (started in 2004) began when the creators of Penny Arcade wanted an event just for gamers. Dragon Con (started in 1987) grew from a science fiction and gaming convention to encompass all corners of geek culture. With each new event, people all over had one new home to share their interests with like-minded people. Each mega event today came from a time when a few nerds got together to have fun together with something they enjoyed. 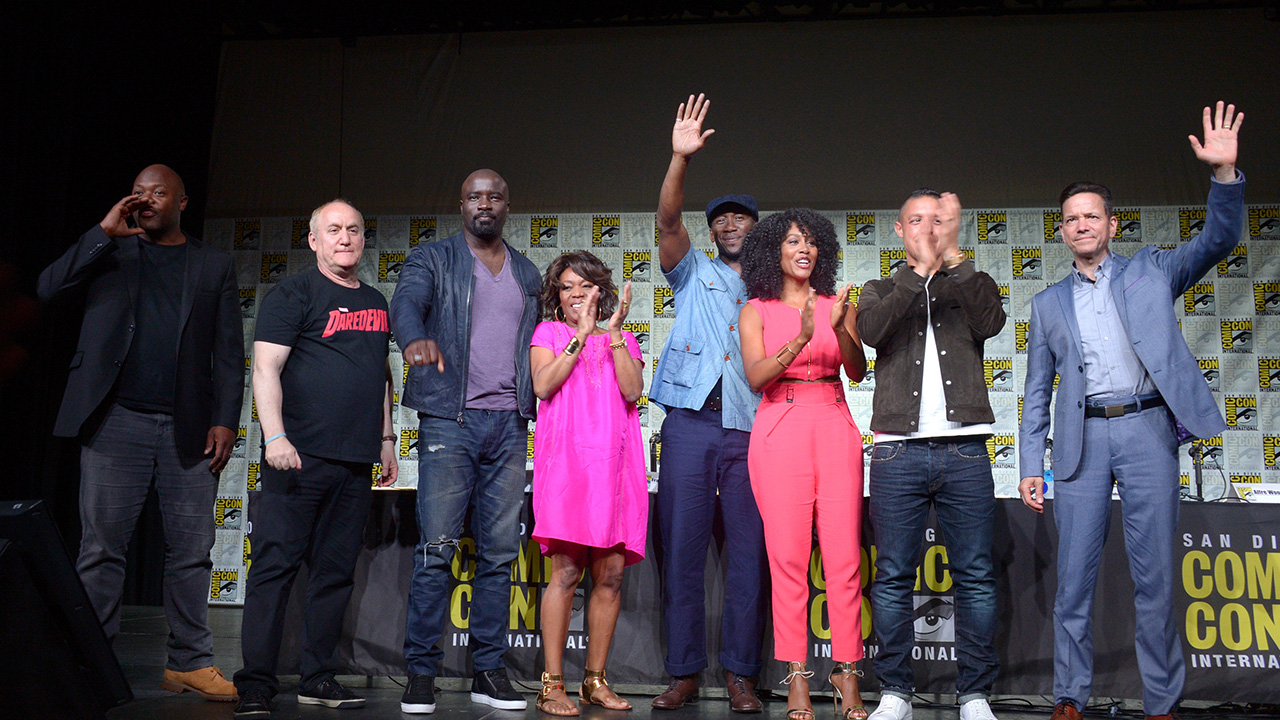 Every year, companies crowd into the legendary Hall H to show off exclusive trailers for their upcoming movies. These trailers almost inevitably leak. Last year we caught the first previews and footage for Suicide Squad, X-Men: Apocalypse and Deadpool. Not to mention, a new behind-the-scenes trailer for Star Wars: The Force Awakens, capped off with an amazing free Star Wars concert for 6000 fans.

Those are just the highlights, too. From insanely crafted action figures, to close ups of gorgeous movie props and costumes, to seeing all-new stories and universes for the first time, Comic-Con is flooded with the products of amazing, talented people. If you’re an artist who likes to draw, sculpt, shoot video, make costumes, design characters, write lore or any other seemingly “niche” craft, it’s hard not to see SDCC as a showcase for where your work could be some day.

The release of teasers and trailers also serve the valuable purpose of letting everyone who can’t come join in the excitement. You may not be able to show up in person, but everyone can freak out when a new trailer drops. There may be over 150,000 people at SDCC right now, but millions of us can watch together. And if you don’t live near this con (or want to avoid the hassle of hotels, flights and so on) you can find other conventions like Supanova, Oz Comic-Con or plenty others all around the country. No matter what your interests, you can find something catering to you.

This Convention Proves That Geek Culture Is Everyone’s Culture

SDCC isn’t the only important convention out there. In fact, it could be argued that other, fan-oriented cons are more fun to attend. I regularly go to Dragon Con in Atlanta, one of the largest fan-run geek conventions and it’s a blast. It’s validating to be surrounded by so many people who just get why you like the things you do.

Still, there’s something special about SDCC. Here, it’s not just that other fans are joining with you. Businesses are doing it. Companies come from all over to share even the slightest tease in the hopes of pleasing the fans. Sure, they’re doing it for money, but they’re doing it for our money. Not so long ago, nerd culture was shunned and mocked. If you were into things like comic books, action figures or sci-fi movies, people made fun of you. Years before Star Wars took over the box office in 1977, SDCC was already on the ground convincing people that nerd culture had something to offer.

Now, it’s not “nerd culture” any more. It’s just pop culture. News sites are plastered with coverage of things that used to be niche. Our own sister sites are on the ground covering every cultural phenomenon. Game of Thrones is the biggest television show in history. Marvel’s movie universe is the only film franchise ever to make more than $US10 billion ($13.4 billion). Even indie comics are turning into hit TV shows. These aren’t things that are kept tucked away in tiny groups, and you don’t have to get a special label for liking them. Everyone can participate.

This kind of influence matters. Every movie you watch employs hundreds of artists. Every superhero you see on screen inspires some little kid somewhere (which is also why representation matters). Every time two people bond over a story, it brings down one more wall. In a world where it’s all too easy to get angry and fight with each other, this is a welcome solace. It’s easy to cynically dismiss SDCC as just corporate advertising for movies and shows, but that misses the point. The stories, characters and worlds that nerds have loved for years have value, and now everyone can take part.