Wouldn’t it be cool if your phone knew to enter aeroplane mode when you go to the theatre, or text your spouse when you leave work? IFTTT and Tasker can automate countless tasks like these to turn your phone into an attentive personal assistant. Today, we’re putting them both in the ring to see which one’s better at simplifying your life.

One of Android’s greatest benefits is how much you can customise it to your liking. That doesn’t just mean you can change your font or use a different app launcher. That stuff is child’s play. Automation apps can do everything from switching off Wi-Fi or Bluetooth when your battery gets low to turning your phone into a voice-controlled remote for your living room. Today, we’re looking at two of the most powerful automation tool on Android:

The examples we’ve given just scratch the surface of what these two services can do. If you’re not sure where to start, you can check out our readers’ favourite Tasker actions here. IFTTT also has a huge library of recipes you can browse if you’re not sure how to make your own. You can build on the work that many intrepid tweakers have already done to make your phone do some pretty amazing things.

IFTTT Is Easier to Use But Limiting, While Tasker Is Powerful With a Steep Learning Curve 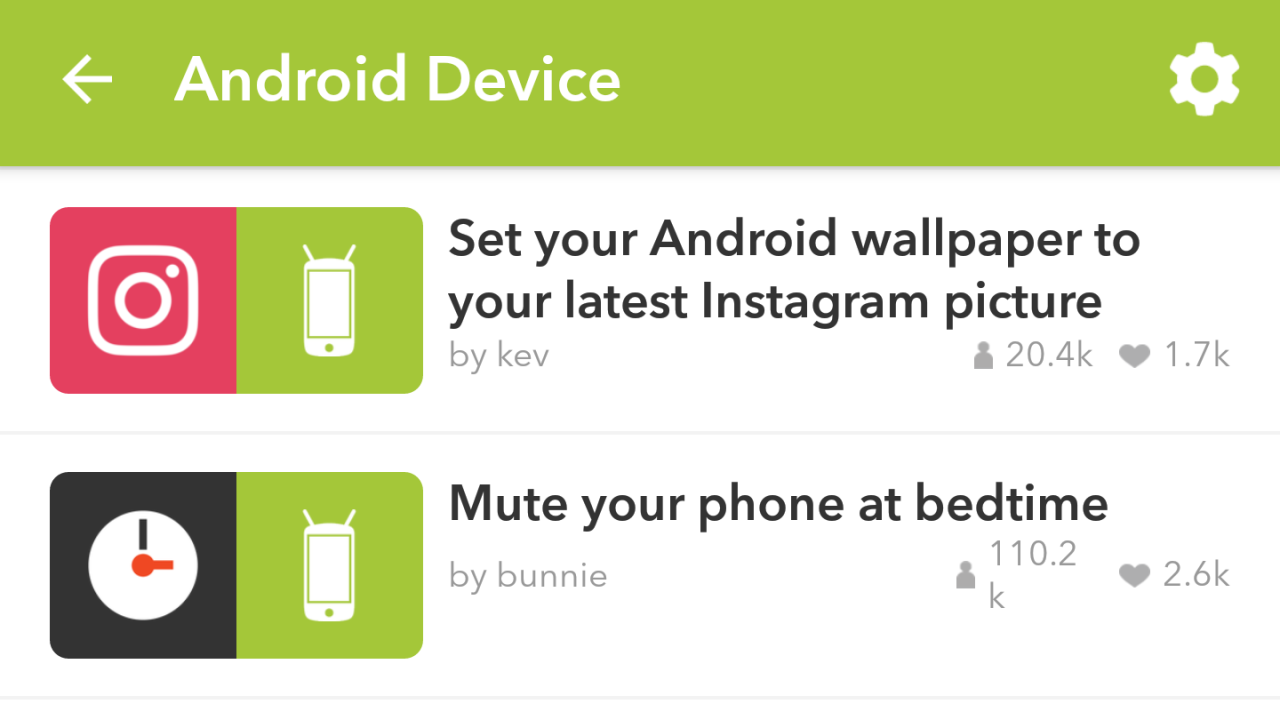 If we were to compare Tasker and IFTTT on ease of use alone, IFTTT would win with no contest. IFTTT’s recipes are built around a simple, familiar programming phrase: if this then that. If your phone leaves the house, turn off Wi-Fi. If Google Calendar says you’re in a meeting, mute your phone. This simplicity, combined with a gorgeous and accessible app design, makes it easy for just about anyone to automate simple tasks.

On top of this, IFTTT already has a huge library of published recipes from existing users. You can browse the library here, select a recipe you like, and click Add. Boom, you’re done. The most you have to do is install the IF app for Android and connect your various services to IFTTT. It couldn’t be simpler, even for beginners. 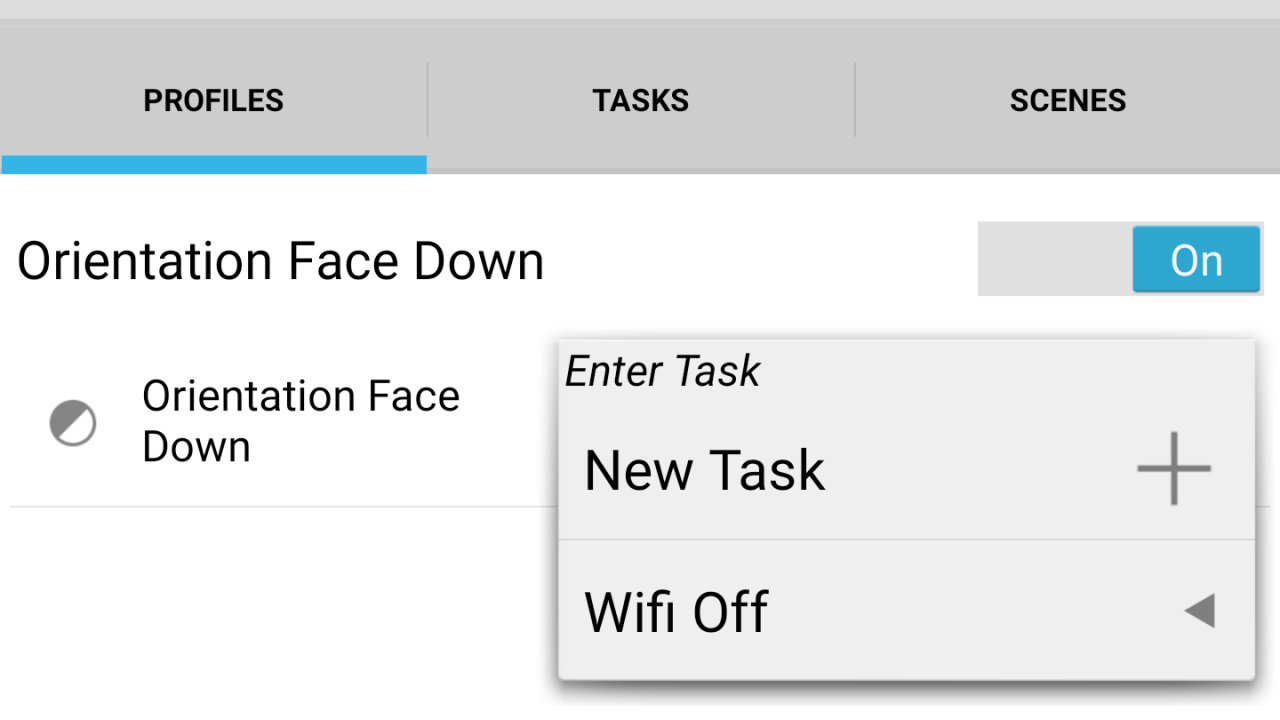 Tasker is on the opposite end of the spectrum. Tasker’s interface is far more complex and the app comes with only the most basic tutorials. We have our own guide here that can help you get started. You’ll also need Tasker’s official wiki to understand many of the features in the app. There are also Tasker-focused user communities can provide templates for how to automate certain actions, and you’ve shared some of your favourite actions too,but if you can’t find an existing action for the thing you want to accomplish, you’re on your own. Unfortunately, being on your own involves a lot of trial and error, research, and troubleshooting. While you don’t necessarily need to be a coder to use Tasker, it will help to at least understand the logic of how automating simple tasks works. Which is more than IFTTT asks of its users.

Once you get over Tasker’s learning curve, though, your reward for climbing that hill is totally worth it. With Tasker, you can do nearly anything with your phone. For example, this person set up voice commands with Tasker to control his lights, TV, and home theatre PC. Another built this makeshift one-handed mode for giant phones. You can use Tasker and a few plugins to make custom voice commands for anything Tasker can do. Most of these aren’t the kind of thing you could set up in five minutes, but Tasker is only limited by how much time you’re willing to put into it. 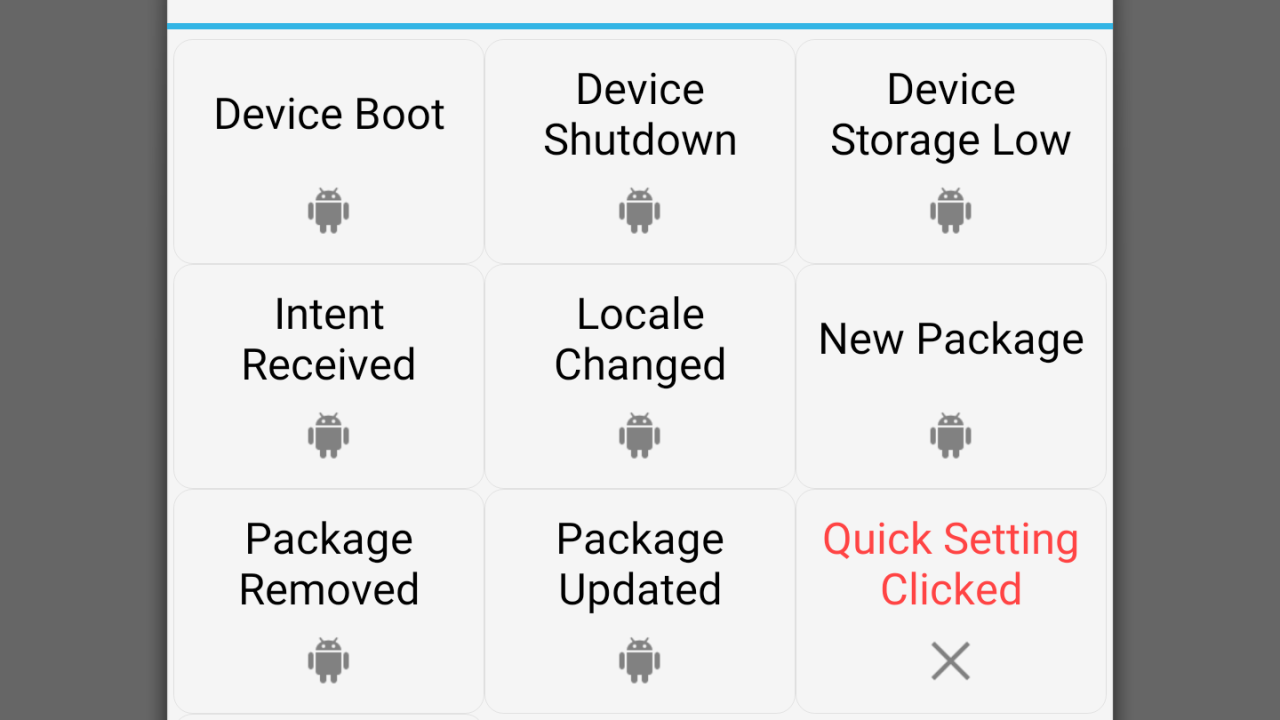 Your average user probably has no idea what half of these Tasker options mean.

Your average user probably has no idea what half of these Tasker options mean. IFTTT, on the other hand, doesn’t give you nearly as much flexibility. You only have a small set of Android actions and triggers to choose from. For example, you can change your phone’s wallpaper, play music on your phone or from your favourite apps, and modify other system settings like volume, Wi-Fi, and more. Unfortunately, you can’t do more complicated things that Tasker is capable of, like create your own voice commands. In fact, you can’t even create IFTTT recipes with multiple triggers or actions. For example, say you wanted to create an action to find your lost phone by texting it, even if it’s muted. You can create one recipe to unmute your phone, and you can create a separate recipe to play a notification sound, but you can’t trigger both actions in the same recipe. This can get complicated if you want to perform two actions from the same trigger, since you can’t determine what order recipes are executed in.

Fortunately, you don’t have to use just one or the other (and we’ll come back to that), but for those who like tweaking their setup, Tasker is going to offer a lot more direct control. IFTTT is perfect for beginners or users who only want to do simple tasks.

Tasker Plugins Give It New Powers, While IFTTT Can Connect to All Your Favourite Services

Tasker and IFTTT are both highly extensible, but in very different ways. Tasker supports third-party plugins, which add new functionality, while IFTTT connects to third-party online services to extend its features. Let’s start with Tasker. Here are a few of our favourite, most useful Tasker plugins:

Third-party plugins are responsible for helping Tasker learn a lot of new skills since it first came out. While you can do some cool things with the basic Tasker app, it’s hard to deny that adding voice commands or Cortana support is pretty awesome. You can find more plugins on the developer’s web site here.

For its part, IFTTT doesn’t have plugins, but it connects to other supported online services. This means that you can change your phone’s wallpaper by posting to Instagram, or turn on your home’s smart lights when you get home. You can check out IFTTT’s massive list of channels here. We couldn’t possibly highlight everything you could do with these, but there are a few that are particularly useful:

These are just a few examples, but you can see how channels that aren’t directly related to Android can still be useful.

Tasker and IFTTT Are Like Chocolate and Peanut Butter: Good Alone, but Better Together

So, after all of that, which one is better? Well, neither one! Tasker is perfect for making creative, complex actions, and IFTTT serves as a simple glue between your phone and various other services. When you use each one for what they’re best at, you can do some pretty amazing things.

For example, you can use Tasker to create a custom voice command that will send a text message to IFTTT, which will then turn on your WeMo light switch. You can use Tasker alone to do this, but it’s more complicated. By using both services together, you can do even more awesome things with your phone, with even less effort.