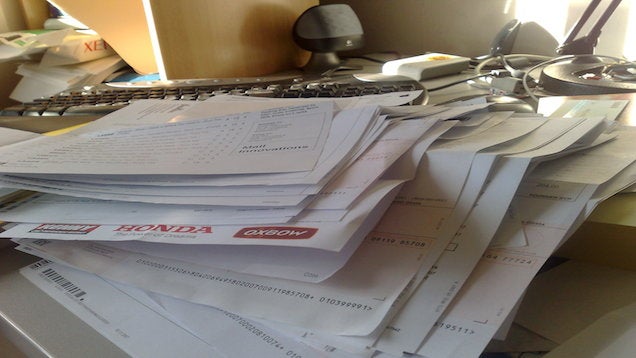 Disorganisation can waste a lot of time (and cause a lot of stress). Productivity consultant Ann Gomez suggests adopting the “one-touch rule”: process that task the first time you touch it.

Committing to this rule helps you get things done right away without a bunch of half-done tasks building up. And, as productivity blog 99u notes, it also builds the habit of starting things only when you’re ready:

It’s a simple trick to help you batch your work into scheduled, focus blocks: you won’t open an email until you’re ready to give it your full attention, or you’ll decline to accept your coworker’s rough draft until later when you know you’ll have the time to sit down and do it.

Of course, not everything can be done this way, but think of it as a guideline more than a rule. Aim to prioritise your work better and stop leaving tasks half-finished.