The Difference Between NVIDIA SLI And AMD Crossfire 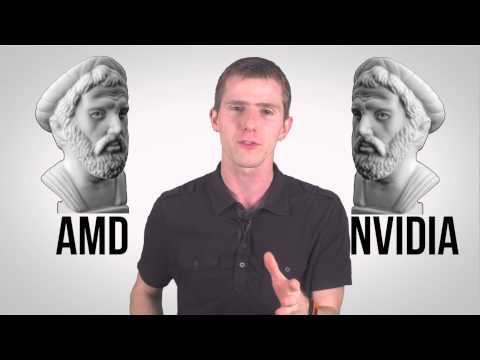 Running two graphics cards in your computer can sometimes be a good way to boost your graphics power, but there are a few critical differences between NVIDIA and AMD when it comes to dual graphics. Linus from Techquickie breaks it down.

If you’re thinking about running two cards, you have one more factor to think about when deciding between NVIDIA and AMD, since they both handle it differently. I highly recommend watching the video to get the full gist, but it boils down to:

In the end, NVIDIA’s SLI is a more constricting but consistent experience, while AMD is more flexible.

All that said, we still think single-GPU solutions are better than dual-GPU solutions, except perhaps in special situations (like multi-monitor gaming, for example). It’s up to you, though, and if you want to go with two GPUs, this video is a great primer on the difference between NVIDIA and AMD’s implementation.

AMD Crossfire vs NVIDIA SLI As Fast As Possible [Techquickie]