How Windows 8.1 Is Now Way Less Annoying With Keyboard And Mouse 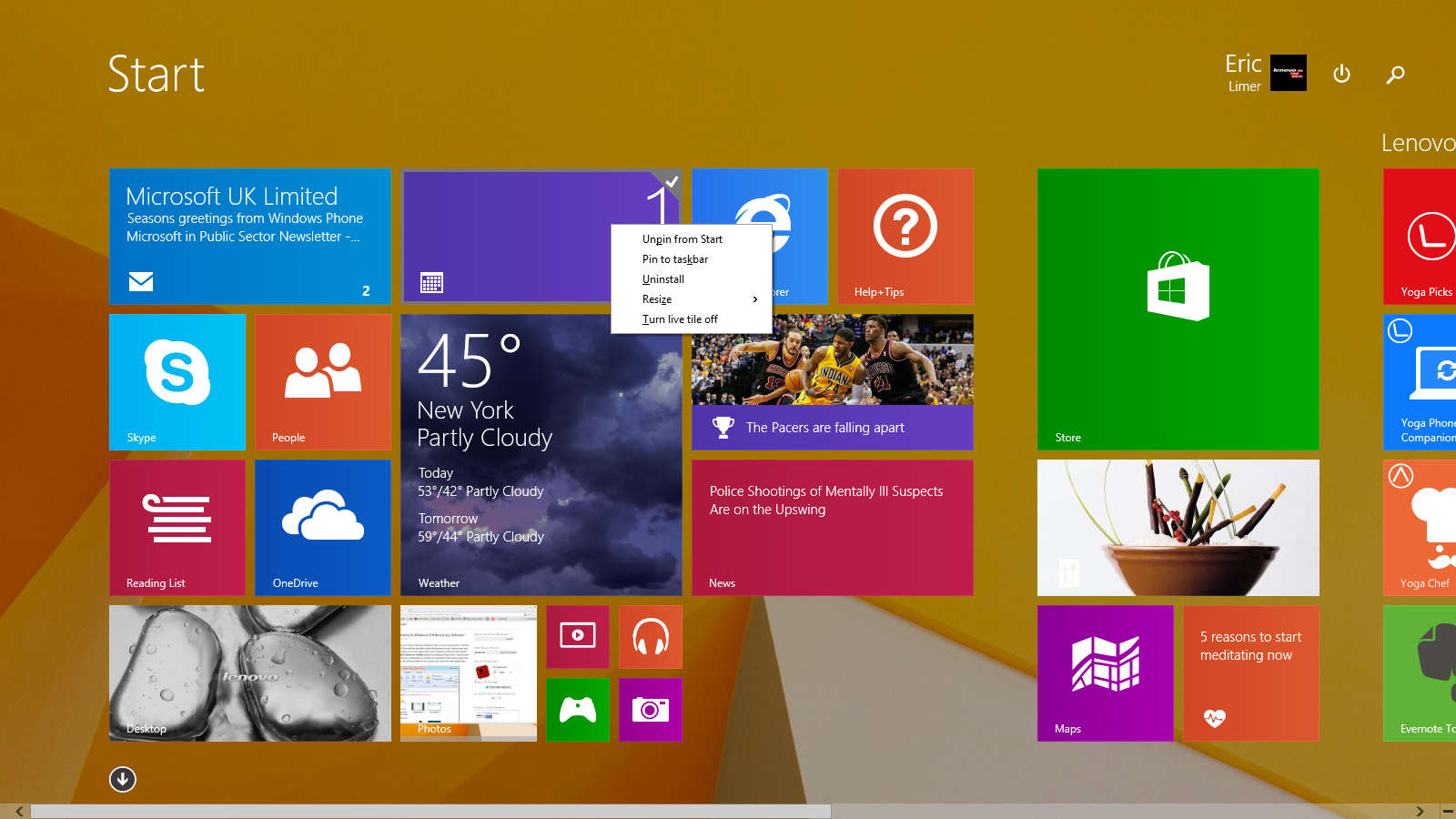 The next version of Windows 8.1 doesn’t have a fancy name — it’s just called Windows 8.1 Update. But when it comes out next week, it will dramatically improve how keyboard and mouse users actually interact with Windows. Here’s what you need to know.

Windows 8 was infamously irritating for experienced users, because the emphasis on new touch gestures meant that many features (switching apps, switching the machine off) seemed needlessly difficult to access. Windows 8.1 made a few changes that improved the situation (the return of the Start button, more visible search boxes). Windows 8.1 Update makes many more changes that re-emphasise the keyboard and mouse. Here are the most important ones.

[related title=”BUILD 2014″ tag=”build-2014″ items=”9″]‘Modern’ apps have a title bar and can be minimised or closed. This is a very sensible switch. Many Windows users minimise apps to get them out of the way; now you can do that with everything if you have a mouse attached.

The Windows Taskbar includes all apps. If you use the Taskbar to switch between apps, it will now show both Modern and older apps. The taskbar is also visible if you hover over the bottom of a full-screen modern app.

More right-click menus. You can now right-click to change more options for apps on the tiled Start screen. Additionally, you can select multiple tiles by holding down Control while you click — another familiar convention Windows 8 ignored on the Start Screen.

Settings, power and Search on the Start screen. There are now buttons for all these options in the top-right of the start screen. This is a sensible move — “how do I switch this thing off?” is still the most common question I encounter from new Windows 8 users.

Windows 8.1 is being released on 8 April (we don’t yet know if that means Australia gets it first or whether we’ll have to wait until 9 April), and will be a free update for Windows 8 and Windows 8.1. Developers with an MSDN subscription can download the update immediately.

Note that this update doesn’t include the return of the Start menu — that will come in a future release, apparently. So despite these improvements, adding third-party software to return it still makes sense.

Disclosure: Angus Kidman travelled to San Francisco as a guest of Microsoft.