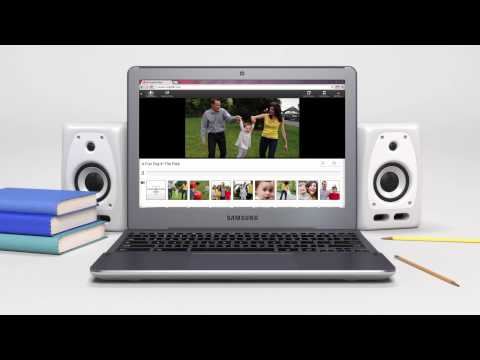 The Chromebook has been updated with a sleeker design, more powerful internals (up to three times faster than the old model, according to Google), and the new version of Chrome OS sporting its desktop, taskbar and window manager. It also has much better trackpad support and an improved remote desktop tool.

More interesting, though, is the Mac Mini-sized Chromebox that brings Chrome OS to desktop computers, complete with a number of ports (six USB 2.0 ports and two DisplayPort++ slots), support for multiple monitors, and a $US329 price tag. Chrome OS devices haven’t exactly set the world on fire to date, and we haven’t seen any officially released in Australia. Time will tell if the new interface and the addition of a desktop model will make the platform successful enough for a proper global release.

Existing Chromebook users should be able to update their version of Chrome OS soon if they haven’t already. Of course, you can always put together your own Chromebook or Chromebox with Chromium OS, too.