Apple Music Can Give You Spotify Wrapped-Style Stats, Sort of

At the end of each year, Spotify’s Wrapped feature takes over social media, as seemingly all of your friends start sharing their year in music — the one song they played the most, the artists in their top 5, the genres that define their taste. Unfortunately, you use Apple Music, so you’re out of luck.

Well, not entirely: Though Apple Music doesn’t make it nearly so easy to view this data or to share it with friends, the service does log some nifty playback stats. If you’re feeling left out because you didn’t choose Spotify, there are a couple ways to get what you need from Apple Music so you, too, can impress the world with your excellent taste in tunes. Here’s how to do it.

How to use Apple Music Replay to find your playback stats 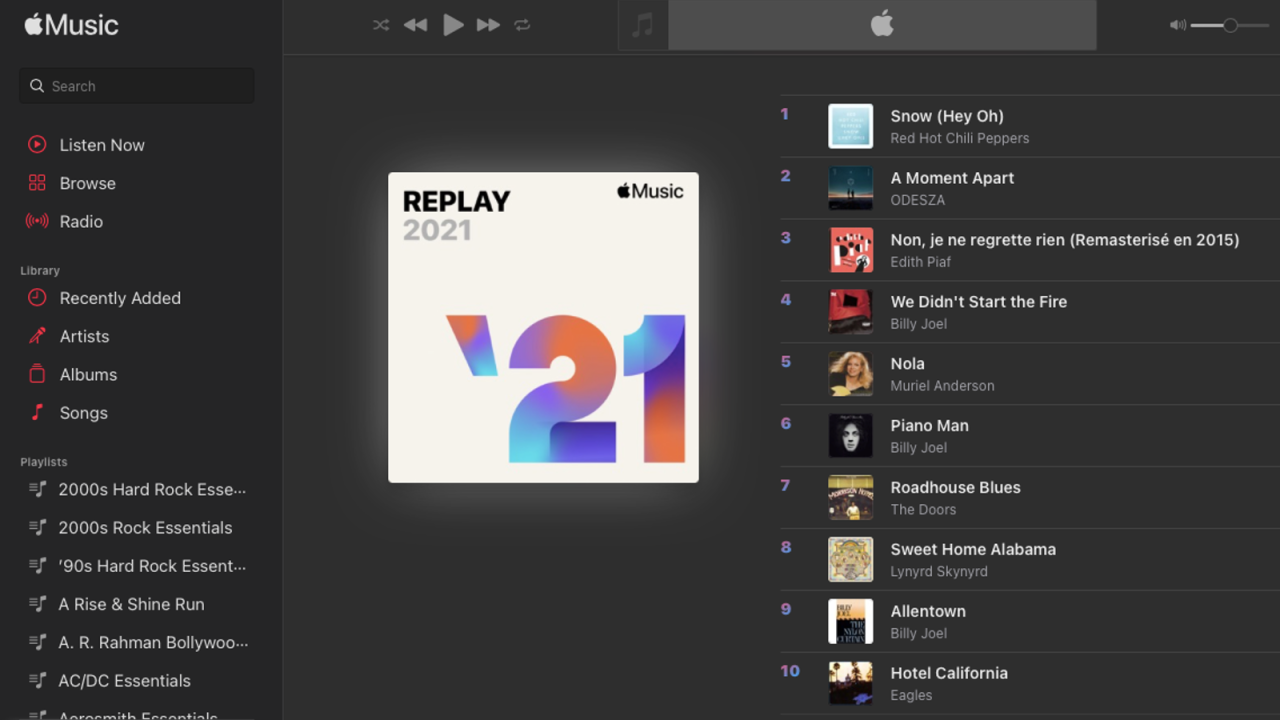 Apple almost goes out of its way to hide your playback stats from you, to the point that there’s no way to easily access those numbers from Apple Music’s apps. However, you can visit Apple Music on the web to find them (sure, OK). Here’s how to do it:

Apart from most played songs and total listening time, Apple Music lets you see which artists you played the most, and how many hours you’ve spent listening to music by each of them.

If sharing is important to you, there are third-party apps that let you access your Apple Music stats in a much more attractive and in-depth fashion than Apple’s own offering. There’s a caveat, however: None of them apps can access historical data to give you all-time Apple Music stats; they simply start gathering your data at the time you install them.

That means you can’t get playback information from time periods before you installed the app. This makes them less useful immediately, but over time they gather and present your listening data much better than Apple does. Something to plan on for next year — so here are a few options to consider. PlayTally ($US1.99 (A$3)) takes an Apple Watch-like approach to your Apple Music playback stats. It has an entire section labelled Trending, where you can see the music you’ve often listened to and spot your listening patterns. It also has Apple Watch-style awards for hitting certain milestones, such as playing a certain number of songs. There are even silly awards, such as one for playing “Never Gonna Give You Up.” Snd.wave is free to download and uses a different presentation style than PlayTally, focusing more on highlighting the number of minutes you listened, and its graphics may appeal more to some people. Snd.wave also gives you access to neat shareable cards featuring your music stats, which is a lovely feature. The $US2.99 (A$4) premium tier allows you to access more data about the song you’re currently listening to, produces better charts and graphs for your music, and will also remind you of songs that used to be in your frequent rotation in the past.

Perhaps Apple will eventually realise people are interested in the social aspects of streaming music, but until then, you’ll have to make do with what you have — or give in and finally switch to Spotify.