As a child, I had this bit where I’d attempt to delay my bedtime by asking my mother to read me a story, and then returning with the household copy of the unabridged Webster’s Dictionary after she sent me to pick out a book. (I’d imagine this was a common kid strategy until relatively recently). We had the 1966 version, which weighed about 5 kg and was almost 30 centimetres thick. As I got older, I’d actually use it to actually look up words.

Though these massive doorstop volumes may no longer be common household objects, that doesn’t mean we don’t need dictionaries — they’re just online now, for the most part. And while it’s tempting just to do a quick Google search and use the first definition that pops up for a word, that’s not the only option. And, according to Mark Frauenfelder of Recomendo, the best option is the 1913 Webster’s Dictionary. Here’s why and how to use it.

How to use the 1913 Webster’s Dictionary

As it turns out Frauenfelder discovered the online version of the 1913 Webster’s Dictionary from a different newsletter of recommendations: Friday Finds from David Perell.

Apparently, Perell uses this 107-year-old dictionary because he thinks “modern dictionaries have lazy definitions that focus too much on simplicity at the cost of precision.” Frauenfelder agrees with this assessment, and adds that he loves “the extreme simplicity of the interface,” noting that “it’s worth bookmarking.”

So without further ado, here is the link to the 1913 Webster’s Dictionary.

Just for an example, let’s look at the definitions for “calendar” in the 1913 Webster’s Dictionary versus the online version of the Merriam-Webster Dictionary available today. 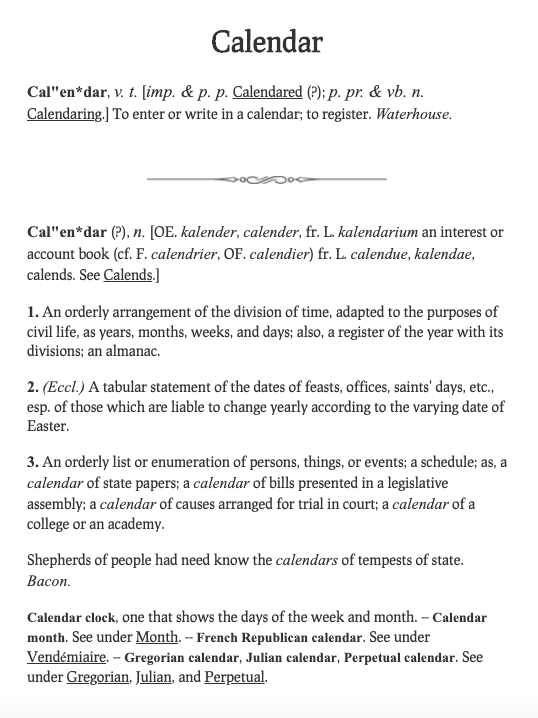 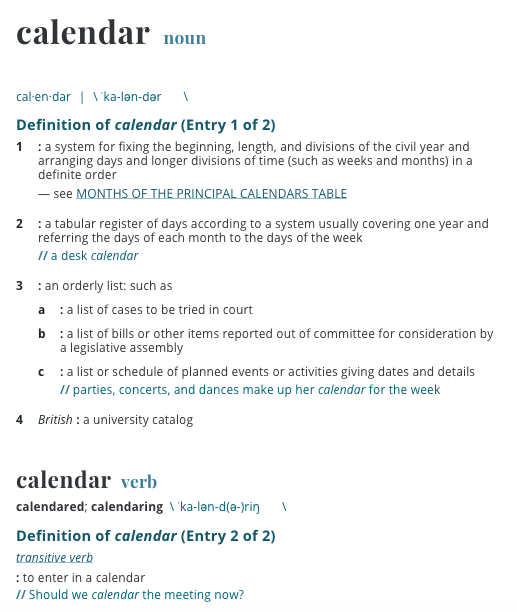 Feel free to do your own analysis, but at least know that the 1913 version is around if you need it.