Take a Virtual Drive in a Mars Rover

If you’ve ever aspired to be a real-life Mark Watney — collecting samples of rocks and dirt on Mars — now is your chance. With NASA’s AI4Mars project, you can take a virtual trip around the red planet in the Curiosity rover.

The simulation, designed by a team at NASA’s Jet Propulsion Laboratory, asks users to help classify Martian terrain. You’ll label images taken by Curiosity from Mars’ surface (as sand or bedrock, for example), and scientists will use the crowdsourced data to train a future rover to better navigate around dangerous obstacles.

Mars rovers have a tendency to get stuck in the sand — and sometimes aren’t able to get themselves out — so the project aims to make rovers like self-driving cars. In order to explore space without a human crew, the vehicles have to know “where it’s safe to drive, land, sleep and hibernate.”

When you open the classification tool, you’ll be instructed to select different surface types (rocks or soil) and note areas of a surface image using a drawing tool that include your chosen type of terrain. Once you’ve identified everything in the image, select “Done” to move onto the next photo. 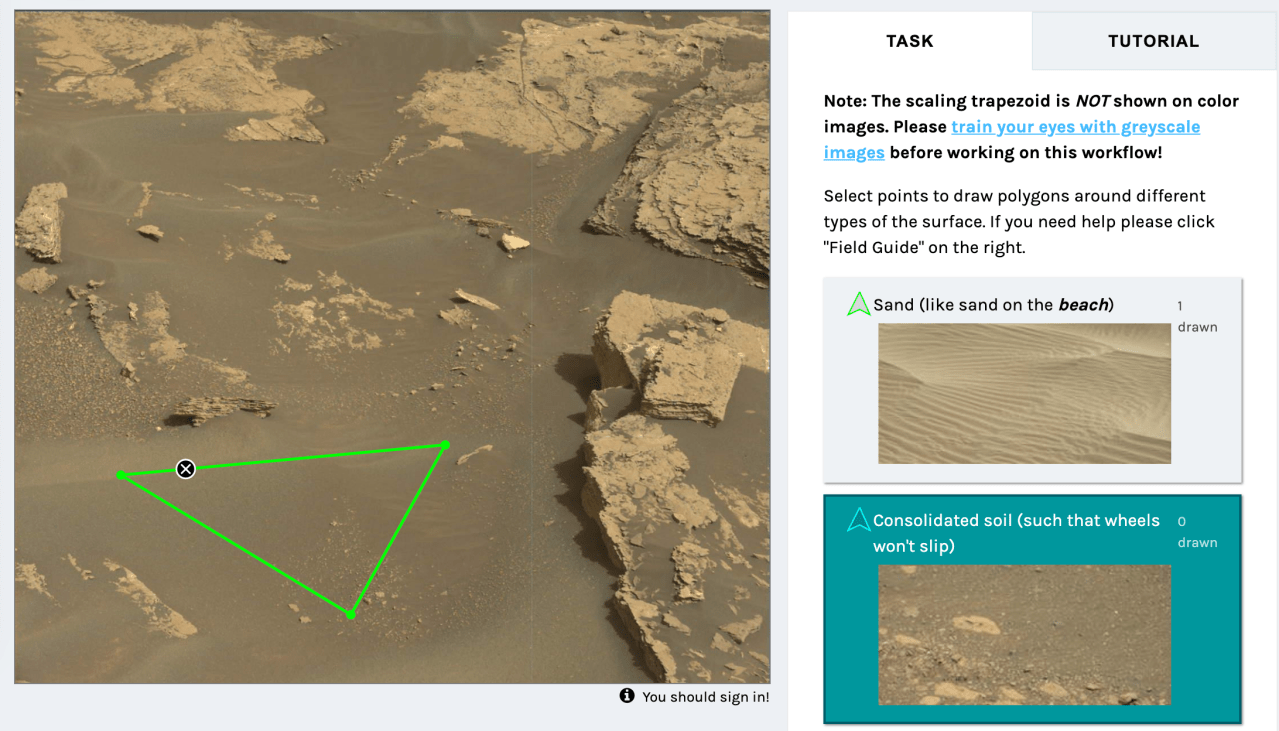 There’s a helpful tutorial popover (click “Tutorial”) and a discussion board where you can ask questions or troubleshoot the tool.

This same crowdsourcing concept has been used to train neural networks on cityscapes and house numbers back on Earth.

To be clear, you won’t actually be piloting Curiosity around the Martian surface, even virtually — this is not a video game. But you will get a close look at the surface of Mars and contribute to scientific discovery at the same time.