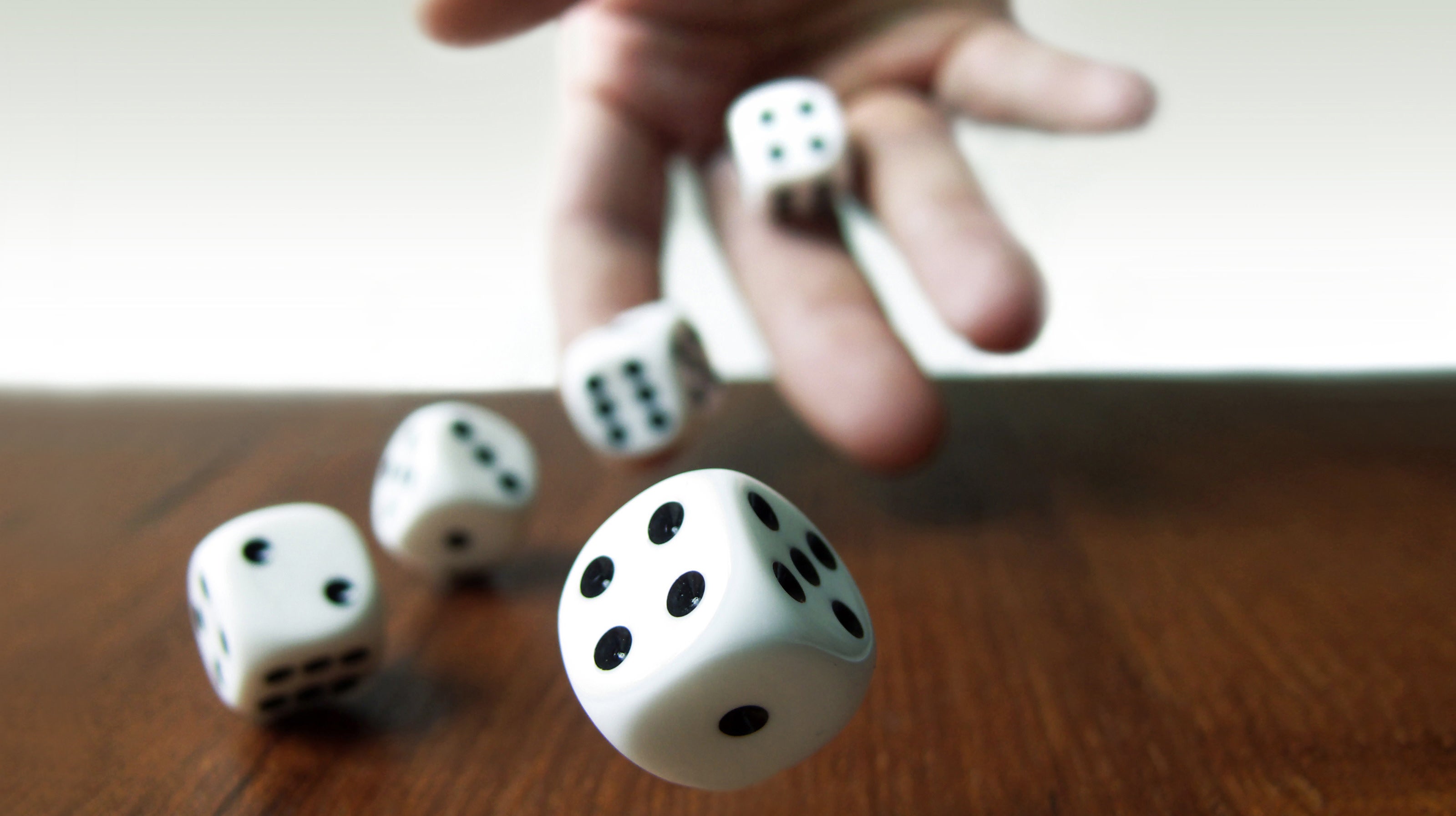 Since California’s stay-at-home orders began in March a group of friends and I have had a standing Saturday night virtual game night. I think the first week we played we ended up just playing knockoff versions of Cards Against Humanity and Pictionary, but each week we’ve ended up adding a new game or two into the mix.

Finding new games was surprisingly hard to do. While there are hundreds of online versions of everything from Yahtzee to Monopoly, finding a version that doesn’t cost a bundle that you can play with your actual friends rather than random people is a bit of a challenge.

If you, too, are stuck in the Cards Against Humanity and Pictionary game night rut, here are a few more options tested by me over the past few weeks. Found something awesome I didn’t mention? Tell us what you’re playing in the comments. 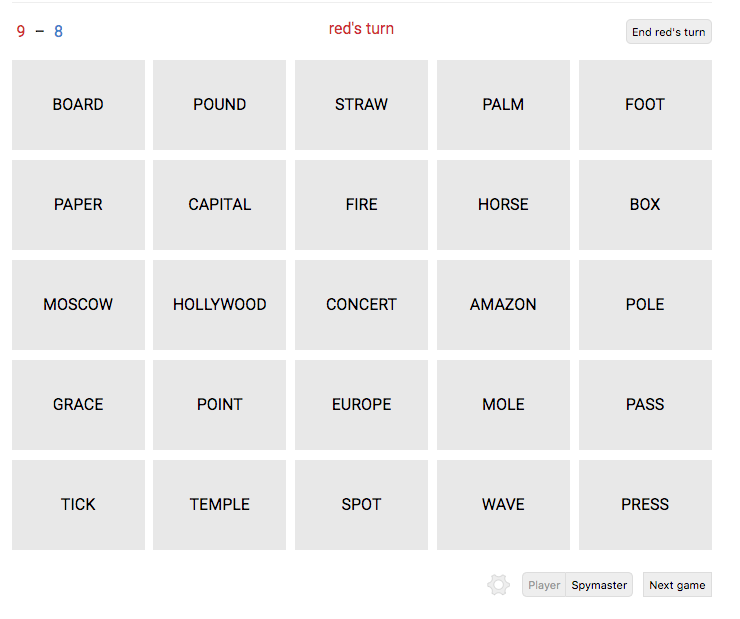 I had never heard of Code Names until a friend suggested it to our group, but the premise of the game is pretty simple. Divide your group of friends into two teams: red and blue. Typically you would play with actual cards, but in this virtual experience you’re going to go to this site. You’ll create a unique URL for your crew so you’ll all have the same game card.

One person on each team becomes the “spy master” they’re going click on that “spymaster” button at the bottom right side of the page, which will show them which cards are red and which ones are blue.

The game is played by each team’s spy master trying to give their team a one-word clue and a number to help them guess the words on the screen for their colour. So you might say “Russia, 2” to get someone to guess Moscow and Europe from that screenshot above.

The turn is over if your team picks a wrong word, either one that belongs to the other team or one of the many neutral words on the screen. There’s also a death word, that if either team selects that the game is over.

It took us a round or two to all figure this one out, but afterward it became one of our group faves. If my instructions were too hard to understand here, here’s a video of some guy explaining how to play the card version:

Early on in the pandemic a friend recommended Quiplash to me, a suggestion I didn’t actually listen to until last week. I wish I had earlier.

You probably know Jackbox Games for its trivia game “You Don’t Know Jack.” The company actually has a ton of games that it sells in packages called party packs. We started out last week with Party Pack 3, and this week I purchased Party Pack 6 for us to add into the mix because we had so much fun.

Each pack includes five different games. In a normal world you would put the game on your television, and then your friends would use their phones as controllers. For virtual gameplay, things work almost identically. You load the game up on your computer and share your screen with your friends. They connect to your specific game via Jackbox’s website courtesy of a four-digit code.

It’s super simple, even if your friends have maybe had a few beers before you start playing.

All of the games take 20 minutes or less to play and we haven’t hated any of them. This past week we actually ended up playing only Jackbox-made games for what turned into a 5-hour game night. They’re really a lot of fun.

The Party Packs aren’t free, but they are cheap. Only one person needs to buy one (the person that’s going to share their screen), and prices for the 6 available packs range from $US12.49 ($19)-$US20.99 ($32). It’s not a tremendous investment, and you’re getting 5 games for less than what you probably would have paid if you picked up a round at the bar.

Virtually any dice game you like can be played online. Some friends and I love playing Quixx when we’re out at bars, and we’ve been playing it a good bit over video chat, simply using our own dice and scoresheets at home.

Dice games are for the most part super easy to make happen, especially if you have physical score sheets in one of your homes to keep track for everyone or if you’re able to find an online version of the score sheet for your fave dice game. 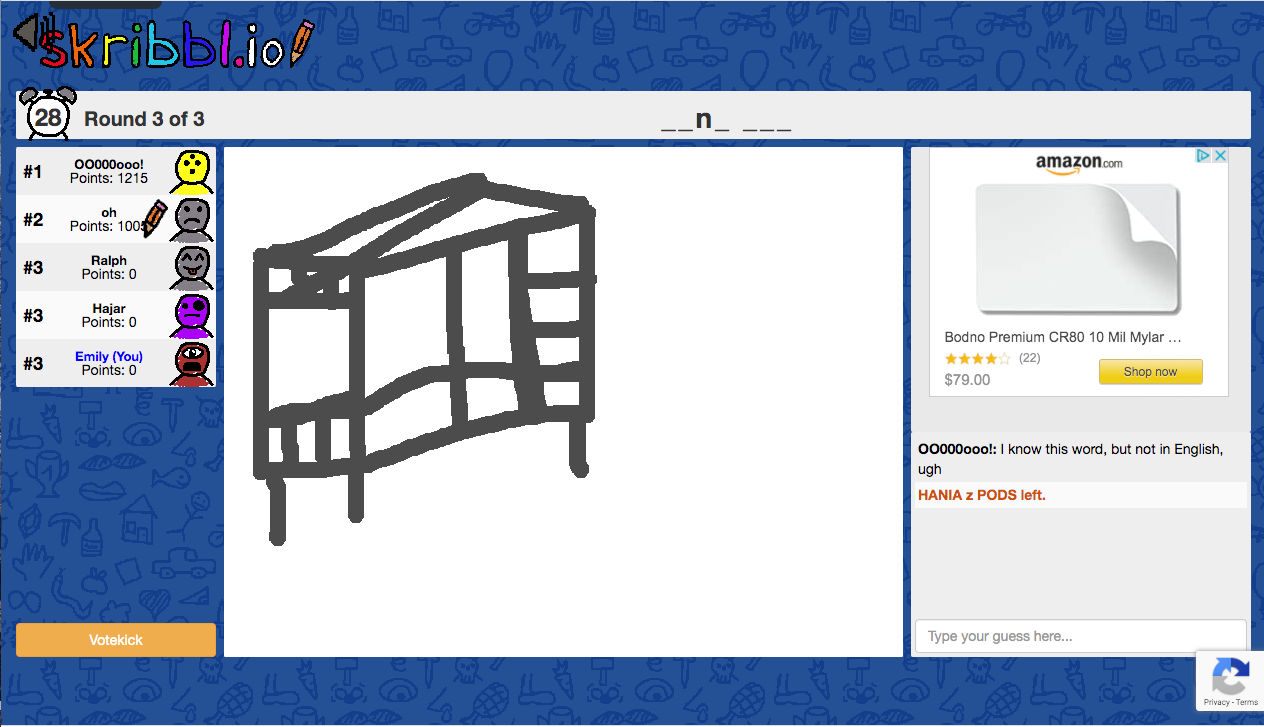 You may have already found this one in your pursuits, but we’ve all really enjoyed playing Skribble. It’s essentially a knockoff version of Pictionary. The site makes it super easy to create a room for just your friends and automates the process of figuring out whose turn it is to play.

Word suggestions are made by the game (you can pick between three) and you can also input your own inside jokes and what not so they show up as potential options.

My favourite part of this is people guess by typing their answer in, which means you don’t have to figure out which of your friend’s voices yelled out the correct answer first through Zoom. The game also keeps score, and if you’re feeling lonely on a non-game night you can also play with strangers via the site.