Red Dead Redemption 2 is not for kids. Rockstar Games’ sprawling Western video game is rated M for violence, torture, foul-mouthed cowpokes, and many more mature delights. Luckily for gaming parents, though, theÂ most disturbing, antisocial and gory mayhem is either found in the game’s missions or is a result of player choices.

So, if you make the right choices, playing Red Dead 2 can be as wholesome as a Roy Rogers Western, and you can save the bloody shootouts and train-robberies-gone-wrong for after the little ones go to bed.

Below are some of the many things you can do in-game to render it appropriate for kids but still fun.

Avoid Missions at All Costs 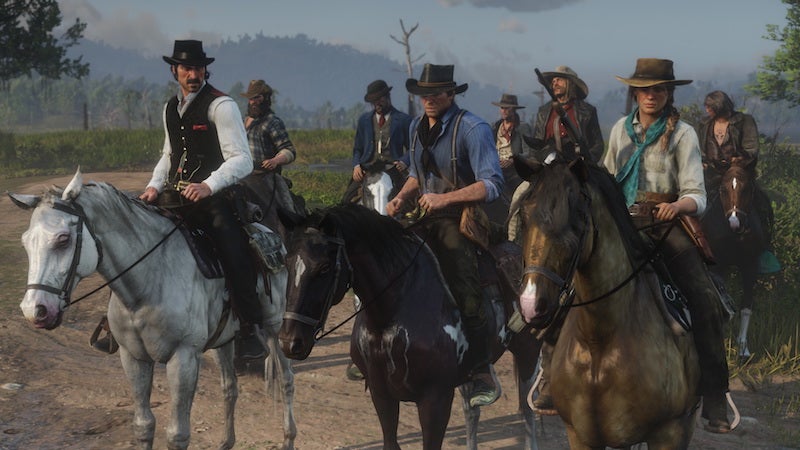 It’s tempting to swing by the campsite to see what Dutch and the gang has cooking, but if you want to filter out disturbing content, don’t do it. Dutch and his flunkies almost certainly need your help with a “foolproof” robbery, but it’s going to go horribly wrong, and you’ll have to shoot your way out, so unless you want your kid asking, “Daddy, why did you blow that policeman’s head off?” avoid missions altogether.

By the same token, don’t stop to talk to strangers by the side of the road. These pop-up missions might seem like a chance to teach your kid the importance of helping others, but sometimes the strangers-in-need are fellow highwaymen looking to rob and/or murder Good Samaritans, so it’s best to ride on by.

Play the Many Mini-Games

Red Dead Redemption 2’s mini-games can provide hours of kid-friendly fun, as long as you don’t have a problem with low-stakes gambling. Opportunities to play cards and dominoes are scattered all over the map, so you and your kid can set a spell with the locals and earn a little extra money while you do it.

Texas Hold ‘Em is a perennial classic, and playing it can teach your kids the basics of poker, but the yokels and city-slickers that populate Red Dead 2’s card tables sometimes tell salty stories, so maybe keep the volume down while you play.

Blackjack is fun too and will teach your child how to add to 21. You could even use it to teach basic card-counting technique, so your child can have a career option later in life.

Red Dead 2 features three different varieties of dominoes: All Fives, All Threes and Draw. It’s a simple enough game that even the youngest can enjoy, and while the dominoes stakes are low, every little bit of money will help after junior goes to bed and you visit the gun shop.

Avoid the Five Finger Fillet mini-game at all costs. You do not want to encourage your child to put his hand down on a table, pick up a knife, and see how fast they can stab the space between their fingers. Imitating this in real life will result in a ruined coffee table at best and a trip to the ER at worst. 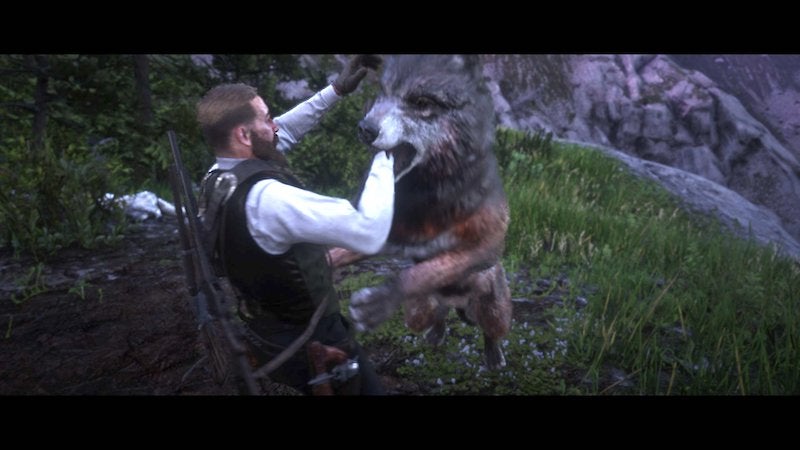 If you’re OK with exposing your kid to the primal violence of hunting and skinning game, you can spend hours tracking and bagging all kinds of animals, from mangy lil’ varmints like muskrats and rabbits, to legendary beasts that will give you a unique in-game items (if they don’t kill you first).

Hunting in Red Dead 2 is more than just “find animal, aim weapon, pull trigger.” You have to track your prey, use the right kind of weapons to kill them without damaging their valuable pelts, and use scented bait and stealth to sneak up on them. If you can put up with the realistic animal skinning, you and your child can have hours of fun enjoying fake nature while you stalk and kill God’s majestic creatures.

If you’re an animal-rights type, you can just study and photograph Red Dead 2’s wildlife without slaughtering them, adding their stats and descriptions to the game’s wildlife compendium. But beware: Predatory animals will attack, so you might have to blast a bear or two to save your own hide.

Or Try Some Fishing

Like most everything in Red Dead 2’s open world, the fishing system is complex and rich, but can be mostly ignored if you choose. But don’t ignore it. It’s crazy fun and relaxing to try to hook the huge variety of fishies swimming about in the game’s rivers, lakes, creeks and oceans.

Most of the “rules” of real fishing apply here, so you’ll need the right bait to catch the right fish, and you’ll catch more of them at dusk than high noon.

Once you’ve mastered the basics of the hook and reel, you can try your luck at catching the game’s legendary fish, and have a great tale to tell down at the local bait shop. You even have the option of tossing fish back into the water if you’re a catch-and-release kind of cowpoke.

Picking Daisies on the Prairie

There are a ton of different useful plants scattered around the Old West, so if your kid is a budding botanist, you can pick flowers all day, then sit down by the campfire and craft medicinal tinctures, salves and ointments that you can sell, use or feed to your horse. You can get into cowboy cuisine and improve the meat and fish you caught with spices you picked yourself.

Finding rare plants can provide hours of fun, as you’ll have to explore the game’s detailed, immersive environments and ride or climb to remote areas to track down the most exotic herbs and spices. 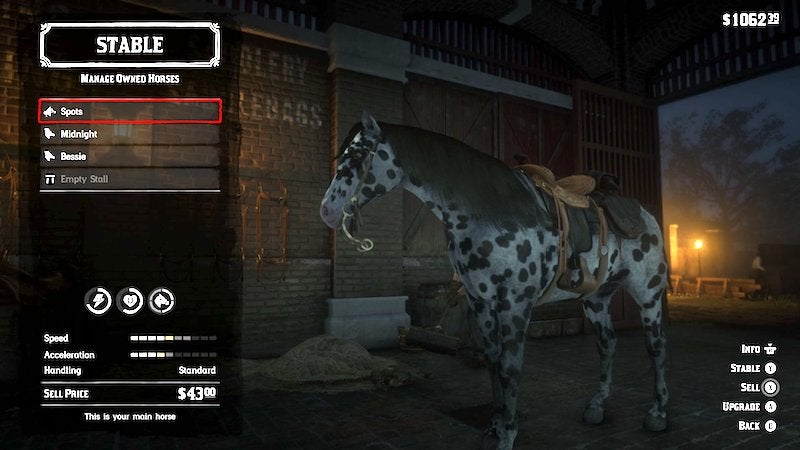 The only people who love horses more than cowboys are little girls, so if you have an equine-obsessed youngster, Red Dead 2 will give you hours of horse-centric entertainment to bond over.

You can tame, steal or buy a load of breeds, from gentle Tennessee Walkers to majestic wild Arabians. Once you’ve bonded with your animal, you can name them “Buttercup” or “Kill Machine,” feed and groom them, and even buy fancy new saddles and tack to keep them looking spiffy.

The real joy of horses is, of course, riding them, and the game’s challenge system provides a bunch of horse-related tasks, but be forewarned: Some challenges involve dragging people behind your horse or trampling small animals.

High Fashion on the High Plains 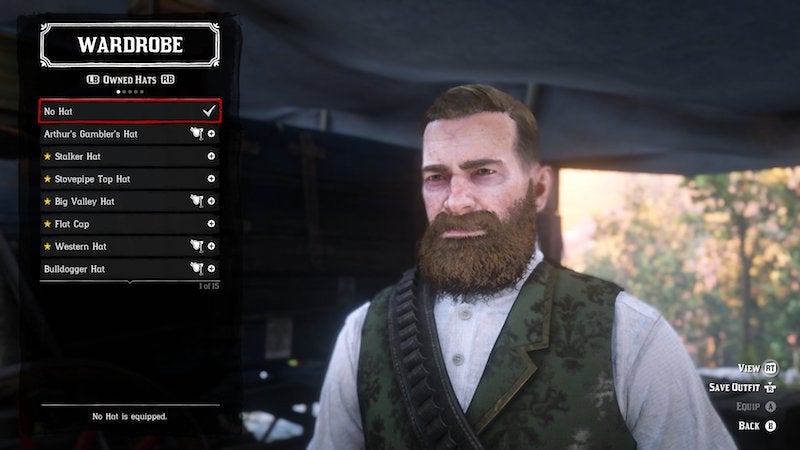 Fancy styling isn’t just for horses. If you and your kid want to play dress-up, Red Dead 2’s outlaw antihero can be a fashion icon. You can dress Arthur any way you like — from a destitute dirt farmer in rags to a rococo fashionista rocking a paisley vest and top hat. You can change your clothes every morning at your camp or hotel room. Outfits and accessories are available at any general stores, and you can visit a tailor and barber in the big city for more urbane looks.

The main character’s hair and beard grow throughout the game, so you can give him awesome handlebar moustaches, keep yourself clean by shaving every day, or pair a slicked-back ‘do with a huge beard like an Echo Park hipster. You can even pick up some hair tonic at the general store to make your hair grow faster.

There are a variety of magic lantern shows you can enjoy in the small towns of Red Dead 2 for a low price, and once you make it to the big city of Saint Denis, you can catch a proper burlesque show that doesn’t get any racier than can-can dancers from Paree.

I probably wouldn’t have stuck around to watch these animated shows if I was playing by myself, but I checked ’em out with my kid, and I’m glad I did. They are a hilarious little detail that brings the world of Red Dead 2 to life.

Become the Friendliest Outlaw in the West 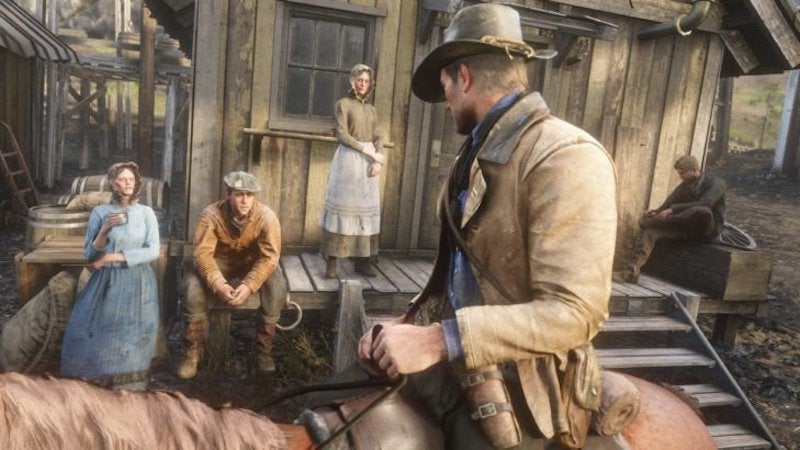 I discovered the hilarious pastime of just saying “Hi!” to everyone while playing Red Dead 2 with my five-year-old niece. Imitating her outgoing nature, she and I went to the big city and just hit “greet” to everyone we saw.

You don’t get any kind of in-game reward for being neighbourly, but it’s hilarious to watch a grizzled cowpoke rush around the streets like a caffeinated toddler doffing his cap and screaming “Howdy, ma’am!” and “Good morning!'” to every passerby. We didn’t run into any unfriendly people, but all my bounties were paid off and I was dressed up in my fancy clothes, so your mileage may vary. You could even use it as an opportunity to size up some marks to rob after the kid goes to bed.

If you’ve been playing Red Dead Redemption 2 with your kid, leave suggestions below for fun, G-rated in-game activities.