Test Your Trivia Knowledge Using This Database Of ‘Jeopardy!’ Questions 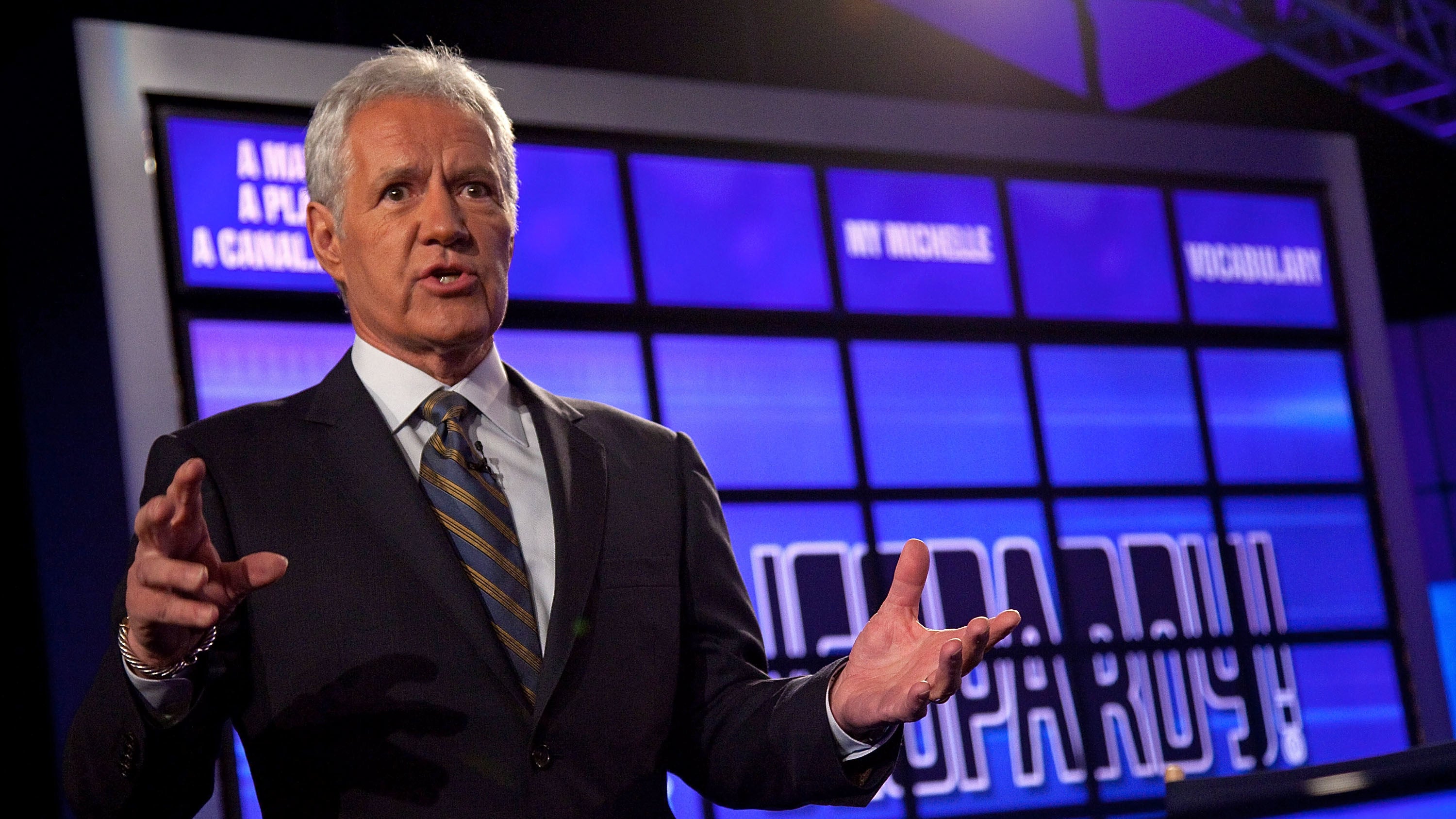 Jeopardy!’s “Greatest of All Time” tournament is in full swing. And if you haven’t gotten your chance to compete on the show just yet, now you can do the next best thing.

A group of die-hard fans has created a database of Jeopardy questions and answers across all 36 seasons of the show, known as the J-Archive“yes, someone took the time to review VHS tapes of early Jeopardy! seasons to compile nearly 36 years of trivia questions. Visit the website, click on any random season and episode, and you’ll find the gameboard and questions for each respective round (barring those questions that were not picked by the contestants and never revealed).

Feel like testing out your knowledge? Just hover over the dollar value above the question to find its answer. You’ll even find a wagering calculator that’ll help you decide how much to bet on the final round question if ever you find yourself in a real-life Jeopardy! scenario (or while playing the mobile version of the game”I do and it’s addicting). 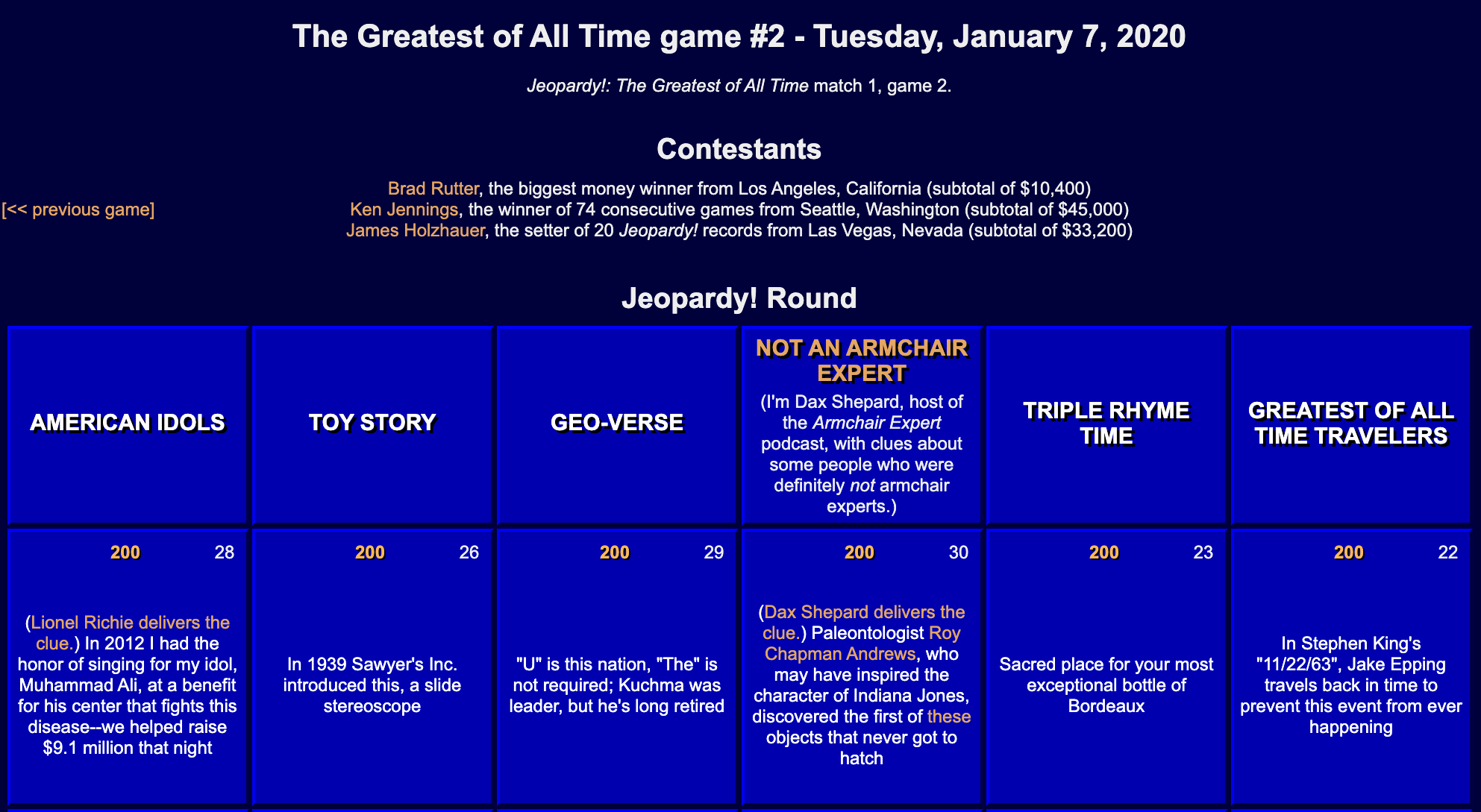 Let’s try it out, shall we? The category is “anagrams.” For $200, an American symbol: Bagel Deal. Think hard. I’ll give you a second. What is a bald eagle? You got it. This question appeared on January 7, 2020’s episode.

Here’s another: The category is “medicine.” For $1,000, from Latin “to please,” medicine given just to humour a patient. Think about it. Think about it harder. What is a placebo? You’re a genius! This question appeared on season 1 of Jeopardy! in 1984.

Last question: The category is “astronomers.” This man’s name was given to a comet that crashed into Jupiter in 1994; he’s the only human whose remains lie on the Moon. Who is Shoemaker? That’s correct! This was the final round question during night one of “Greatest of All Time” tournament. (Ken Jennings won the night.)

If you’re a trivia fan, the site might be a fun diversion during your lunch hour. And if you need a little encouragement, here’s an Alex Trebek soundboard to get you through the day.