In 2005, two recent university graduates launched a website with a simple idea: They would let the online community decide what was newsworthy and what wasn’t by letting them post their own links and information. They’d then allow the site’s users to vote on those posts, with the idea that the very best would rise to the top.

Twelve years on, Reddit still has the same philosophy at its core, with about one billion users per month checking in to “the front page of the internet”. Yet if you’ve never plunged into the world of upvotes and downvotes, subreddits and multireddits (and basic “reddiquette”), the site can seem a little overwhelming. Below, we have all the basics you need to get set up and voting, commenting and posting in no time.

Getting Set Up With Subreddits

As with most sites these days, to participate in Reddit, you’ll need to sign up for an account through a quick and self-explanatory process (login and account setup prompts can be found at the top right of the homepage).

Once that’s done, you’ll want to add some subreddits to your account. Subreddits are like individual message boards devoted to one particular topic, and there are thousands of them on the site including everything from r/news to r/showerthoughts. All subreddit names begin with a lowercase “r” followed by a slash, then the name of the subreddit. Each subreddit is hosted by a moderator and comes with its own rules regarding posts.

To find the subreddits that interest you, simply enter a topic in the search box in the upper-right-hand corner of the homepage and hit enter. You’ll be taken to a page with a list of suggested subreddits on that topic. Find the ones you like and click on the green “subscribe” button and you’re done.

Now, when you return to your homepage by clicking on the word “reddit” (or the little alien guy) in the top left, posts from that subreddit will be listed. Adding more subreddits will make this page richer, as it will show a feed of posts from all the subreddits to which you’re subscribed.

As you subscribe to subreddits, you’ll see them listed across the top of your Reddit homepage. If you want to check in on a particular subreddit, simply click on its name up there and you’ll go to that specific topic’s page. Posts on all subreddits are arranged according to how many upvotes they have received, but Reddit will also give recent posts a prominent place in the feed in order to give them a chance to be seen and voted on.

The idea that the community decides the content that sinks or swims on Reddit still forms the basis of the site. If you like a particular post, you can show your appreciation for it by clicking the up arrow, or “upvoting” it. If the post doesn’t quite get your motor running, you can express your displeasure by clicking the down arrow, or “downvoting”. To the left of every post you’ll see a grey number with an arrow above and below it. The number represents the post’s rank — the number of upvotes minus the number of downvotes.

The same system works for comments as well. You’ll find the up and down arrows next to every comment beneath a post. 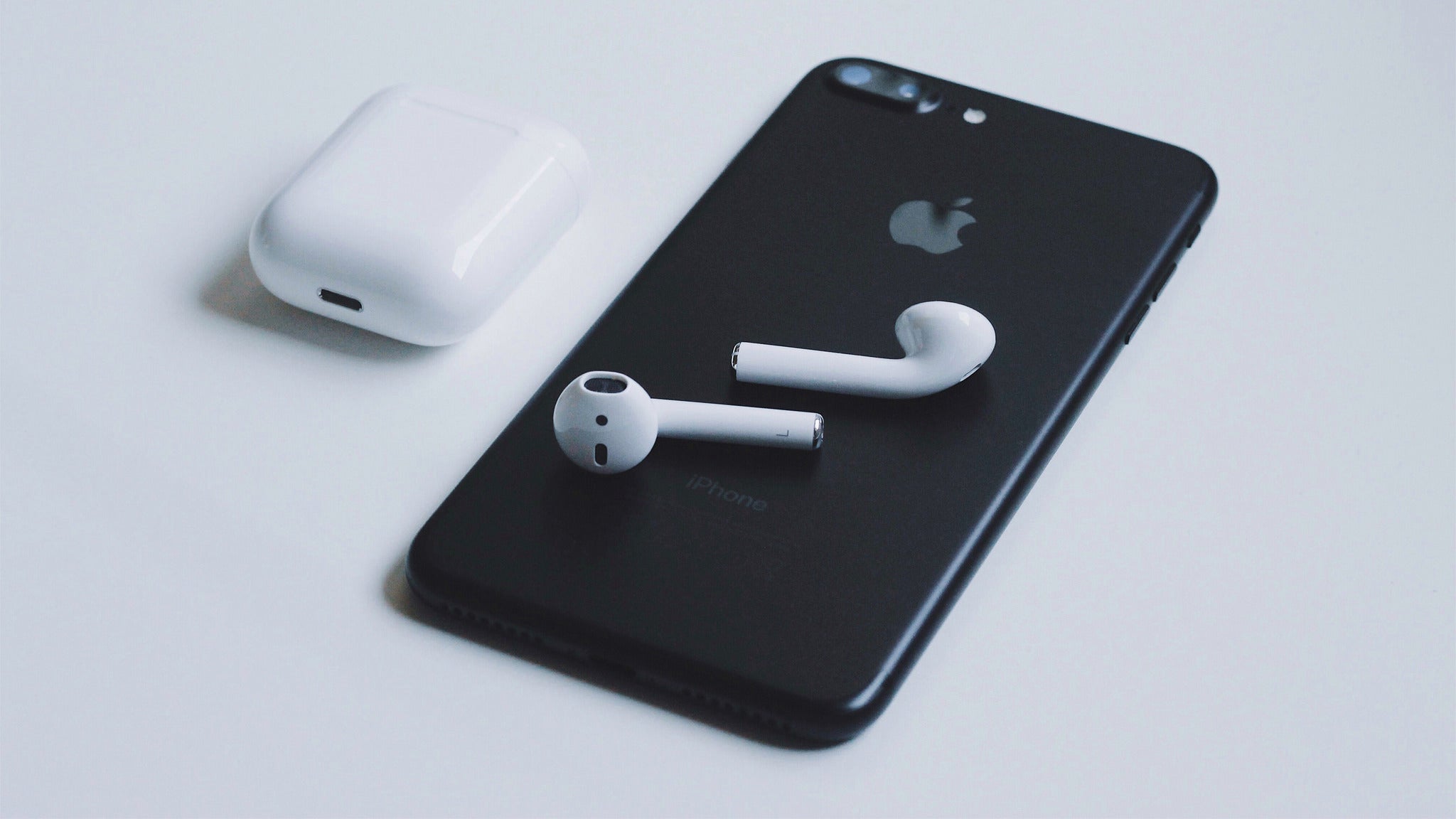 What You Should Know About Apple's Upcoming iPhone 8

The Wall Street Journal has reported that Apple will announce the iPhone 8 as early as September 12, and while that gives you just enough time to ditch your old device and scrounge up some cash to pay for the new one, Apple's been pretty secretive (duh) about what the new iPhone 8 will actually do. Luckily, leaks from third-party accessory manufacturers and hints inside Apple's own iOS 11 operating system give us a pretty good idea of what to expect.

While many people simply enjoy reading Reddit, the real fun begins as you dive in and start participating yourself by posting, voting and commenting.

There are three main types of posts you can create on Reddit: Sharing a link, posting a video, or posting an image.

To share a link or embed a video or image, click the “Submit a new link” button on the right side of the screen. You’ll be taken to a form where you can enter the URL of the link or upload your image or video file and input a title for the post. You will also need to enter the subreddit where you’d like your link to appear. Before doing so, it’s a good idea to head to that subreddit’s page and read the posting guidelines that appear on the right side of the screen. This will ensure you are abiding by the particular ethos of the subreddit.

How To Get Started With Apple's ARKit Augmented Reality Platform

By most accounts, Apple's new smartphone, the 'iPhone 8', is due out soon -- in September 2017. But I feel confident in saying the company's most groundbreaking release for the year actually happened earlier this winter, at Apple's Worldwide Developer Conference (WWDC) in San Jose, California.

For example, on the r/science subreddit, any link you share must be to research that is less than six months old. The r/lego site requests “no pictures of naked human beings”. And on the r/creepy subreddit users are told: “No pictures of costumes, makeup, or supposedly creepy children’s art without approval from the moderation team.”

To submit an original thought of your own, start with the “Submit a new text post” on the right side of the home page and fill out the form that will pop up.

Unsubscribing From a Subreddit

There may come a time when you’re no longer interested in a particular topic. You can unsubscribe from any subreddit by clicking the text link “My Subreddits” in the upper-left corner of the screen. Scroll down to “Edit Subscriptions” and click the red unsubscribe button next to any subreddits you no longer want to see in your feed.

Each year, hundreds of thousands of American teenagers compete to be the best at Word, Excel and PowerPoint and win up to $US3000 ($3907) in the Microsoft Office Specialist US National Championship. It's organised by Certiport, a testing company that offers certifications in software such as MS Office, AutoCAD and Adobe Creative Suite. We asked this year's first-place winners for their best Office tips.

Multireddits are one of the lesser known, but very useful, parts of the site. In a way, they’re like mutual funds — a grouping of other reddits on a particular topic. (For instance, if you follow several different fitness-oriented subreddits, and want to group them all into one place for easy browsing, this is how you would do it.) To create a multireddit, you’ll see a small grey bar on the very left edge of the screen. Click it, and a menu will open. Click “create” under “Multireddits” and you’ll be taken to a page when you can add subreddits by searching for them in the box on the left and clicking on the plus symbol when you find one you like.

Reddit has a particular set of guidelines by which they ask their participants to behave. You can find them here. One of the more important aspects of proper “reddiquette” is a dislike of self-promotion and a ban on submitting a lot of links very quickly. So if you join Reddit with the idea that you will only post links to stories that benefit you in some way (for instance, only stories from a publication you work for), you will quickly be flagged as a spammer and you might have your site privileges revoked. The same thing holds true if you put up a lot of posts in a relatively short amount of time.

Other important reddiquette rules include looking for the original source of a story rather than linking to a blog that has picked it up from another blog; looking for duplicates of your story before posting it; posting to the most appropriate subreddit possible; and generally acting like a decent person by following the maxim of: “Remember the human.”

In general, using the site in a respectful, intelligent and consistent way is the best path to assured Reddit success.

How To Play Virtual Reality Games Without Throwing Up

Virtual reality is the next big thing in gaming, but wearing the headsets causes motion sickness for some. Even I've experienced a little motion sickness while playing despite the fact I never struggled with it in the past (no vomiting yet). If you're worried about hurling, there are a few things you can do to make the experience more pleasant.

Participate in different subreddits, and demonstrate good reddiquette, and you’ll eventually start earning good karma on the site. To see how much good karma you have, click on your username in the upper right and your karma will be displayed. While karma acts as a kind of “street cred” on Reddit and can affect how others view you, it actually has very little impact on how you use the site — unless you want to create and moderate your own subreddit. If you do, your account will need to be at least 30 days old and you’ll need to have a minimal amount of karma in a quantity known only to the site moderators.

If you want to become a super Reddit user, you can also decide to sign up for a Reddit Gold membership. This affords you certain benefits such as the ability to customise your avatar, turn off ads, use different themes to customise the way the site appears on your computer, and create subreddits that can only be accessed by other gold members. The cost is $US3.99 ($5) per month or $US29.99 ($38) per year. Otherwise, the site is free.

While we’ve covered the main highlights of getting started with Reddit here, this is truly just a beginner’s guide. For example, we haven’t even covered AMAs, IamAs, RES or flair. But those are for another time.