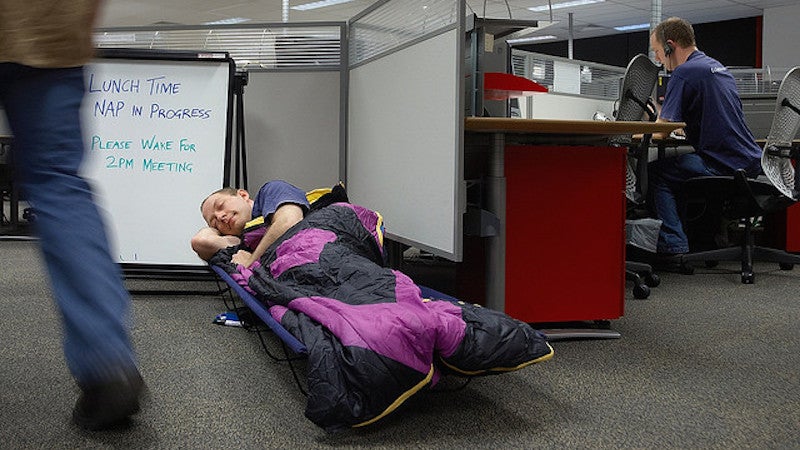 A while back, I briefly worked for a startup that paid beans but offered some awesome perks, like laundry service and an onsite chef. Perks like these are becoming common, but many times, they’re just an incentive to work longer hours.

CNBC recently called out these “perks” in a video report, saying many companies use them as a way to get employees to overwork. One expert told the BBC:

“This isn’t because the companies are being generous,” said Gerald Ledford, senior research scientist at the Center for Effective Organisations at the University of Southern California’s Marshall School of Business. “The purpose of most of these perks is to make it unnecessary for people to ever leave their desks.”

Of course, if the perks are worth it to you, that’s one thing. Some of them are pretty sweet! But the ulterior motive is still something to consider, especially if you decide to take on a low-paying gig in exchange for cool benefits. There’s often more to the perk than meets the eye.