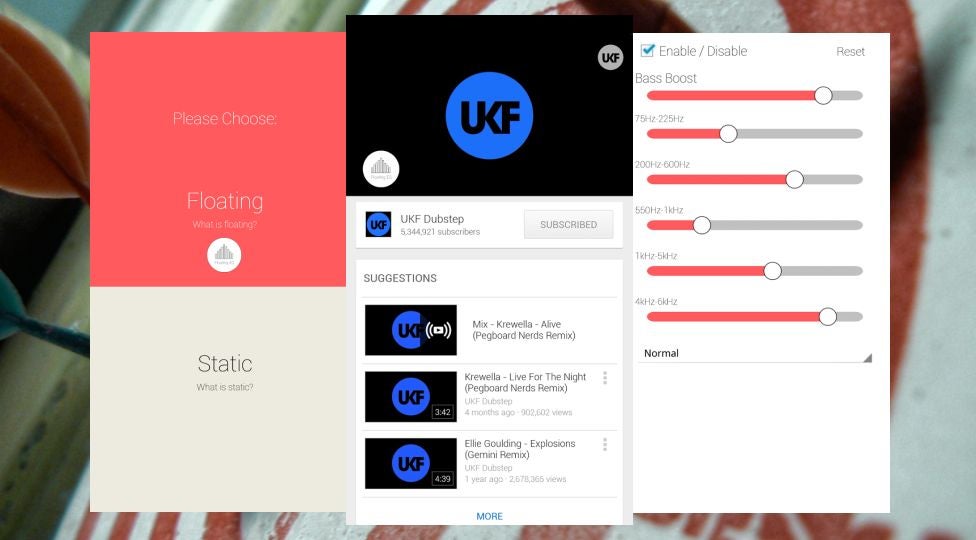 Android: Even if you are running a music app that does not have an equaliser, Floating Equaliser can bail you out. This free app is a universal equaliser to adjust sound settings anywhere on Android.

There are plenty of cases where you would want to adjust the sound output of your Android device but the app doesn’t allow for it. A great example is YouTube, which does not come with an equaliser. Floating Equaliser can work with the app to set the audio how you want it, with the usual presets like Dance, Hip Hop, Rock, Pop, and Classical — you can adjust manually too. There’s also a bass boost option.

The app is available as a floating icon anywhere on your screen. Alternatively, you can switch on static mode, where you activate it via the notifications bar. It works just as you would think, but in my opinion, the floating icon is a bit too much unless you’re switching between different audio tracks. Otherwise, the static mode works better so that there doesn’t need to be anything on your screen. Either way, the ability of this app to give quick access to an equaliser is pretty cool!