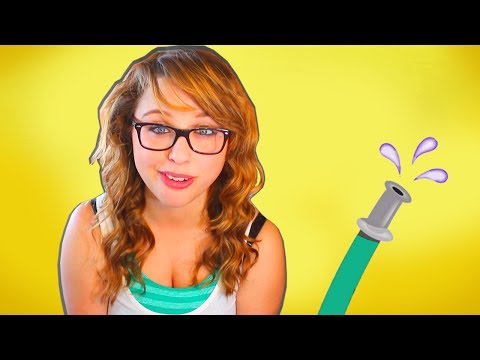 The “pull-out” method of contraception has a bad reputation, and for good reason! Just not the reason you might think. As Laci Green of Sex+ explains, if done properly, pulling out has only about a 4 per cent failure rate. However, that number skyrockets if you do it improperly, as many do.

The most notable research on the subject is this study from the Guttmacher institute that says performing the pull-out method perfectly every time over the course of a year will result in 4 out of 100 couples getting pregnant. This actually isn’t that bad a failure rate under the circumstances! However, this requires everyone to get everything right, which never happens. When you account for improper use or understanding of the method, the number of unintended pregnancies jumps to 27 out of 100. Those numbers are much less comforting.

As Laci points out, common problems with the pull-out method involve failing to account for precum, a lubricating fluid that clears out the urethra and can sometimes carry sperm from a previous ejaculation along with it. The pull-out method can also fail if you don’t have proper self-control or know your own body, or even by getting semen on or near the vagina.

Compare the pull-out method’s failure numbers to condom usage and it’s clear that condoms are the superior birth control method, but neither is perfect. According to Planned Parenthood, when used properly, condoms result in pregnancies about 2 per cent of the time. Used improperly, though, about 18 per cent of couples get pregnant while using condoms. This isn’t great news, but it’s still better than pulling out.

The bigger takeaway, however, is that using multiple methods of contraception together is far better than any one method individually. We don’t advise using just the pull-out method, but if you’re going to, combining it with condoms, the pill, or virtually any other method of birth control will be better than counting on your self-control during sex.

More importantly, learn how to use each of your contraception methods effectively, or the failure rate increases dramatically. Laci’s video above will teach you more about pulling out. The National AIDS Fund has a video here on the proper application of a condom, and you can read more about its use and effectiveness at Planned Parenthood here.