Use The '22 Colours Of Maximum Contrast' To Organise Your Calendars

Colour-coded calendars are a great way to organise your life. However, after the first few colours, it can be hard to tell them all apart. This chart, which showcases Kenneth L. Kelly's 22 colours of maximum contrast, provides a selection of colours that are easy to tell apart.

Pick The Right Colour For Design With This Colour Psychology Chart

As we've seen before, colour quickly conveys emotion and affects people's moods. Whether you're choosing paint for a room or designing a presentation, this chart, which matches specific Pantone colours, can come in handy.

For Apple Devices, We Prefer Black

The colour of your phone, tablet or MP3 player matters a lot less than the tasks it performs, but that doesn't stop fervent debate over what makes the most suitable choice. An analysis of click patterns on Apple products by price comparison site Idealo suggests when it comes to Apple gear, black now reigns supreme -- but it does depend on where you live.

Get Better Colour Out Of Night Photography

It's hard enough taking good low-light photos, but it's even harder getting great colour out of it. Imre, a user on question-and-answer site Stack Exchange, offers a few clear solutions to the problem.

Frank DeLoupe Puts A System-Wide Colour Picker On Your Mac 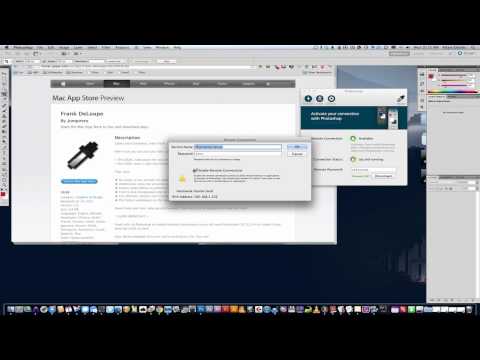 Mac: Frank is a handy little app that can grab any colour from any pixel on your screen upon request. Just call it up via its global, user-specified hotkey, select the coloured item of interest, and it'll provide you with a variety of useful colour codes. 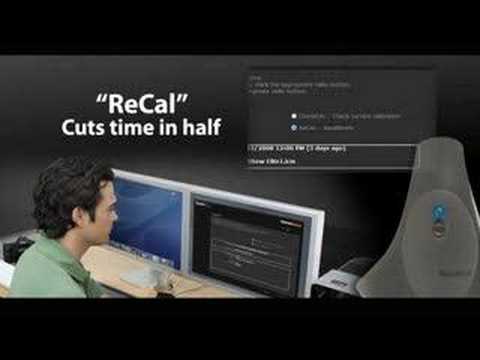 We've shared a few ways to get your monitor's colour calibrated, but if you're having trouble getting your dual monitors to match up, blogger Doc Rock recommends renting a colour meter from your local photo shop to get the job done.

If you've ever relied on your camera's white balancing algorithms, you know how imperfect they can be, but you're not out of luck. Getting accurate colour balance with just about any camera is pretty easy with an 18 per cent grey card.

How To Get The Best Colour Out Of Your Photos

Black and white has long been the default "artistic" style for photographs, so it can be easy to forget how compelling a colour photograph can be. Here's an in-depth guide to help you get amazing colour in your photos.

CMYK Converter Converts Between Spectrums With A Few Clicks

iPhone only: How do you know if the colour you want so much for your kitchen renovation is sea foam green or surf green? Let the Ben Color Capture App for iPhone help you figure it out.

If you're in the market for a new desktop look or office paint, consider red or blue—they might just give a background boost to your creativity or attention to detail. A New York Times piece looks at the most recent study on "colour effects," which try to determine whether performance is helped, hurt, or unaffected by colours—primarily red and blue, as those two shades have shown up again and again in previous studies. Take it with a grain of salt, but University of British Columbia researchers found that, in cognitive tests of 600 people: Red groups did better on tests of recall and attention to detail, like remembering words or checking spelling and punctuation. Blue groups did better on tests requiring imagination, like inventing creative uses for a brick or creating toys from shapes.

The article goes on to list a number of studies in which blue and red have made people appear more attractive, dominant, work more creatively, and so on.

FlatPanelsDK, a Danish monitor information site, has a set of free tools available on their site. Available both as portable downloads and web based tools you'll have your monitor tweaked in no time flat.

Calibrize Gets Your Monitor Calibrated In Three Steps

Windows only: Free application Calibrize holds your hand through a simple three-step monitor calibration to ensure on-screen colours look the same from computer to computer. Once you've run the application and adjusted the colour profile to its specifications, Calibrize saves the profile and automatically installs it on your system so the right colour profile always loads up. It's quick and simple, especially if you don't know much about screen calibration to begin with. For a no-download alternative, check out previously mentioned Screen Check. Calibrize is freeware, Windows only.

Need an image with dark blue and green undertones for desktop wallpaper or a design project? Multicolr Search Lab, a free search utility, digs through roughly 3 million images in Flickr's "Interesting" set for photos featuring the colours you select. You can make one colour more prominent by selecting it multiple times, and the results seem pretty genuine—my only complaint is that you have to find the colours with your eyes, and can't put in hexadecimal or RGB values grabbed from graphics programs. The colour search engine also has a front end for Alamy Stock Photography for those in need of definite royalty-free images.

Calibrate Your Monitor with Screen Check

Calibrate your monitors for consistent tone and colour with web site Screen Check. The site displays two bars, one white-to-black for adjusting tone and the other covers the red/green/blue spectrum for adjusting colour. Just follow the Screen Check instructions and by the end you should have a reasonably well calibrated monitor. My Dell comes with a very similar built-in calibration tool, but if your monitor doesn't, Screen Check is worth a look.
Screen Check

Find a Complementary Colour Quick with Whats Its Color

Some of us have a great eye for complementary colours and matches—and then some of us still don't understand why brown shoes and black pants are a bad idea. For anyone looking to set an image against a complementary background or find a colour scheme, Whats Its Colour (their grammar, not mine) is a free web app that can help. Upload an image and the site creates a palette page with a complementary background and a list of unique and dominant colors in your image. Photoshop and GIMP gurus might already know how to sift these kind of things already, but the visible colour matching could be a boon for presentation slides or small design projects. Thanks Chris!
Whats Its Colour

Windows/Mac/Linux (Firefox): Those of us a bit too fond of keeping multiple Firefox tabs open know it can be hard to find the right window when their titles get smooshed into unreadable snippets. Firefox extension ChromaTabs assigns permanent colours to individual sites' tabs, helping users distinguish between them. New in version 2.0 is a choice of generating colours based on either the extension's own methods or basing the colours on the sites' favicons—so Mozilla sites, for instance, get a hue based on the red dinosaur icon. For those who would rather track how long a tab has been open, check out similar tab-colouring extension Aging Tabs. ChromaTabs is free and works wherever Firefox 2.0 and up does.
ChromaTabs 2.0

Linux only: Webapps like colr.org are great for exploring colour theme ideas, but some users might require a little more fine-tuning. Enter Agave, a program for GNOME-based Linux systems that gives you more than enough colour information to plan your web site, desktop theme or design projects. Choose from standard palettes, use a Photoshop-like selection tool to grab any colour on your screen or manually set color, saturation and brightness levels to save in a list of favorites. Agave is a free download for Linux systems only, available as a source download and in many standard repositories.