Prunes are mistreated. We don’t treat other dried fruits with nearly the same kind of blatant disrespect. OK, their high fibre content might make you poop, but since when was this a bad thing? It’s time to embrace the dried plum for what it is: an enjoyable treat that’s packing nutrients and sweetness in a single bite. Not convinced? I dare you to pop a few in the freezer and then tell me what you think. Besides, it’s hot as hell outside and you need more cold snacks.

I used to be a prune hater, too (honestly, it might be the juice that’s the problem), but I was converted after I had a cold, chewy one from the freezer. It was in college and I had a roommate with Celiac disease, and she had many gluten-free snack choices. When she reached behind the ice cubes and pulled a bag of prunes out, my face must have read “ewwww” because she defended them immediately saying, “They don’t taste like prunes when they’re frozen.” College is for experimentation, so I tried one.

Frozen prunes are incredible. They’re sweet, almost syrupy, and despite being in the freezer, they don’t become solid. Do they taste like prunes? Yes, because they are prunes. Somewhere we got lost, wrongfully thinking that dried plums taste bad. Prunes have a noticeable skin, like all fruit, but on the inside they’re softer with pronounced sweetness, and they are very juicy. Biting through a skin into something kind of mushy can be off-putting. Freezing solves this problem by firming up the flesh inside to be the same texture as the skin, removing the contrasting textural weirdness completely, and making the whole thing chew like a gummy candy. Fruits that are dried to this state retain roughly 20%-30% of their moisture, so they only freeze semi-solid whether you leave them in the freezer for an hour or two weeks. 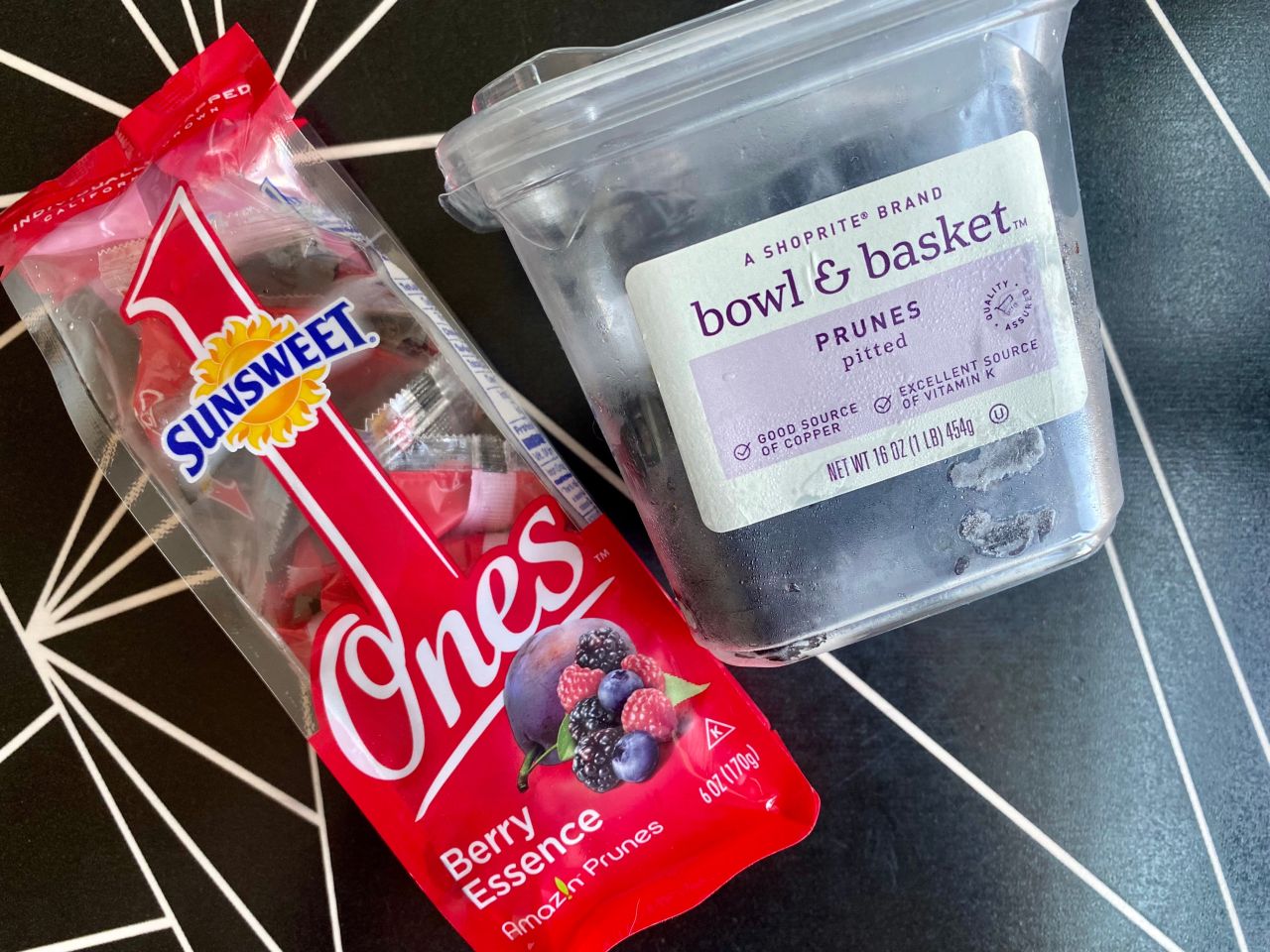 To make yourself a tasty, cold, naturally gluten-free snack, simply buy a package of dried plums and put the entire package in the freezer for at least two hours. I occasionally like to change up the flavour with Sunsweet Ones “Essences.” Right now I have the berry essence flavour, which is only listed in the ingredients as a natural flavour, but I’m also partial to the cherry essence. (I do take issue with how much unnecessary plastic this packaging uses, so I normally get a 453.59 g container of the store brand.)

If I can’t convince you to branch out with prunes, you could do this with any dried fruit of a similar moisture content. Try this approach with dried apricots, cherries, dates, or peaches, and get excellent results. After all, it’s summer, and when going outside feels like walking into a hair dryer on high heat, all the food you put in your body should be delightfully cold.