This week, NASA released the first images from the Jame Webb Space Telescope, giving us a never-before seen view of the cosmos. This towering achievement for humanity allows us to see further out into space, and further back in time, than we have ever been able to before. We can now see the first stars to ever exist, then easily share the picture on instagram. It’s a big deal. But it’s also terrifying. 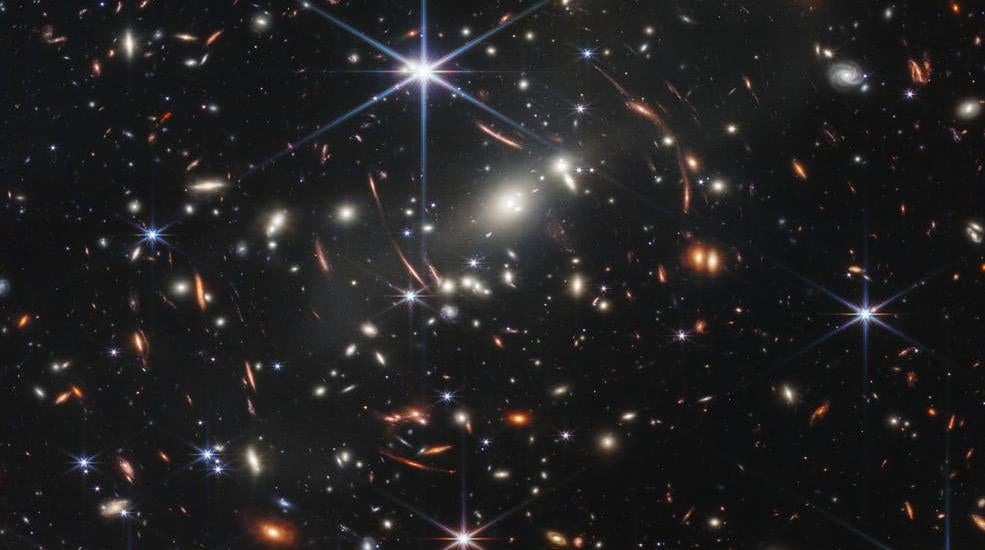 Space is just too big. The area of the sky you see in the picture above is about the size of a grain of sand held at arm’s length. Those aren’t individual stars or solar systems in the picture — those are galaxies, each with billions of stars and billions of planets. One billion grains of sand would weigh around 11 tons. And it’s all there, in that tiny little speck-of-sand-sized part of the night sky. Every other sand-sized speck of the sky contains as many billions of galaxies. I can’t fit my mind around the how huge that is, but I keep trying anyway, even though thinking about it is terrifying.

It’s not just the number of stars and planets and galaxies. It’s the space between all that stuff. Space where there is nothing but some magnetic fields and a few stray neutrinos. It’s just light years of emptiness, where you could travel for a billion years at the fastest speed possible and never run into anything. (If you have Kenophobia — fear of empty spaces — don’t think about this.)

We are (probably) alone 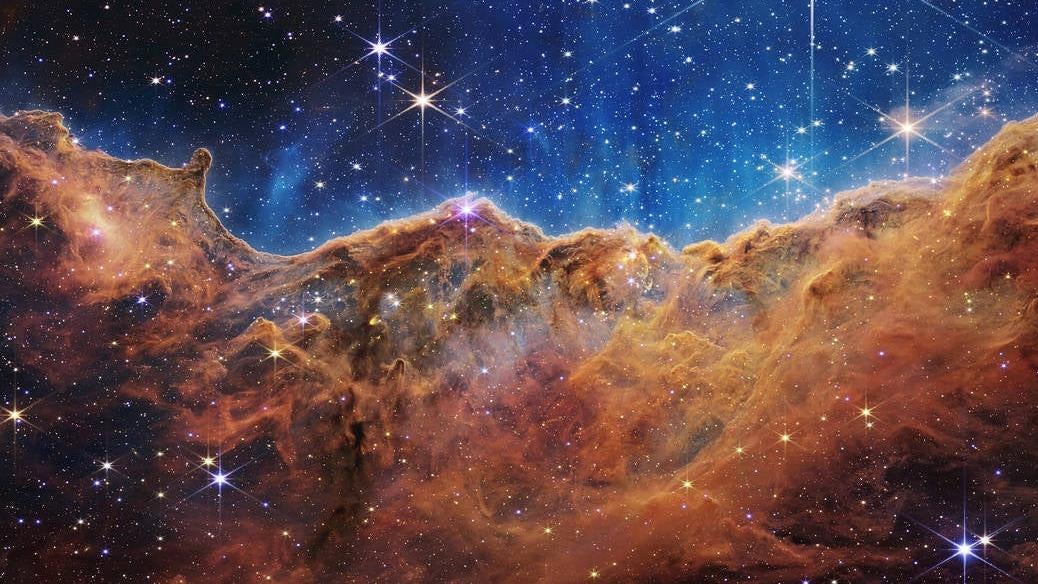 Looking at billions of stars leads immediately to the thought of the countless planets that revolve around them, and who (or what) might live on them. There are no doubt billions (or trillions) of earth-like planets that would support our definition of life, so there must be space brothers and sisters out there waiting to welcome us into the Galactic Federation, right? We exist, and we kind of suck, so surely someone who doesn’t suck should exist too?

Probably not. As astrophysicist Michael Hart explained in his paper “An explanation for the absence of extraterrestrials on Earth, “We observe that no intelligent beings from outer space are now present on Earth. It is suggested that this fact can best be explained by the hypothesis that there are no other advanced civilizations in our galaxy.”

Even though there’s no reason an advanced intelligence wouldn’t be able to travel to earth (or at least send a message), there’s no evidence we have ever been visited by any aliens. There are no radio communications between us and the Zebulons. No flying saucer ever landed on the White House lawn to give us the cure for cancer. It’s just boring old us out here.

We are utterly insignificant 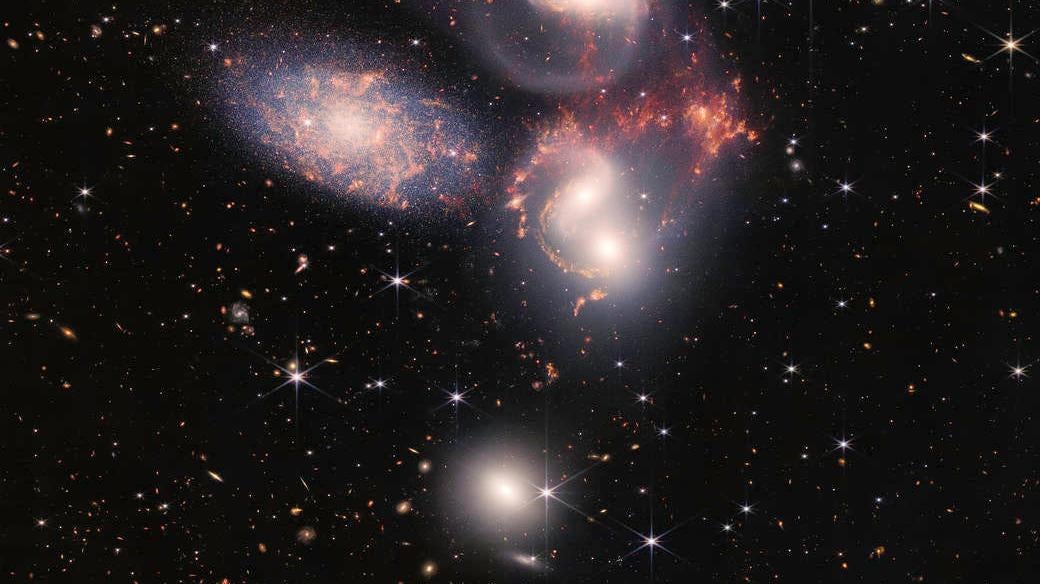 In the face of the unimaginable vastness of the universe, there is nothing you, I, or anyone could ever do that would make any difference. Stars are going to keep exploding and imploding, black holes are going to suck light into them, everything is going to keep orbiting everything else, and there’s not a thing a bunch of dirty creatures clinging to an insignificant speck in the universe can do about any of it.

We have no idea why we’re here, and only the vaguest theories about how we’re here, so we just revolve around the sun and watch true crime documentaries on Netflix until some catastrophe (that we probably created ourselves) kills us all. 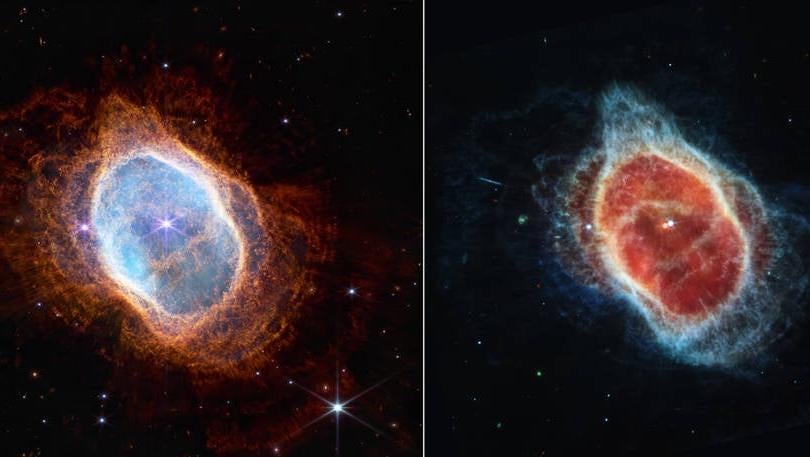 If we’re the only intelligent beings in the galaxy — perhaps the universe — maybe we’re not insignificant. And that’s even more depressing.

If humanity is the one example of intelligence in an almost infinite universe, we are rare in a way that is impossible to fully comprehend. It means we are the only part of the universe that is looking at the universe, contemplating and trying to understand it. We are the consciousness of existence itself — but, as mentioned previously, we kind of suck.

As the only sentient beings in existence, maybe we have a responsibility to collectively use our limited time and brainpower to understand why we’re here, and what “here” even is. But is that how you’re going to spend your day? I’d like to say that’s how I’m going to spend my day, but the truth is I’m going to watch true crime documentaries on Netflix and eat a hamburger. 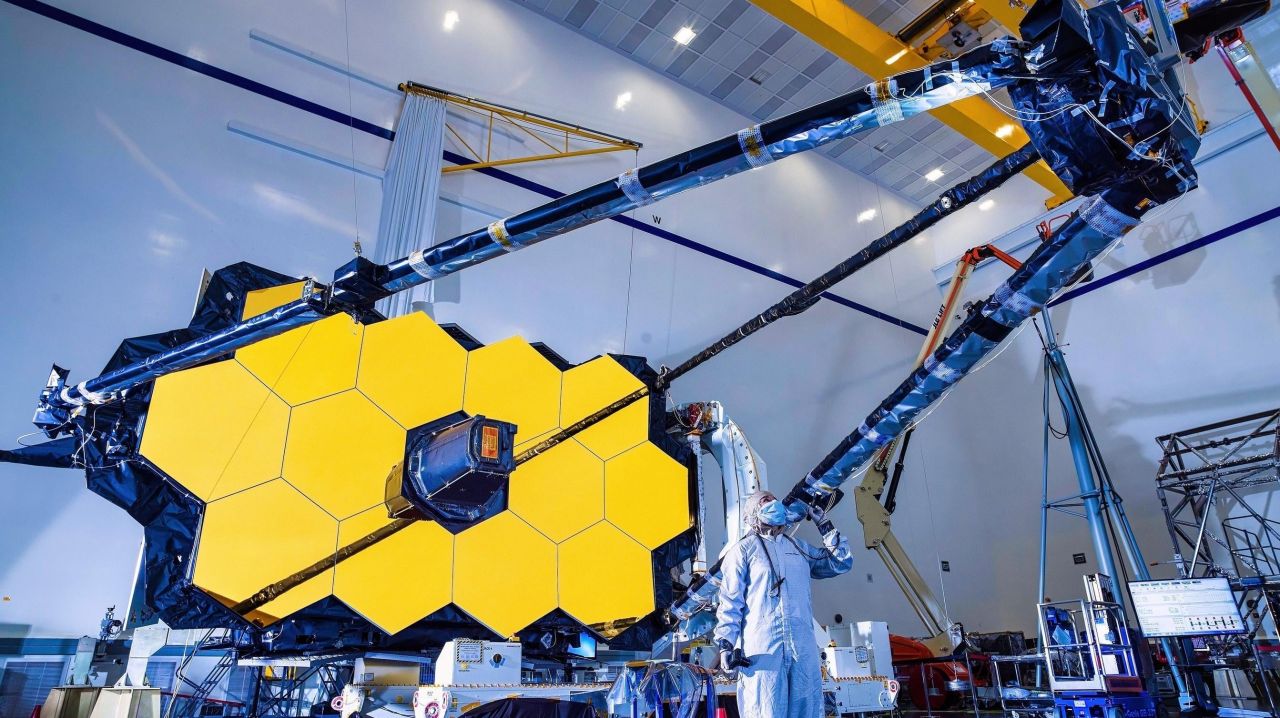 Some members of the human race actually devote their lives to understanding the universe, like the people who designed and built the Webb Space Telescope. The culmination of 20 years of planning, Webb is essentially a six metre wide mirror made of gold-covered beryllium shielded by a tennis-court sized sunshield. All that was folded up like origami into the nose cone of an Ariane 5 rocket, which was then blasted into space. The rocket dropped the unconstructed telescope at Lagrange point 2, a specific spot in space four times further away from earth than the moon. There, the Webb Telescope unfolded itself so it could collect infrared light that lets us see galaxies as they existed just after the Big Bang.

I had a hard time putting together my desk from IKEA.

Imagining what it would be like to be in space 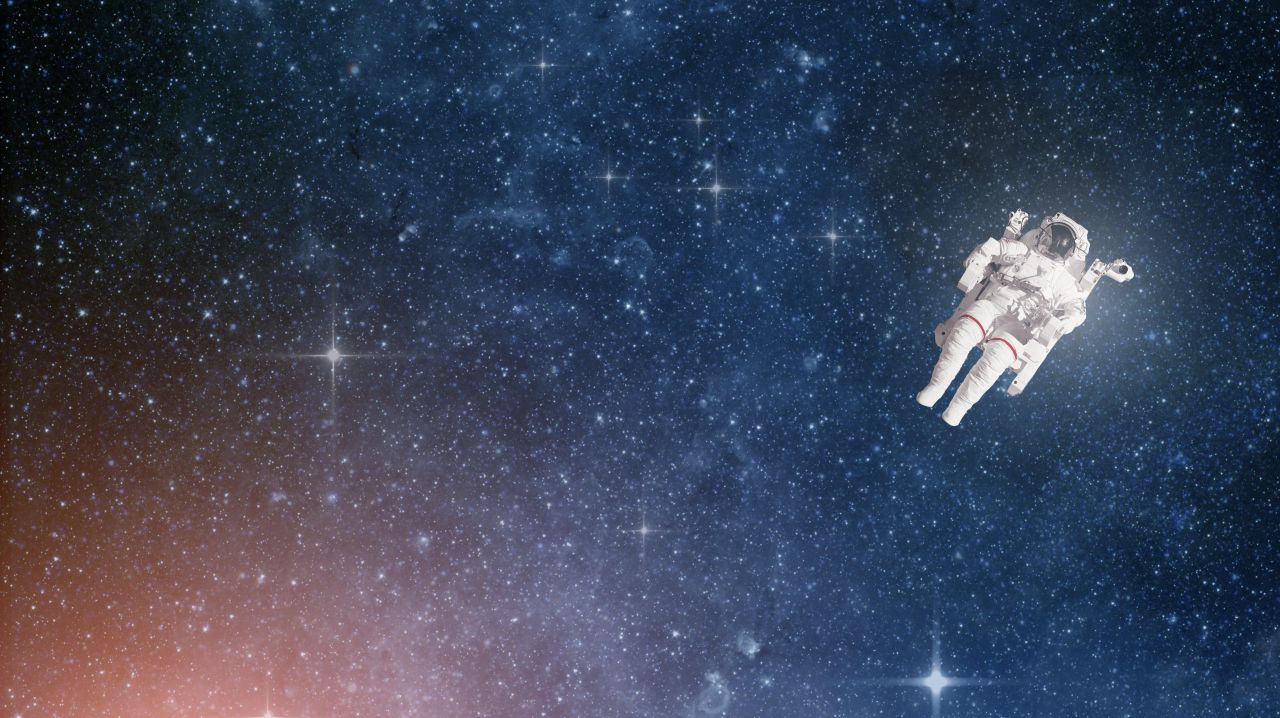 If you were suddenly transported to Lagrange point 2, in vast emptiness of space right next to Webb, you wouldn’t die right away. You wouldn’t explode, because your skin is strong enough to withstand the pressure differential between earth and deep space. You wouldn’t instantly freeze either — space is a vacuum, so you’d lose heat slowly.

Instead, you’d have some time out there. Not much, because you wouldn’t be able to breathe, but maybe 15 seconds of consciousness, enough time to really think about your situation before you blacked out and fully died a few minutes later. The very last thing you would experience would be your own saliva boiling in your mouth.

We know this because something like it actually happened in 1966 to astronaut Jim le Blanc. When the spacesuit he was testing in a vacuum chamber sprung a leak, le Blanc was exposed to a full-space vacuum for about 30 seconds. He survived unharmed because they pulled him out quickly, but le Blanc said he felt the spit on his tongue boil before he blacked out. (He also said he had an earache.)

Space and time are the same thing, which is freaky and wrong 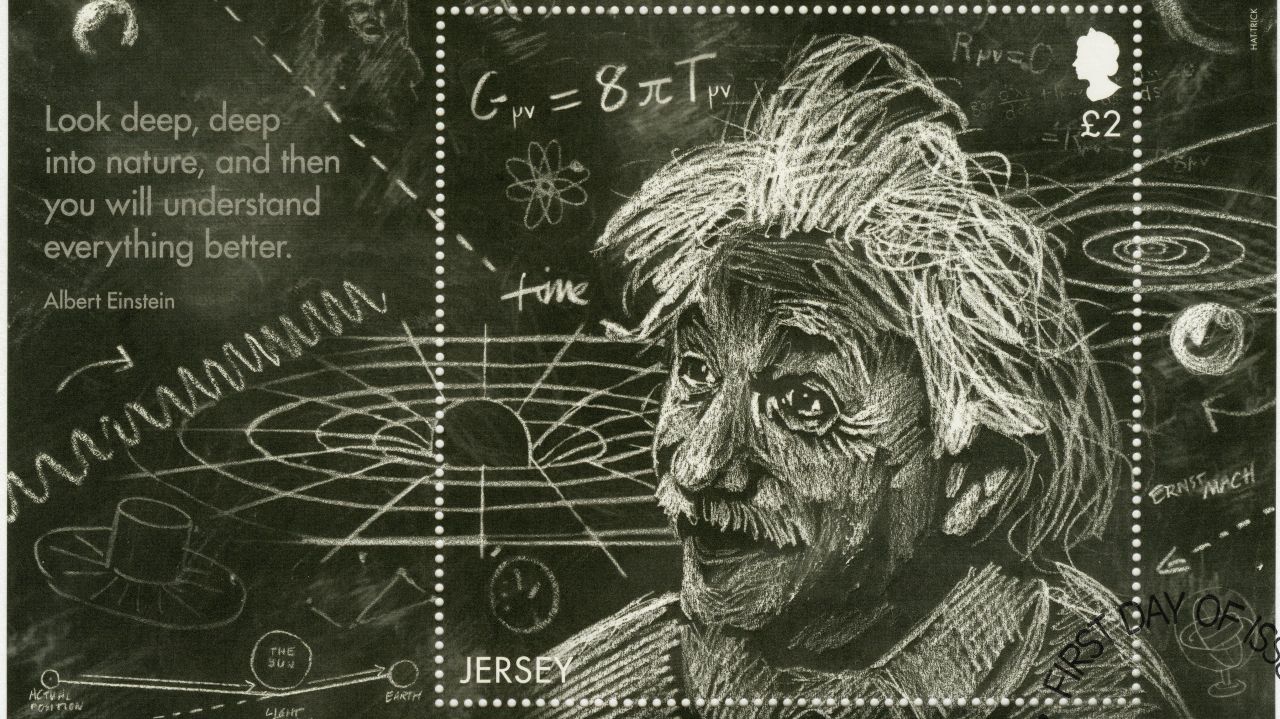 The faintest, tiniest objects in the Webb images are captured light that was emitted 13 billion years ago, at the dawn of time itself. What’s been happening since then out there? There’s no way to know. That’s wrong. Freaky. Bad.

The time between light reflecting off of something and it hitting our eyes means the present is always the past, and that’s not even including the relative eternity of lag time while our synapses and brains process the reflected light into an image of a Netflix true crime documentary. I hate all of this.

What if Lovecraft was right? 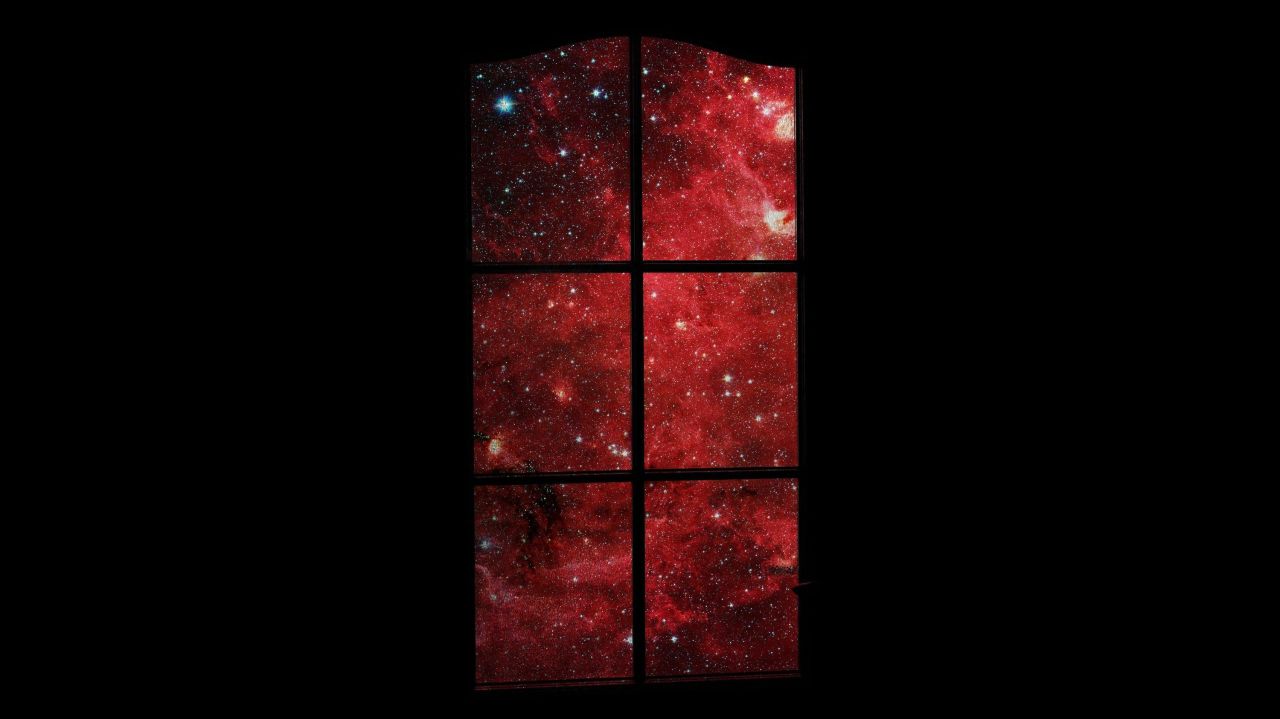 Mankind making new discoveries about the nature of the universe is exciting. We’ll probably expand our existing knowledge of the cosmos, maybe prove or disprove some things, give people something to think about when they’re high, and maybe learn a little about the formation of the universe — but what if we discover something else? What if something we literally couldn’t imagine is looking back at us, and what if it’s very, very bad?

As H.P. Lovecraft put it: “We live on a placid island of ignorance in the midst of black seas of infinity, and it was not meant that we should voyage far…Men with minds sensitive to hereditary impulse will always tremble at the thought of the hidden and fathomless worlds of strange life which may pulsate in the gulfs beyond the stars.”