8 Social Quandaries That Will Make You Doubt Our Shared Reality

In order to get along in the world, we generally operate under the assumption that we’re experiencing the same reality as others. But this may be an illusion — ask a random person who won the last presidential election to get a picture of how little we share in a political and cultural sense — and if you want to take it deeper, you can come up with pretty solid evidence that objective reality itself is an illusion.

I’ve compiled eight recent internet memes and conversations that seem to indicate that we each live in our own worlds, but I’ve also tried to offer an explanation that will allow you to hold onto the last shred of your belief that other people are knowable and understandable.

To make it colder, do you turn the air conditioner up or down? 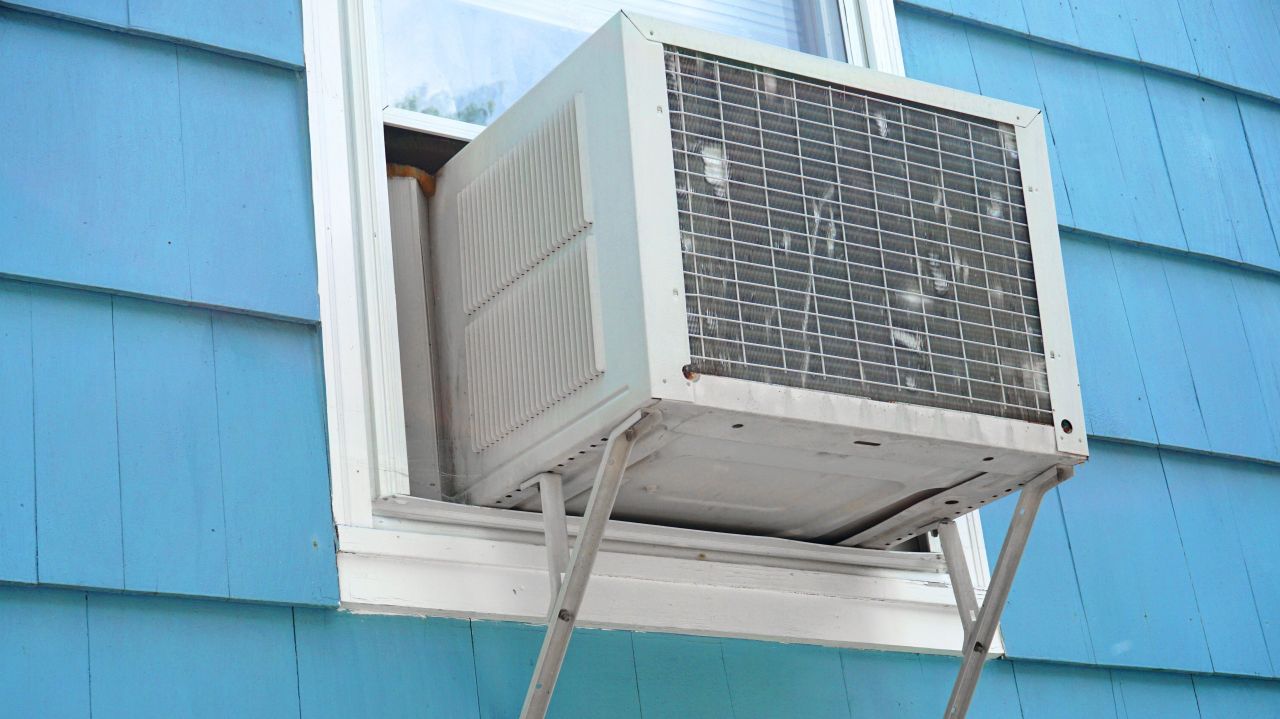 The tweet that inspired this list it asks: “If you want the air conditioner to be set to a lower temperature, would you describe this as a) turning it up. Or b) turning it down.” Over a thousand people responded to the poll, and the results is a nearly even split.

It’s a question that has popped up occasionally on the internet before, and there is no “right” answer because language isn’t prescriptive. I do have an idea that accounts for the split in a logical way, though.

The dial on an older/cheaper window unit air conditioners read “low,” “med,” and “high.” So making it colder means “turning it up” from medium to high. It’s like the dial insider your refrigerator: If you want it colder in there, you turn it up from 3 to 5. But if you have central air, you’re likely changing a thermostat, so “turn the air conditioner down” means lowering the desired temperature from, say, 73 degrees to 70 degrees.

In any case, most people preface “turn the air conditioner up/down” with “it’s too damn hot in here,” so everyone knows what they mean.

Click the file above and listen. What word do you hear, “Yanny?” or “Laurel?” About 48% of people hear “Yanny,” where the rest of us hear “Laurel.” Personally, it’s clearly “Laurel.” I can’t hear “Yanny” even if I try. So what’s going on here?

According to audio experts, the sounds that translate to “Yanny” are at a higher frequency than the ones that make us hear “Laurel.” Since we lose our ability to hear higher frequencies as we age, older people are more likely to hear “Laurel” and younger ones “Yanny.” Although, my wife hears Yanny and is the same age as I am. She attended way fewer loud concerts than me, and probably hasn’t wrecked her inner ear as completely as I have. As proof of the frequency theory, check out this video that strips out the lower and higher sounds, making it very clear.

Is a hot dog a sandwich? 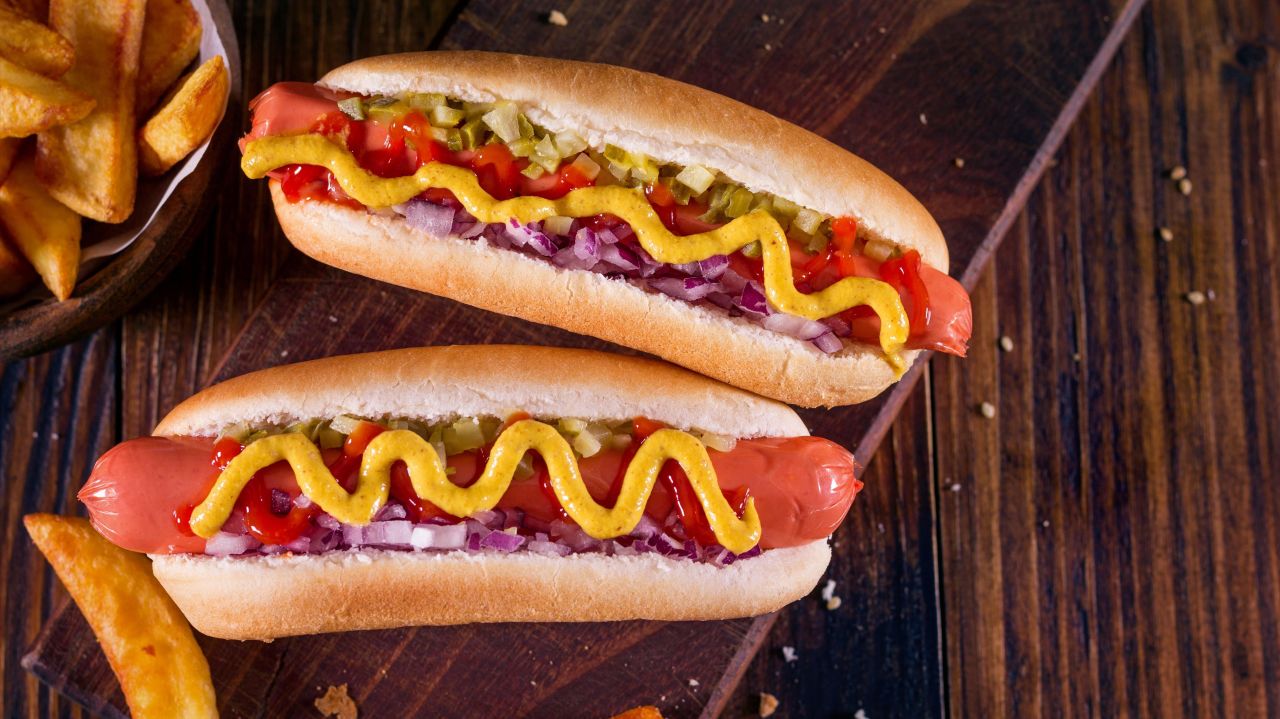 Unlike “Yanny” versus “Laurel,” the debate over whether a hot dog is a sandwich is all semantics. The pro hot-dog-is-a-sandwich camp points to definitions of “sandwich” from authorities like the Department of Agriculture, which say a sandwich is “a meat or poultry filling between two slices of bread, a bun, or a biscuit.”

By that definition, a hot dog is a sandwich without a doubt, but so is a bagel with cream cheese and lox. A cheese sandwich is not a sandwich, and neither is any type of open-faced sandwich.

In common usage, “sandwich” and “hot dog” are nearly universally understood to be two different things, and insisting otherwise is failing to understand how language works.

The dress that bedeviled the internet back in more innocent times (2015) was more than just an annoying meme, it actually changed the way vision scientists understand how we see colours. Some saw the dress as blue and black, and some as gold and white, and no one knew why. The dual responses to the dress from the public caught an entire field of science unprepared and pointed to a previously little known factor in how we perceive colour.

It took years for an answer to be reached, (and it’s not entirely definite), but the prevailing theory from colour scientists is that whether the dress is seen as gold and white or blue and black depends on what we assume is the source of the light in the picture.

Since the original dress photo didn’t contain enough information to determine where the source of the light, viewers “fill in” that information subjectively, and whether it’s blue or gold depends on the unconscious assumptions about the dress’s lighting conditions: people who thought it was illuminated by natural light were more likely to see it as white and gold.

By the way, the dress is actually blue and black.

Does a drinking straw have one or two holes? 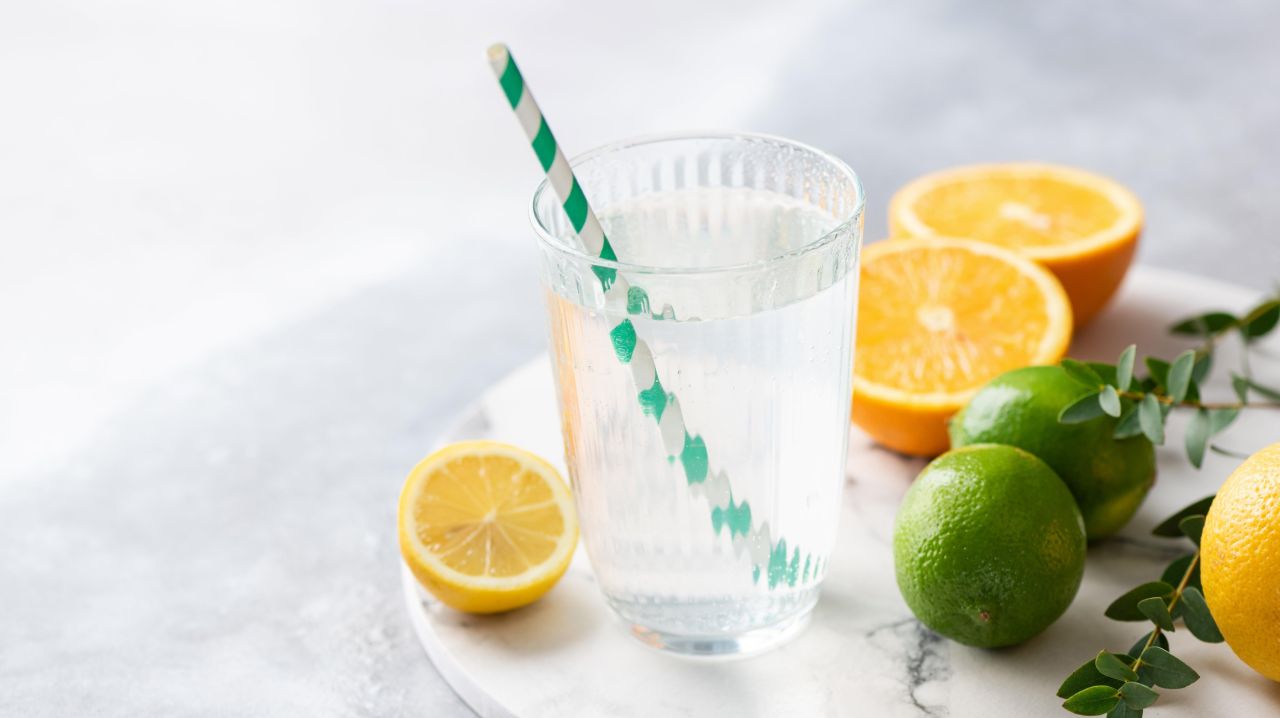 Does a drinking straw have two holes (one at the top and one at the bottom) or does it have one single hole? In order to answer the surprisingly tricky question, you have to consider the fields of topology and linguistics.

In topographic terms, a traditional drinking straw has one hole, and it’s not up for debate. A straw is a three-dimensional circle, and a circle has one hole. No matter how far you stretch it out, it’s never going to have more than one hole.

Mathematically, this explanation is without holes, but it’s actually not that simple. In terms of how we use language, it could be argued that saying a straw has two holes is a more useful way to describing and understanding the “strawness” of a straw. If I say, “The top hole in this straw is wider than the bottom hole,” you’d know exactly what I meant. Although you could go with “opening” and be mathematically correct. So everyone’s right! (Except those weirdos who think straws have zero holes.)

Rubin’s Vase and the Invisible Gorilla 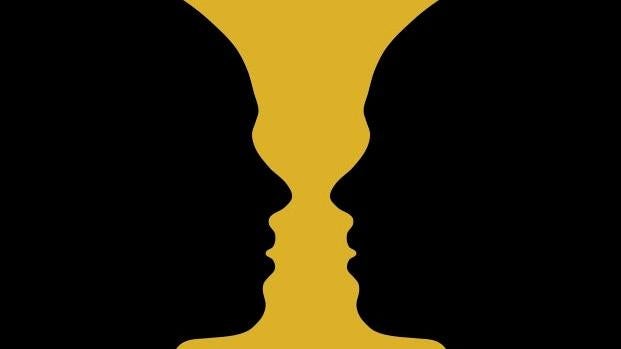 Discovered by Danish psychologist and philosopher Edgar Rubin in 1915, Rubin’s vase was the “the dress” of the early 1900s. It’s a design that is perceived as either two faces staring at one another or a vase, depending on what we know about the picture.

Rubin’s Vase and countless other “ambiguous illusions” play on our tendency to see figures in terms of “background” and “foreground,” as well as the power of our preconceived notions. If someone says, “look at this picture of a vase,” that’s what you’ll probably see. But even if you can initially only see a vase, the moment someone points out that it’s also two faces, you’ll be able to see the vase and “switch” the picture from one thing to another, just by wanting to.

It’s similar to the perceptive test in the video above. If you’re “following instructions” and counting the number of times the players in white pass the basketball, there’s a 50 per cent chance you’ll miss the gorilla entirely. But if the instructions are “look for a gorilla,” 100 per cent of people will see a gorilla (but almost no one would be able to tell you show many times the ball is passed.) 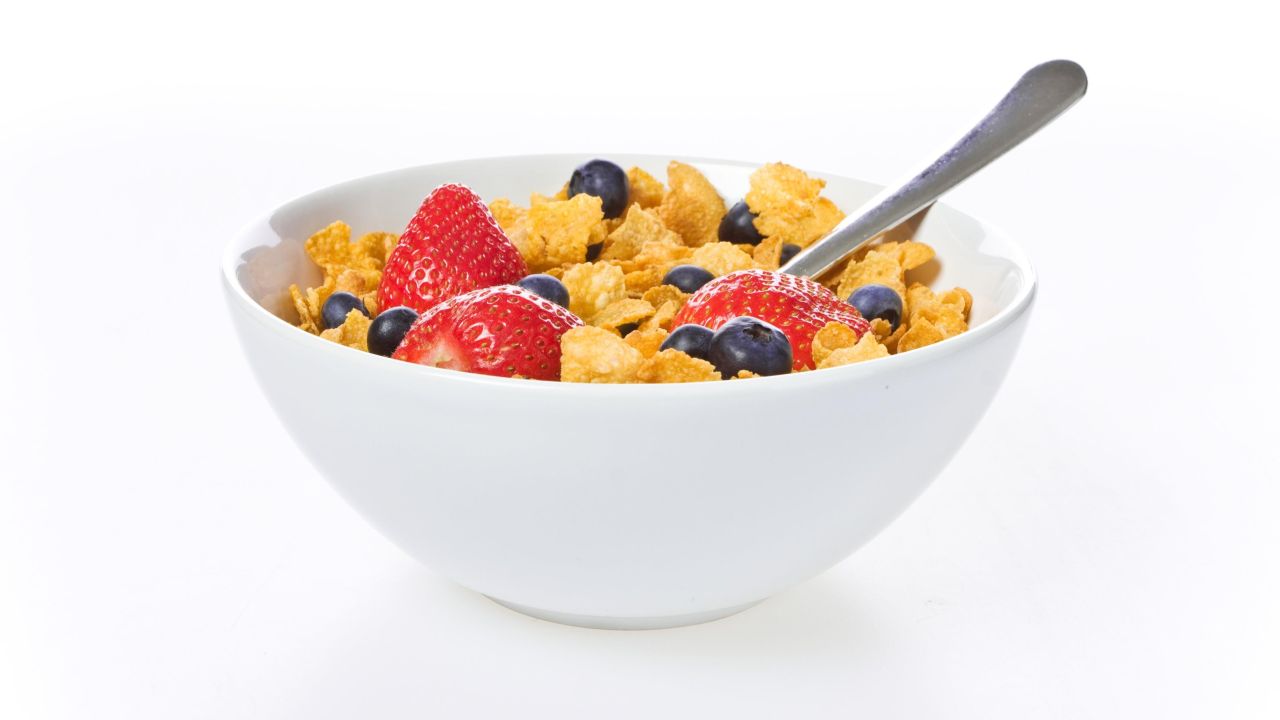 This question is similar to the one about whether a hot dog is a sandwich. According to Merriam-Webster, “soup” is “a liquid food especially with a meat, fish, or vegetable stock as a base and often containing pieces of solid food.” By that definition, cheerios (pieces of solid food) and milk (a liquid) is soup. It’s eaten cold, but so is cold cucumber soup. It’s not made with vegetable, meat, or fish stock, but neither is clam chowder and a ton of other cream-based soups. The ingredients are not boiled, but neither is gazpacho. Soup is usually savoury and cereal usually sweet, but watermelon soup and other dessert soups are out there existing, too. You don’t even need it to be in a bowl or cup to be soup — you can slurp clam chowder out of a loaf of bread, which then becomes a “bowl.”

So if you must to call cereal soup, you can because I’m not the soup police…but you probably shouldn’t. Calling cereal soup is stretching the definition of the word “soup” past its breaking point, beyond where it can be useful as a way of separating soup from non-soup. By this definition, a bloody Mary is soup. So is a Coke with ice. So you’re technically correct, but if someone asks you what you had for breakfast and you say “a bowl of soup,” you’re being a pedant and failing to accurately communicate. Anyway, a bowl of cereal is actually a salad…

What is a salad, exactly? 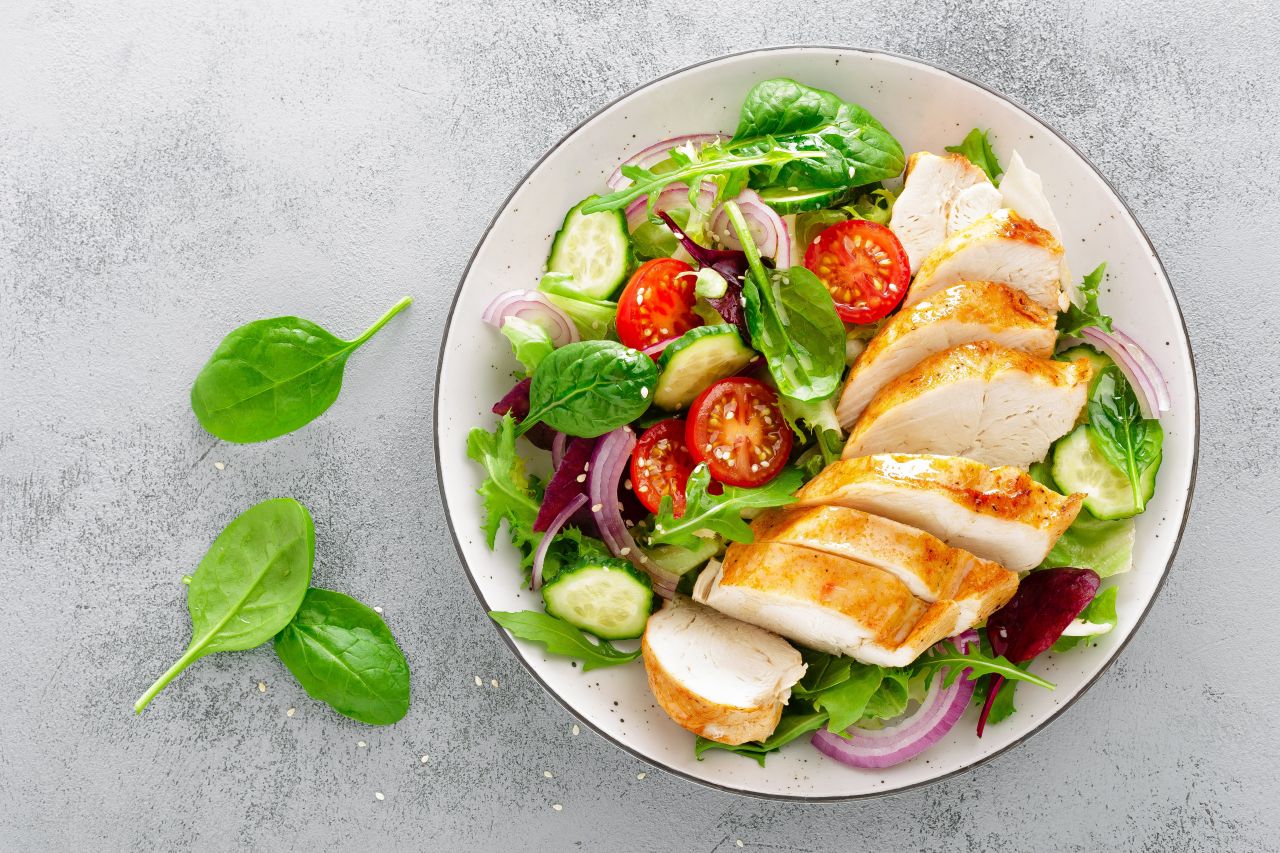 If you order soup and salad from a restaurant, they could serve you just about anything, including a bowl of cereal and a Bloody Mary.

A salad is, According to Merriam-Webster, “any of various usually cold dishes: such as a) raw greens (such as lettuce) often combined with other vegetables and toppings and served especially with dressing, b) small pieces of food (such as pasta, meat, fruit, or vegetables) usually mixed with a dressing (such as mayonnaise) or set in gelatin.”

The words “usually” and “especially” are doing some heavy lifting here. By this definition, salads are sometimes hot and sometimes without dressing, and if you really want to stretch it out, almost any food with two or more ingredients could be seen as salad. A bowl of mixed nuts is a salad. If you throw some pineapple into your Jello, it’s a salad. If you slather some blue cheese on your chicken wings, it’s dressing on small pieces of meat — in other words, a salad.

“Under the First and Fourteenth Amendments criminal laws in this area are constitutionally limited to hard-core pornography. I shall not today attempt further to define the kinds of material I understand to be embraced within that shorthand description; and perhaps I could never succeed in intelligibly doing so. But I know it when I see it.” And so it is with salad. You know it when you see it.