Popcorn is a lot like pasta: It’s a fairly neutral tasting carb that takes well to seasoning and salting, and most people have pretty strong opinions on the “right” way to make it. But cooking popcorn is a little more forgiving than pasta — which lets you focus in on toppings with gusto — and I have some tips and tricks for both the preparation and finishing of popped corn. (I also have some weird serving suggestions, if you should tire of eating it by the handful.)

Use “too much” oil 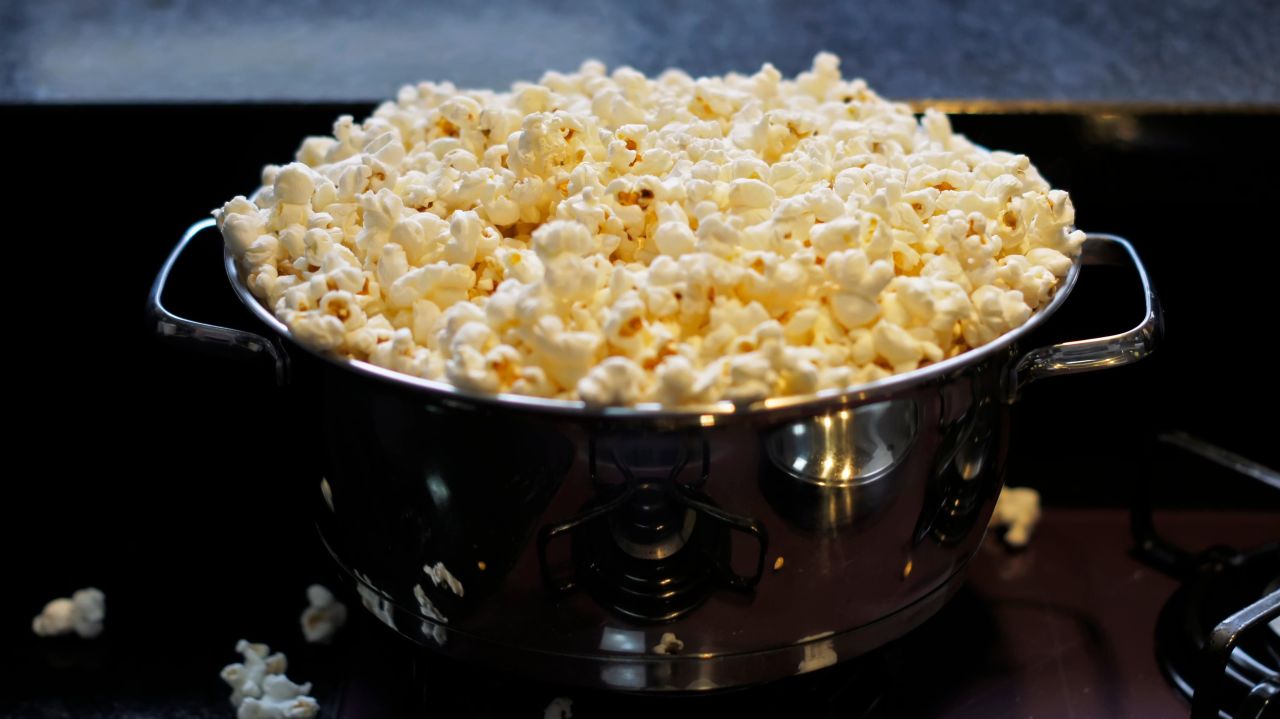 As with most fried foods, a lot of oil is needed to get truly crispy, crunchy popcorn. “A lot” is obviously a relative term, but trust me when I say the proper amount of oil will feel indecent, at least at first.

There are two ways to measure your obscene amount of oil. You can use Jessica Koslow’s ratio of 1/2 a cup of oil for 1/3 cup of unpopped kernels, or you can use the Cameron Diaz method and free pour until the oil comes up “around the curve of the pot,” then add enough popcorn until the oil barely covers the kernels. Both work incredibly well.

But don’t worry about preheating it 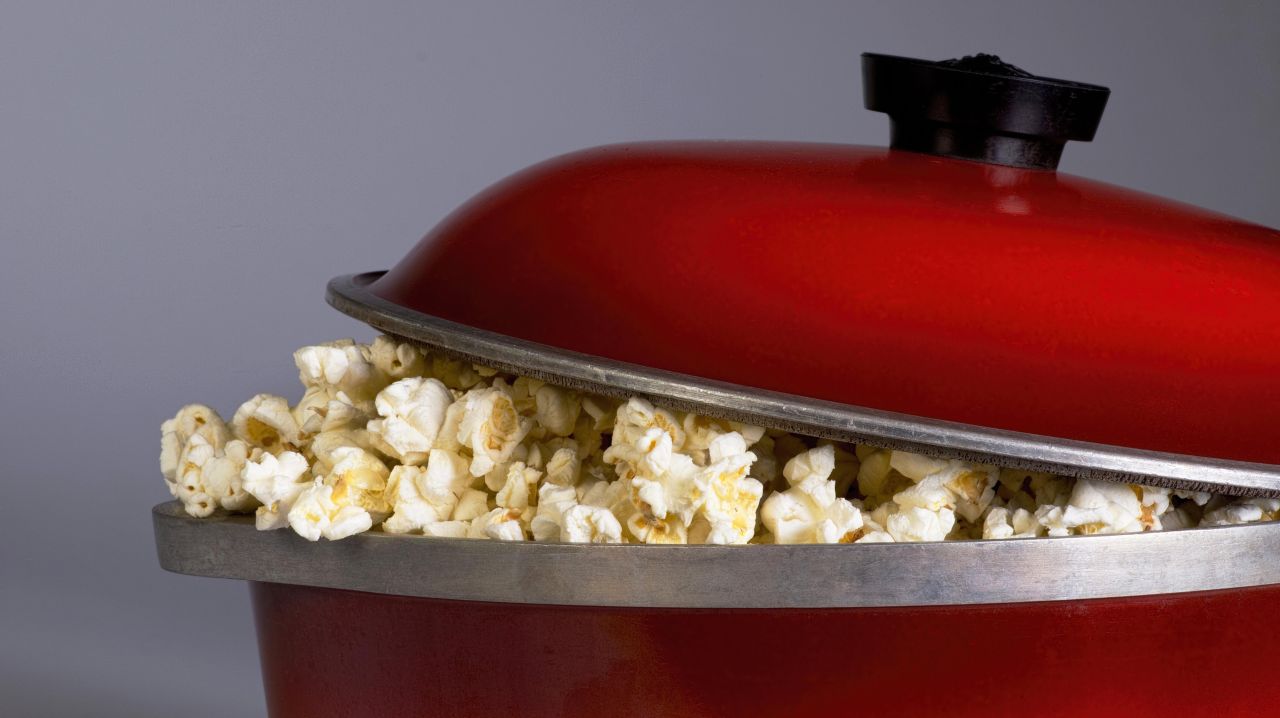 I used to be a big fan of “test kernels.” I would add my oil to the pot, gingerly place three kernels in the oil, then heat the oil until those kernels popped before adding the rest of them. There is no reason to do this. Add all the kernels all at once. Nothing bad will happen, I promise. 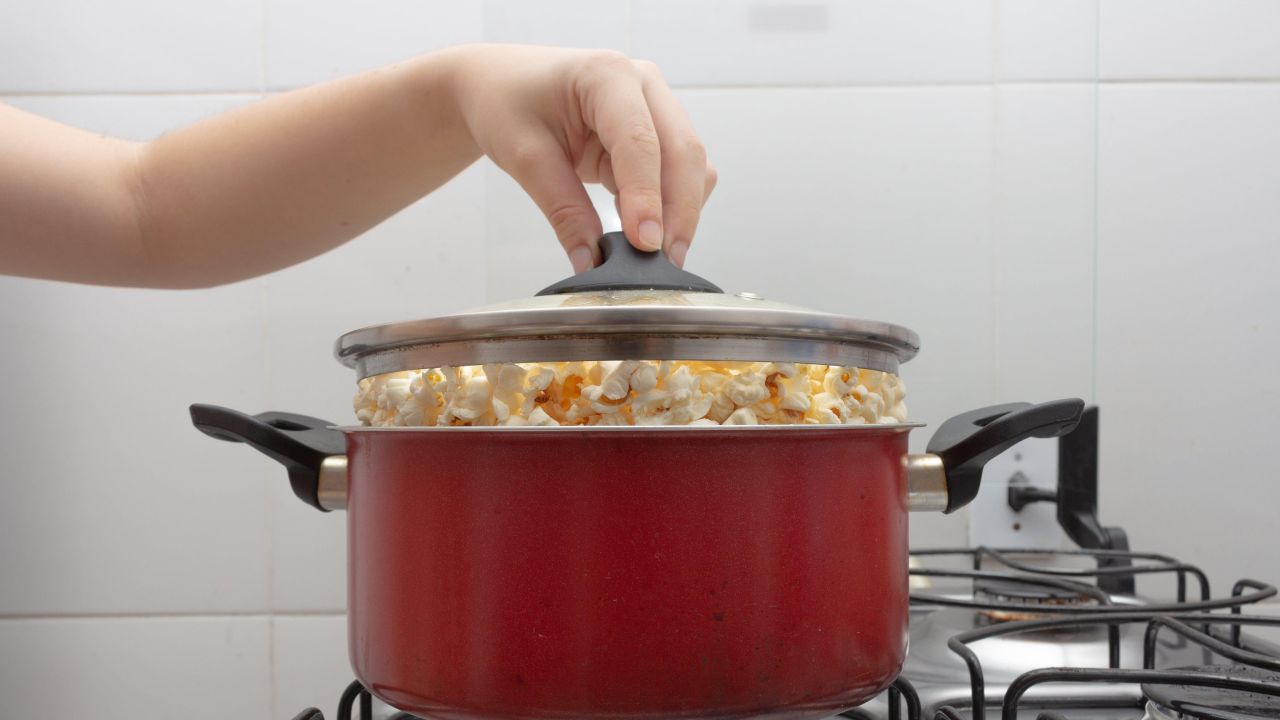 Another thing you don’t have to is shake the pot. As kernels pop, they will fly up, then settle on top of the un-popped corn, while the un-popped stuff stays in the oil because they’re denser. This little song and dance happens over and over, with popped corn rising to the top and kernels hanging out on the bottom until they pop. No scorching, no burning, no problem.

Switch up the fat and make meaty popcorn 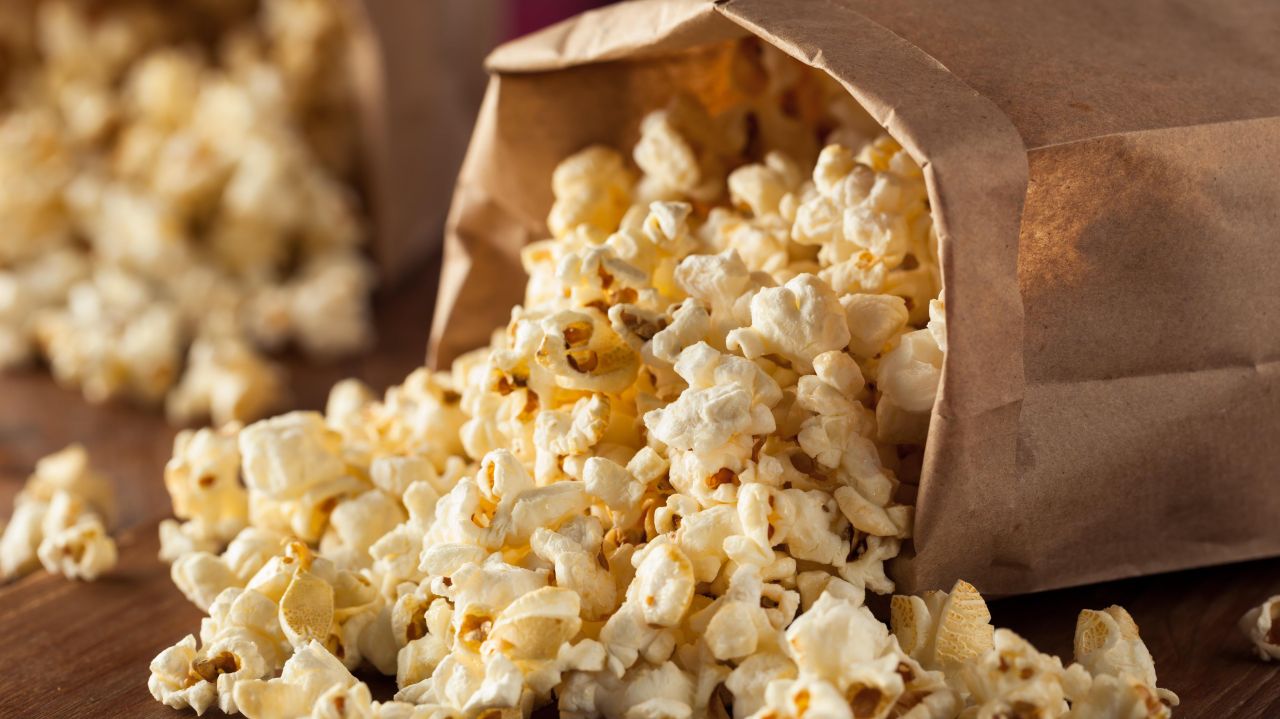 Popping corn in a lot of neutral oil will give it the crispy crunch you crave, but popping it in a similar amount of bacon grease (or duck fat, or chicken schmaltz) will permeate it with meaty flavour, making Meaty Popcorn. Season with MSG for an extra glutamate-heavy snack.

Pulverize your salt and seasonings so they stick better 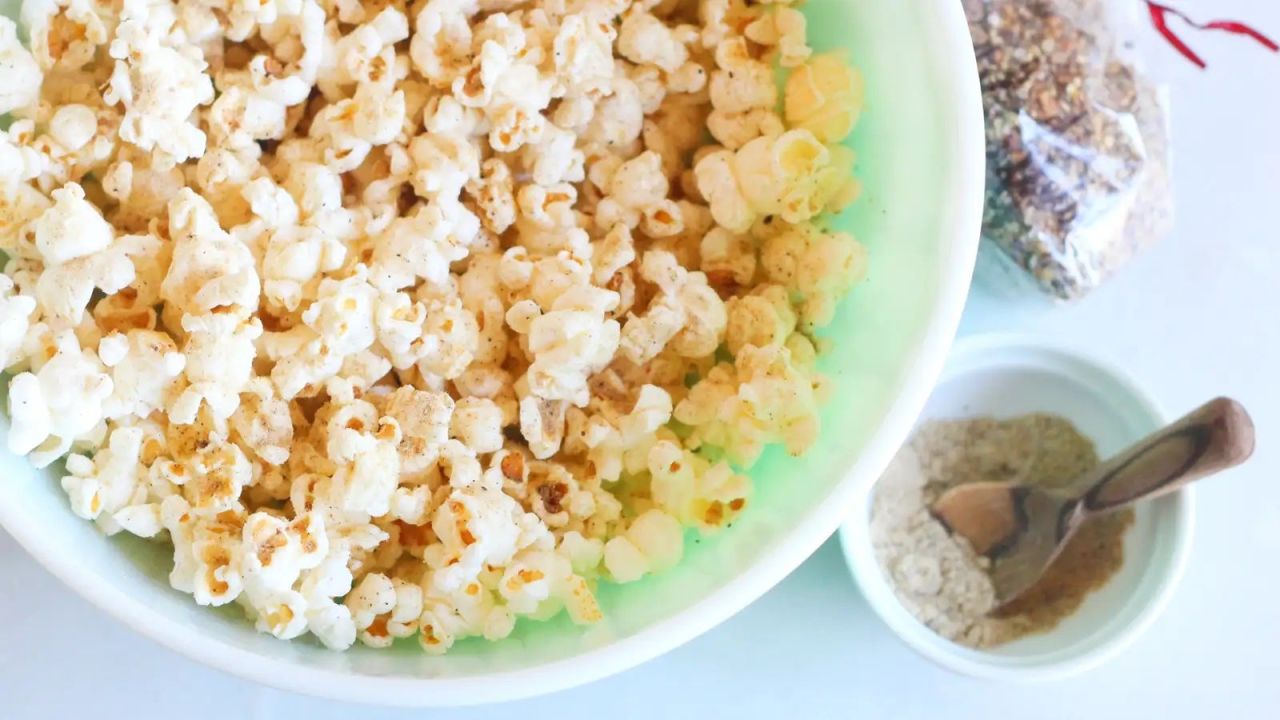 The main difference between effectively seasoned popcorn and unevenly, poorly seasoned popcorn is the particle size of the seasoning. Pulverizing your salt — and any other herbs and seasonings — in a spice grinder helps them cling to the popcorn, where larger particles and flakes fall to the bottom.

Toss it with mac & cheese powder

The packet of bright orange powder that comes in a box of mac & cheese is, perhaps, the best cheesy flavoring agent for popcorn. As I have explained before, that’s because it’s perfectly engineered:

For one, it’s already obliterated to a super-fine dust that clings to each fluffy piece of corn. It’s also a completely developed flavoring agent. Macaroni and cheese is meant to be cheesy, yes, but it’s also meant to be creamy with just a fair amount of lactic acid induced tanginess. The mac powder brings all these flavours to the bowl, eliminating the need to tweak with any extra salt or butter.

Want to add a vegetable component to your popcorn, while also cutting down on food waste? I have great news: You can season, dehydrate, and pulverize both tomato and bell pepper skins to make umami-kissed tomato salt and paprika salt, respectively.

Spice it up with Taco Bell salt

If you’re less into produce and more into quick cuisine, you can set your upcycling sights on Taco Bell salt, which is made with leftover Taco Bell hot sauce packets. (You can also combine tomato salt with Taco Bell salt and cheese powder to make Popcorn Bell Grande.)

Douse it with anchovy butter 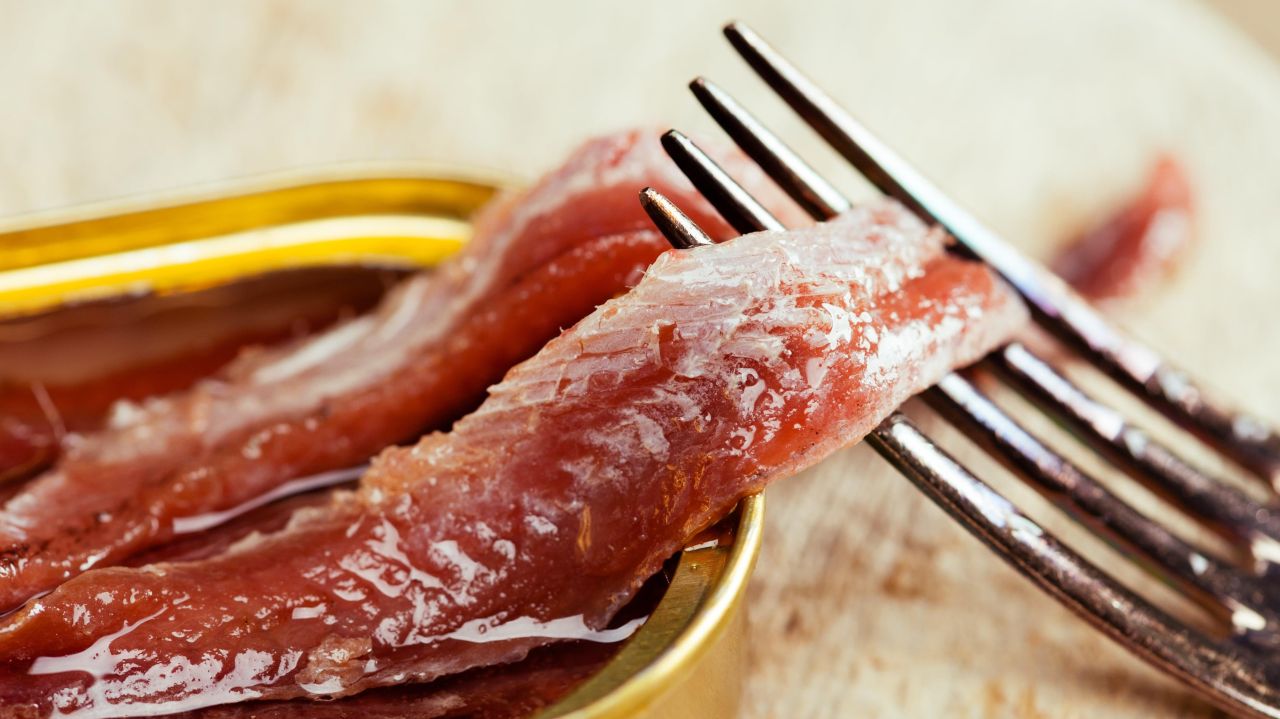 It took decades for anchovies to recover from the PR nightmare that was the Teenage Mutant Ninja Turtles, but tinned fish is having a moment, and that moment should extend to your popcorn bowl. Adding the deeply savoury fish to your popcorn is pretty easy: Just add a little fish to a couple of tablespoons of melted butter, then cook and smash until it melts into the fat, bones and all. Drizzle it on popcorn and enjoy.

Infuse the oil with rosemary 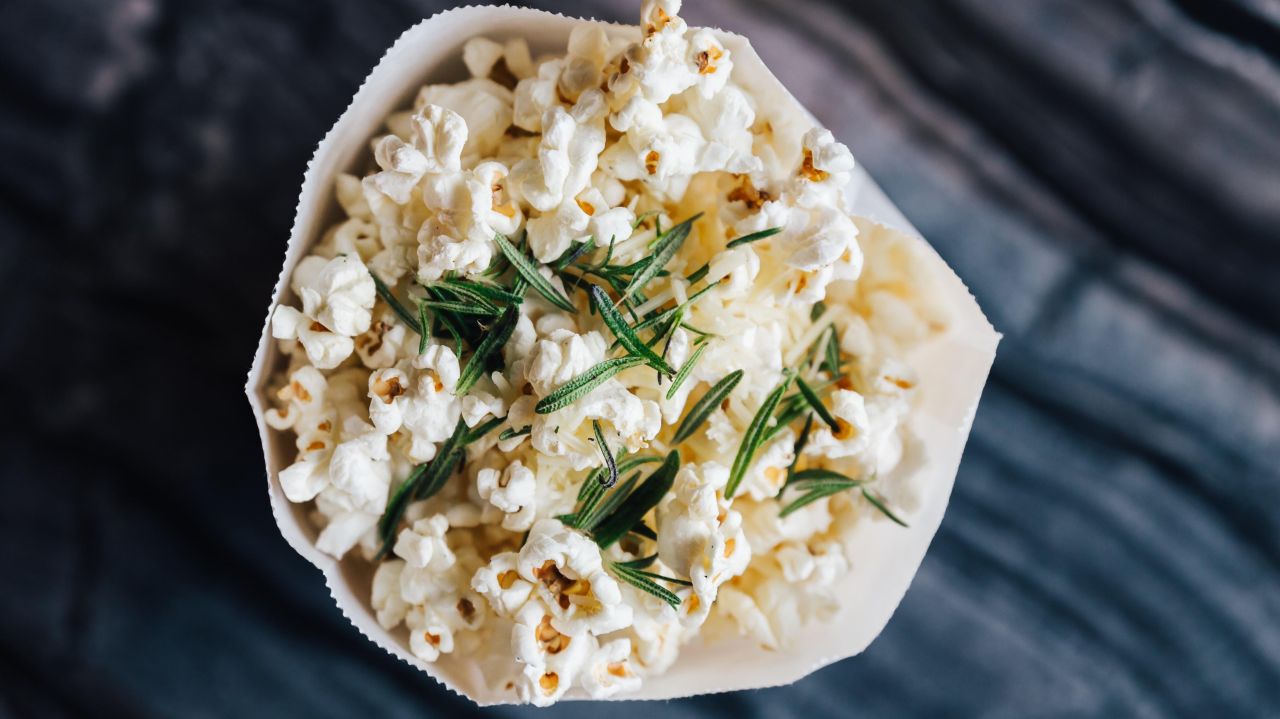 I have an issue with buying the “correct” amount of herbs, particularly rosemary. It’s an assertive herb, but it infuses beautifully into cooking oil for an herbaceous, sophisticated popcorn:

Handfuls of these herbs can be tossed in your popcorn pot — along with three test kernel — where they will infuse the oil while it heats. I know I usually say you don’t need test kernels, but if you put all the popcorn in with the herbs, it will be hard to remove the herbs once all that corn starts popping off.

Whisk flavorful sauces into your butter 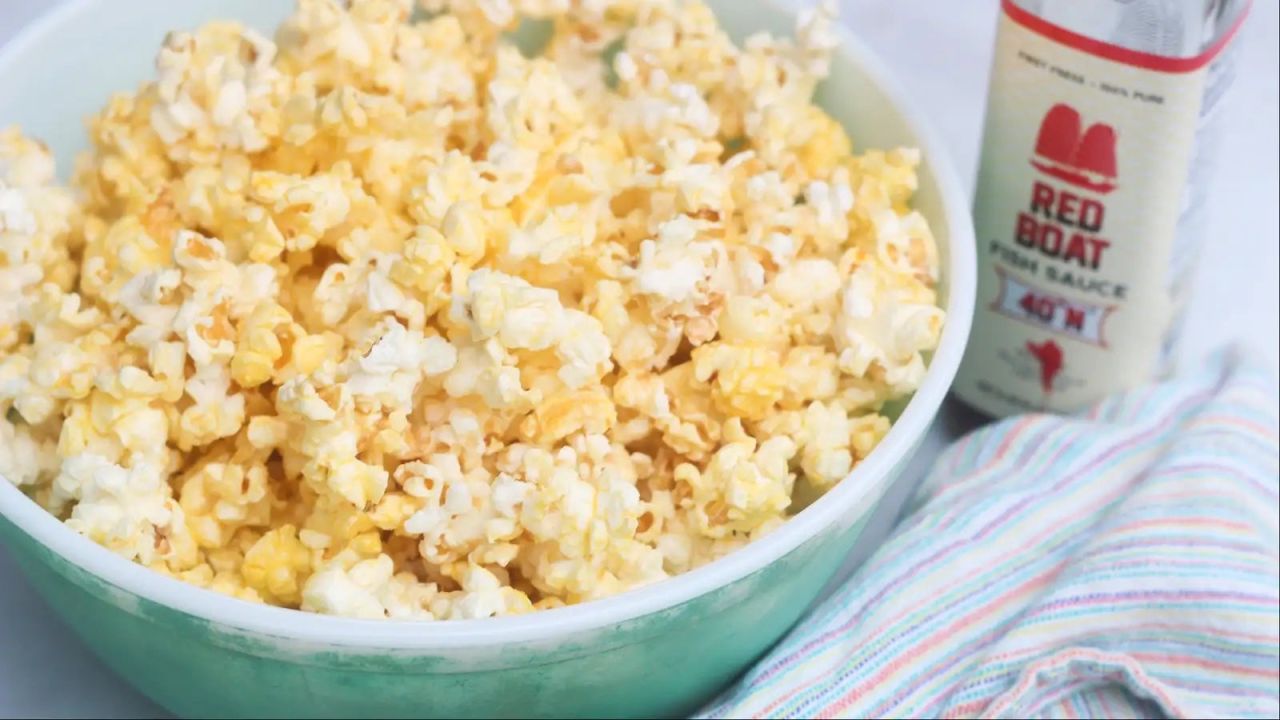 Water is the enemy of popcorn, and most sauces are water-based. But some of those sauces taste really good with fluffy popcorn, you just have to emulsify them with fat to keep things from getting soggy. My personal favourites are soy sauce butter, fish sauce butter, hot sauce butter, and maple butter, but feel free to come up with your own concoctions. 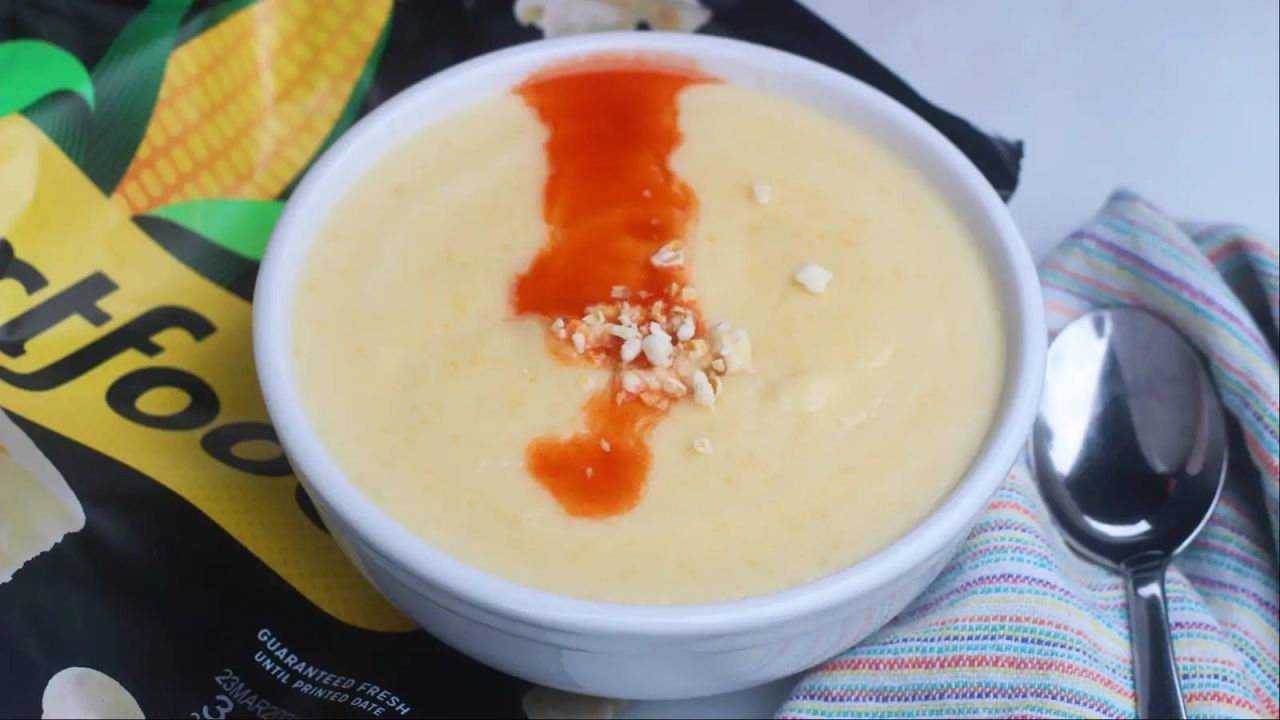 I did not invent popcorn grits, but I did invent Smartfood popcorn grits, and I’m very proud of them, so I’m inserting them here even though it’s a stretch:

I have no regrits. My only criticism is that they lack the toasted, sweet aroma and flavour of corn that has been nixtamalized, but they’re still better than 80% of the grits I have been served in Portland. They’re smooth, creamy, corny, and a little cheesy, and they take about 12 minutes to make. If their nixtamal-less nature makes you hesitate to call them “grits,” that’s fine — they’re an excellent corn-based porridge either way.

Or make a salad

My other favourite off-label use for popcorn is the highly controversial popcorn salad that was thrust into the public consciousness by Molly Yeh a little over a year ago. Everyone was very angry at this salad but, as Joel and I discovered, it was actually really, really good:

Joel and I have shared many meals, both in person and online — some of which have been quite fancy and expensive — but this was by far the most surprising thing we have ever eaten in tandem. In short, it worked much better than it had any right. It was a corn salad, except the corn was popped, and the mayo-coated kernels were crunchy and chewy all at once. I was delighted. I was charmed. I was apologetic.

Get those pesky kernels out of the bag 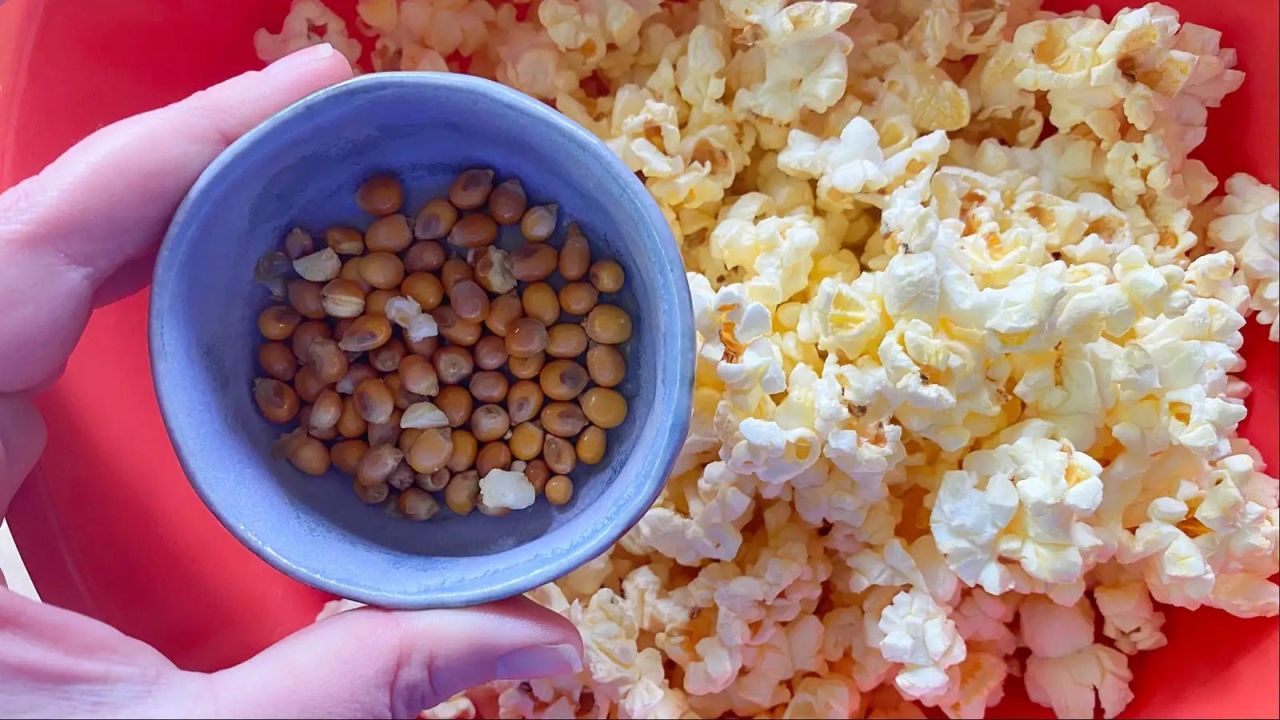 Most of the popcorn I eat is stove-popped, but I’ve been known to dip into a bag of the microwave stuff. (It’s just so convenient!) It is, however, hard to pop all the kernels without burning some of the popped corn. There is, however, a very easy way to get the un-popped pieces out of bag: Just use the slit. 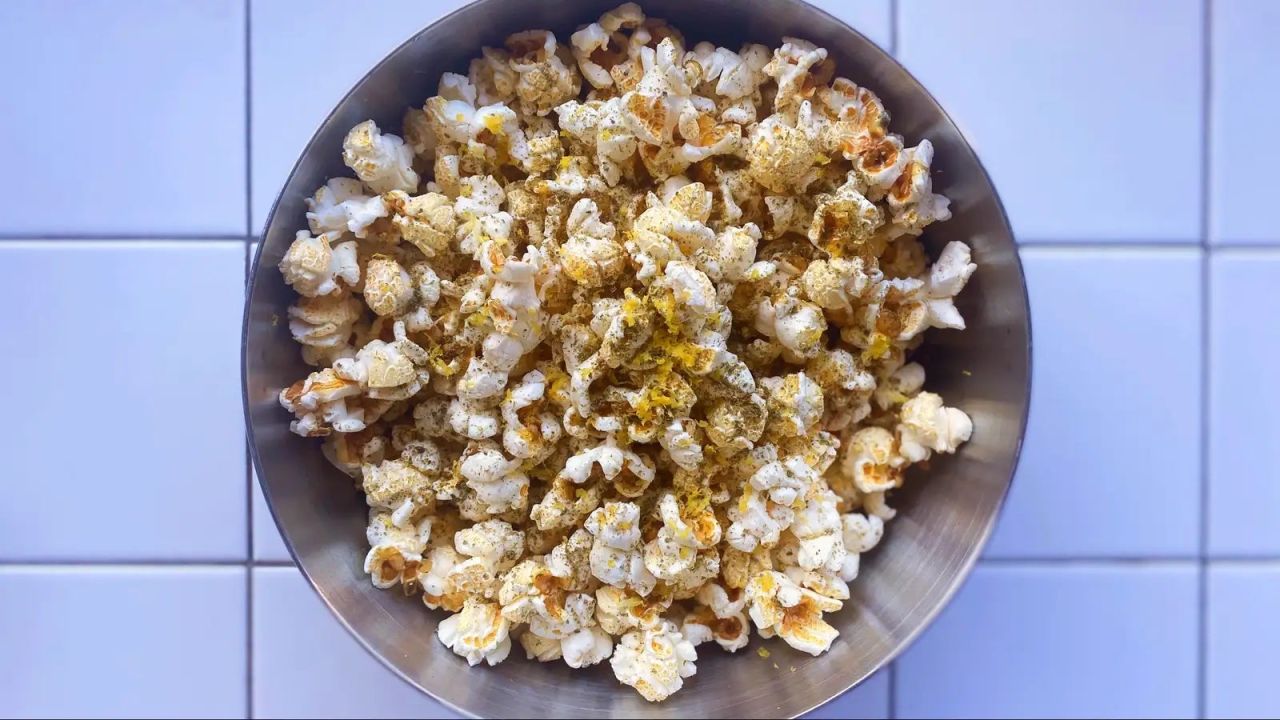 Lemon-caper popcorn is my newest obsession. This popcorn is seasoned with pulverised dried capers and fresh lemons zest. It’s salty, piquant, and heady, and perfect with a glass of crisp white wine. (Add crispy air-fried capers for extra credit.)

Make your own kettle corn 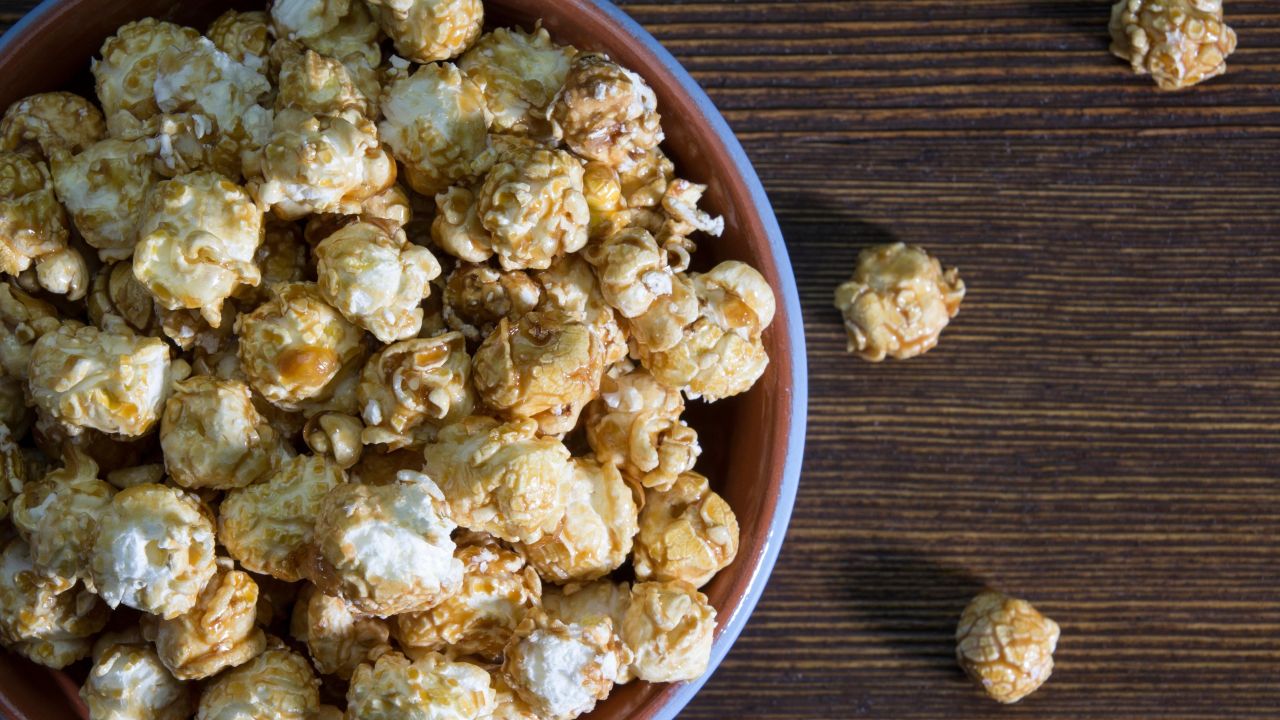 For some reason, I always assumed kettle corn was out of my DIY reach. I’m not sure where I got that idea, but it doesn’t matter, because A.A. Newton has thoroughly disabused me of it. She can walk you through the process, but it’s really just a matter of light measuring with one extra ingredient. (Sugar.)