10 of the Cheapest and Healthiest Ways to Feed a Group, According to Reddit

How do you feed a house full of people on a budget, while still keeping the meals reasonably balanced and healthy? That was the subject of a few threads on our favourite meal idea subreddit, r/EatCheapandHealthy. One poster asked how to feed five people who don’t like rice and beans, and another wanted to feed four people including a “gym guy.” In these and other threads, the community delivered. 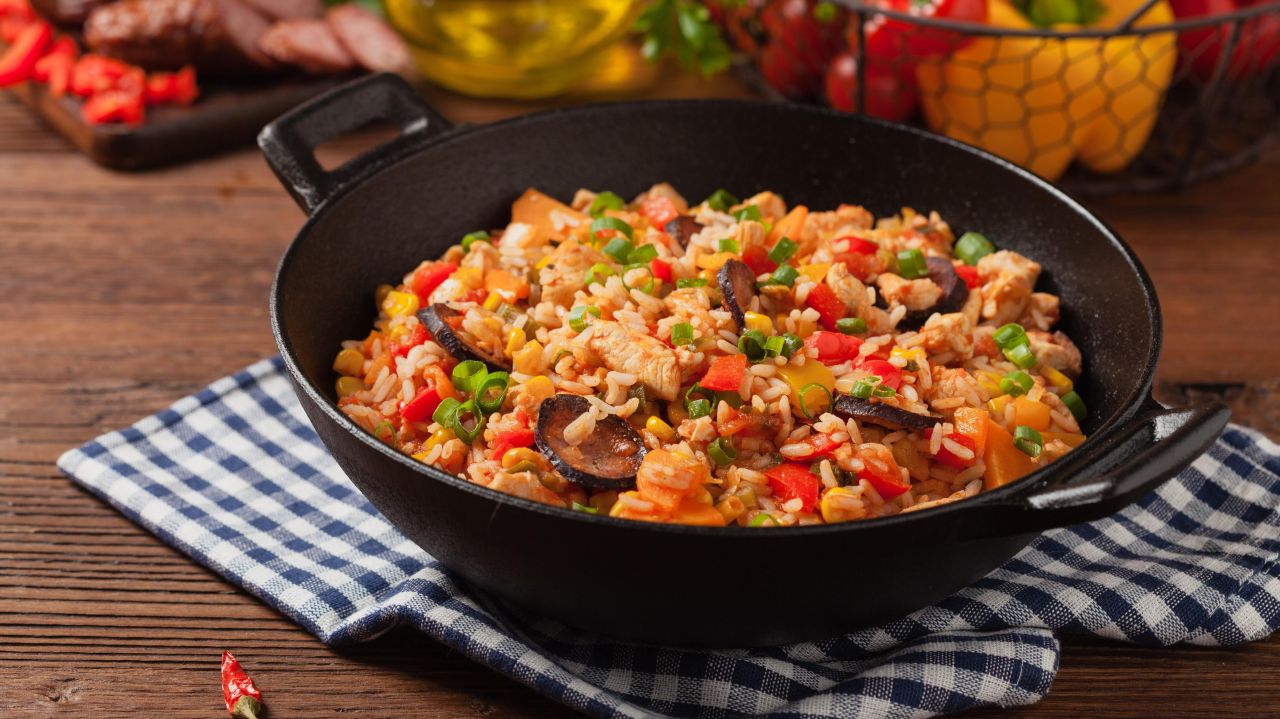 The Creole and Cajun rice dish known as jambalaya came out as one of the top picks for a meal that’s based on rice (cheap) but also includes protein. The dish also contains veggies, with celery, peppers, and onions as the typical base. Jambalaya traditionally includes Andouille sausage and seafood, which can both be pricey, but several posters pointed out that it still tastes pretty good with other types of smoky sausage and with cheaper meats like chicken thighs and frozen salad shrimp. 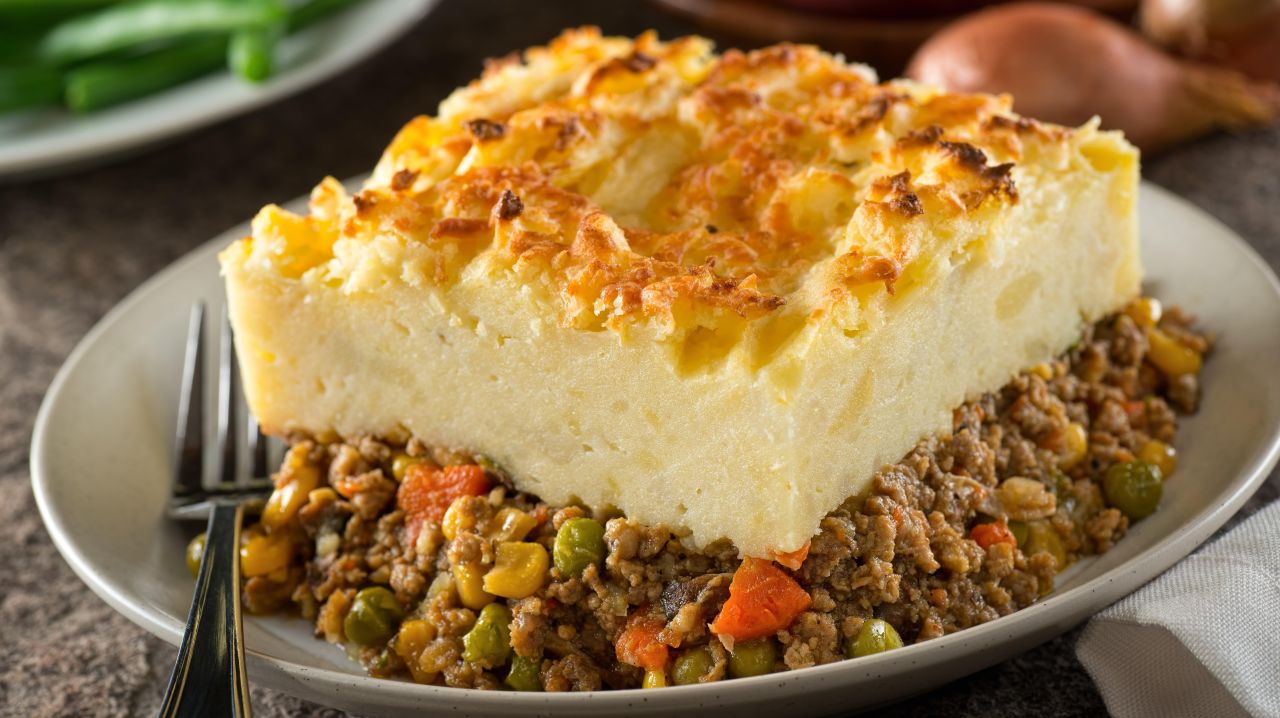 Shepherd’s pie is a lamb stew dish topped with mashed potatoes, but a similar dish called cottage pie can be made with ground beef. Ground beef is not only cheap to start with, but can also be stretched by combining it with chopped mushrooms or textured vegetable protein. Frozen veggies work well for the rest of the filling, and then all you need is a layer of mashed potatoes (or tater tots) for the topping. 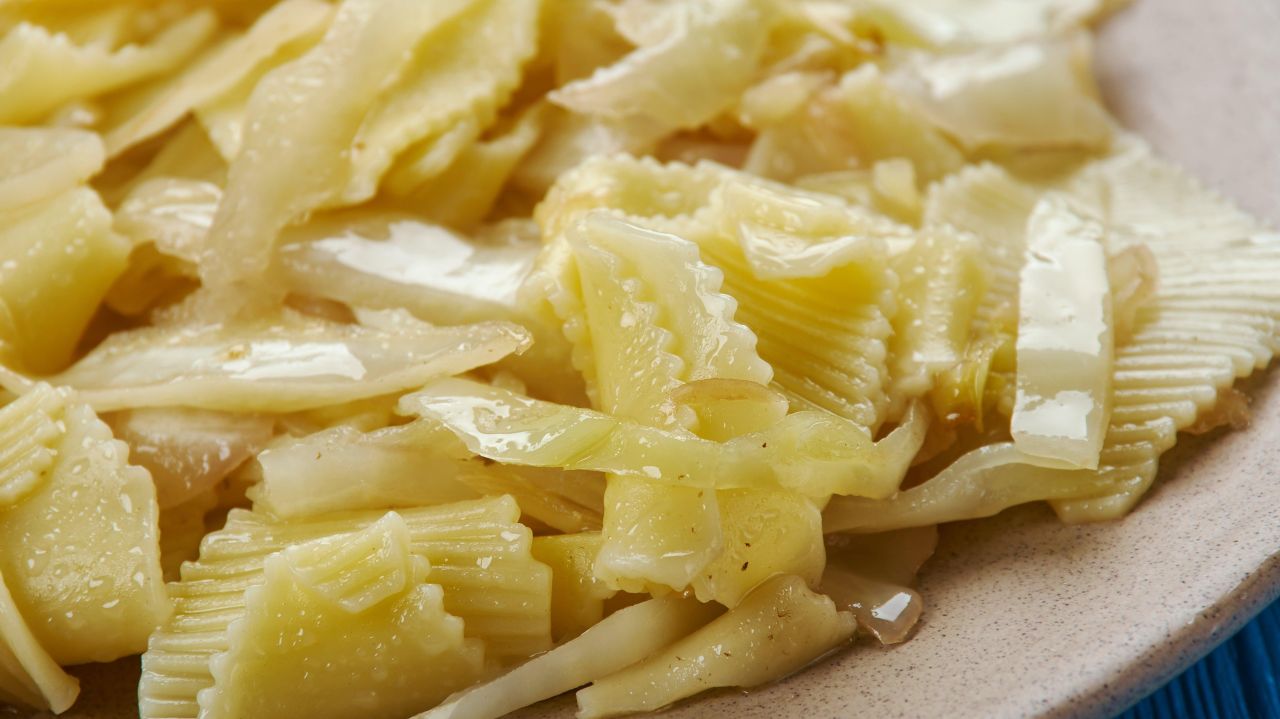 I grew up in a city with lots of Polish immigrants, so I know haluski as a staple of church dinners and school lunches. The basic idea is that you make egg noodles, and toss them with cabbage and lots of butter. (I suppose you could reduce the butter if that helps it to fit your idea of “healthy.”) All the ingredients are relatively cheap, and you can add ham to bump up the protein. 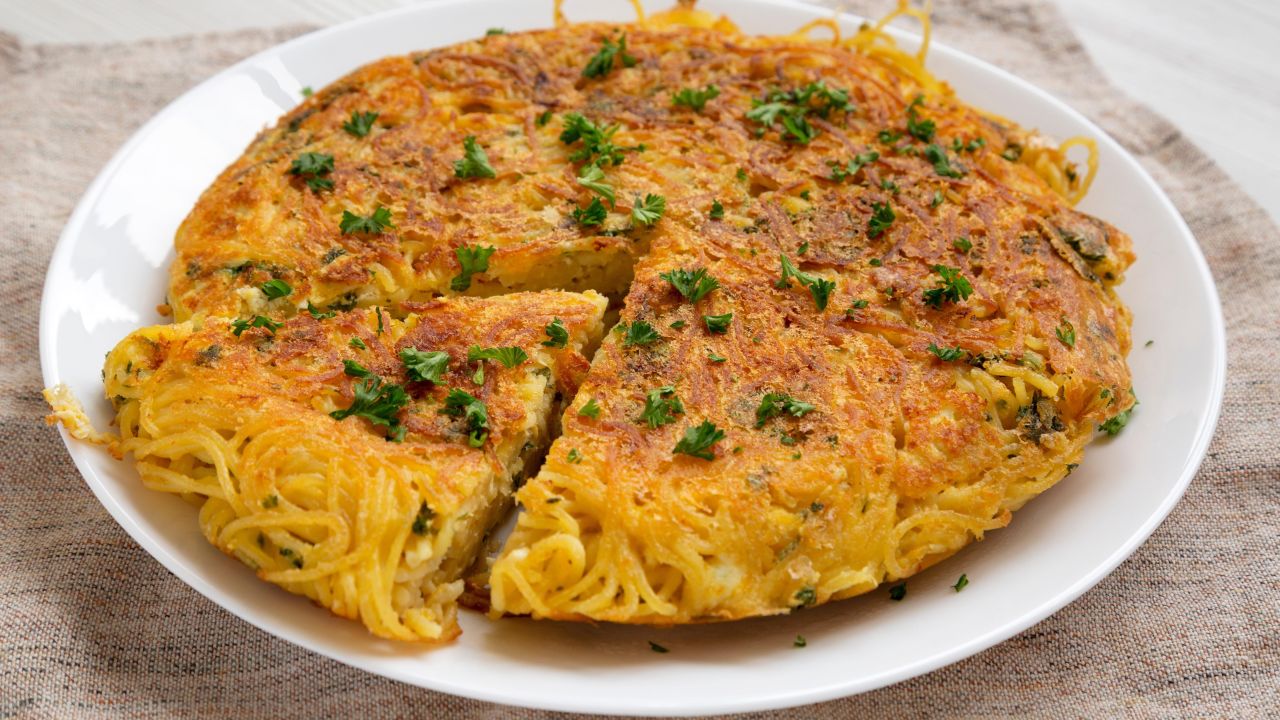 A frittata is basically a gigantic omelet, sliced and served like a pizza. It looks nice and neat, which allows it to conceal all sorts of chaos.

You see, you can put anything into it that you would put into an omelet, like an assortment of chopped meats and vegetables. But you can also dump in all of last night’s leftover spaghetti, complete with sauce. Or throw in whatever else is in the fridge and needs to be used up. Serve with bread and salad on the side if you want to be fancy. 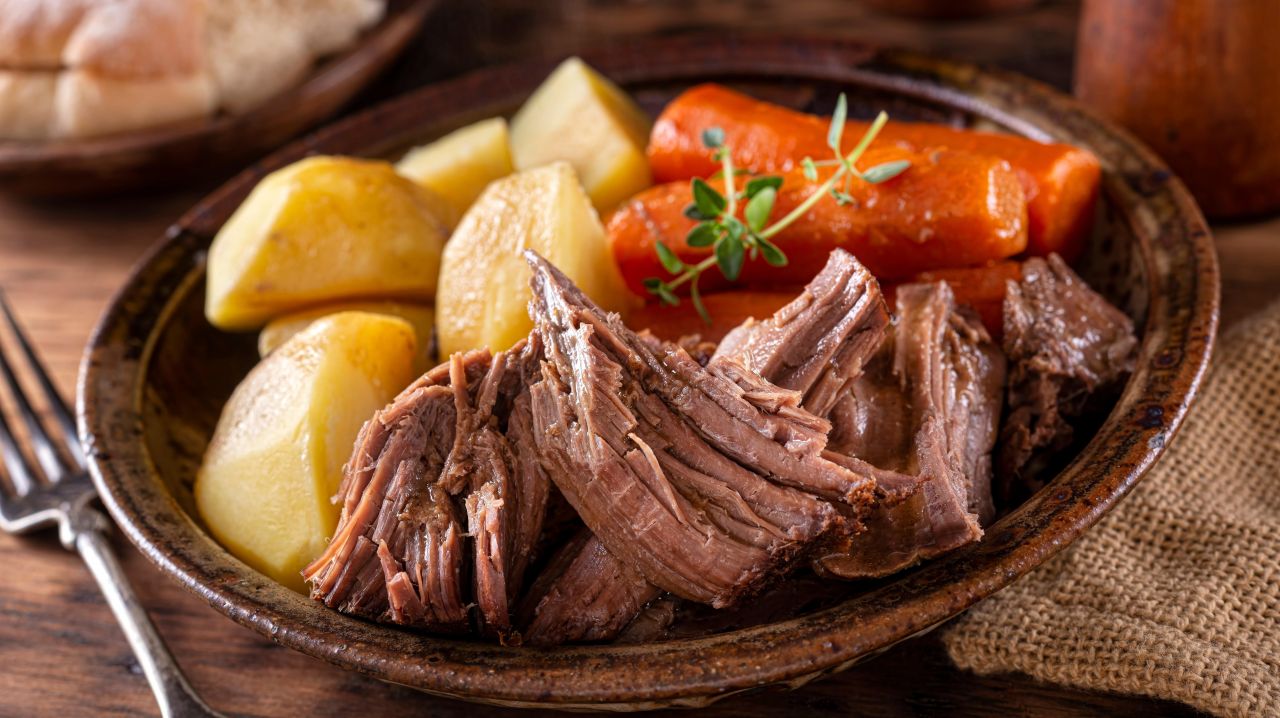 A pot roast takes time to make, but doesn’t require a lot in the way of money or even cooking skills. The meat that’s used tends to be a cheaper cut, and all you have to do is toss it into a slow cooker (or Instant Pot) with potatoes, carrots, onions, and the seasonings and stock of your choice. (Here’s one redditor’s recipe, and here’s one of ours.) You can also turn any leftovers into a cottage pie the next day. 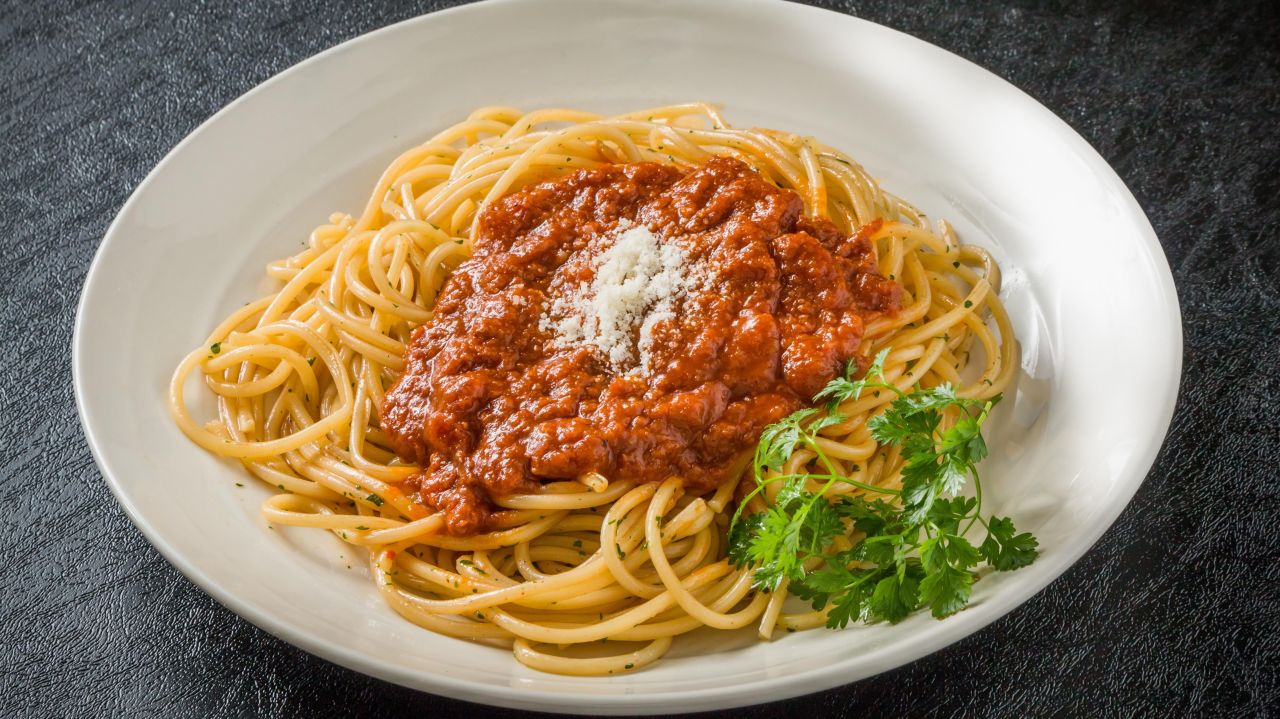 Pasta is one of the top picks for a cheap, quick carb, but how to make it a meal? Tomato sauce with ground beef (or ground turkey, if that fits your macros better) can be savoury and protein-packed, with as much or as little fat as you like. You can also add extra veggies, if you want. If you’re not sure where to start with the tomato sauce, try this recipe from our own Claire Lower that adds flavour to even the blandest grocery store tomatoes. 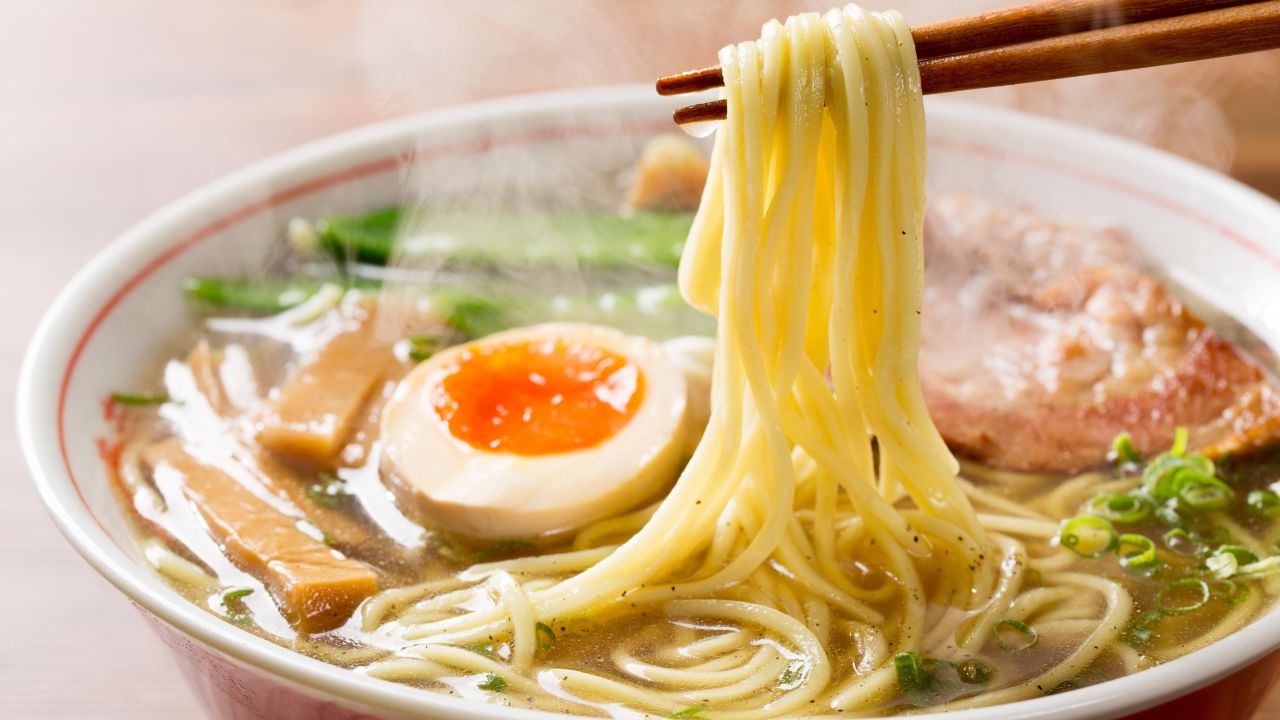 Ramen noodles are scandalously cheap, and can be filled out with as many extras as you want to make a meal. We have a collection of ways to make instant ramen more interesting, and I also like this Reddit recipe for “bougie ramen deluxe” with thin strips of zucchini and carrot, green onions, eggs, and extra seasonings. (You can, of course, use any veggies or meats you like.) Make it extra fancy with a marinated egg. 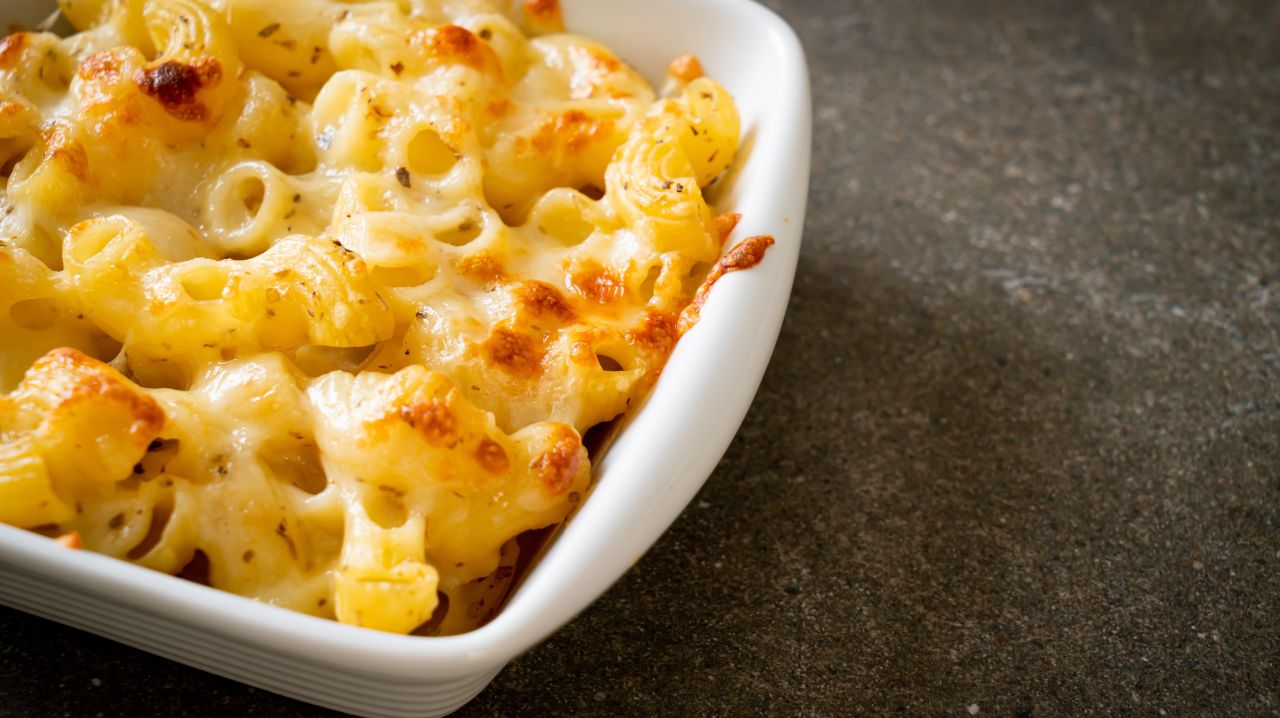 You can use boxed macaroni and cheese for this, or make like a grownup and cook your own from scratch. Either way, the key is that you add stuff to it. This recipe from Reddit involves tomatoes and turkey sausage. We have some other suggestions, including adding a meat of your choice, and stirring in some spinach or caramelised onions. 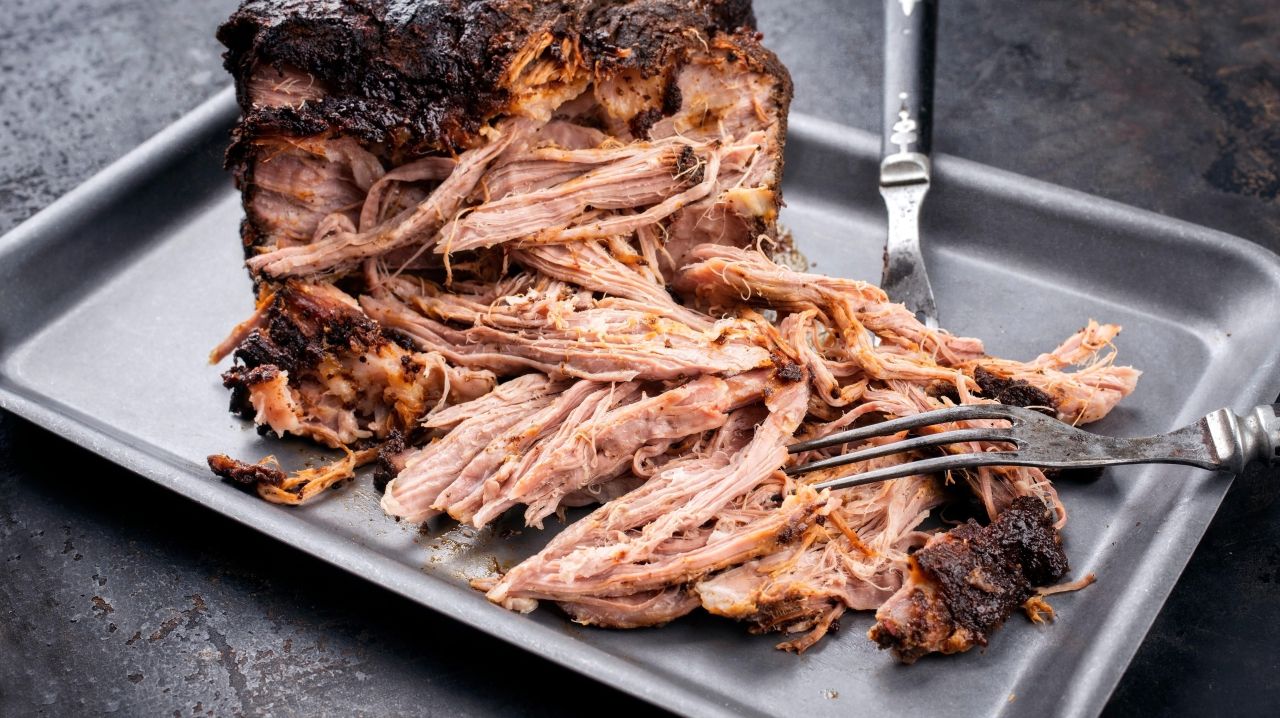 “Dollar per pound pork shoulder is probably the cheapest meat you can feed a lot of people with,” notes one redditor, and they might be right. (Chicken thighs would be another strong contender.) Slow-cook your pork with barbecue sauce and serve with barbecue-style sides, or make carnitas like I do: Stab it all over, stick slivers of garlic in the stab holes, toss some jalapeños in, and cover everything with a can’s worth of beer. 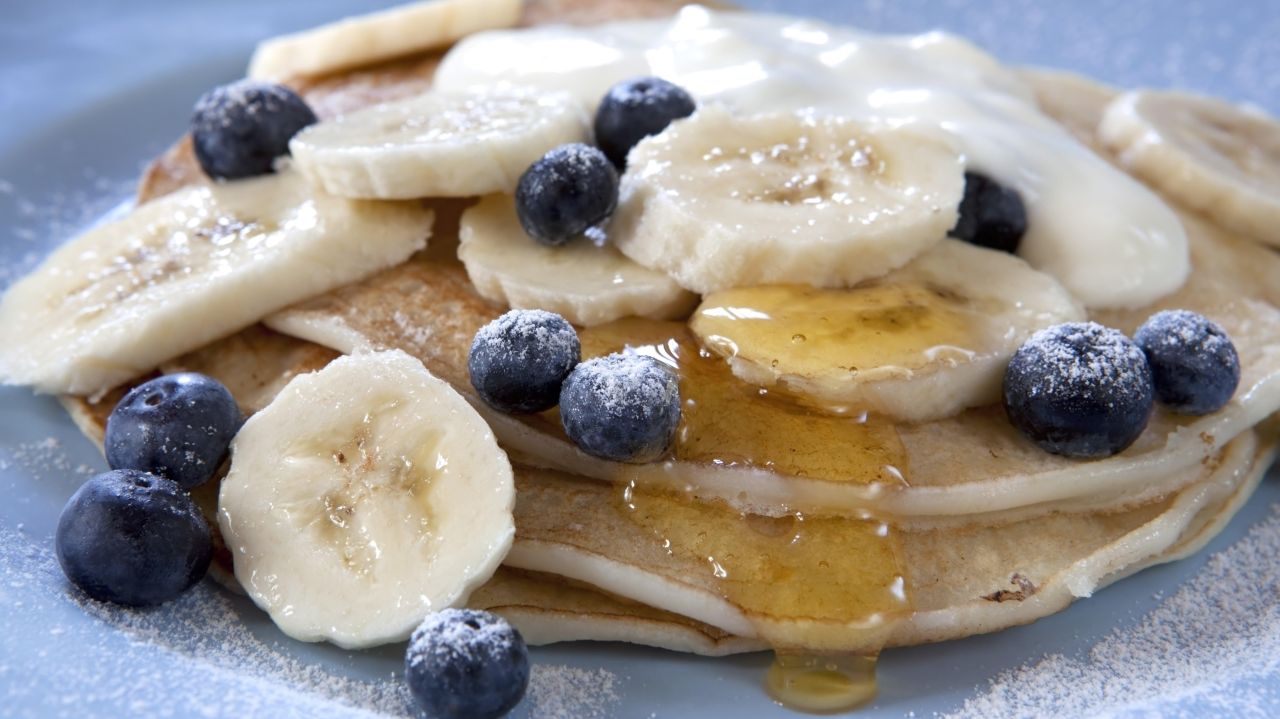 Everybody loves breakfast for dinner, but you don’t have to resort to boxed cereal (which you probably already tried and the roommates complained that this doesn’t count as “cooking”). Buy a bulk bag of pancake mix, one redditor suggests — or you could make them from scratch, which is not hard — and top with fruit, whatever kind you can get on sale. Bananas are cheap as hell and go great on pancakes. Serve with some sausage or a side of Greek yogurt for protein.