10 Household Objects That Are ‘Dirtier’ Than a Toilet Seat

I thought it would be a fun to write a listicle about things in your house that are dirtier than your toilet, mostly because I wanted to make you feel bad about your housekeeping. I quickly discovered I was hardly the first internet–hack/list–artist to have this idea.

“X is dirtier than a toilet seat!” is practically an internet sub-genre for a good reason. Headlines like “Your Keyboard: Dirtier Than a Toilet” are attention-grabbers, and just about anything you can think of, from remote controls to dog bowls, has been been compared unfavorably to toilet seats. But why is the toilet seat the measure of cleanliness in the first place? And what does it mean for one object to be “dirtier” than another?

Most of these articles equate “amount of bacteria per square inch” with cleanliness and dirtiness, but this isn’t really a useful way of measuring dirt. Most of the bacteria covering everything aren’t harmful. Bacteria doesn’t smell bad. It’s invisible. So how is something covered in invisible, odourless, harmless micro organisms dirtier than something that’s covered in, I don’t know, vomit?

And why is a toilet seat the universal measure for “dirtiness?” In most homes, toilets seats are cleaned often, with effective chemicals, especially compared to the number of times they’re used. They’re non-porous. They’re dry. They’re not a great place for bacteria to grow.

What’s really going on is that toilet seats are “dirty” in the sense that people sit on them to take a crap — the dirtiness is in our minds. Toilet seats are subjectively “dirty” because we know people do their foul business on them, not objectively dirty, i.e.: likely to be covered in bacteria. Comparison articles grab your attention because they’re playing on the two different definitions of “dirty,” making the bold proposition that your car keys are dirtier than your toilet, daring you to take a look and discover that as long as you ignore what you think you know to be dirty (i.e.: places where people take craps), your car keys are indeed dirtier than your toilet seat.

This is why I have judged each filthy thing in your home both in terms of how much more bacteria it hosts than a toilet seat, and how much dirtier it is in terms of just being nasty. 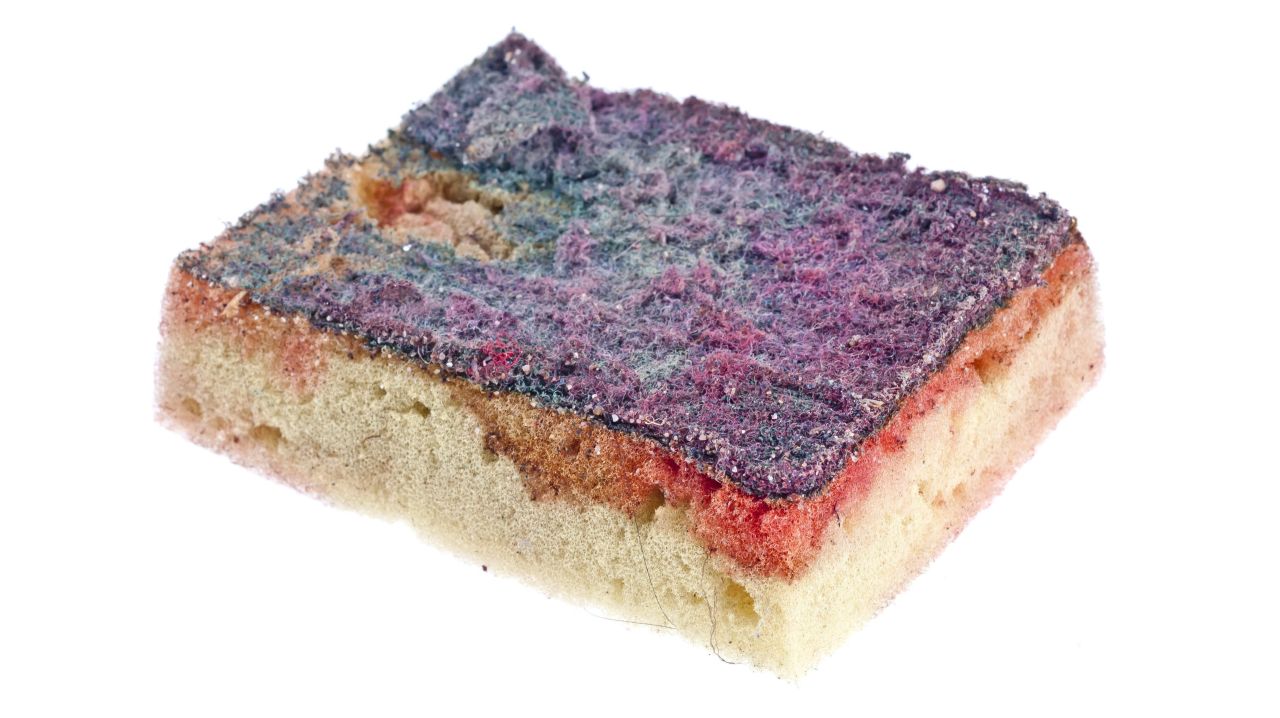 Lifehacker has long maintained that sponges, on the whole, are bad, and in terms of bacteria, they are probably the dirtiest thing in your house, They are 200,000 times more germ-befouled than a toilet seat. According to sponge-filth research conducted at Germany’s Furtwangen University, wet, porous kitchen sponges are ideal incubators for microorganisms. There are 362 different species of bacteria on an average sponge’s surface and crevices. The density of bacteria reached up to 45 billion per square centimeter. Even subjectively, you just need to look at your gross old sponges, or given them a quick sniff, to see how gross they are.

(How to clean your kitchen sponges.) 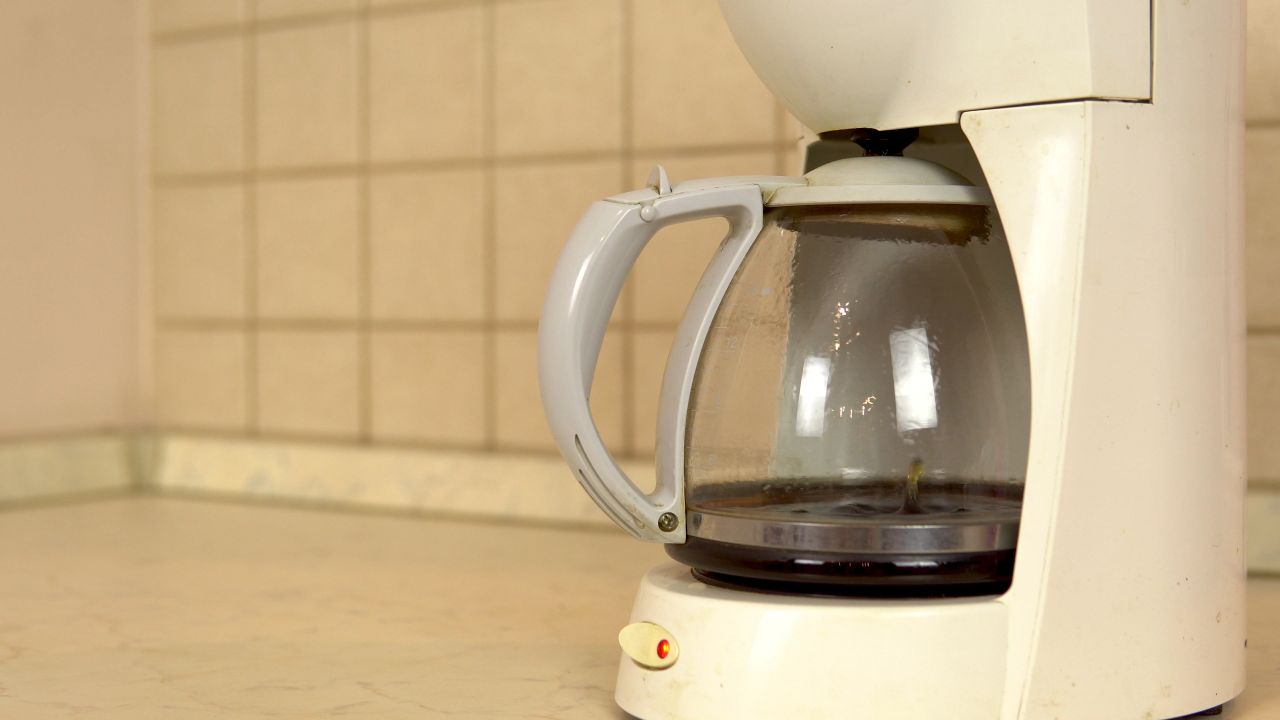 The carafe of your coffee maker is probably fine — you run boiling water through it after all all — but the reservoir in the back of that thing is filthy. According to germiness research from non-profit public health organisation NSF International, your coffee maker is twice as dirty as your toilet seat, at least in terms of coliform, the family of bacteria that includes Salmonella and E. Coli.

I’m not really buying it, because anything you drink out of a coffee maker is likely to be boiled before it gets to your lips, which will kill all that stuff. Still, mould can build up, and coffee makers are prone to collecting bitter coffee oils and minerals that will screw up your brew — all of which adds to the subjective filth score.

)How to clean your coffee maker.) 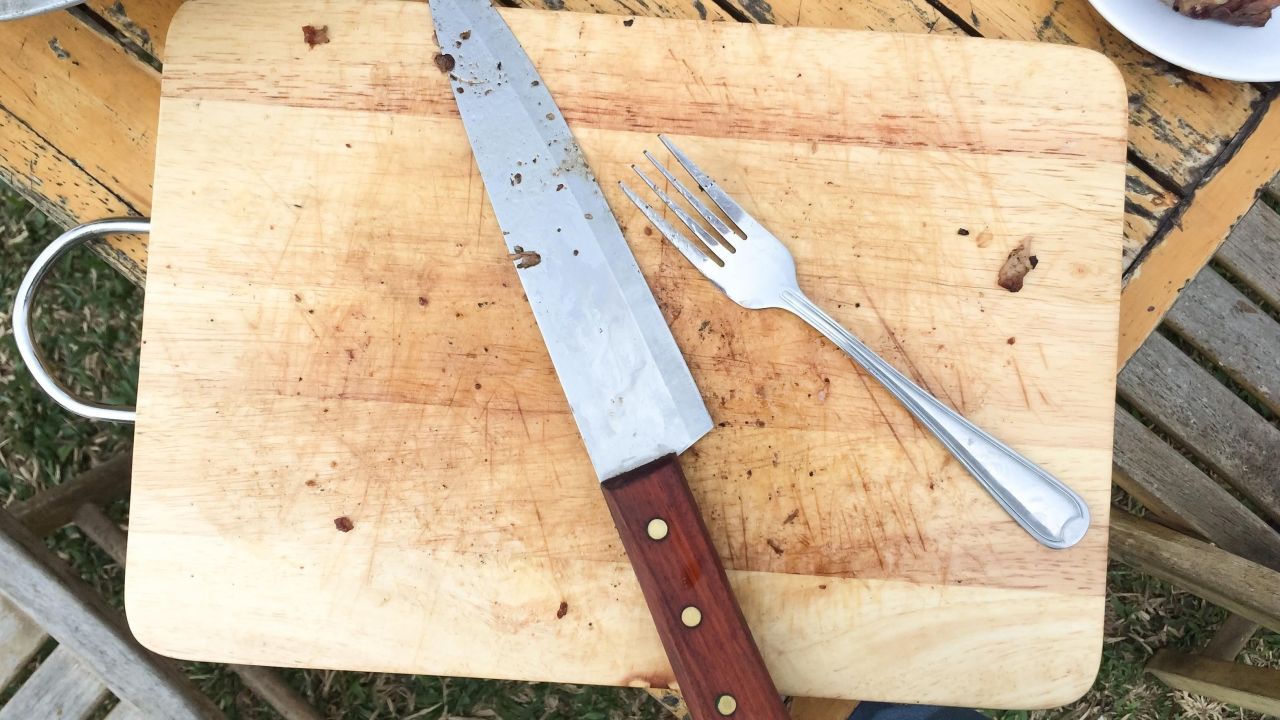 Cutting Board to Toilet Seat filth ratio: 200 to 1

(How to clean your cutting board.) 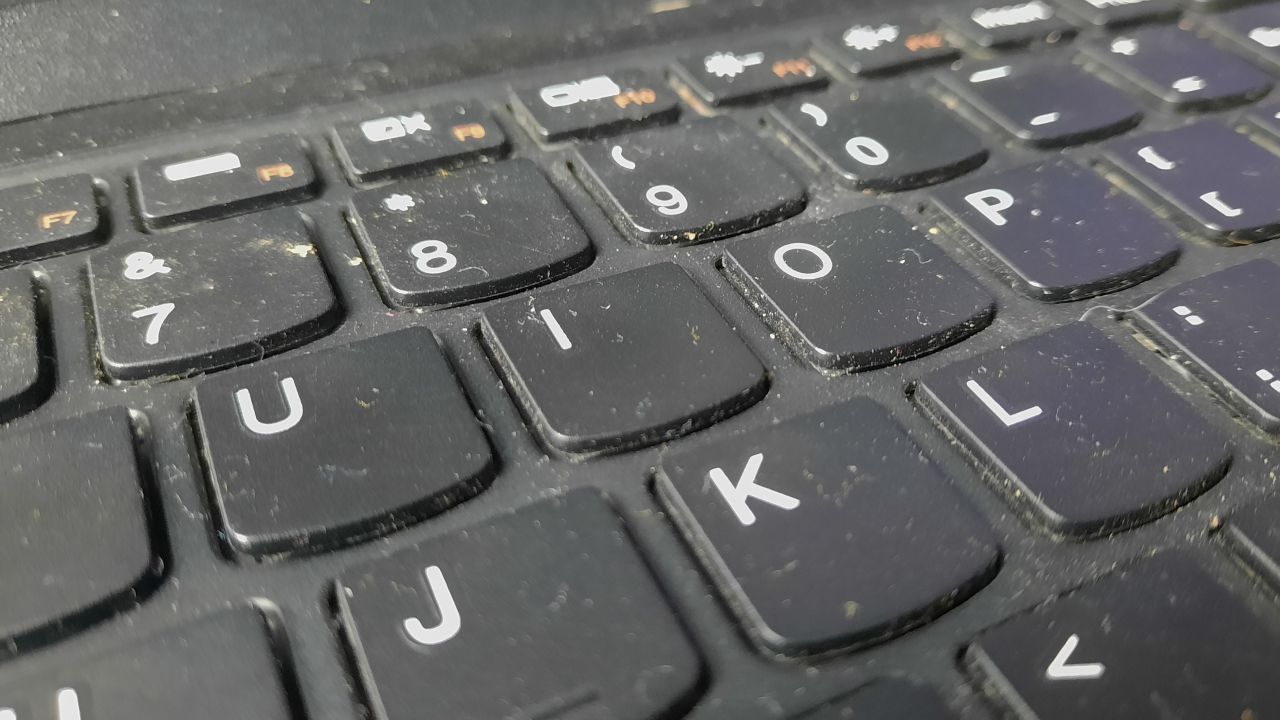 A University of Arizona study that showed that an average desktop computer keyboard has 400 times more bacteria than the average toilet seat. But so what? Sterilizing your keyboard would kills germs and viruses your fingers leave there, but unless someone else is using your keyboard, it’s not spreading anywhere.

In terms of subjective cleanliness, you gotta clean your keyboard — shit’s foul. Crumbs fall in there, dirt from your fingers rubs off, probably some spit is between the keys from when you drooled that time — it’s a bad scene.

(How to clean your computer keyboard.) 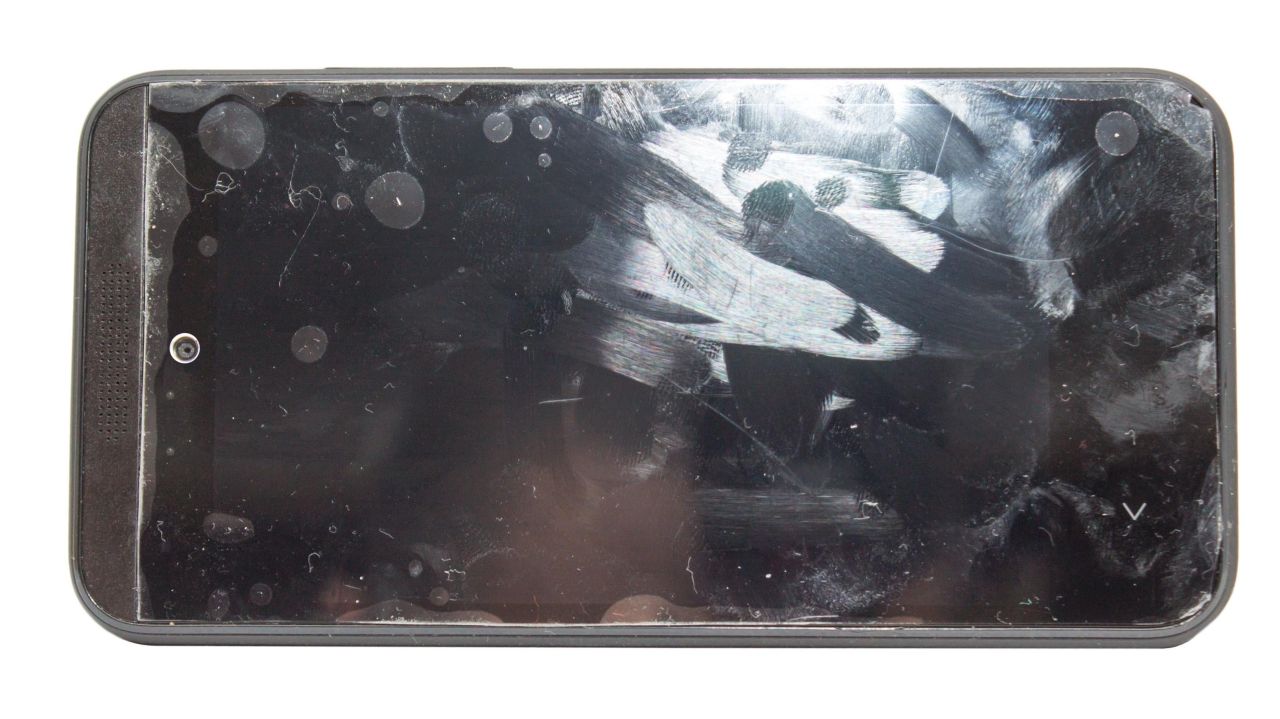 Your cell phone is 10 times dirtier than a toilet seat, meaning it’s 40 times cleaner than your computer keyboard. I do not accept this. All the bacteria on your cellie come from your fingers and the side of your face. You pick up germs when you touch anything in the world, it gets mixed with your body’s oily secretions, and you smear it all over your screen while you’re playing Candy Crush. Gross. Most of these bacteria are not harmful, but during cold and flu season, it’s a different story, especially if you’re sharing your phone. From a subjective perspective, not cleaning your screen results in unsightly smudges, and no one wants unsightly smudges.

(How to clean your cell phone.)

Pillowcases have a 1:1 dirtiness ratio using the toilet seat standard scale, according to research conducted by North Carolina State University biologist Rob Dunn. But you spend eight hours a night just grinding face oils, drool, dirt, dead skin cells, and mites into your pillowcase. It’s soft and ready to soak all that up. You don’t do that to your remote control. So you need to wash your pillowcases often. Chris Brantner, a certified sleep science coach at SleepZoo.com told Insider we should wash our pillowcases every two days, and If you can’t trust a certified sleep science coach from SleepZoo.com, I’m not sure there’s anyone left you can trust.

(How to clean your pillows and pillowcases.) 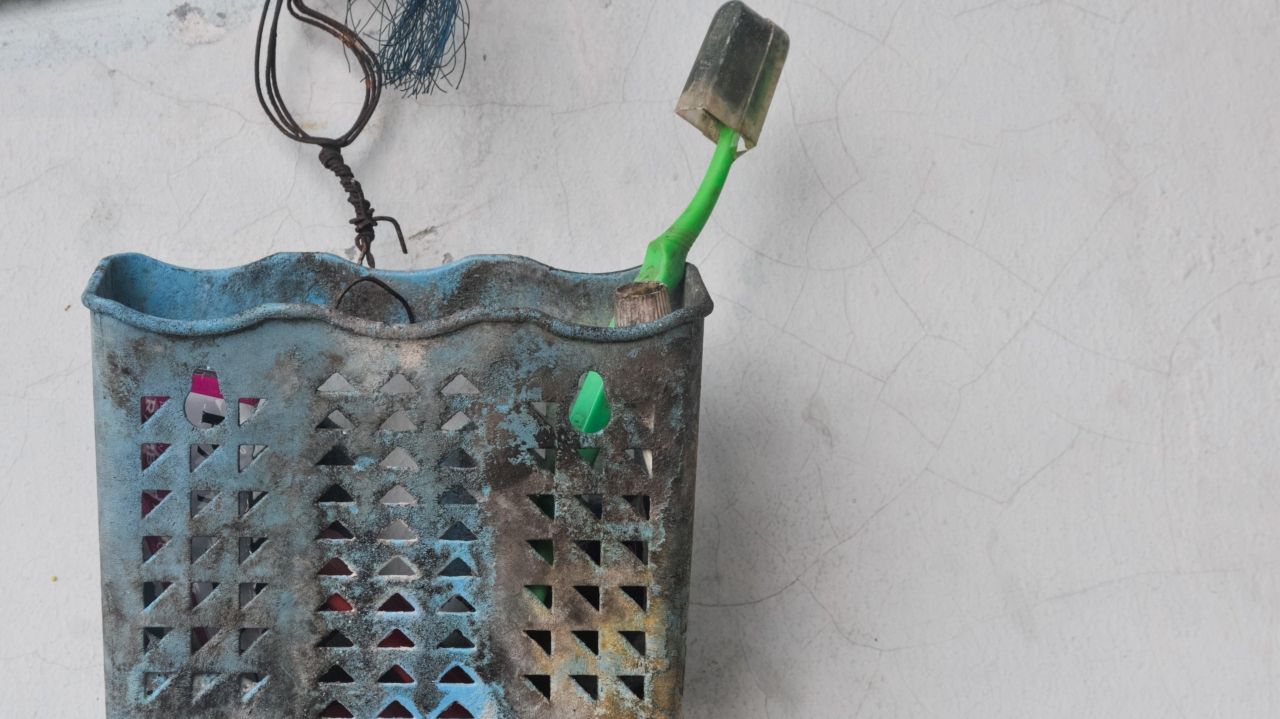 I’m moving into the bathroom now, where the real filth happens. According to toilet scientists, when you flush, bacteria and viruses are aerosolised and float around the room until they land on your toothbrush, but the germiest thing in your bathroom is likely your toothbrush holder. We replace our toothbrushes often, but the holders rarely get cleaned. According to research from non-profit public health organisation NSF International, about 27% of toothbrush holders showed signs of coliform bacteria — where only around 5% of toilet seats did.

Toothbrush holder to toilet ratio: 5 to 1

(Clean these items when it’s time to throw out your toothbrush.) 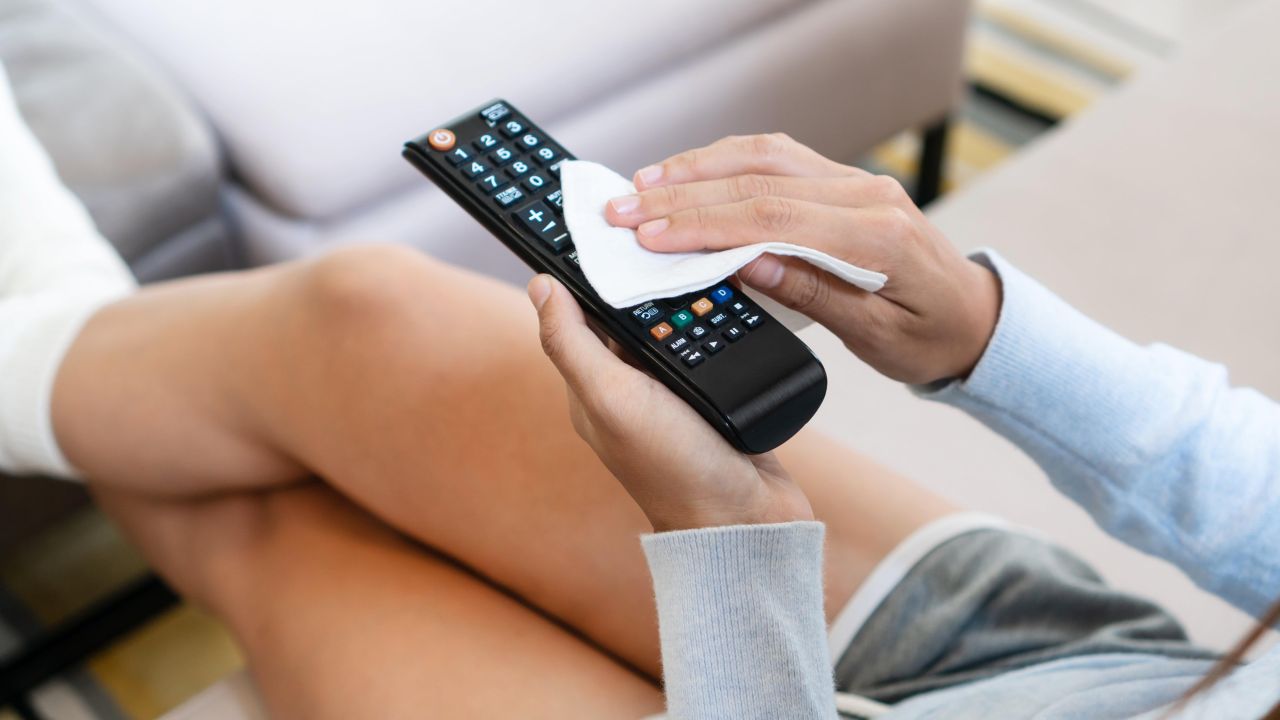 According to a survey from British furniture retailer Scs, about 67% of people never clean their television remote control, and these are proper British people, not slobbish Americans like us. As for how dirty your TV remote is, there’s a consensus among non-trustworthy internet sources like The Times of India that your remote control is 20 times as bacteria-laden as your toilet seat. I can’t find anything to back up this number, but I’m going to go with it anyway, what the hell, right?

On the subjective side, it’s not like you use your TV remote all that often, at least compared to your phone or your pillowcase. You don’t eat off it. It’s not damp or porous. It doesn’t smell bad. Personally, I’m not too worried about it.

(How to clean and sanitize your remote control.) 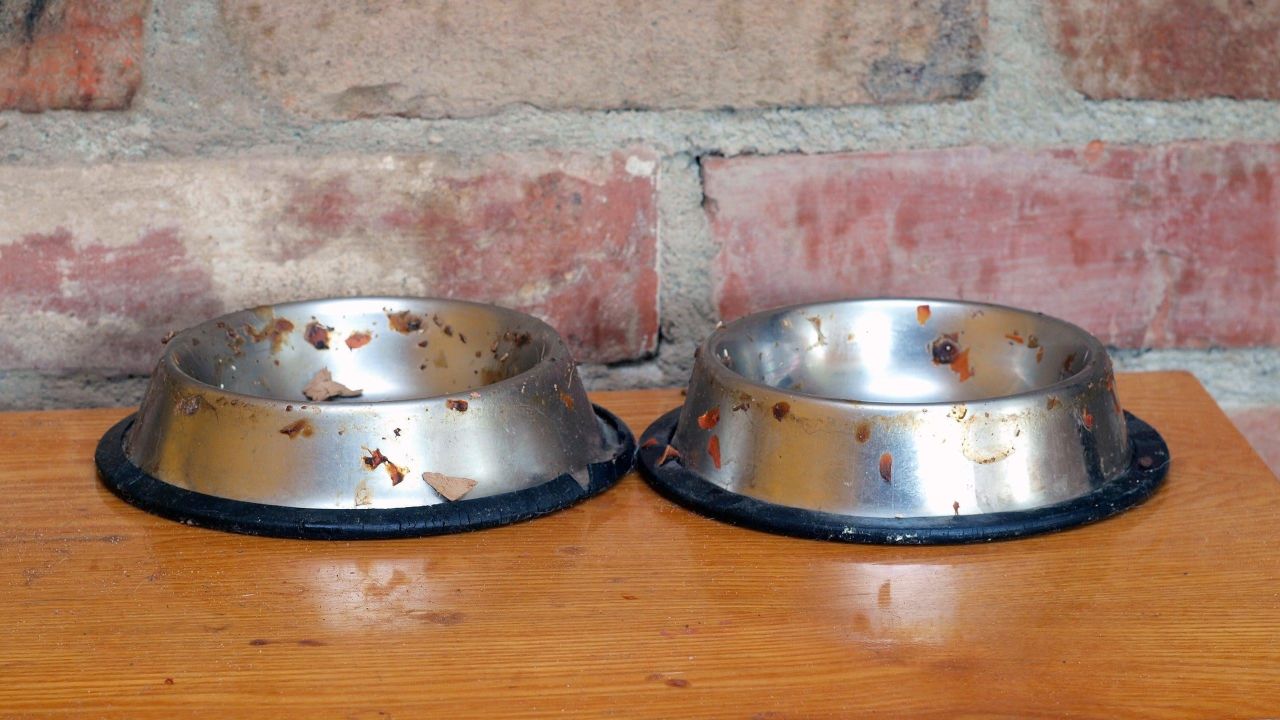 Your dog’s kibble dish is about 10 times as dirty as a toilet, according to the research conducted by NSF International — toilet seats have around 295 bacteria per square inch. Dog bowls about 2,110.

In terms of actual filth, dog bowls are much dirtier than remote controls, coffee-maker reservoirs, and almost anything else. Just look at one! They’re coated in dried dog slobber, stray dog hair, old bits of dog food, and god knows what kind of bugs and microorganisms. Truly disgusting if you don’t clean them all the time.

(How often you need to wash your dog’s food bowl.) 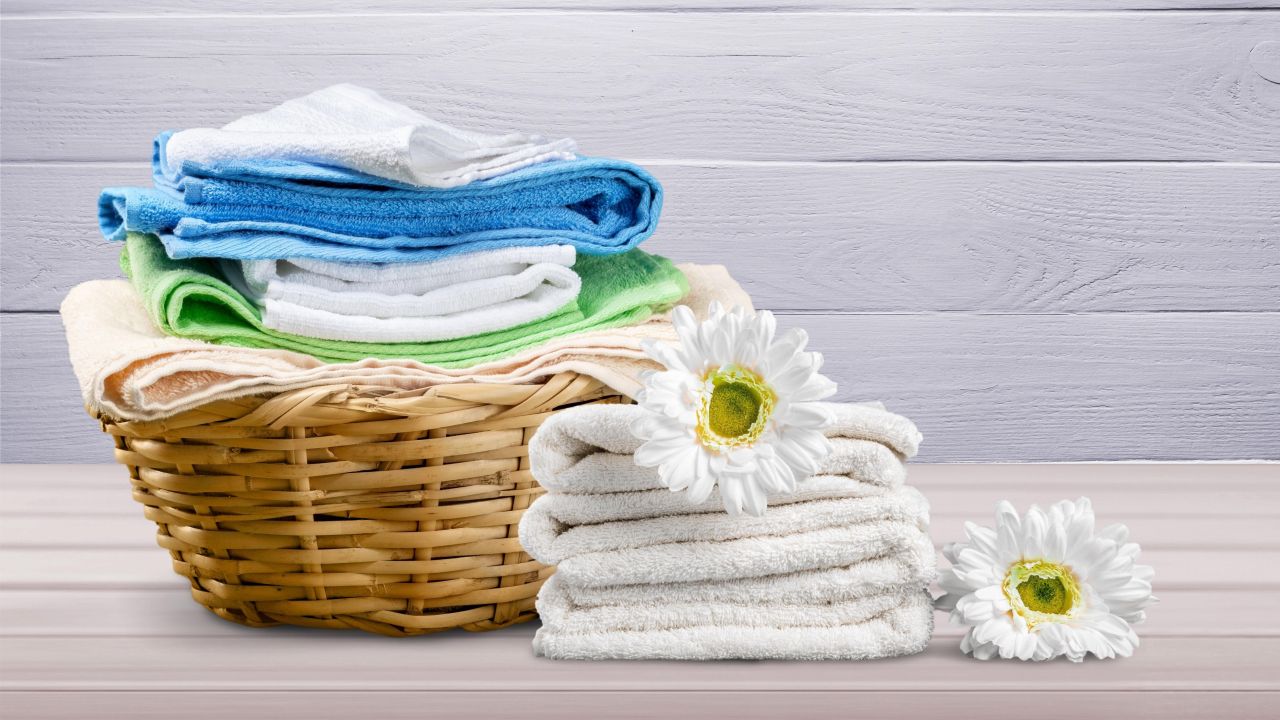 According to a study published in Frontiers in Microbiology, washing machines (particular cold-water washing machines with environmentally friendly detergents) causes a “microbial exchange of influent water bacteria, skin-, and clothes-related bacteria and biofilm-related bacteria.” In other words, you’re just spreading out the bacteria and filth evenly through your clothing. Not only that, the surviving bacteria are resistant to detergent. But how much dirtier is your clean laundry than a toilet seat? Considerably. According to the researchers, possible washing machine spread human pathogens “like Pseudomonas aeruginosa and Klebsiella pneumoniae,” are present in your clean laundry “sometimes even considerably more than toilets.”

I do not accept this. Your clean laundry is not dirtier than a toilet seat, and no amount of bacteriological data is going to change my mind.

(How to clean your washing machine.)