The Best New macOS Ventura Features Coming to Your MacBook

At WWDC 2022, Apple finally gave us a sneak peek at the upcoming macOS update: macOS Ventura will ship in the Fall of 2022, but it’s already available as a developer beta (if you’re feeling adventurous).

It’s not a revolutionary update, but what it does bring are some nice-to-have additions that can definitely make your life easier. Here are some of the best features that are coming to your Mac later this year.

Stage Manager will help you organise your messy windows 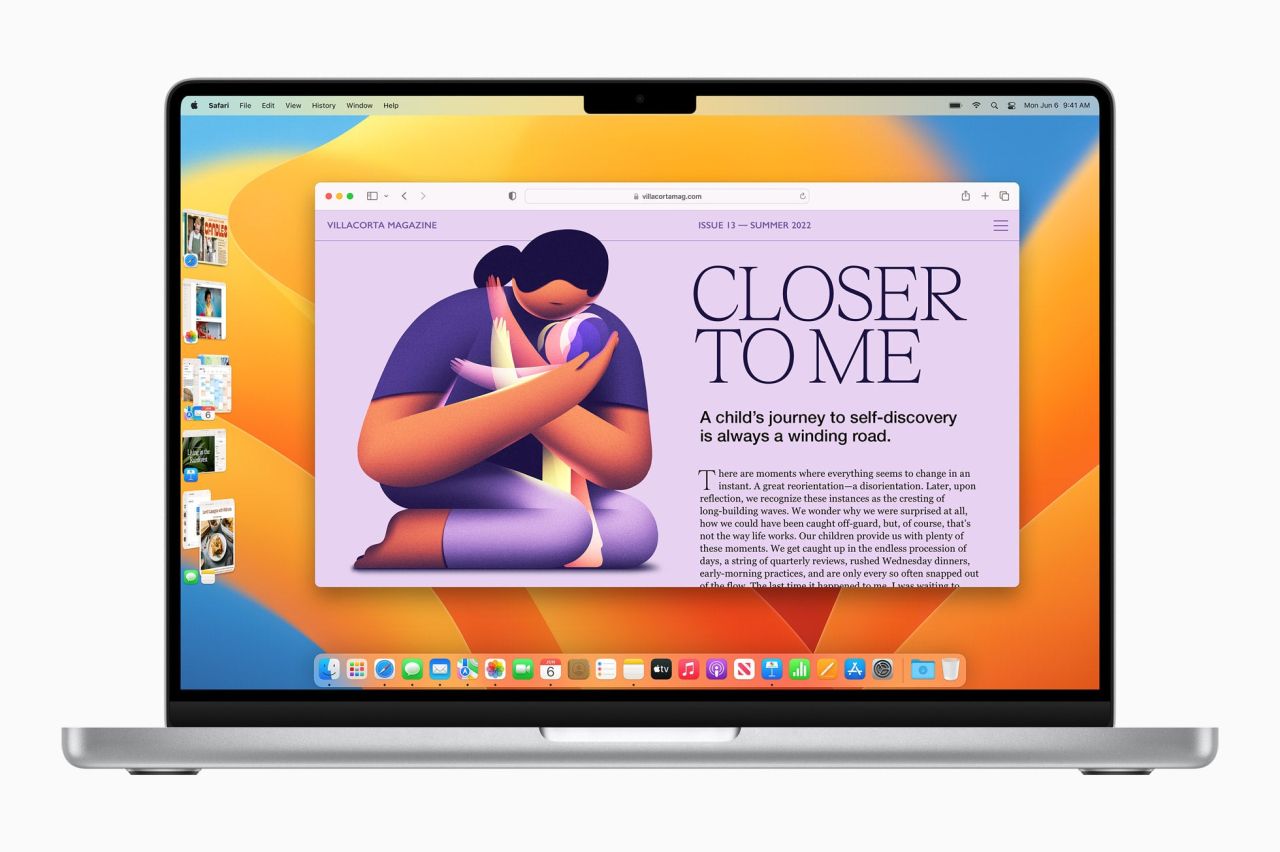 If you have dozens of windows open at any given time and find it hard to stay on top of them, macOS Ventura might just have a solution for you: It’s called Stage Manager, and it’s a unique take on multitasking.

Once activated, all open windows are arranged based on apps and groups to the left. Your current window is the only thing you see upfront. But you can add new windows to the group, rearrange them, or quickly switch a whole new set of windows from the Stage Manager on the left.

Your iPhone can work as your Mac webcam, no setup needed 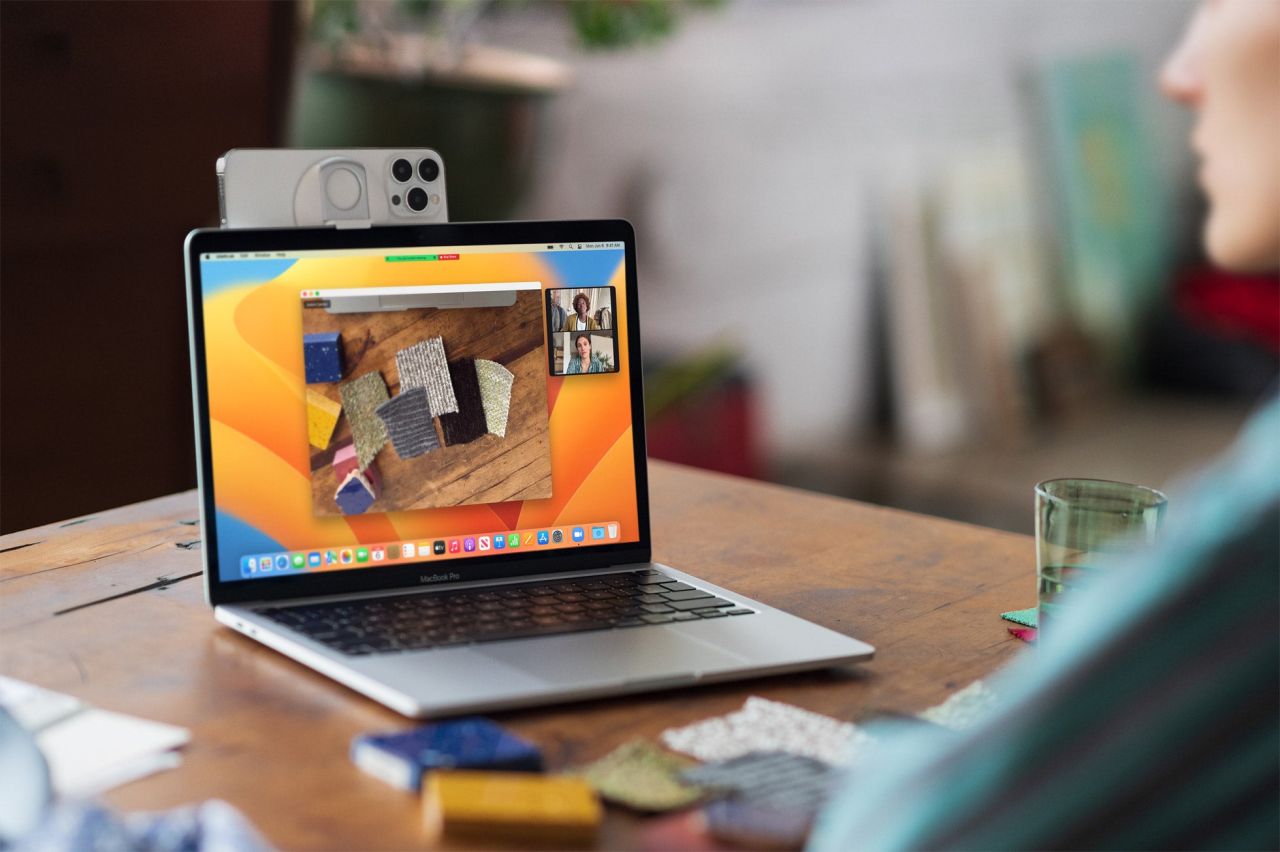 This feature is two years too late, but it’s still going to be appreciated by Mac and iPhone users: You can finally use your iPhone’s rear camera as your Mac’s webcam without any setup. Simply dock your iPhone on your Mac (you don’t even need to unlock it), and it will show up as a Camera in popular video-conferencing apps.

Because it’s an iPhone camera, you can access features like Portrait Mode and Studio Light, which blurs the background and enhances the lighting around face. Apple is also trying something whacky here: Its new Desk View feature provides a top-down view of what’s on your desk using the Ultra Wide sensor on the iPhone (again, no need to move the iPhone at all).

Passkeys want to make passwords a thing of the past 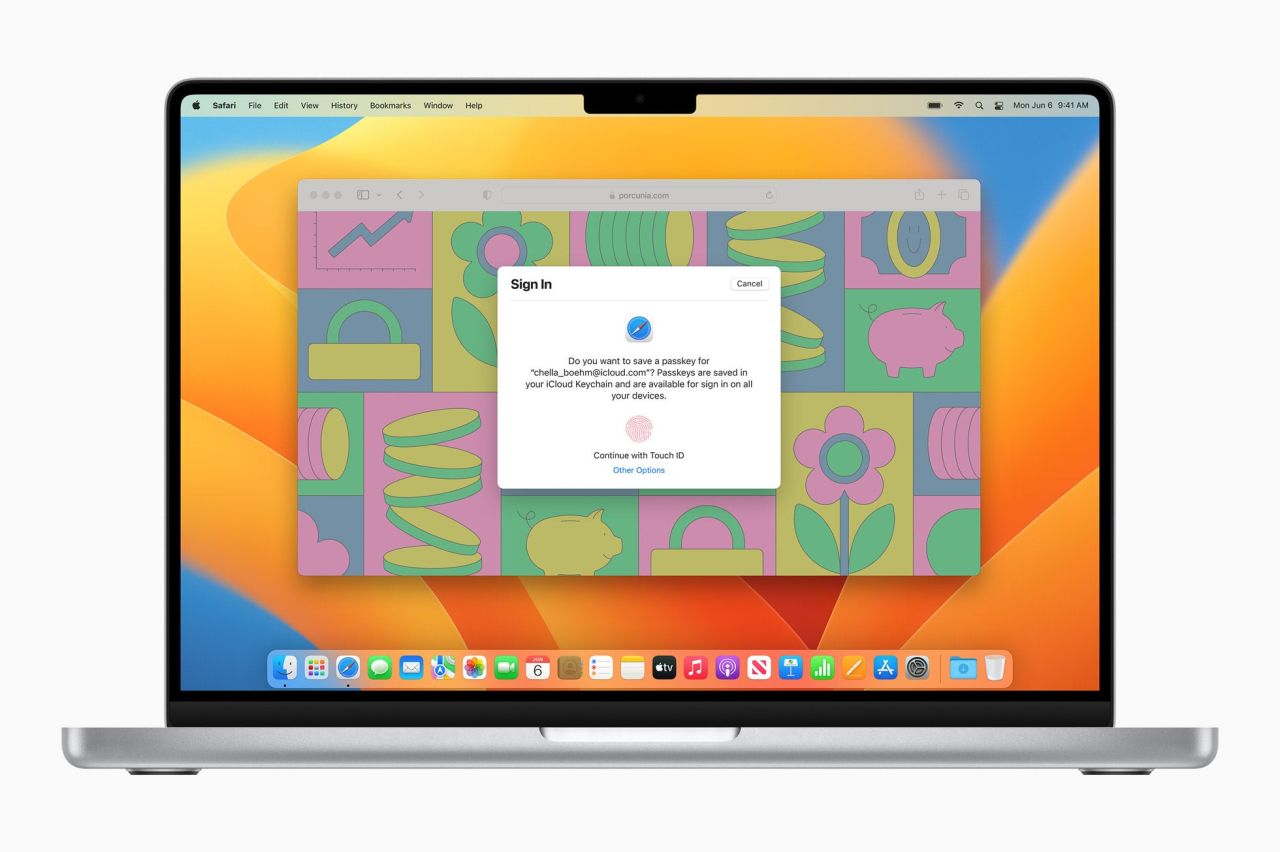 The three big players in the tech world — Apple, Google, and Microsoft — are committing to a password-less future. Instead of a password, you’ll have a passkey, which is a secure key linked and stored on device, and authenticated using Touch ID or Face ID. Apple is calling their version, simply, Passkeys. 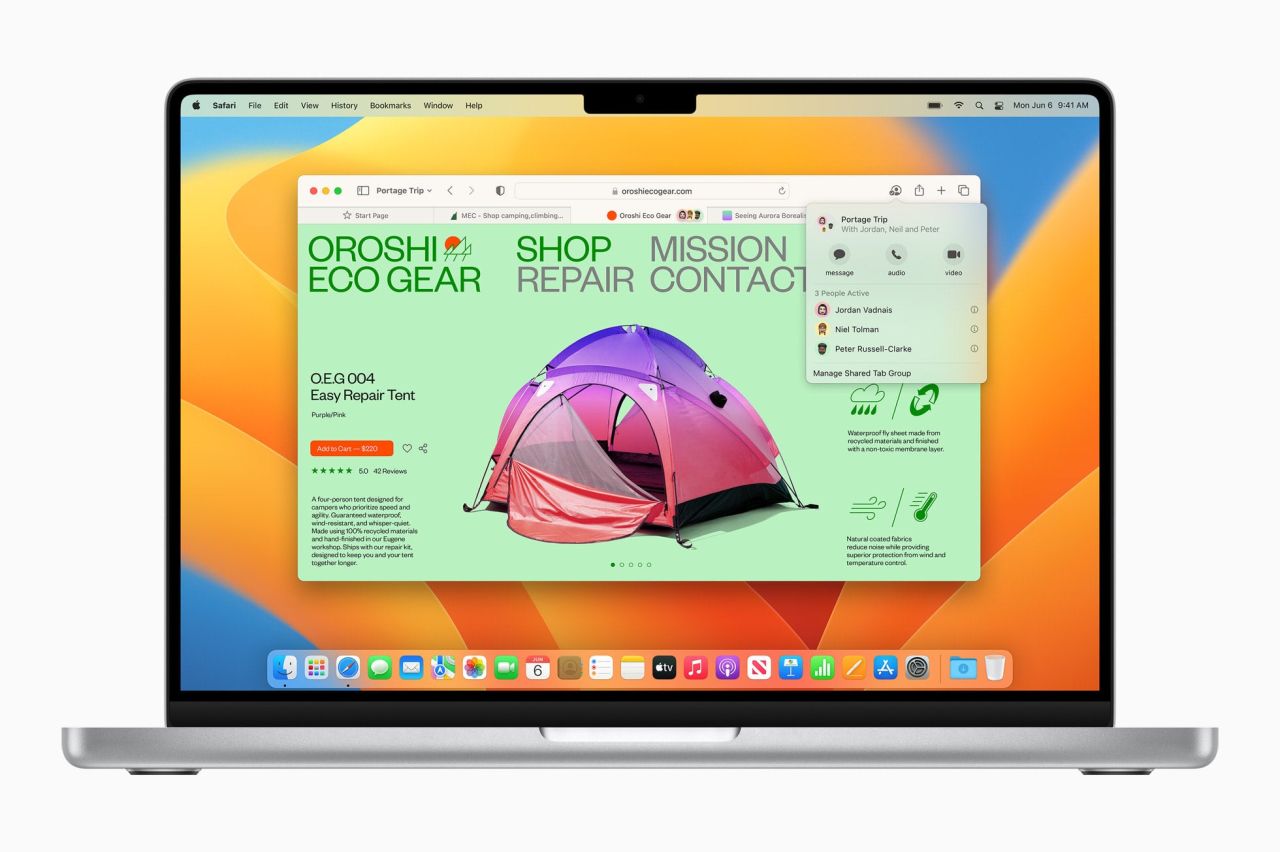 Collaboration is the key word for Ventura, and it comes to Safari as well. You’ll be able to share entire Tab Groups with people using Messages. Once someone joins a tab group, they’ll be able to add more tabs, and you can track their movements live.

The Mail app gets some much-needed usability updates 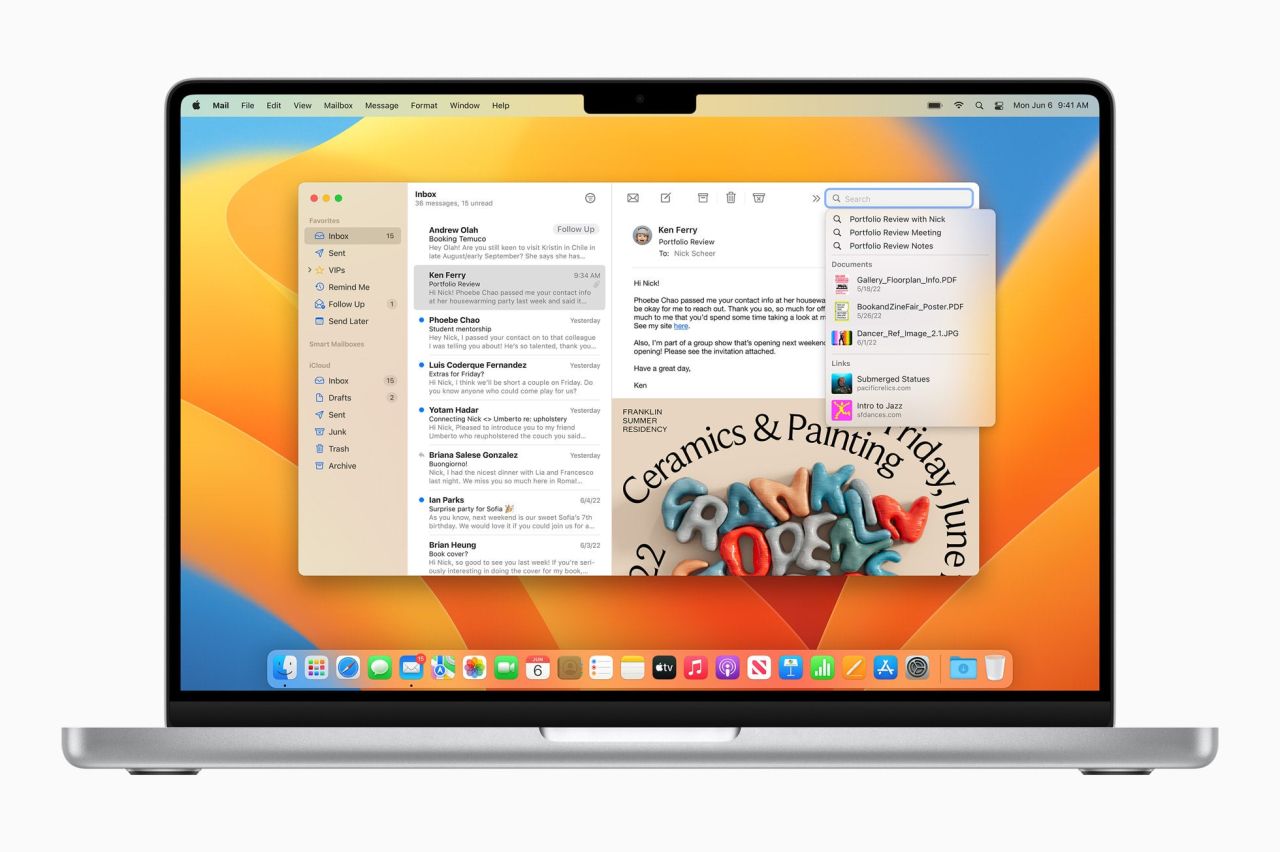 After years of abandonment, the Mail app on the Mac is finally getting the attention it needs. There are a slew of new features in the Mac app, starting with a new Undo Send feature that lets you quickly stop an email before it’s sent out. You can also schedule emails to be sent out later.

Apple has also improved the search feature. The recent searches are saved, and autocomplete results are more accurate.

Finally, a shared photo library for your family

This isn’t strictly a Mac feature, but it will be great to use on your Mac. The Photos app gets a separate iCloud Shared Photo Library that works with the Family Sharing feature.

Family members can choose to automatically add photos to the library, or they can manually move photos and videos. iCloud Shared Photo Library gives equal permissions to everyone, so you can easily organise and edit all your family vacation photos from your Mac.

Other fun changes from macOS Ventura

There are many smaller changes coming to macOS Ventura, such as:

Macs from 2017 are supported

macOS Ventura goes back as far as 2017, so even a six-year-old Intel MacBook will get the new features. Here’s the full list of supported devices.