The 7 Deadly Sins of Car Maintenance

Car mechanic message boards are loaded with stories of customers who screw up their cars in hilarious ways. Maybe they’ve been using the emergency doughnut spare for a year, taking their car to an unscrupulous mechanic who only pretended to change the oil, or driving around with no tire.

While it’s good to amuse your mechanic, it is not good to star in one of these stories, and almost all of them could have been avoided if the owners had avoided these seven deadly car maintenance sins and done just the minimum to keep their whip on the road. 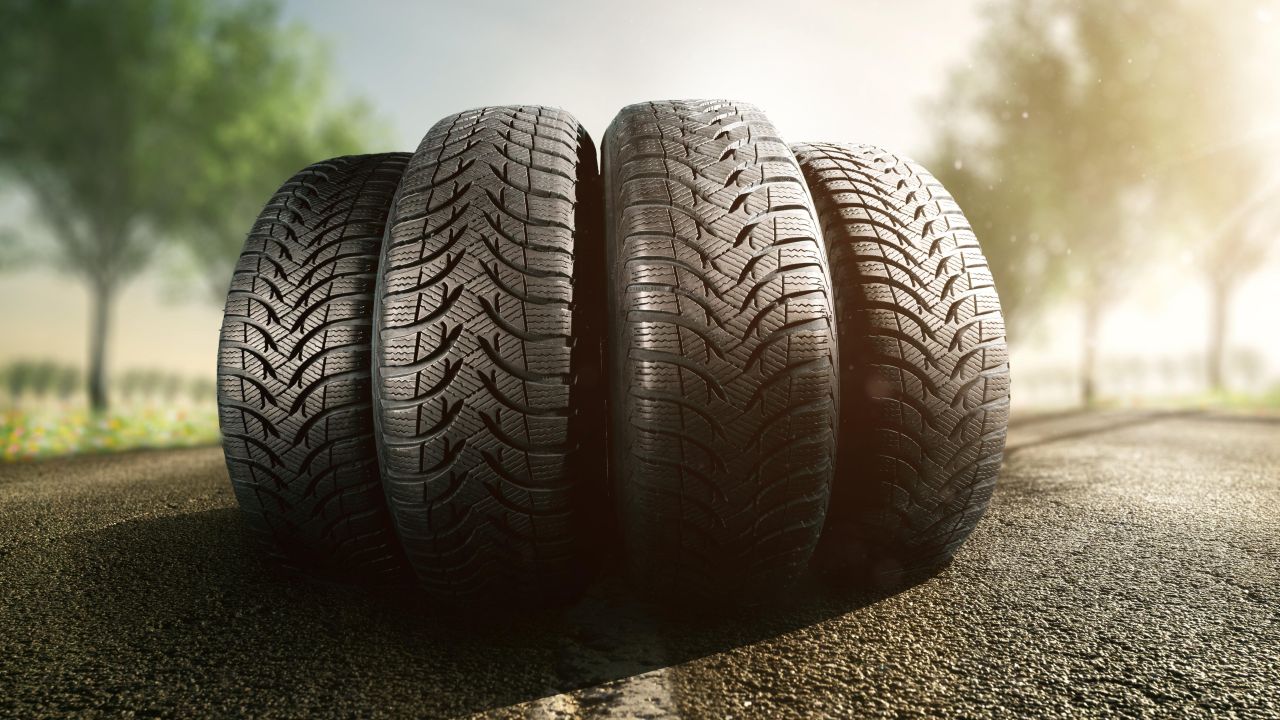 You don’t want to ignore your tires. Bald or damaged tires can lead to blowouts and potentially deadly accidents, so you should be positively paranoid about them. While your car’s computer will most likely let you know if your car’s tire inflation is not at an optimum level or if there’s another problem, the only way to be sure is to get down there and look with your human eyes.

Check the pressure yourself once a month or so and before you go on a long drive. While you’re there, give all four of your car’s shoes a once-over. Look for cracks and bulges, nails or other objects embedded in your tires, and check the tread with the old penny test. Make sure the wear is even (if it’s not, it could be an alignment problem). Rotate the tires as recommended by your car’s manufacturer, and, for love of god, replace your tires as soon as they need it. It’s not good to put this off.

Not maintaining your brakes 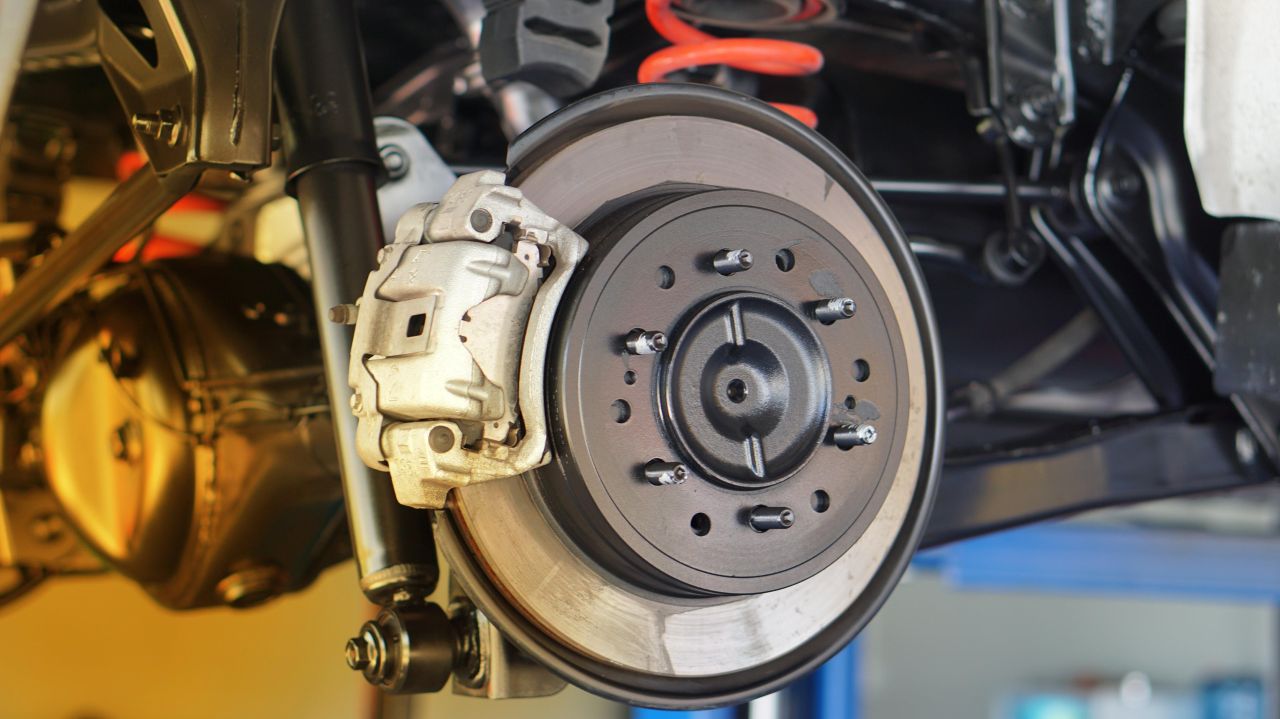 Like your tires, maintaining your brakes is vital to a car’s “not smashing into a tree” system. Your car’s computer will probably let you know if there’s a brake problem in a newer vehicle, but don’t get dependent on it. Have your brake pads checked once a year by a mechanic. Make sure you’re following manufacturer standards when it comes to brake fluid. Be aware of warning signs like different brake responses, and unusual brake noises. Replacing brake pads, callipers, and rotors yourself isn’t impossible, but you really have to know what you’re doing, so you should probably take it to a pro.

Ignoring strange noises, driving changes, and other signs and omens 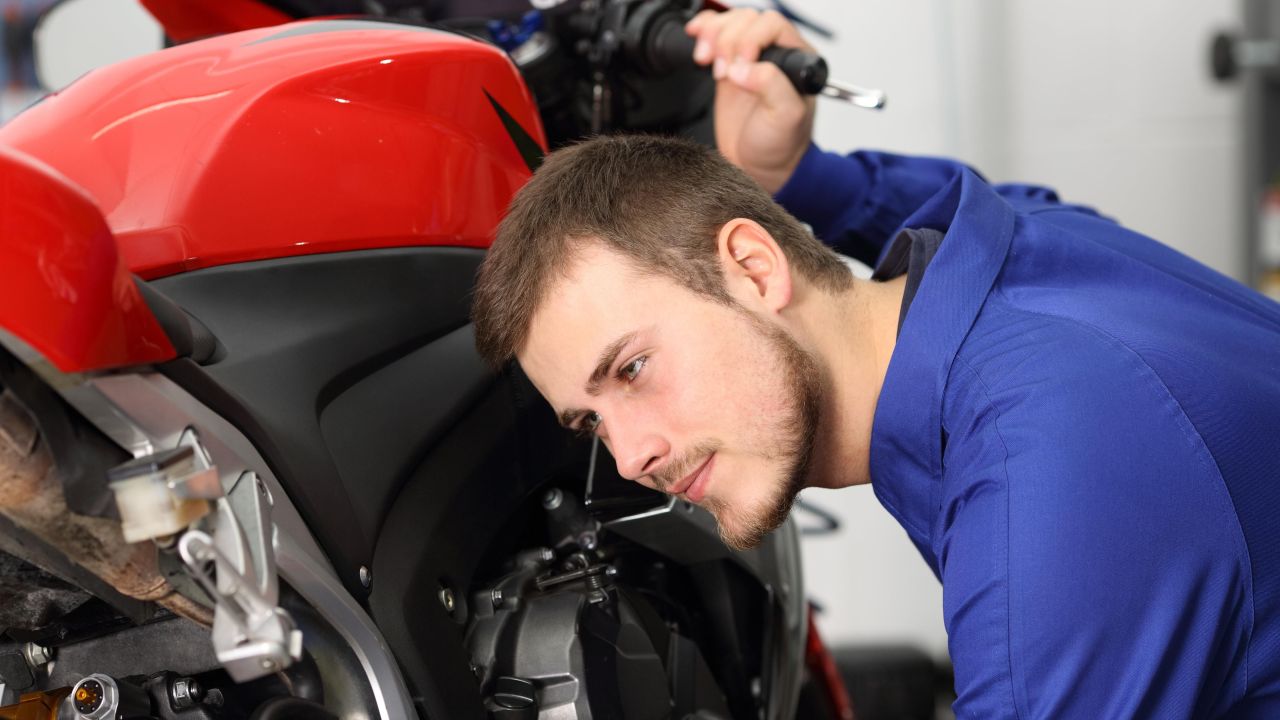 Your car’s computer monitors hundreds of issues and systems, but there could be problems that it doesn’t pick up. So you have to listen to your car. To smell its odours, feel it’s vibrations, and get in touch with its soul. Alright, maybe that’s a bit much, but if your car is making a new noise — rattling, squeaking, going “Ga-Gronk, Ga-Gronk” when you turn left — have a mechanic take a look. If something starts to smell weird, it might be the yogurt you spilled that time, but it might be a problem with your catalytic converter. Some problems can present as changes in how the car drives. A lack of acceleration, using more fuel than usual, vibrations, harsh-shifts, or lurching, could all indicate something is wrong. Don’t ignore these signs and omens.

Not changing your oil 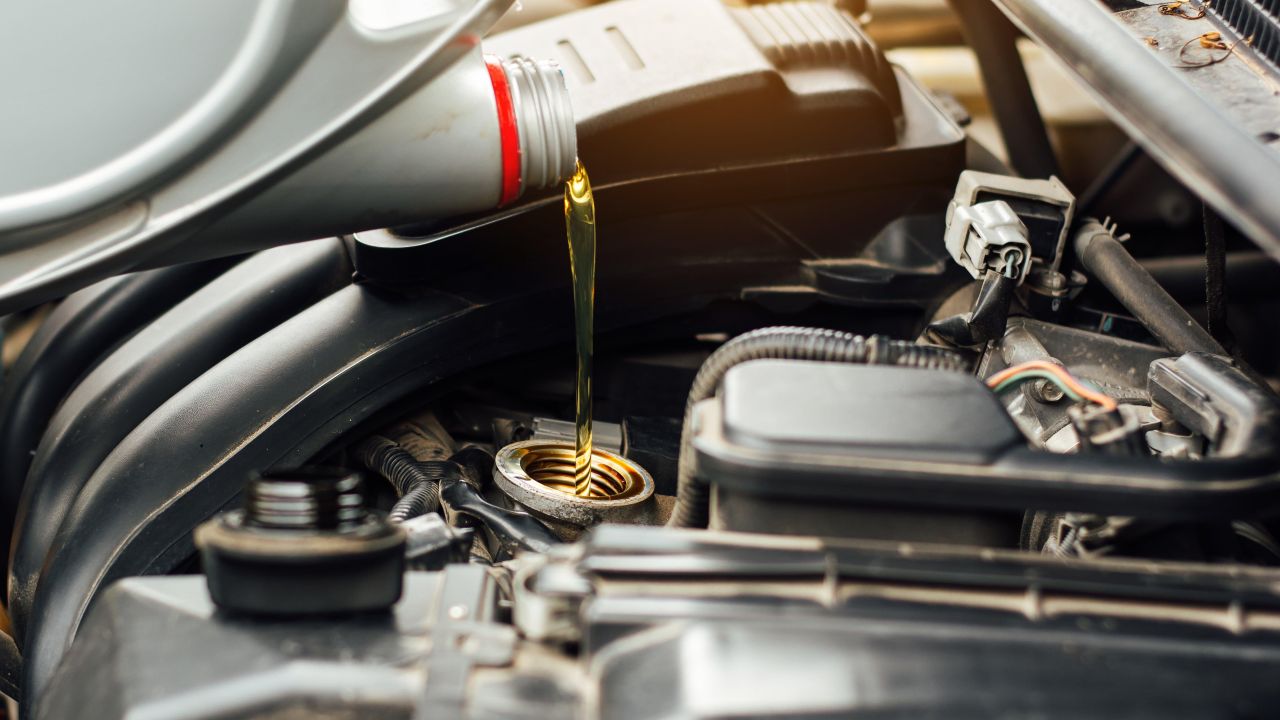 How often you should change your oil varies from car to car, and depends on who you ask and how you drive, but keeping current on your car’s oil schedule is very important. Take it in for a change or do it yourself, at the mileage or time recommended by your manufacturer. You should also check the oil level every month to make sure.

If you don’t change your oil, you are a bad person. Your oil gets dirty and thickens into a sludgy mess that no longer works efficiently. Not changing your oil on schedule could void your car’s warranty and lead to warped engine parts, a blown head gasket, and total vehicular breakdown. While you can change your own oil and save a little, there’s something be said for having other people do it, especially if you’re not a car person, as they’ll check for other problems, too. 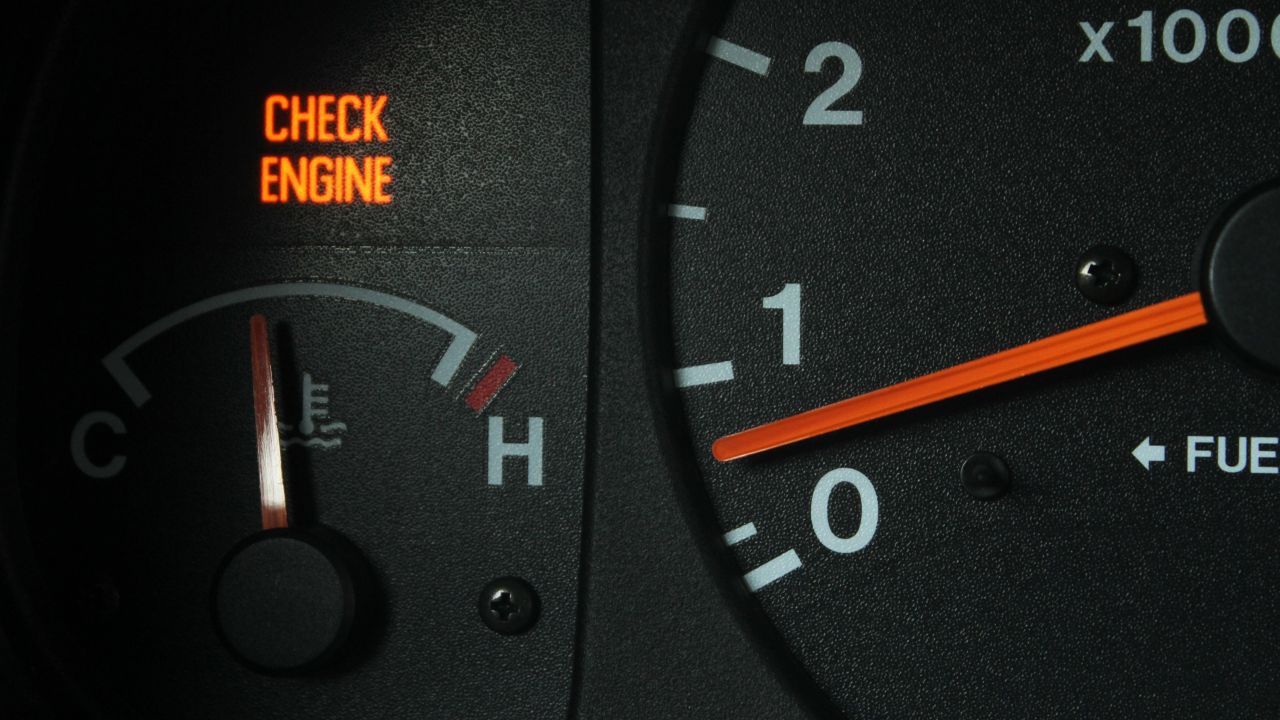 According to a survey from reviews.com, only about 36% of respondents said they get their car checked by a mechanic within a week of the car’s “check engine” light coming on, and 25% said they never respond to the check engine light at all. The reason most stated was that they just don’t want to know. This is no way to live your life.

Many problems that flip on your check engine light are minor — it could be a loose gas cap or something — but taking care of small problems now could prevent major problems later. If the light goes on, taking your car to get looked at is your best bet for most of us — most mechanics will diagnose the problem for free — but you could also get one of these inexpensive, easy to use code readers and diagnose the problem yourself.

Not keeping the fluids topped 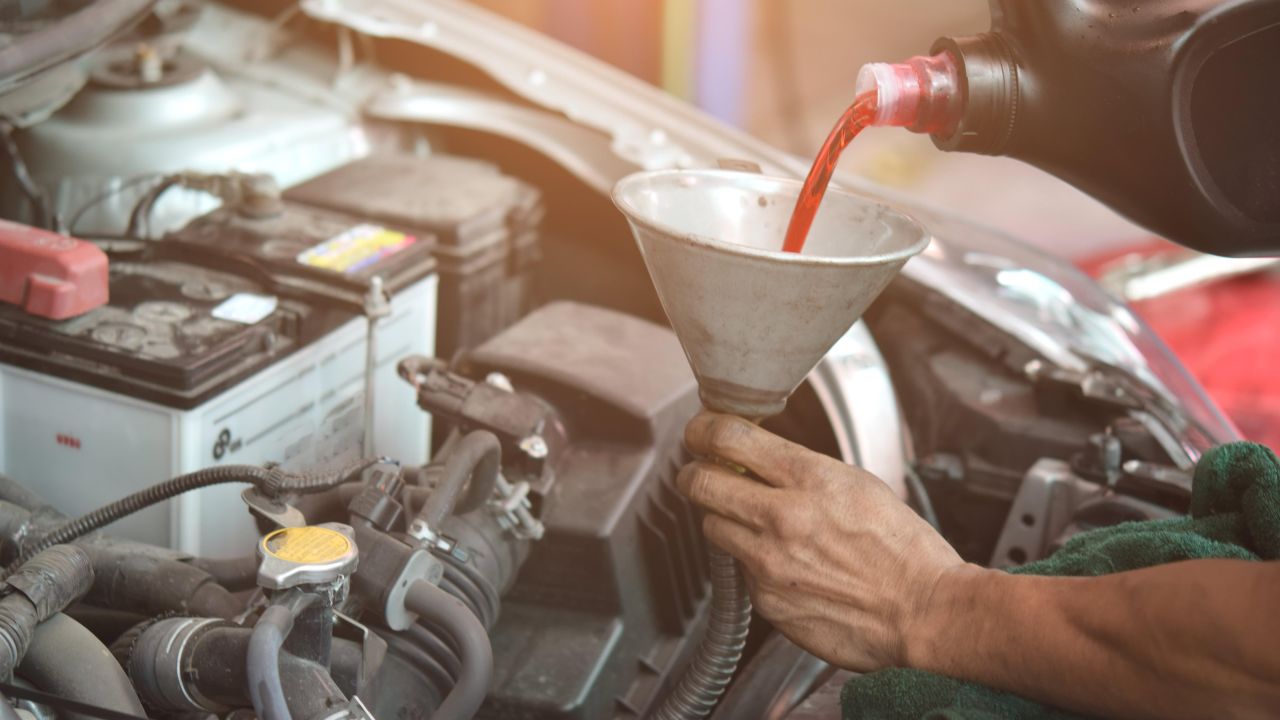 Just as the Ancient Greeks believed that keeping your body’s four humours level was essential to health, so it is with your car. Your car has six humours: Oil, coolant (antifreeze), power steering fluid, brake fluid, transmission fluid (in automatic cars), and windshield washer fluid. Check all of these regularly to make sure they’re at the levels recommended by your manufacturer. Your car’s computer will likely warn you if any fluid is getting low, but there’s nothing that says you can’t inspect ‘em yourself, too. Replacing fluids is easy and cheap — just make sure you’re getting the kind your car’s manufacturer recommends, and follow their instructions.

Not researching your mechanic There’s no excuse for not vetting your car’s mechanic. Whether you take recommendations from friends and family, or research them online, a mechanic’s pricing, effectiveness, and skill can be judged easily. Pay attention to the comments on Yelp! Or Google. Don’t be nervous about interviewing your mechanic to get a feel for them as a person. If you can, bring your car in for a minor fix before anything major goes wrong. Be wary of mechanics who don’t explain what they’re doing and why or if the final bill isn’t close to the repair estimate. If a mechanic recommends repairs you don’t think you need, get a second opinion.