Final Fantasy is one of the most-influential video game franchises of all time, and while every game in the series has its fans, Final Fantasy VII is by far the most popular — even 25 years after its initial release on PlayStation 1. The story of Cloud, Aerith, Tifa, and their companions on a quest to save their planet from the evil energy company Shrina and the superhuman warrior Sephiroth introduced a new generation to Japanese RPGs — and its environmentalist message is more relevant than ever.

However, in 2020, Square Enix answered fans’ calls for a modernised take on the original game with the Final Fantasy VII Remake series. Yes, series — there are currently multiple on-going remakes of Final Fantasy VII in various stages of development. Even the spin-off games and movie are getting remakes now, and new side-games are on the way, too.

There’s a lot of Final Fantasy VII coming our way over the next few years, and while that’s exciting for existing fans like me, it’s probably overwhelming for curious new players and lapsed fans looking to relive one of their favourite games. So, let’s look at the numerous new and upcoming Final Fantasy VII projects out there to help you figure out where to start, and which are worth playing. 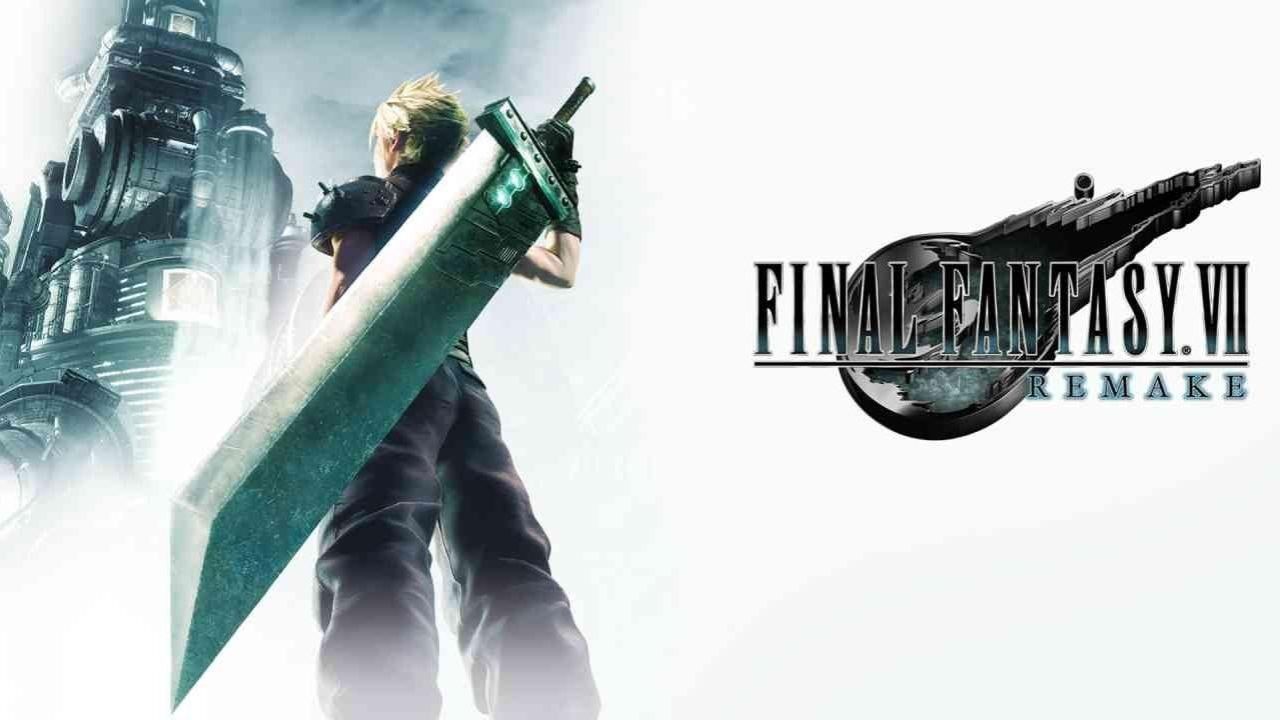 Even though Final Fantasy VII Remake was released back in 2020, it’s worth including in this round-up as a starting point. This massive remake of the original Final Fantasy VII sports all new graphics suited for modern gaming consoles and PCs, an overhauled battle system, new gameplay mechanics, and a much more fleshed-out story. To accommodate the grander scope, this game is the first part of a planned trilogy, with part one taking place entirely in the city of Midgar.

Final Fantasy VII Remake is available on PS4, PS5, and PC via Steam and the Epic Games Store. There is also a bonus DLC chapter dubbed “Intermission” available for the PS5 and PC versions where you play as the spunky ninja Yuffie, and includes more hints towards where the next games in the Remake series will go.

Final Fantasy VII Rebirth is the second chapter of the Remake series expected to launch on PS5 sometime “next winter.” That could mean any time between Dec. 2023 and March 2024 — and we’re betting it will be closer to early 2024.

As for what the game will be: The new battle system from Remake will likely return, and we expect the gameplay and structure will be similar as well, hopefully more open environments to explore and new characters joining the party. While the reveal trailer gave a glimpse into some of the places and potential story beats Rebirth will cover, based on the events of Final Fantasy VII Remake and the Intermission DLC chapter, we expect Rebirth to deviate quite a bit from the source material. While no details were provided, Square Enix did confirm during a livestream celebrating Final Fantasy VII’s 25th anniversary that the Final Fantasy VII Remake series would be a trilogy. Considering we have at least another year and a half left until we see Rebirth, Part 3 is likely several years away. But according to Remake series Director Testua Nomura, development on Part 3 has already started — so hopefully it’s not that long of a wait.

In the meantime, we can only speculate on Part 3’s subtitle. Given the nature of the FFVII Remake trilogy and how its handling the storyline, I’m betting on “Reimagined.” Otherwise, we have no idea what events or characters from Final Fantasy VII’s now-sprawling universe will make an appearance, though it’s likely the game will launch on PS5.

Crisis Core: Reunion is a remake of the PlayStation Portable-exclusive action RPG, Crisis Core. Like the original, it’s a prequel set just before the events of Final Fantasy VII focusing on Zack Fair — an extremely important character in Final fantasy VII’s world despite not getting much screen time in the original game.

Crisis Core: Reunion will have enhanced graphics, new voice acting, and redesigned environments to explore. So far, the remake appears to be a faithful retelling of the original Crisis Core, though it’s always possible this new version will alter things to make it fit better with the new Remake canon. Either way, this will be worth playing if you’re a fan of the original Final Fantasy VII or the new Remake trilogy; the characters and events of Crisis Core not only flesh out FFVII’s story in general, they also appear to play a pivotal role in the upcoming Final Fantasy VII Rebirth.

Crisis Core: Reunion is set to release “this winter” on Nintendo Switch, PC, PS4, PS5, Xbox One, and Xbox Series X/S, which could be any date between December 2022 and March 2023.

Ever Crisis will launch on iOS and Android in 2022. An open beta test is planned for the coming months, with a full release expected soon after. While some console players may be disappointed by Ever Crisis’s mobile-only availability, keep in mind many mobile games are playable on TV with a controller using devices like Apple TV, Chromecast, the Nvidia Shield, and more. 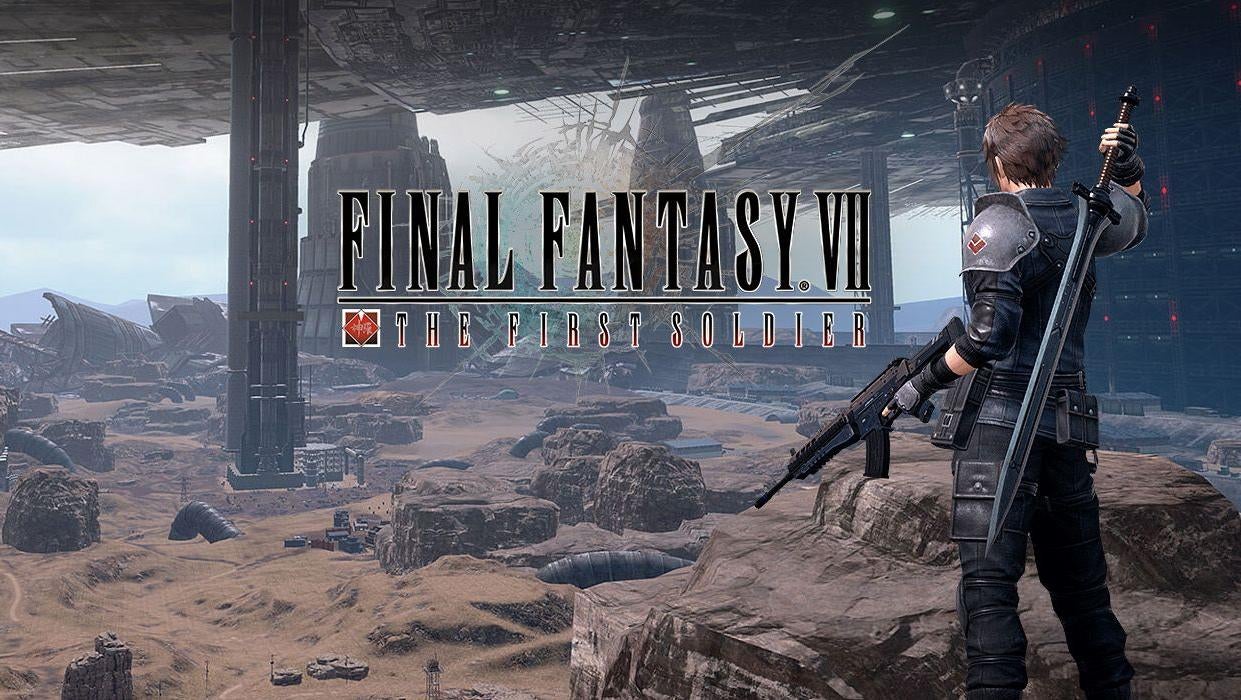 The First Soldier is a free-to-play multiplayer battle royale shooter on iOS/Android set in the Final Fantasy VII universe. It melds competitive third-person shooting gameplay with the magic, swords, and fantastical beasts iconic to Final Fantasy. The game is set 30 years before the events of Final Fantasy VII, and each player is a candidate vying for recruitment into Shinra’s infamous SOLDIER program.

While there is a story here, it’s not the main focus. Like other popular free-to-play battle royale shooters such as Fortnite, The First Soldier’s main hook is unlocking (or buying) skins and other cosmetic items to customise your character. Luckily, The First Soldier’s storyline will appear in the upcoming Final Fantasy VII: Ever Crisis, so you can safely skip this one if you’re not into battle royale shooters. That said, this game is out now on Android and iOS, so give it a shot if the concept piques your interest.

OK, but what if I just want to play the original Final Fantasy VII today? 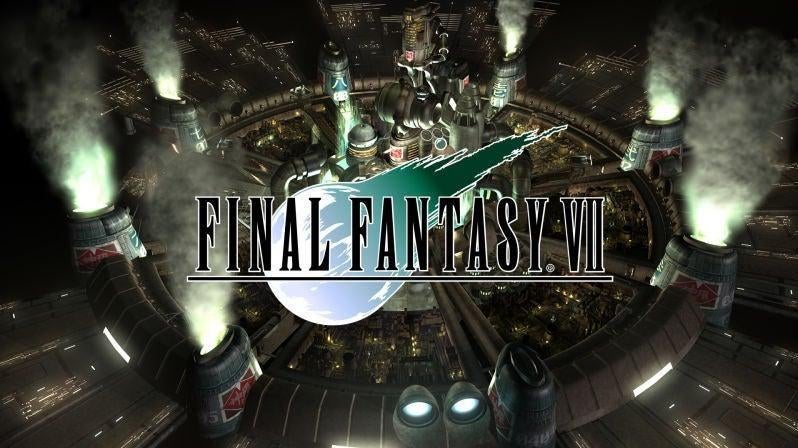 Final Fantasy VII Remake might be the newest and flashiest, but it’s less of a “remake” and more of a “reimagining” (or even a “sequel”) as I mentioned earlier, and Final Fantasy VII Rebirth looks to be an even bigger departure from the original. And who knows what Part 3 will be like.

The other remake, Ever Crisis, might eventually be the ideal way to experience the majority of the Compilation of Final Fantasy VII’s storyline, but that game isn’t out yet and its story will be released in chapters over the coming months and years, so that remains to be seen.

The point is, Final Fantasy VII Remake, Rebirth, and the various spin-off games like Crisis Core: Reunion simply won’t hit as well (or won’t make sense) if you lack the context of the original Final Fantasy VII’s story.

However, there is also an “HD” version available on PS4, PS5, Nintendo Switch, Xbox One, Xbox Series X/S, PC (via Steam), Android, and iOS. The HD version is virtually the exact same as the PS1 game, just with upscaled graphics that look better on modern TVs, and some optional “cheats” like giving yourself max money, turning off random battles, and making your party invincible. It’s by far the best way to experience Final Fantasy VII for the first time today, and a great way to revisit the ‘90s classic on modern devices.