About a month after several varieties Skippy peanut butter was recalled over concerns that the “chunks” in some of the company’s products were actually metal fragments, Mars Wrigley is now in a similar situation.

In this case, the confectionary has issued a voluntary recall of 13 of its products — including some from iconic brands like Skittles, Starburst, and Life Savers — because they may contain thin pieces of metal, according to a press release from the company, which has since been shared by the U.S. Food and Drug Administration (FDA). Here’s what to know.

Why are Skittles gummies being recalled?

Since 1994, Skittles has encouraged consumers to “taste the rainbow.” And while it’s unclear what, exactly, the rainbow tastes like, we’re pretty confident it’s not metal. So when customers began contacting Mars Wrigley saying that the gummy versions of Skittles, Starburst, and Life Savers contained a “very thin metal strand” either embedded in the candy or loose in the bag, the company issued a voluntary recall for 13 products from these three brands.

According to the press release from Mars Wrigley, as of Friday, May 13, the company was not aware of any illnesses or injuries resulting from people eating the recalled candy — which was manufactured by a third party, and distributed in the United States, Canada, and Mexico. Additionally, the company says it “will work with retailers to remove recalled products from store shelves.”

Which products are part of the recall?

In the United States, the recalled items include the Skittles Gummies, Starburst Gummies, and Life Savers Gummies in the tables below. If you’ve purchased any of these products, look for a 10-digit manufacturing code on the back of the package. The first three numbers in this code will indicate whether product is part of the recall: 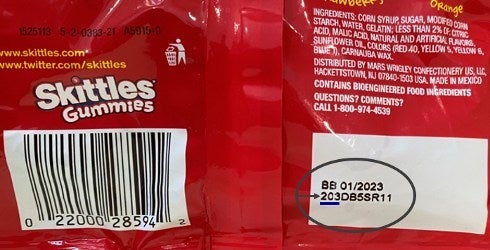 Here is the full list of recalled products, courtesy of Mars Wrigley: 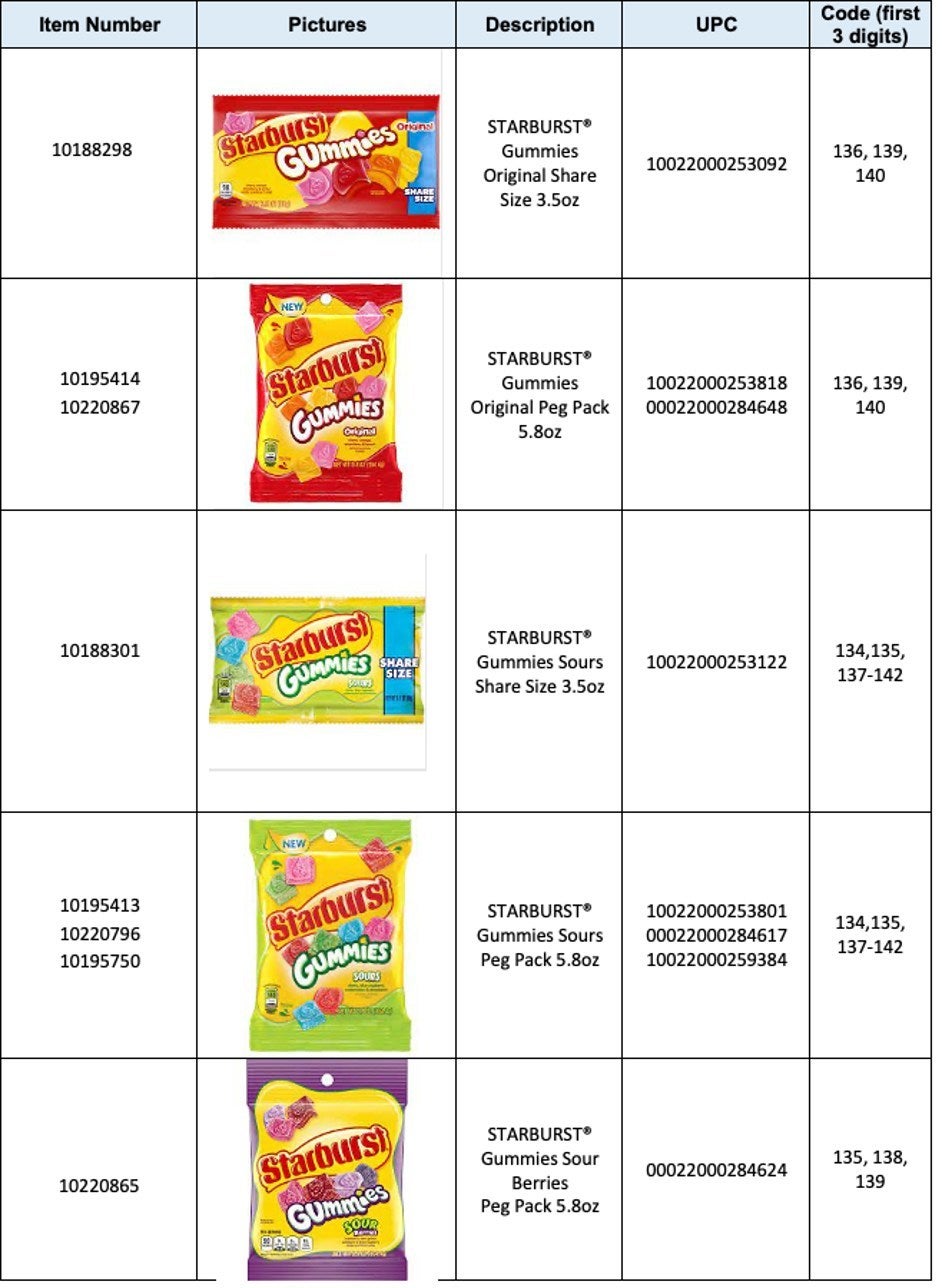 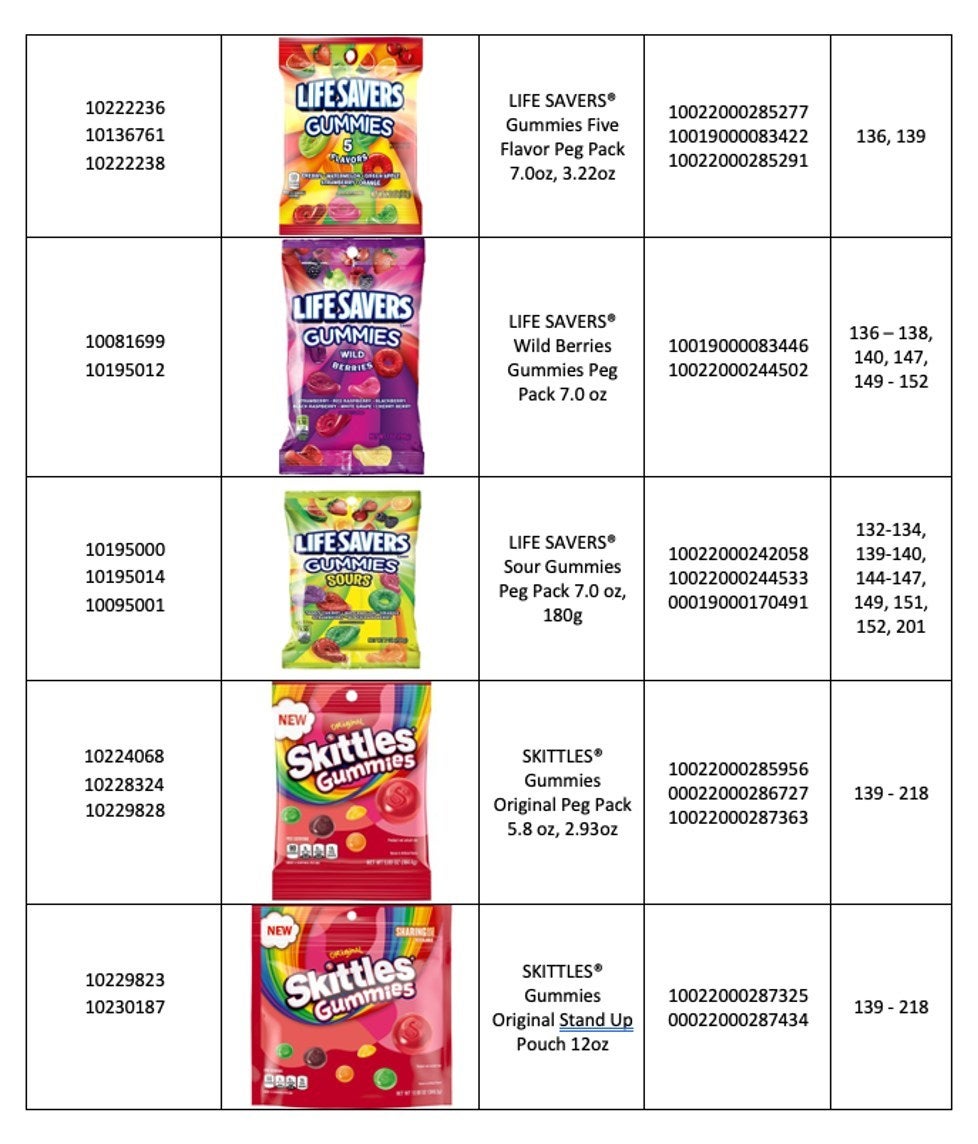 What to do if you’ve purchased the recalled candy

If you’ve purchased any of the recalled gummies, don’t eat them. Mars Wrigley advises throwing them out, but before you do, snap a photo of the front and back of the package in case you’re asked for proof of your purchase when attempting to get a refund or replacement.

Speaking of which, the company hasn’t yet provided specific instructions or information on obtaining a refund for their recalled items, but says consumers with questions can contact the company by calling 1-800-651-2564 or by visiting the “Contact Us” page of their website.