10 Myths You Should Stop Believing About Your Pet

Pets rely on us to take care of them, and so it’s important to understand your pet’s needs. But some of the things we think we know about our pets just aren’t true. Read on for 10 myths about dogs, cats, fish, bunnies, and more — and learn the truth. 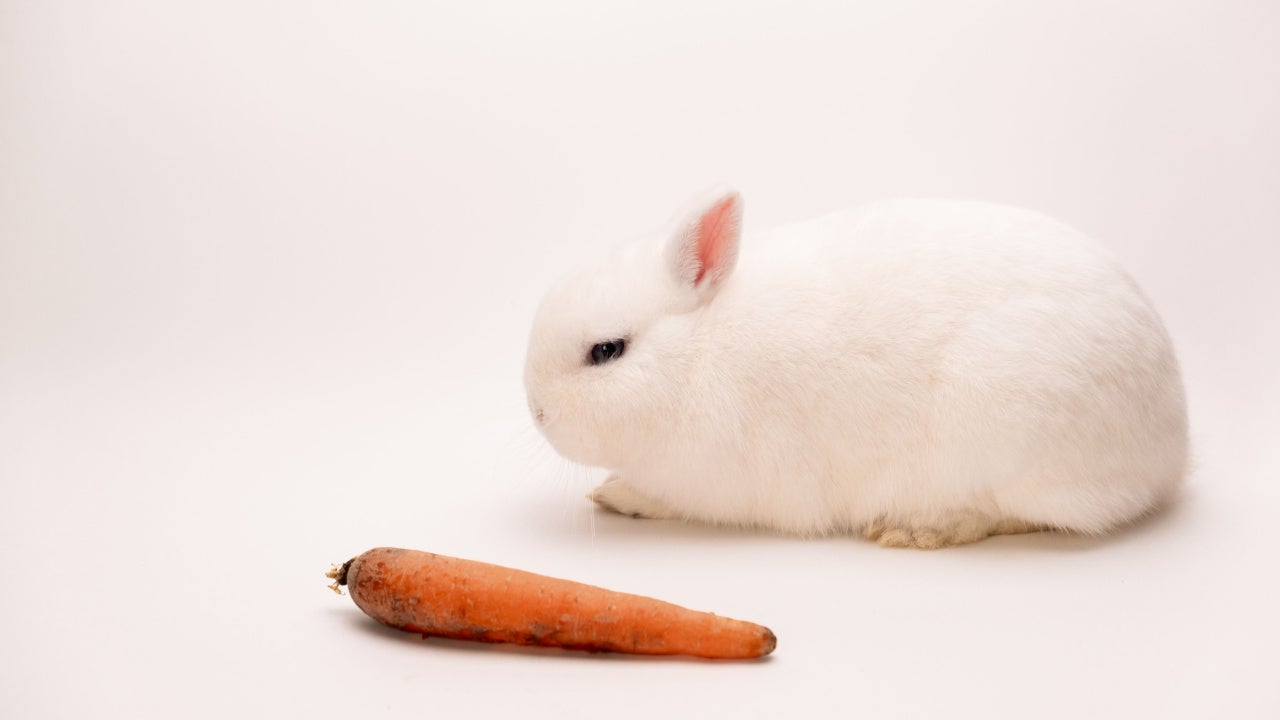 Picture a rabbit eating, and probably in your mind it’s eating a carrot. But that’s not an accurate picture of rabbit nutrition: it’s an image that’s burned into your brain thanks to Bugs Bunny. Bugs’ creators were inspired by a scene from It Happened One Night in which Clark Gable’s character stuffs his mouth with carrots while acting like a nonchalant know-it-all. Another inspiration for Bugs’ character was Groucho Marx, who sometimes carried a cigar — Bugs had his carrot for a prop.

What do real-life rabbits think of carrots? They do often enjoy them, because carrots are a lot sweeter than the other foods they normally eat. Rabbits eat hay, grass, and leafy greens; they don’t dig up carrots or other root vegetables. Veterinarians recommend that, if you do give your bunny carrots, you only think of them as a treat and not a staple food. 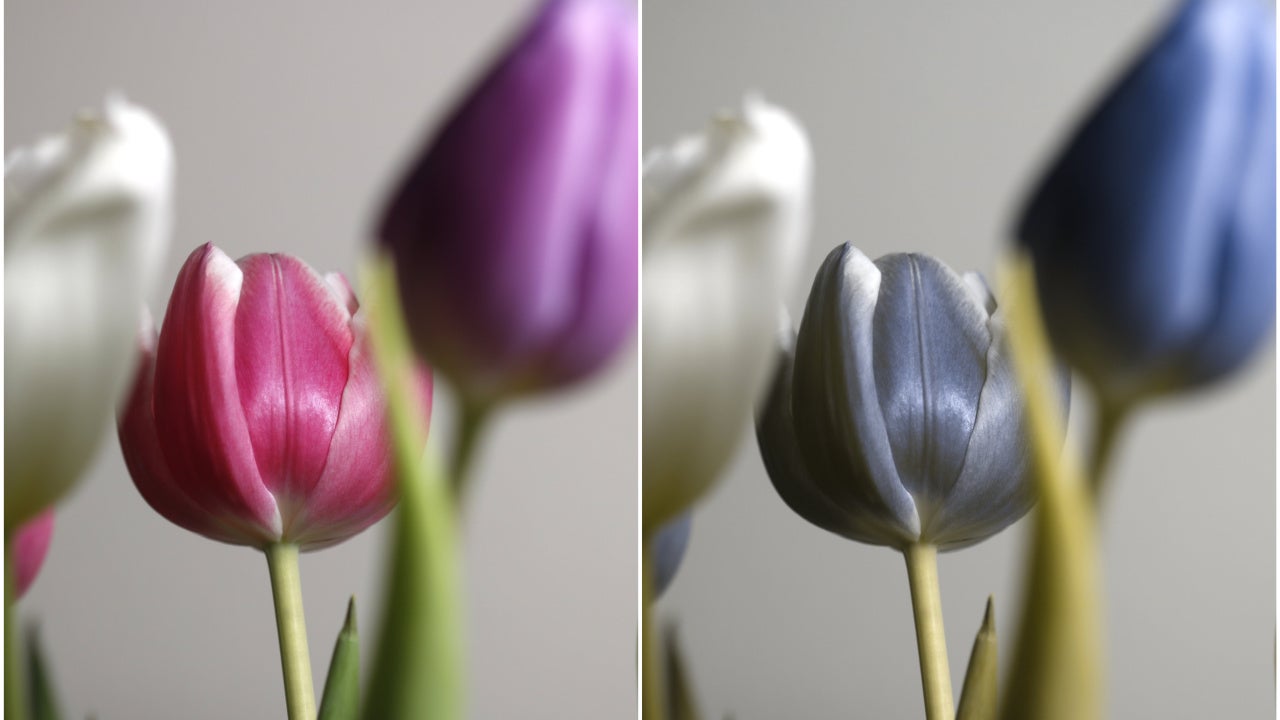 It’s true that dogs don’t have the same kind of colour vision as we do, but that doesn’t mean they see in black and white. We humans have three types of cone cells in our eyes and they can detect red, green, and blue. Most other mammals, including dogs, only have two types: blue, and a colour that is somewhere in between red and green.

If you have a friend who is “colour blind” and has trouble telling red from green, that’s similar to what your dog sees. It would be more correct to say dogs are “green-blind.” They can still see most colours just fine, and they see blue the same way we do.

One sad fact about pet-keeping is that we’re often so enamoured of our animal friends that we only think about how they fit into our lives, and forget what they actually need from us. Fish need room to swim, and they need an environment with places to hide and play. Bare fishbowls provide none of these things.

Goldfish are often small when you buy them, but that’s because they’re babies. An adult goldfish needs a minimum of 76 l, and that’s per fish. Goldfish that live in bowls are often sick and usually don’t live more than a few years. They also do not “grow to the size of their tank.” Sick and malnourished fish can have their growth stunted, but that’s not a good thing.

Myth: There are fish you don’t need to feed 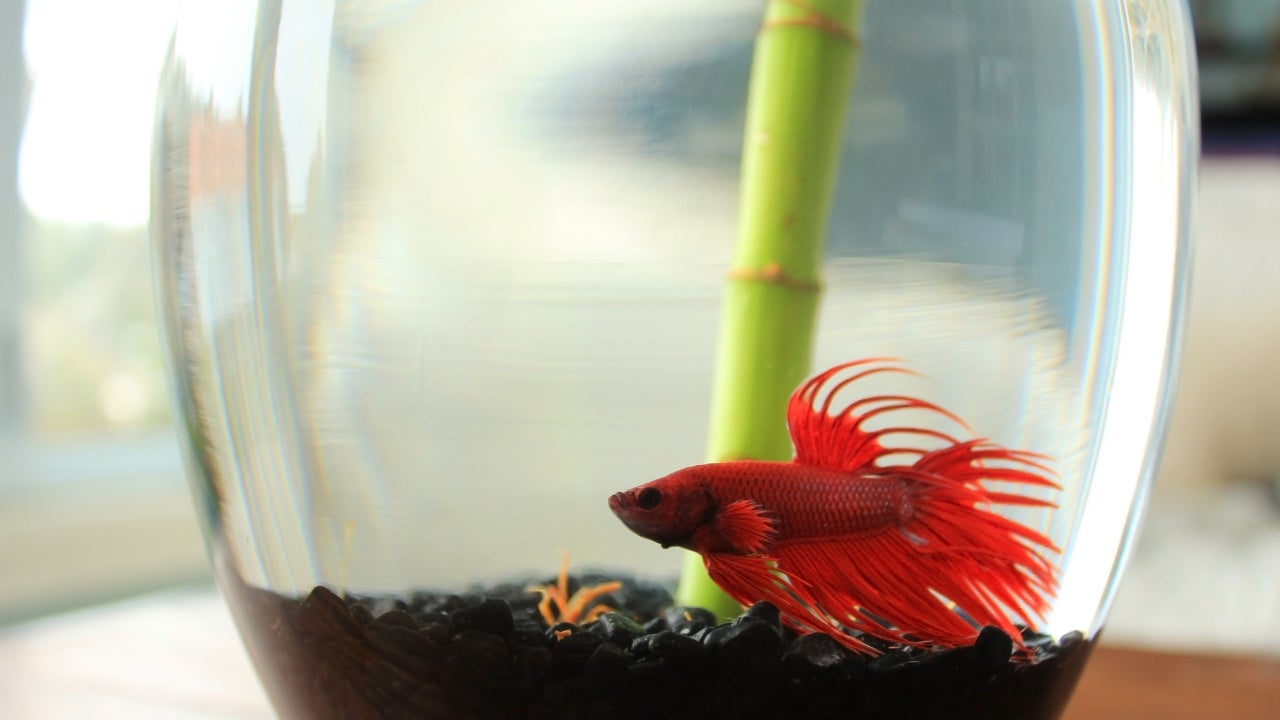 If goldfish don’t belong in bowls, certainly something does, right? Bettas have often been kept in small containers, and it’s true that they probably aren’t as miserable as a goldfish in that environment.

But even bettas need space and hiding places — and nourishment. Companies have often tried to market small bowls, vases, and itty-bitty tanks as if they’re appropriate for small fish like bettas. But any small fish bowl will quickly become full of fish waste and uneaten food, which makes the tank dirty and also unhealthy for the fish, so some of these sellers will claim that you don’t need to feed the fish, or that you only need to feed it a very small amount.

For a while, there was a trend of keeping a betta in a vase with a plant like a peace lily. Supposedly the fish will nibble on the plant roots, and the fish’s excrement will nourish the plant. This is, and always was, bullshit. Bettas are carnivores and eat bugs. Nibbling at plant roots is the equivalent of a person trying to eat the leather of their shoes in a famine. If you love your betta, miniature aquatic shrimps, or any other small aquatic pet, do it a favour and set up a five-gallon tank.

Myth: Milk is good for cats 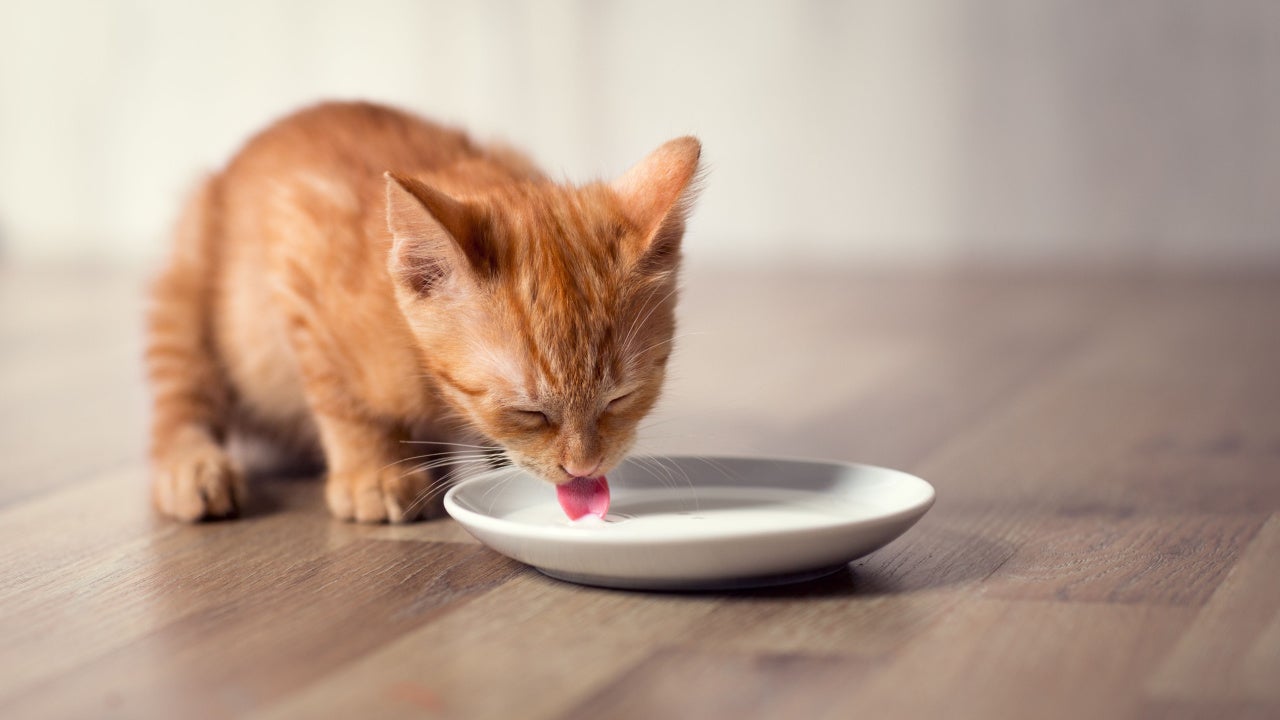 Kittens drink milk from their mothers, as baby mammals do, and when they are young they may enjoy an occasional dish of milk. But adult cats are usually lactose-intolerant. They may like the taste of milk, but then get diarrhoea afterward. It’s best not to include milk in your adult cat’s regular diet.

Myth: You can rescue a baby bird and keep it as a pet 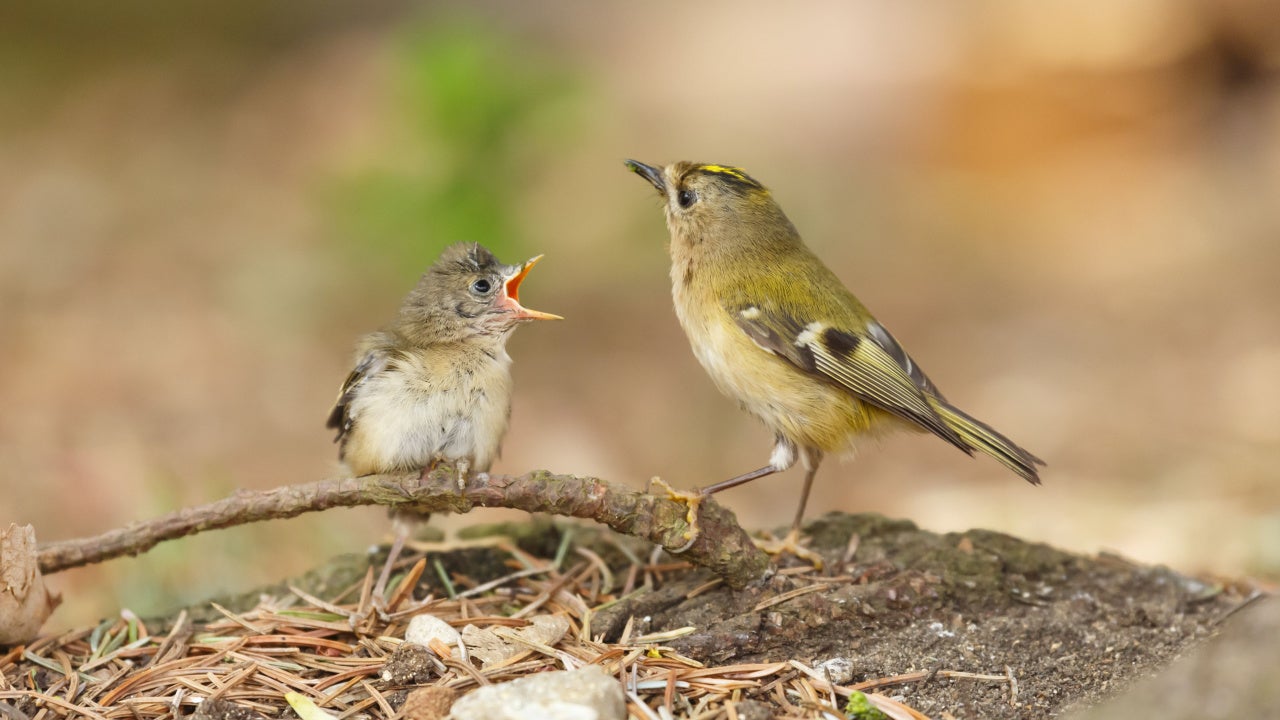 Birds usually take good care of their babies, so sometimes we panic when we see a bird who clearly isn’t an adult and who can’t fend for themselves.

But baby birds are not free for the taking. Usually when you see a lonely young bird outside, it is a fledgling, the bird equivalent of a teenager. Fledglings are loud and stupid and not very good at taking care of themselves, but so were all of us at some point. The parents are around, if out of sight, and the fledgling has a much better chance of survival out there in the wild than with you or me or even a wildlife rehabber (unless you know for sure that the parents have been killed or the bird is gravely injured).

Even if you find an actual baby bird, it’s not a free pet either. Babies who fall out of the nest can be put back. Their parents do not care if they have been touched by a human; they’re just happy to have their little one in the nest again. If a nest falls out of a tree (for example, in a storm), you can make a little nest out of household items and put the babies in it to await the return of their parents.

Myth: Dogs know what they did wrong 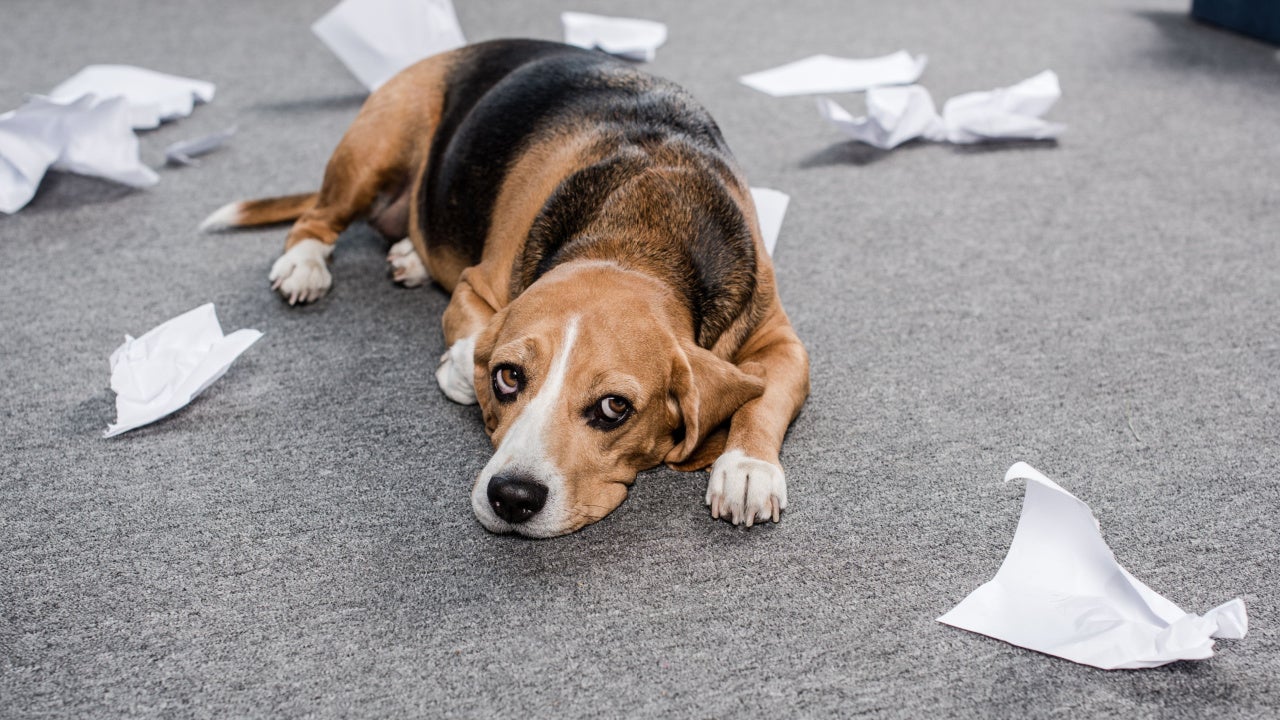 There’s a look that dogs sometimes give us after they chew the carpet or poop on our favourite…well, anything. This look may seem similar to how a person would look if they feel guilty, but dogs don’t understand guilt the way we do, nor can they philosophize about right and wrong.

They do know when you’re angry, though. They use body language to send signals of “shit shit shit” and “please don’t hurt me.” These are often called appeasement behaviours and they’re just a recognition of the fact that they’re in trouble, not that they have any understanding of why they’re in trouble.

Myth: You can bathe any pet

We take a bath or shower when we get dirty, so naturally we assume the same of our pets. And it’s true that dogs and cats can be bathed; dogs might even like it.

But this isn’t true of all pets. For small animals with soft fluffy fur, like rabbits and hamsters, bathing can actually be dangerous. Their fur clumps together and can take so long to dry that they risk hypothermia. If your small pet has fur that is matted or that is dirty from diarrhoea or other health issues, it’s safer to trim the fur off than to try to wash it.

Otherwise, trust your pet to groom themselves, and provide sand if they’re a species that will give themselves sand baths (as hamsters will). You can also give a bunny a dry bath with corn starch.

There was never any scientific basis to the idea of “dog years.” While the mental maths may occasionally work out — a dog who dies at age 11 may have seemed like a 77-year-0ld human — the pattern doesn’t really hold.

Different sizes and breeds of dogs age differently. Big dogs often die young, while some smaller breeds are still spry in their mid-teens. In truth, dogs tend to mature to something like adulthood in their first year or two of life, making a 2-year-old dog about as mature as a college student. After that, the rate of ageing varies, with smaller dogs tending to live longer.

Many parrots can talk, but not all of them choose to do it. Just like you may sometimes meow at your pet cat, parrots mimic our speech because they think we make cool noises, but plenty of parrots don’t really care about our words and songs and would rather come up with their own things to say and mimic.

Another myth is that large parrots are the only birds that talk, but smaller members of the parrot family sometimes talk, too — including parakeets and cockatiels. (Again, some individuals may choose to talk, while others don’t.) The mynah bird, an Asian relative of the starling, is another famous talker. Crows and ravens have been known to learn to talk as well.