What’s That White Stuff on My Cheese?

One of my hobbies is lurking in a Facebook group called something along the “Trader Joe’s Meal Ideas for Busy Mums.” As in any Facebook group, this one has a fair amount of drama, and several recurring themes: “Look at this bug I found in this bag of produce,” “Look at my charcuterie board,” and “Is this mould?” are a few of my favourite Facebook post genres that appear on a daily basis.

That last one — “It this mould?” — is fun because it is almost never mould. Solidified, chilled oil; discoloration; and cheese flavour crystals are common suspects. (Most recently, someone found a white blob in a jar that appeared to be a mouse, but we are still awaiting confirmation from the op.)

Anyway. Questionable blobs aside, it is hard to see anyone malign cheese flavour crystals, but few of us have the chance to take Cheese Science 101 in college, so it’s unsurprising that most of us are unable to identify calcium lactate and/or tyrosine crystals on sight.

What are those “cheese crystals,” exactly?

There are two main types of flavour crystals you can encounter on cheese: Calcium lactate and tyrosine. Neither have a flavour of their own, but their presence indicates the cheese has gone through some tasty changes during the ageing process, resulting in more flavorful piece of cheese.

What is calcium lactate? 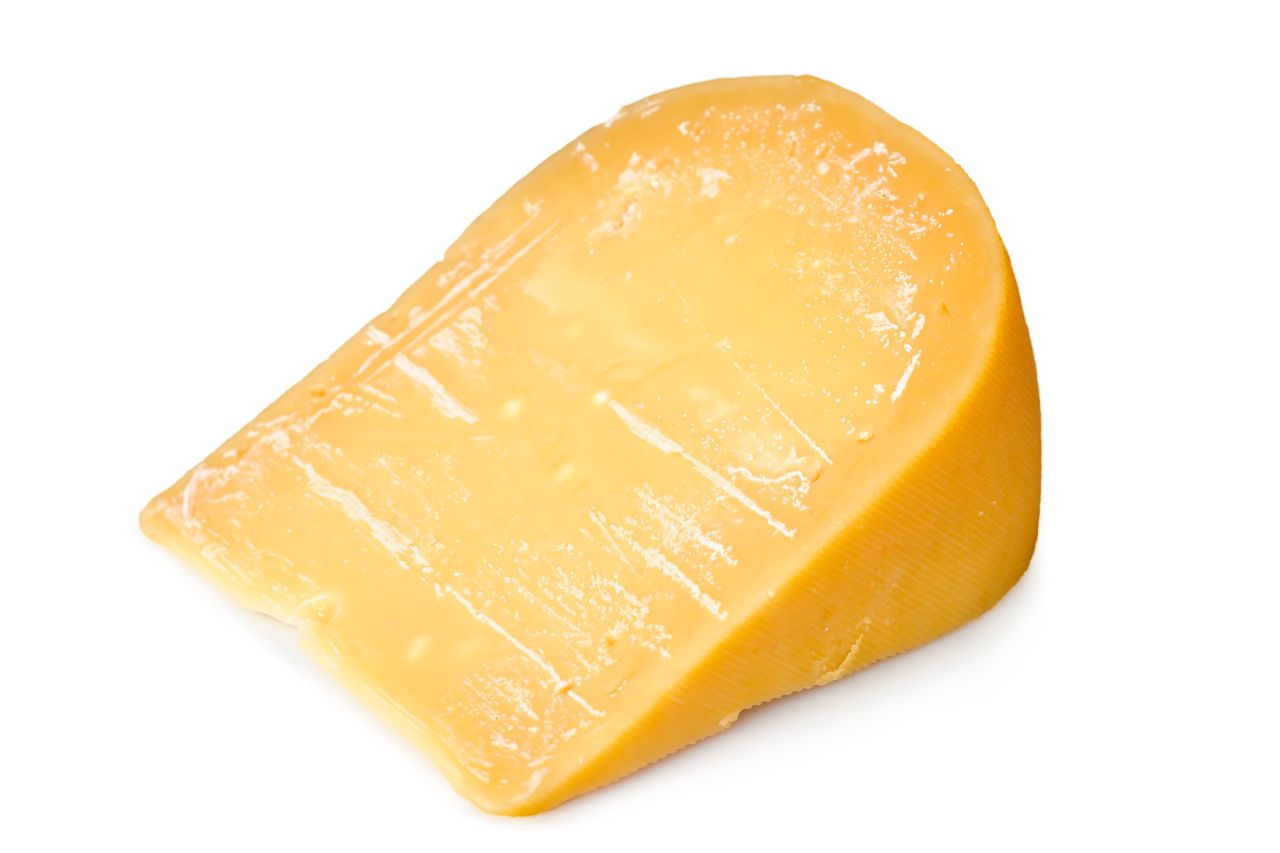 According to cheesescience.org, calcium lactate is a salt comprised of a calcium ion and lactic acid and often found on cheddar cheeses — usually on the surface, where moisture can collect:

The crystals have a powdery appearance, and though they usually appear on the outside of the cheese, they can also be found on the interior. Storing cheese in loose packaging or subjecting it to temperature fluctuations can encourage the formation of calcium lactate crystals, but in either case, there is no reason to be alarmed by their presence. Your cheese is still perfectly edible.

What are tyrosine crystals?

Tyrosine is an amino acid, a molecule that combines with itself to build the chains that make up proteins. When crystalized, it appears as distinct white, speckled clumps, and is often spotted in the holes of aged cheeses like gouda, or inside a wheel of Parmigiano-Reggiano. The crystals, which crunch pleasantly between the teeth, indicante a breakdown of proteins, according to cheesescience.org:

Unlike calcium lactate, which we attribute to intrinsic factors in cheese, tyrosine crystals seem to be linked to the activity of the culture Lactobacillus helveticus. This microbe is usually added to the aforementioned cheeses to encourage flavour formation. L. helveticus has a knack for breaking down peptides (i.e. protein chains) into free amino acids, tyrosine being one of them. As the tyrosine builds up it will eventually crystallize out. It’s still not fully understood though.

Unlike calcium lactate, the way the cheese is handled and stored doesn’t seem to have much effect on tyrosine crystal formation. The presence of crystals does indicate your cheese is well-aged, though, and likely to be packing some seriously savoury flavour — so If you see tyrosine crystals on your cheese, rejoice my friend.