The modern world is largely safe from the primitives dangers that plagued our ancestors — wild animal attacks are rare; few of us will ever step off a cliff and die because glasses haven’t been invented. This doesn’t mean death and danger have been vanquished. We’ve just forced them into forms that are so new to us as a species, we haven’t had a chance to develop a proper instinctual fear of them. Meanwhile, those ancient fears are still rattling around in our brainpans, uselessly filling us with anxiety and dread over things that are extremely unlikely to hurt us.

I’m not sure it’s possible to redirect our fears to logical ends — I’m picturing trying to explain the dangers of morbid obesity to a caveman — but I’m going to at least try: here are seven things that we are afraid of but shouldn’t be, and seven things we should.

Don’t be afraid of strangers… 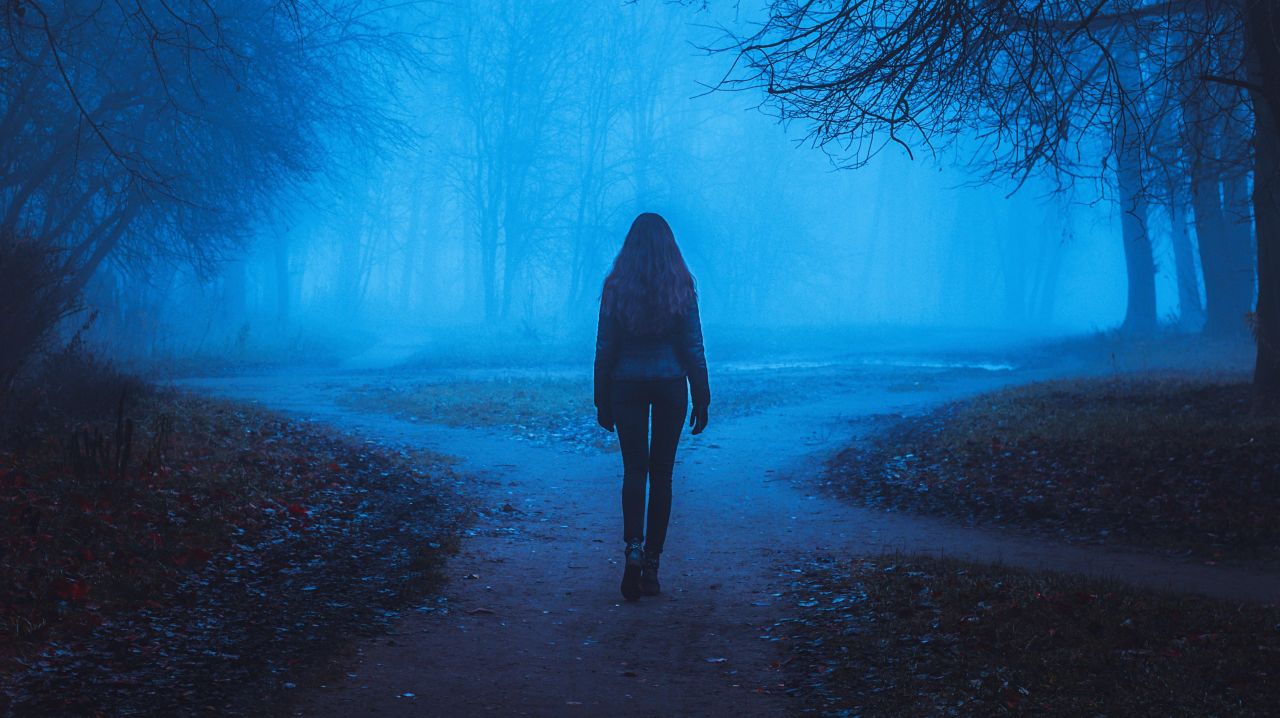 Most infants start to feel distress at the sight of an unfamiliar face by the time they’re eight or nine months old. “Stranger anxiety” begins to lesson when babies are around 15 months old, but it doesn’t seem to ever fully go away — who among us hasn’t felt a jolt of primal trepidation at the sight of an unfamiliar person walking towards us on a dark night? But there isn’t that much to fear from unknown people. About 38 per cent of violent crimes (including robbery) are committed by strangers, which seems like a lot, until you consider the thousands and thousands of strangers you come across who don’t victimize you.

…be afraid of your friends and family. 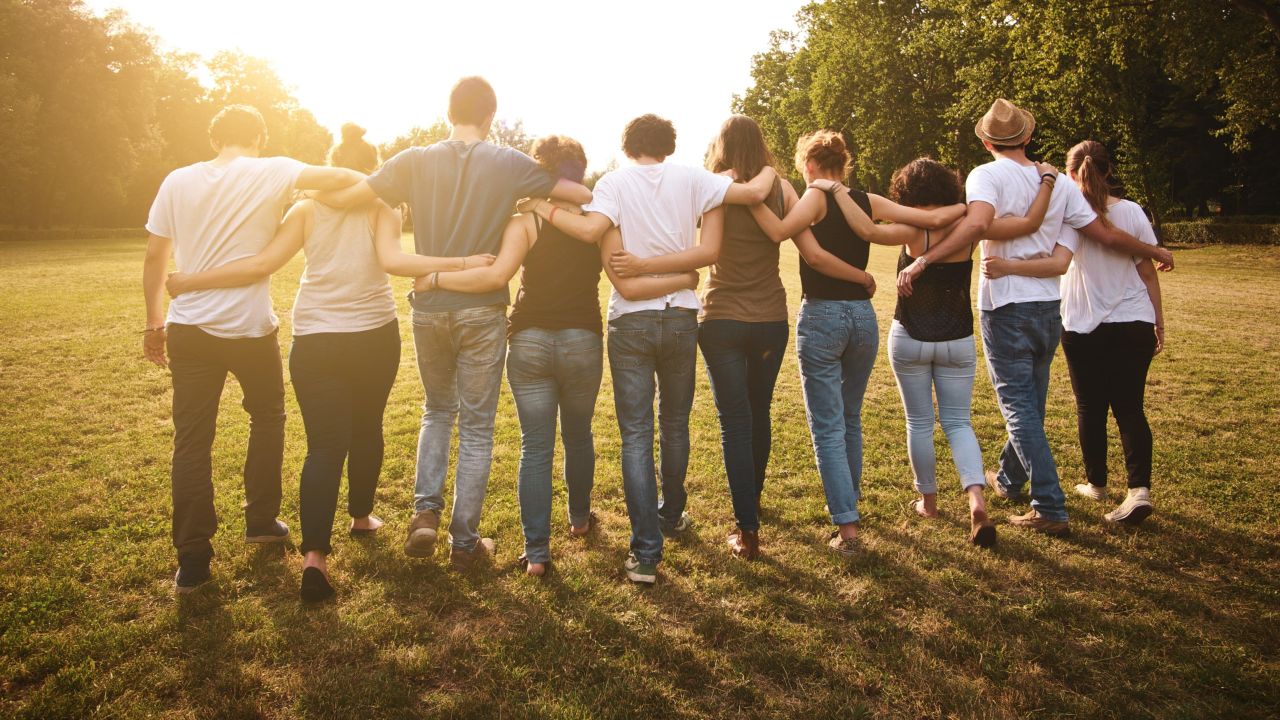 About 62 per cent of violent, non-fatal crimes are committed by people the victims know. That number jumps to 90 per cent if we’re talking homicide. When you consider how few friends and acquaintance you have versus how many people are strangers to you, it’s crystal clear who we should be afraid of. Drilling down further: Women should be most afraid of their partners. About a third of women have been victims of domestic abuse, almost always at the hands of male partners and/or ex-partners. Somehow, lots of women hang out with men anyway.

Don’t be afraid of spiders… 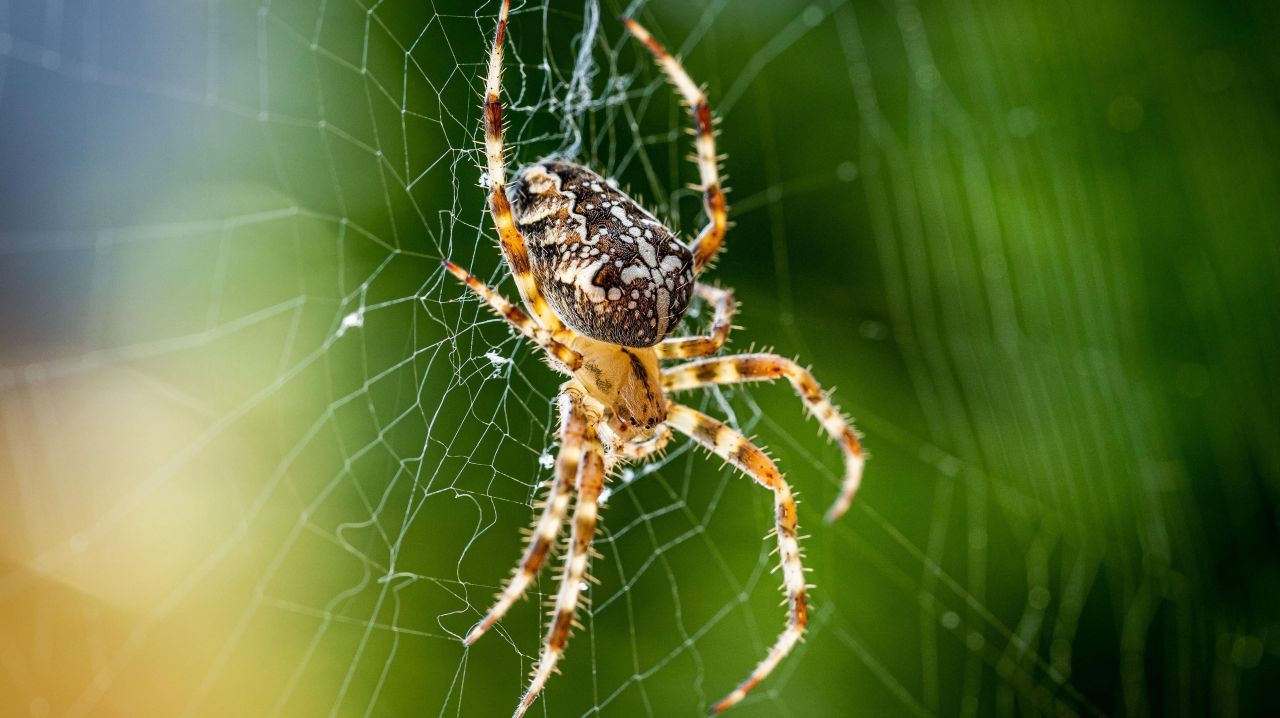 No one knows exactly why, but between three and 15 per cent of people suffer from arachnophobia, and most of the the rest of us are afraid of spiders too, even if not to a debilitating degree. Spiders are crawly and gross, I get it, but the little guys aren’t generally dangerous. Of the 43,000 or so species of spiders on Earth, less than 30 are harmful to humans. The rest spend their lives quietly trapping and eating flies and mosquitos, nature’s greatest killer. We should be building statues to spiders, honestly.

…be afraid of bedbugs 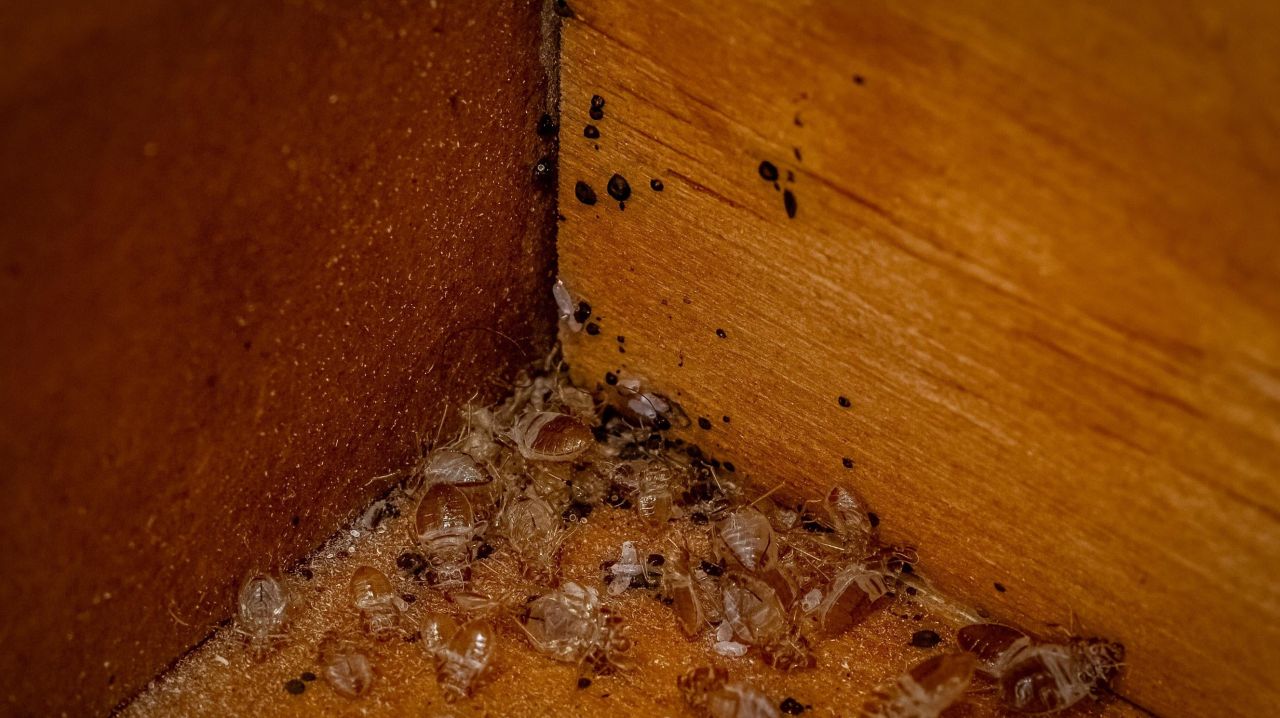 I have carefully considered the merits of every biological entity on Earth and have concluded that bedbugs are the worst thing that has ever lived. Instead of ending their victims’ lives with a merciful neurotoxin, bedbugs ruin your life and destroy your sanity. They feed on your blood, make you itch, and never leave — an experience so unpleasant, victims regularly report PTSD-like symptoms. They’re incredibly difficult to get rid of. You can’t even move to a new house: the bedbugs will hide in your clothing and furniture and move along with you, like the worst roommates imaginable.

Don’t be afraid of ghosts… People have been telling scary ghost stories since at least ancient Rome, and the idea that specters of the dead walk the earth is still widely accepted today — about 57 per cent of American adults say they believe that ghosts exist. Refreshingly, belief in ghosts is roughly equal across the political spectrum. But what’s so scary about ghosts anyway? Experiencing a tangible manifestation that proves something happens after we die seems reassuring to me.

…be afraid of eternal oblivion 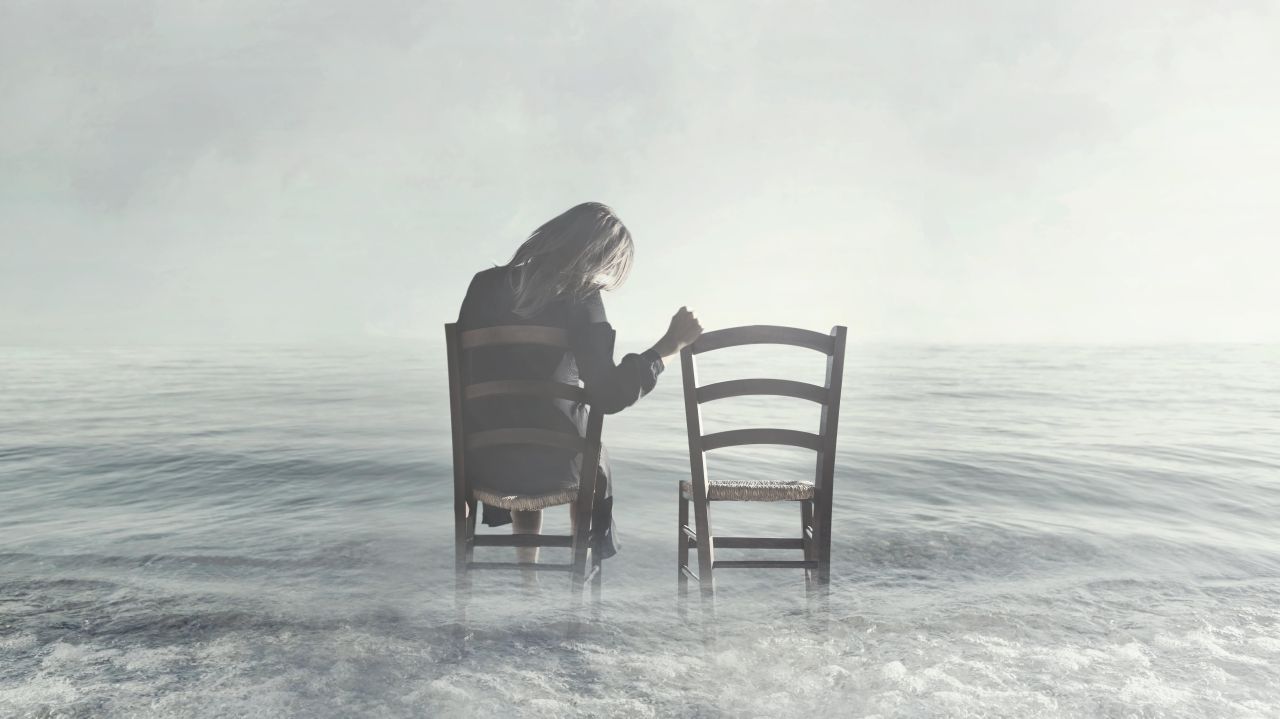 There are a lot of theories about what happens after we die, but most of us, deep down, accept the truth: When we die, our consciousness ends. We have no agency and no awareness — we cease to exist entirely. It’s not even eternal darkness, as “dark” and “eternal” are descriptions of experiences that we will not have when we are dead. This is objectively terrifying, yet only 11 per cent of Americans report that they are very afraid of death. (I’ll bet almost all of them would change their opinion fast if you put a gun to their heads though.)

Don’t be afraid of flying… 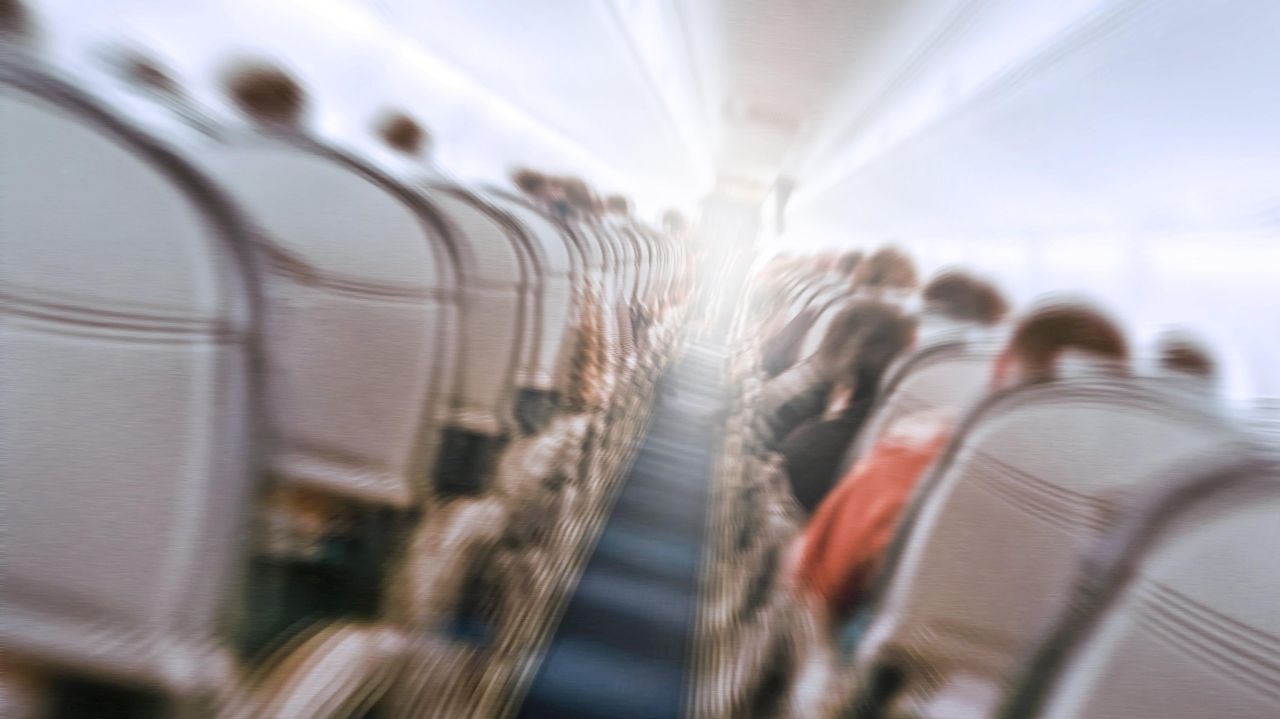 We all know that travelling by air is incredibly safe — arguably* the safest form of transportation yet invented. Still, 40 per cent of Americans report being at least somewhat afraid to fly. There’s something so unnatural about casually eating Chex Mix while 12,192.00 m in the air, that we can’t quite overcome our trepidation and distrust. I get it. But if you choose alternatives to air travel, you’re actively making yourself less safe.

*I say “arguably” because, according to the gondola project’s website, funiculars, gondolas, and aerial trams may be safer even than aeroplanes. (Someone needs to crunch the numbers to settle it once and for all.) Sadly, I still can’t catch a quick funicular to Vegas for the the weekend.

…be afraid of driving. 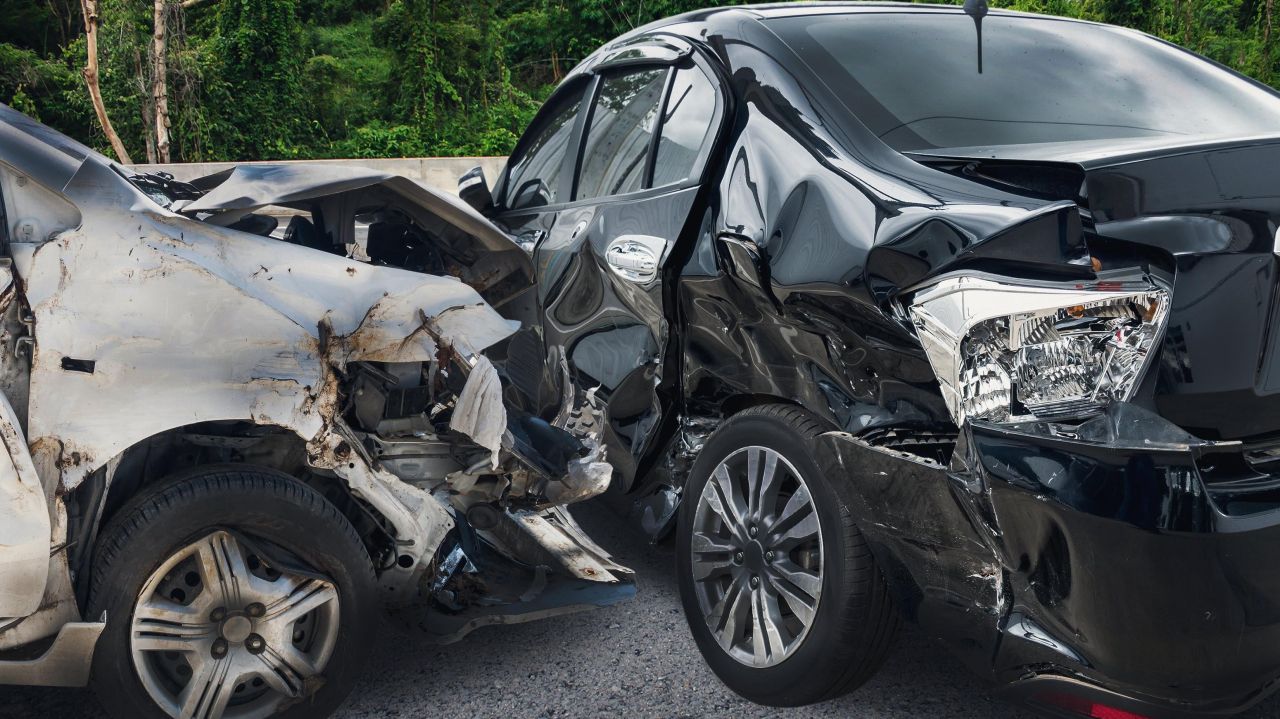 If our fears were rational, none of us would drive, ever. Internationally, about 3,700 people die daily in car accidents. That’s the equivalent of more than ten fully loaded 737s crashing every day, which would surely drive every airline out of business. But we keep driving anyway, some of us while drunk, and very few people even think about how insane it is that they’ll let just about anyone over 16 pilot a two-ton death machine if they can pass a simple test at the DMV.

Don’t be afraid of being murdered… 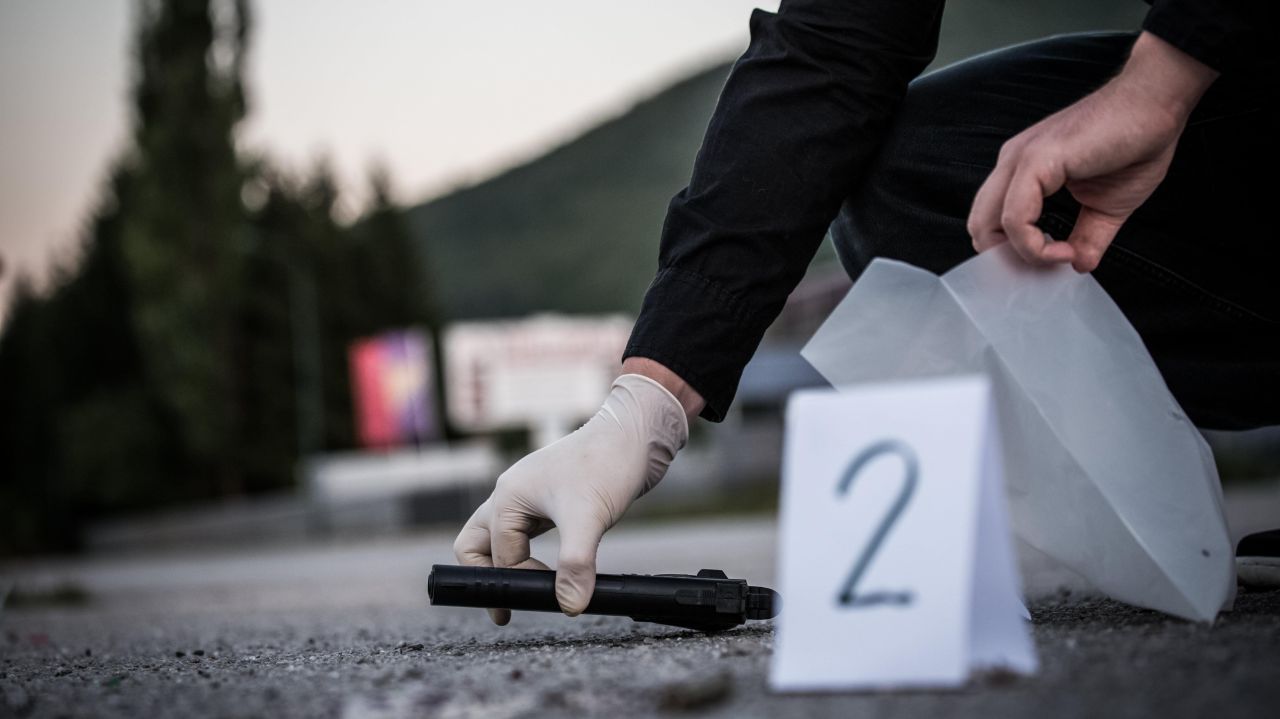 Foniasophobia, the fear of being murdered by a serial killer, is likely on the rise along with our fear of crime in general (I blame the proliferation of true-crime podcasts). But our fear of crime doesn’t (usually) correlate with actual criminal activity. Crime rates have fallen across the board over the last 30 years, but our perception/fear of crime has only gone up. Rest assured, the odds of you being murdered are vanishingly small. Only around 1% of US deaths are due to homicide, so don’t worry about it.

…be afraid of heart disease. 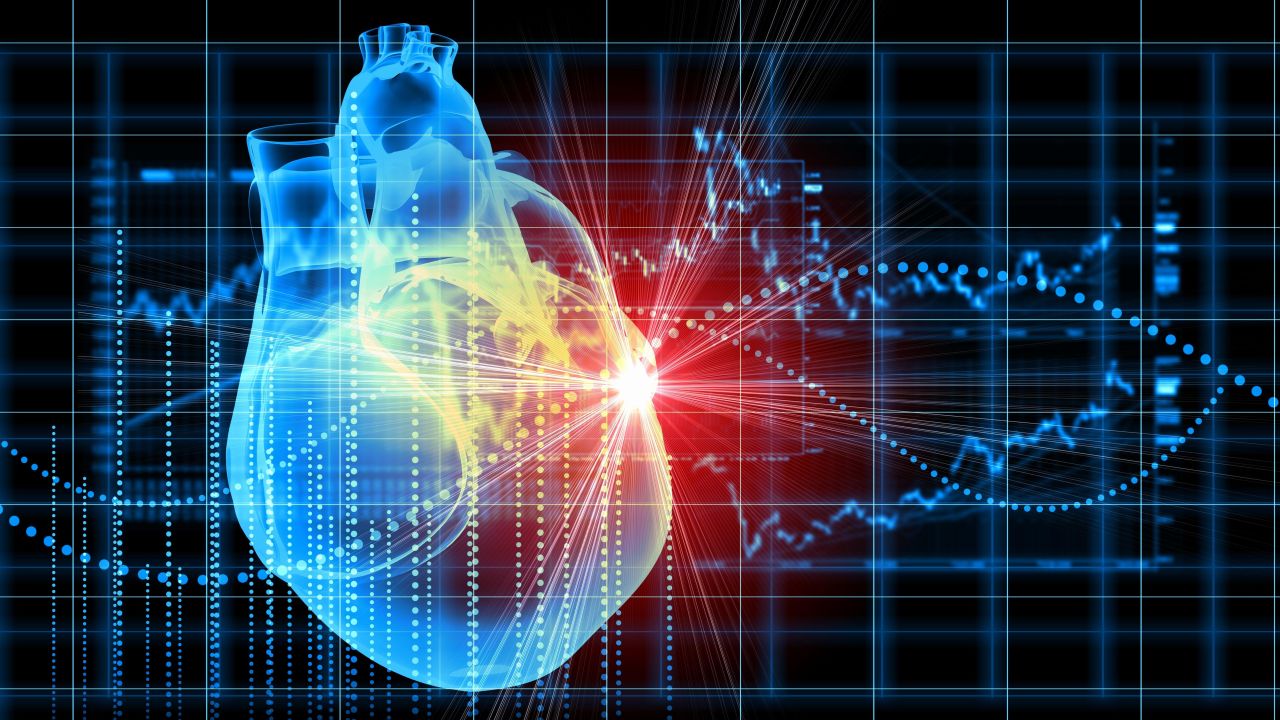 Don’t be afraid of sharks… I blame Steven Spielberg. According to a 2015 survey, a little more than half of Americans say they are “absolutely terrified” of sharks, but there were only 47 total “shark-human interactions” reported in the US in 2021, and only one death. Worldwide, about 10 people a year are killed by sharks. That’s a tenth of the number of people killed yearly by freshwater snails!

…be afraid of dogs and mosquitos. 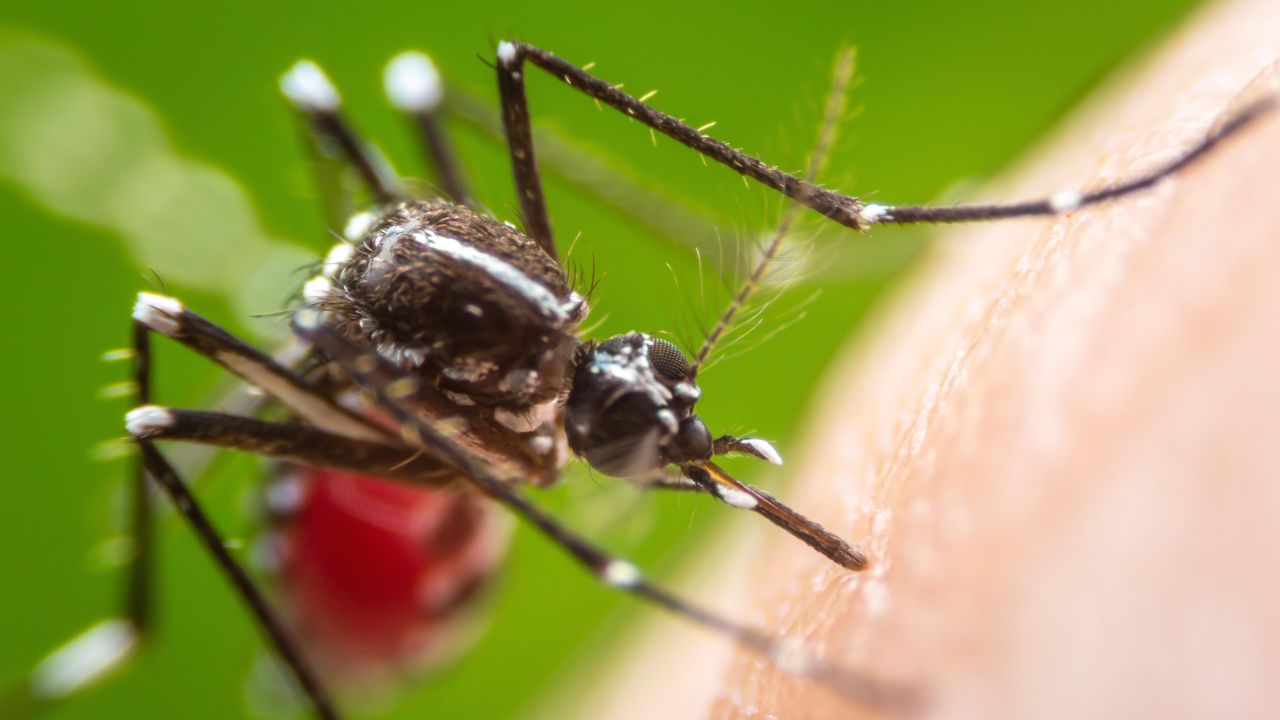 If you absolutely must freak out over a deadly animal, save your fears for dogs and mosquitos. Dogs are responsible for around 25,000 human deaths per year. That’s respectable, but the animal kingdom’s most vicious serial killer, by far, is the mosquito. These horrific little flying vampires kill around a million people per year by spreading malaria, dengue fever, West Nile disease, yellow fever, and Zika disease.

Don’t be afraid of the dark… 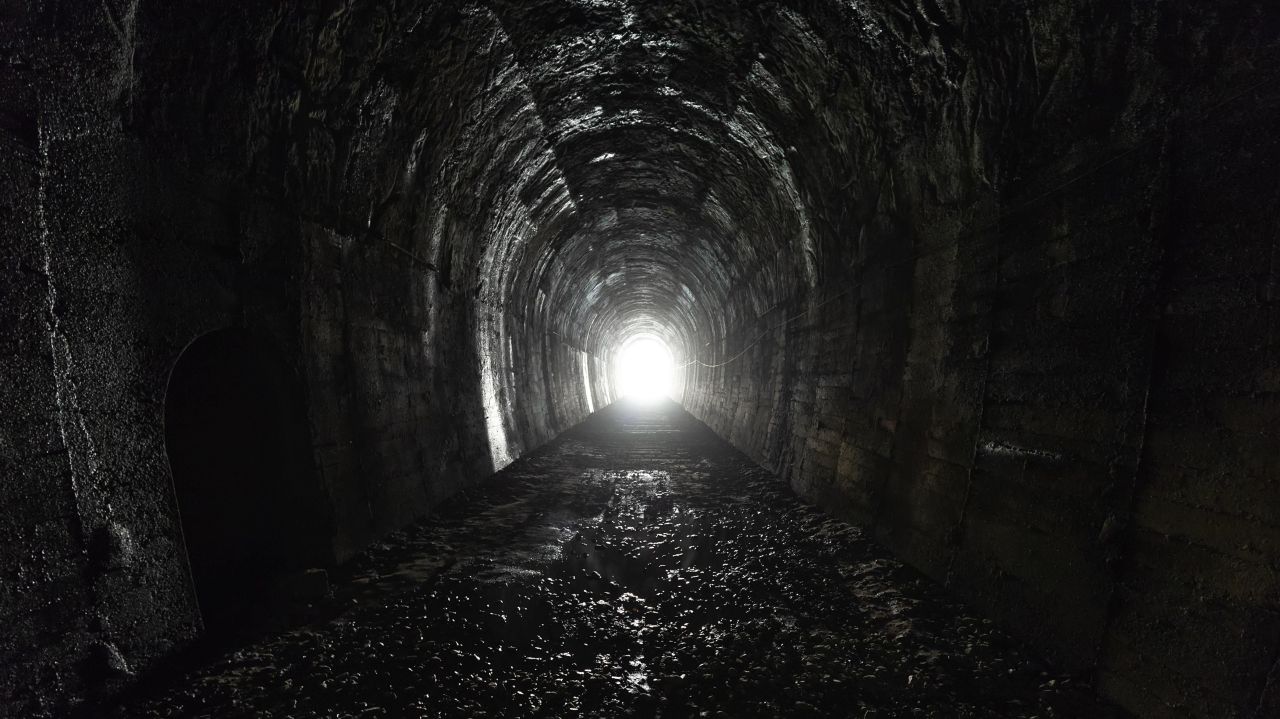 It made sense for cavemen to have been afraid of the dark — if you wander outside the protective glow of the fire, you could get eaten by bears — but for modern people, darkness is a much more complicated thing. Crimes are often committed under the cover of night, but it’s not like there’s world of unseen horrors lurking in the blackness any more. Still, 11 per cent of American adults report being afraid of the dark, and the judging by the amount of darkness in horror movies, we’re all, in some way, processing this primitive fear.

…be afraid of global environmental catastrophe. 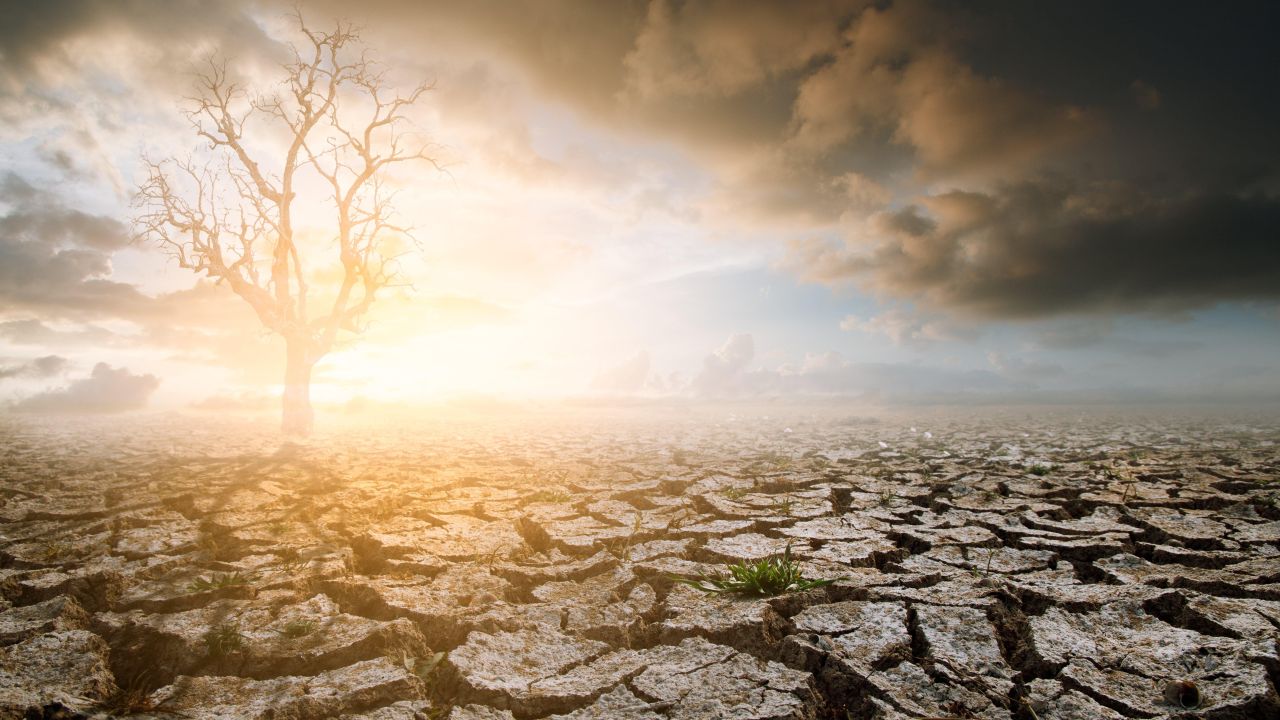 Humanity’s quest to banish darkness led us to burning the remains of ancient lifeforms and deeply buried ores to power electric lights and eventually handheld devices we use to have Chipotle delivered to our homes without having to talk to anyone on the phone. But everything comes with a price (even Chipotle), and the cosmic debt is coming due in the form of rising temperatures, melting ice-caps, and far-ranging consequences we can’t foresee. But they will almost definitely be very bad. Actually, maybe don’t be afraid of global catastrophe. It’s probably too late for it to do any good.