15 of the Best Nudist Beaches to Flaunt It This Year

It’s an old cliché that Americans are prudish and shy about nudity while Europeans just strut about half-naked all the time, being all sophisticated and worldly, but there is a healthy Naturist community right here in the U.S., whether you realise it or not. And there are actually fewer rules against taking off your clothes than you might think — did you know it’s perfectly legal for women to walk around topless in New York, and has been since 1992?

For the most part, public beaches and other spaces around the world definitely do require you to wear some clothes, even in supposedly libertine France. So if you’re a Naturist who wants to vacation on your terms — or just an adventurous soul who hates pants — you’re going to have to find places where nudism is embraced, whether here or abroad.

Like all beaches, nude beaches vary wildly in beauty and quality of experience. No one wants to be nude on a beach composed of jagged rocks and garbage, after all, or trapped on a super-crowded slip of sand where other nude people are just centimeters from you. If you’re looking for a nude beach this year, you should stick with the best, like these. 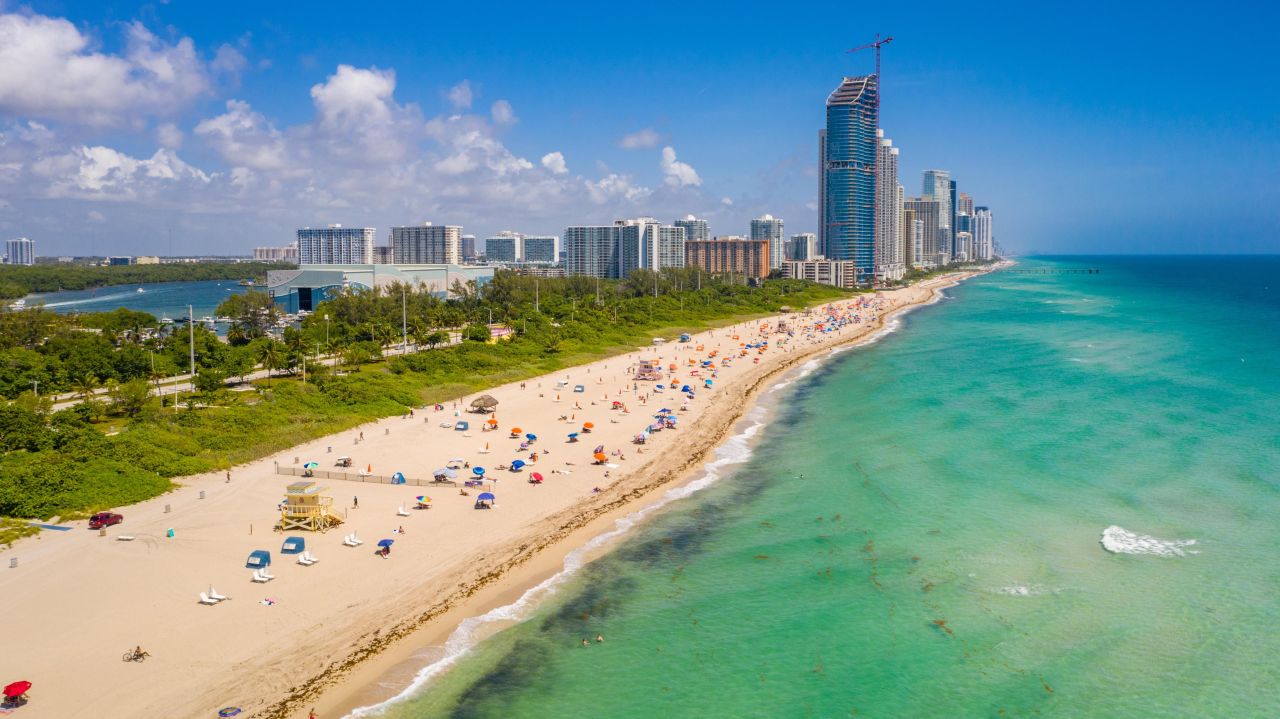 Want to go nude but also have a standard American tourist experience with plenty of parking, public toilets, and snacks? Head to Haulover Beach in Miami Beach (southern Florida is basically a nesting doll of beaches inside cities named after beaches). Haulover Beach is beautiful, clean, and well-respected. If you’re on the East Coast, it’s easy to get to and free to use (though there might be parking charges depending on where you put your vehicle), plus the people are legendarily friendly and non-judgy. 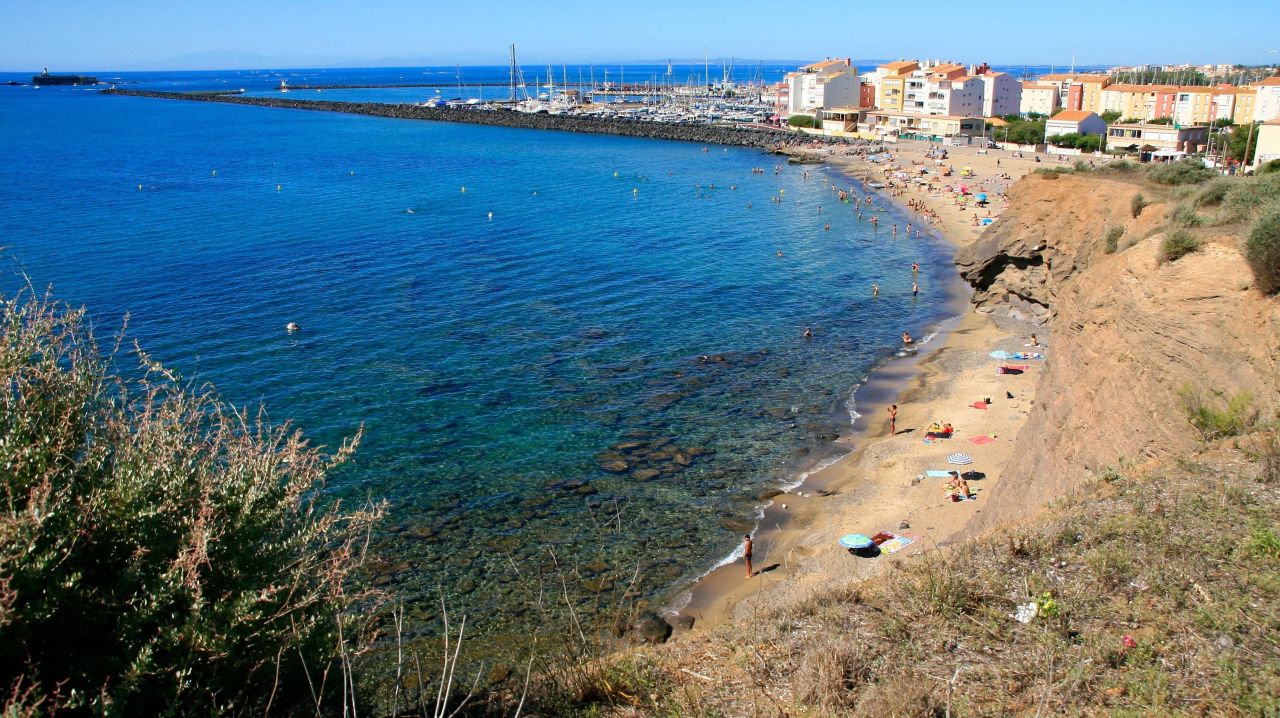 If you want to truly live the Naturist lifestyle, why stop at just a beach? Cap d’Agde is called the “Naked City” for a reason: It’s not just a beach, but an entire clothing-optional resort town. It’s not unusual to find people traipsing about naked in stores, restaurants, and on the street, as well as the beach. In the summer, the population swells to more than 40,000 mostly-nude people, so there’s no chance of feeling awkward or ashamed. For the best experience, you should stay in the resort, which really is a self-contained town, but you can also purchase an entrance pass for about 20 Euros. 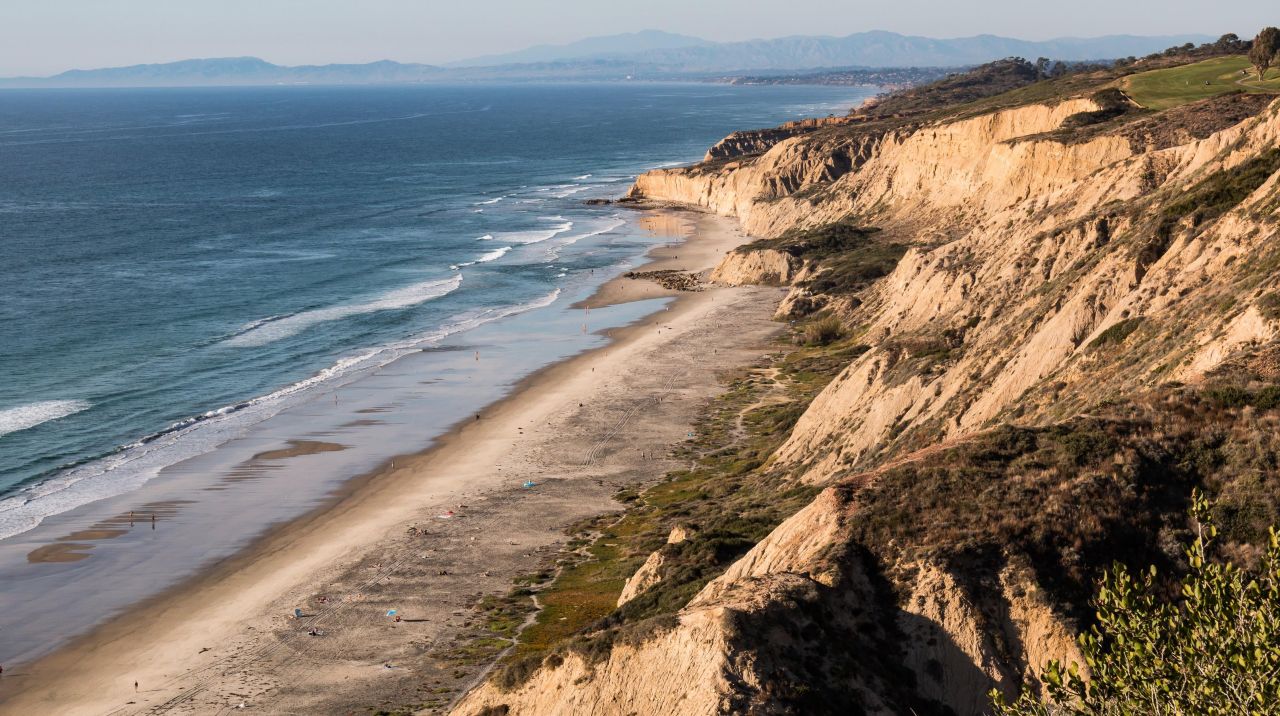 What’s great about Black’s Beach is its secluded nature — it’s a bit of a hike to get to the beach, and once you’re there you’re well-hidden from the judgmental world outside. It’s also a beautiful beach, well worth your time even if you’re not planning on tossing your Speedos into the waves and cavorting about naked. If you can find parking up in town, there’s no cost. Alternatively you can start out at Torrey Pines State Natural Reserve and hike a few miles to the beach. 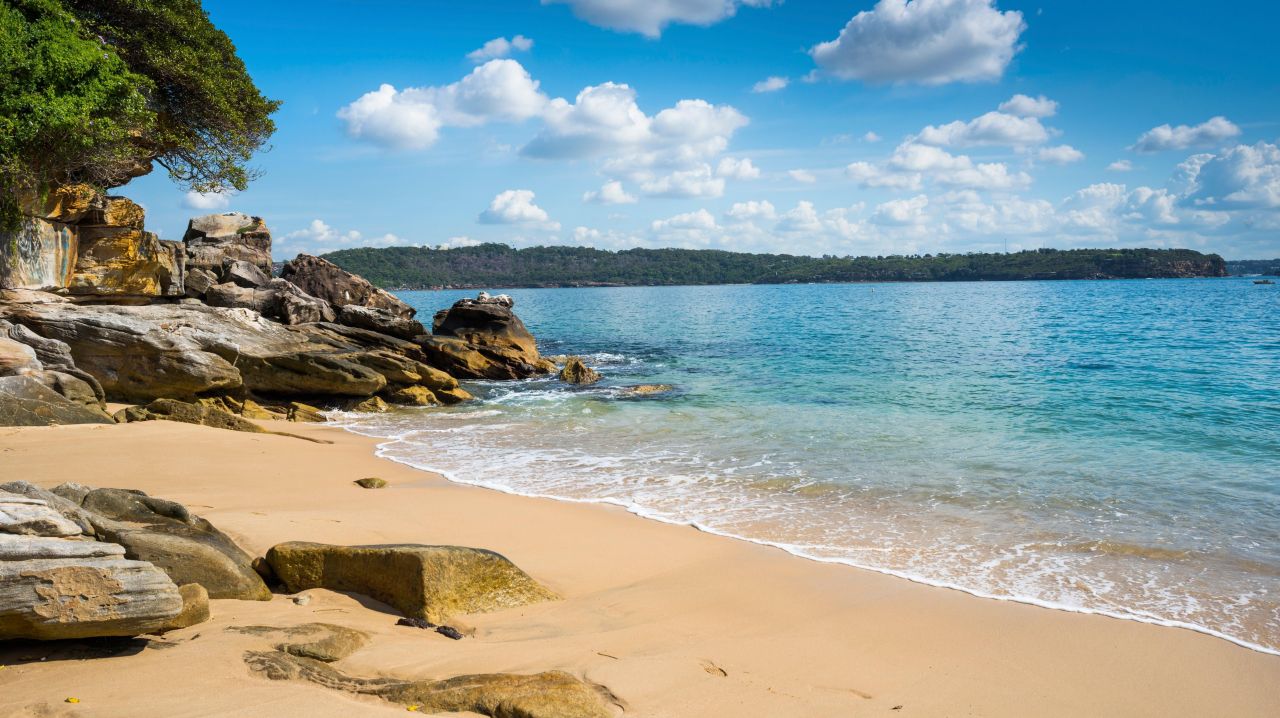 Sometimes known as Lady Bay Beach, Lady Jane has been a nude beach for decades — originally unofficially, but legally clothing-optional since 1976. It’s well-known in the LGBTQA+ community, but anyone is welcome there to enjoy some of the most breathtaking views in the world while getting a tan where the sun don’t (normally) shine. Be warned, though, that it’s a small beach, and space is at a premium. Still, it’s worth it for the sights and the sense of peaceful isolation. 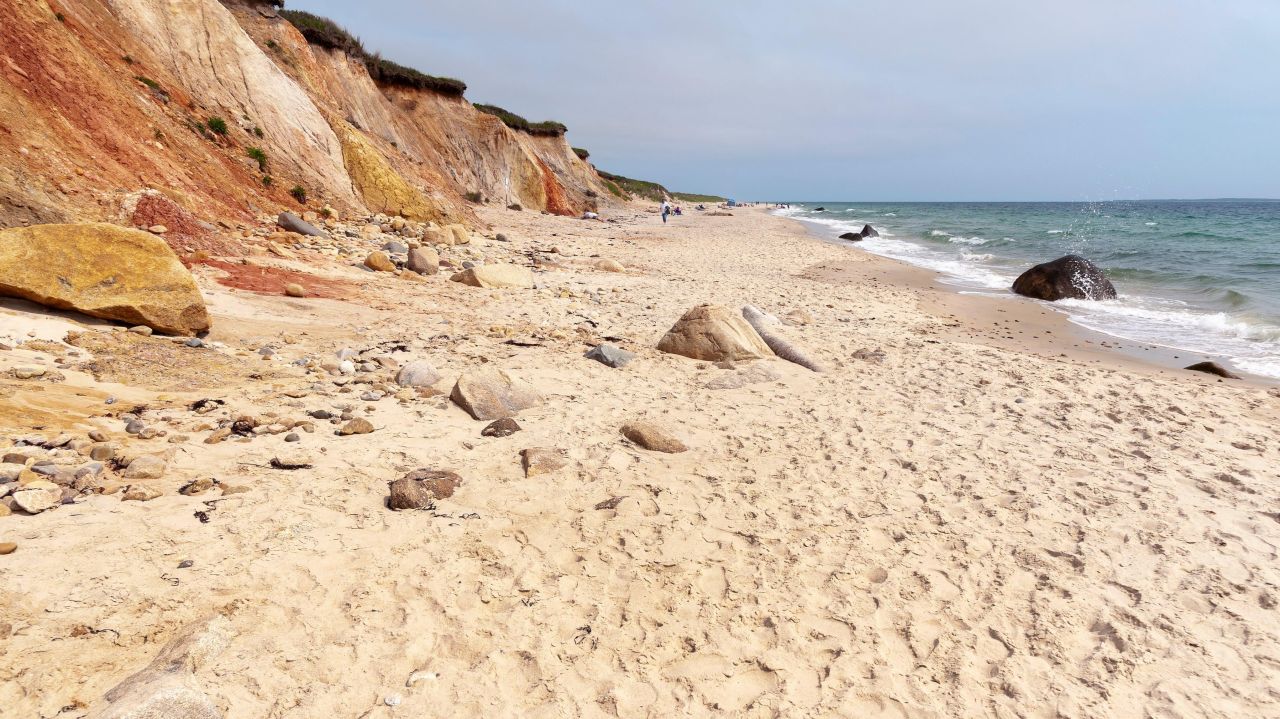 If you want to be extra secluded while enjoying your beach time in your birthday suit, head to the tony environs of Martha’s Vineyard. You can only get there via plane or ferry, and once there you can head to Moshup Beach, which is clothing-optional. It’s a 10-minute walk from the nearest parking lot, so you’ll need to wear something on your way, but then you can soak in the majesty of the Atlantic Ocean and the incredible Gay Head Cliffs. The sunsets are particularly incredible, but there isn’t much out there, so bring supplies for your day of naked sunbathing. Located near Big Beach on Maui, Little Beach is definitely small, but it’s also a better choice if you want to swim and snorkel, as the waters are much calmer than Big Beach. Plus, you can doff your swimsuit on Little Beach and enjoy nature the way your maker intended. You can park for free at Big Beach and just walk over. Just keep in mind that Little Beach lacks facilities: There are no toilets or vendors on Little Beach, so bring supplies. But who cares? You’re nude in Hawaii, man! If your globe-trotting lifestyle of glamour and adventure takes you to St. Barts, check out Anse de Grande Saline. It’s a huge, long beach where clothing is very, very optional, so you’ll be able to choose your experience: Do you want to be part of a rowdy crowd of proud Naturists or sit in a secluded spot where you can be alone in your nudity? The choice is yours. Another choice is sexual orientation: Unofficially, the beach is divided between straight and tourist (to the left as you approach) and gay beachgoers (to the right). No one will care if you wander unintentionally, but keep it in mind. Also, consider renting an umbrella, as there’s no shade on this beach. 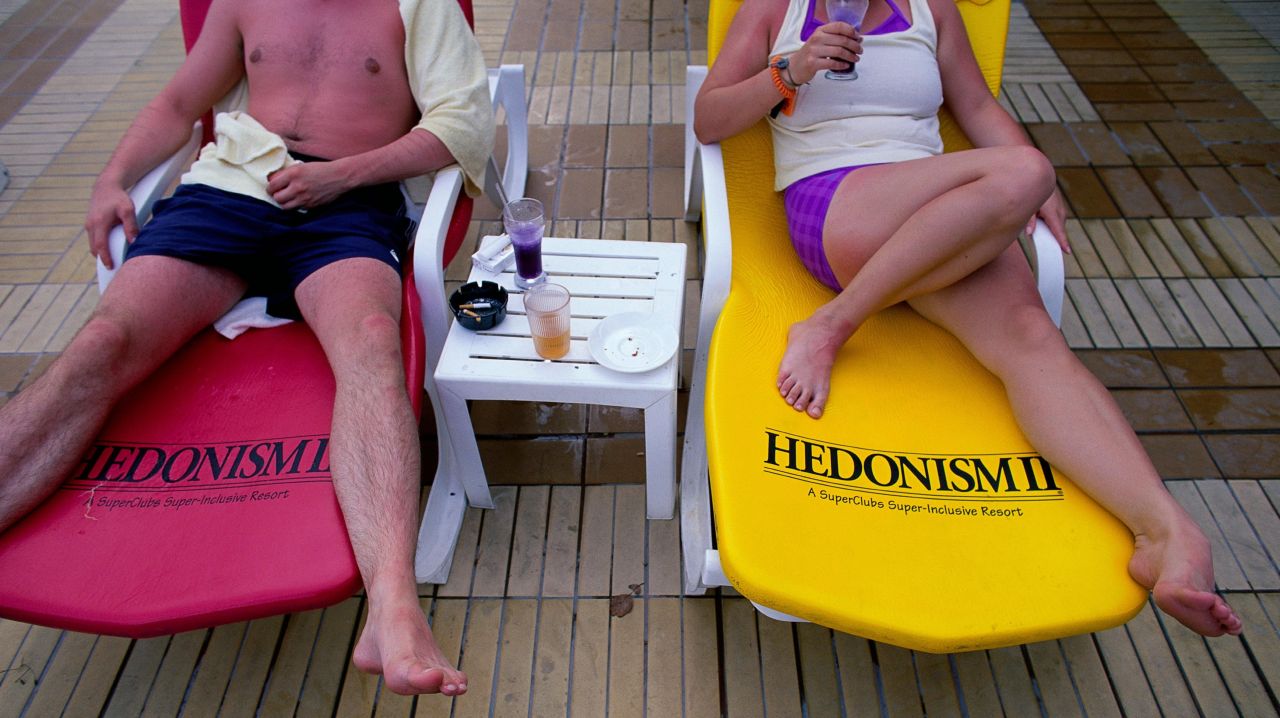 If you’re looking for something a bit … spicier than simple nudity, Hedonism II is an “adults-only” resort, sometimes called a Sex Resort. What that means is no children, racy and adult-themed entertainment, and plenty of people wearing lingerie and crazy club outfits instead of the more staid resort wear you might see elsewhere. Also: Nudity. The resort is actually divided between guests who want to wear clothes (called the Prude Beach, which is too cute) and those who want to go totally nude. If you want to go nude while enjoying all the pleasures of a resort (with none of the kids), this is your jam. 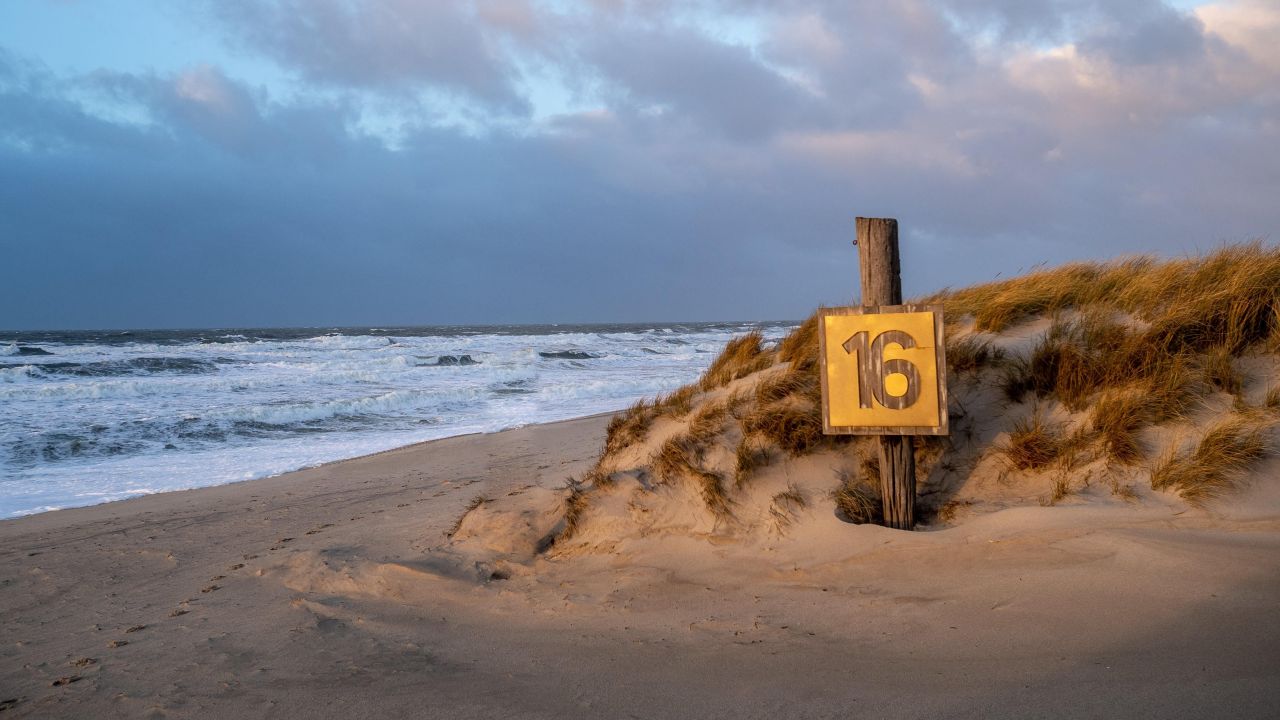 You might not think of Germans as the sort to embrace nudity, but Buhne 16 is just one of several nude beaches in Germany (all the beaches on the island of Sylt are clothing-optional), and its oldest and most famous. This is a pricey area with a high-end resort feel, but be warned that since it’s located on the North Sea near Denmark, the water around this beach is not what you would call warm. Sunbathing in the summer is pleasant, but swimming is for those who love the Polar Bear experience (and aren’t afraid of shrinkage). 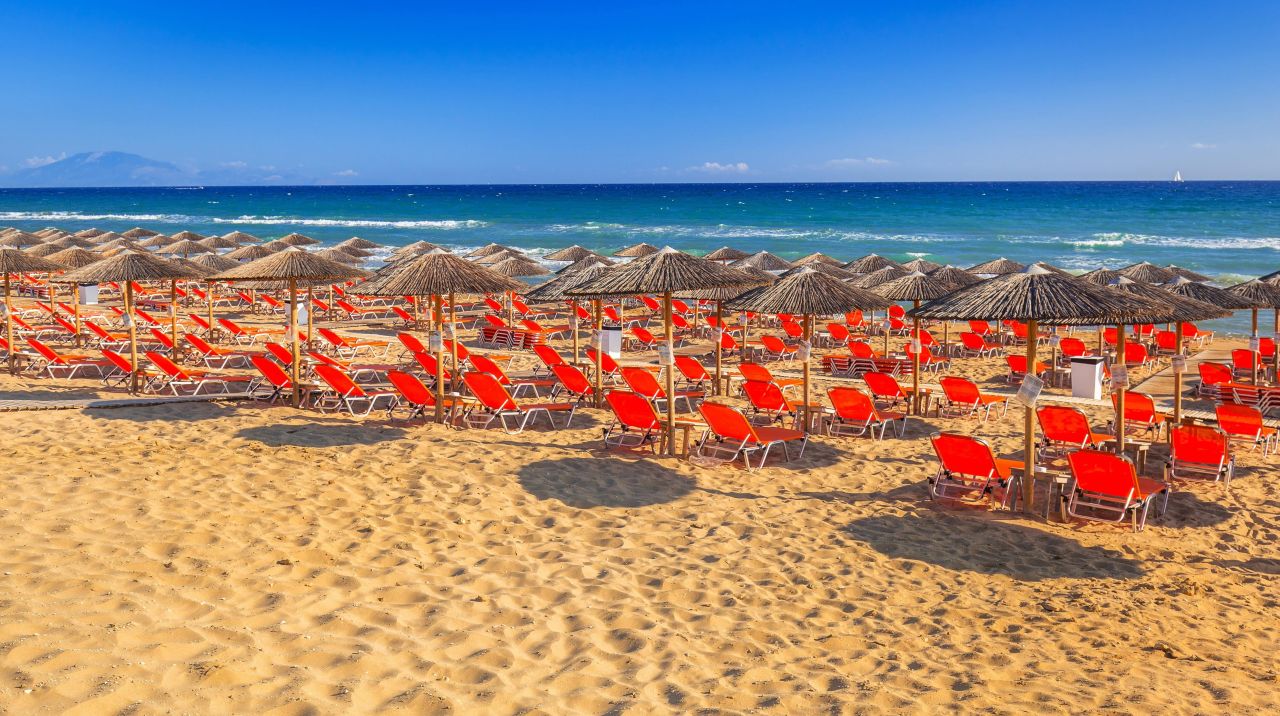 So-called because it’s among three beaches that are yellow and shaped like bananas, look for Little Banana, the smallest beach in the bunch. The main beach is always crowded with tourists and people from the mainland, and while a few folks choose to go nude, for the most part it’s a normal beach. Little Banana is where the hardcore Naturists go to strip down. There are a few restaurants right off the beach, so if you’re on holiday in Greece, this is a terrific and gorgeous option.

Yes — New Jersey. The Jersey Shore has a certain image, of course, and that image doesn’t usually include nudists strutting their stuff. In fact, Gunnison Beach is the only legally nude beach on the Jersey Shore (because it’s owned by the federal government and thus exempt from state laws prohibiting nudity). The views of New York City are pretty amazing, and Gunnison Beach is always crowded during the summer. If you’re in the New York Metro area, this is one of the easiest nude beaches to get to — and well worth the effort. 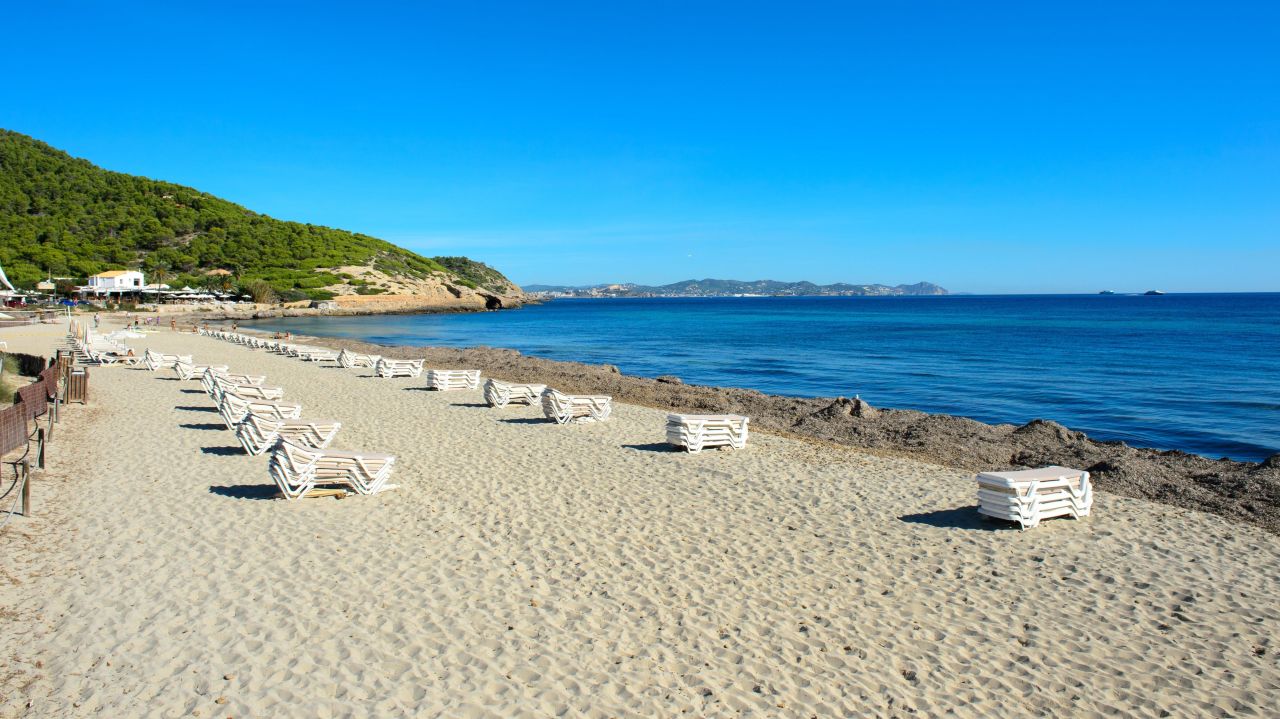 When you think of Ibiza, you probably think of yachts and parties and incredibly beautiful, pristine beaches. That’s all true (or so we lowly writers are told, as our invites to Ibiza parties are routinely lost in the mail), but Ibiza is also famous for its nude beaches. The most famous of them all is Playa d’Es Cavallet. Rumour has it that the north end of the beach, where the restaurants are, is where you can spot the occasional nude celebrity. This beach feels private despite the crowd and the restaurants, so it’s the perfect place to let it all hang out if you, you know, find yourself randomly in Ibiza, as one does. 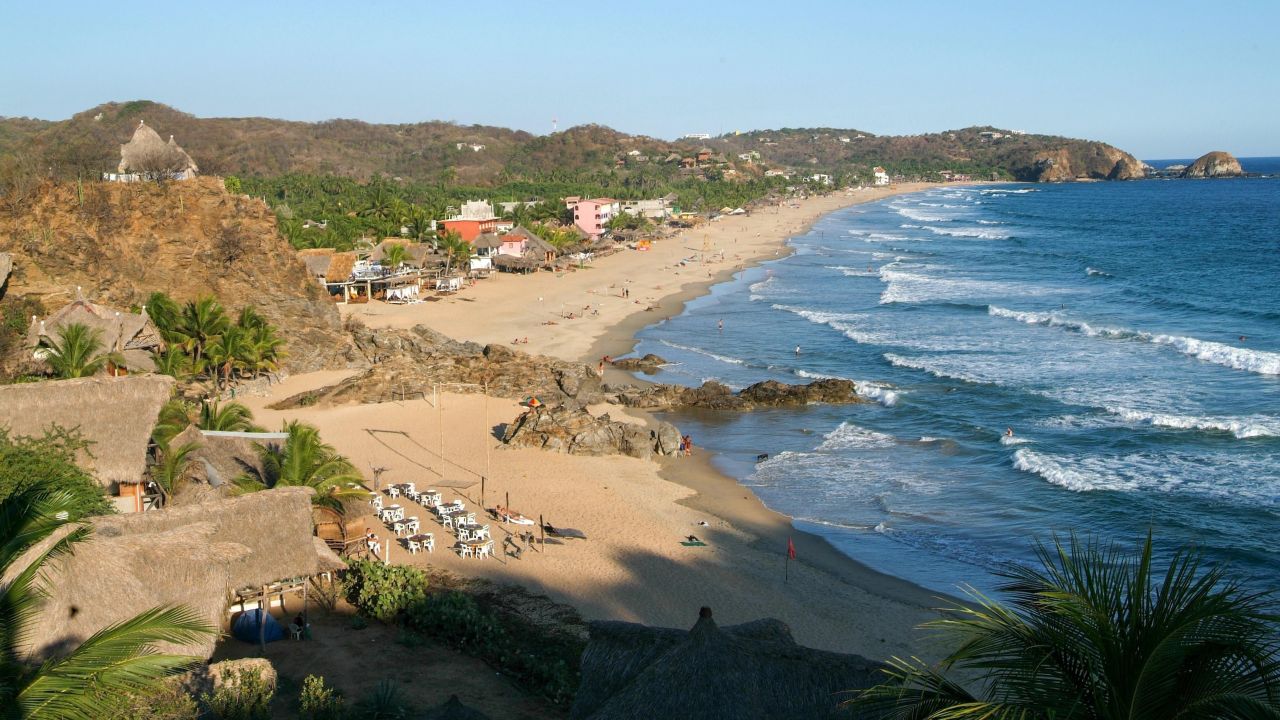 Want a slightly exotic nude beach experience but want to avoid a 15-hour flight to get there? Head to this famous beach where many scenes from the film Y Tu Mamá También were shot. Playa Zipolite has real nudist cred, having been colonised by bona-fide American hippies in the 1960s. These days it’s more built-up, so there are plenty of restaurants and bars to hit when you’ve had your fill of sun. One thing to keep in mind: Clothing-optional is technically illegal here, though no one worries about it, so you will definitely be breaking the rules when you strip down (along with every single other person on the beach). But the nudity is why people come here, and they can’t arrest all of you, can they? 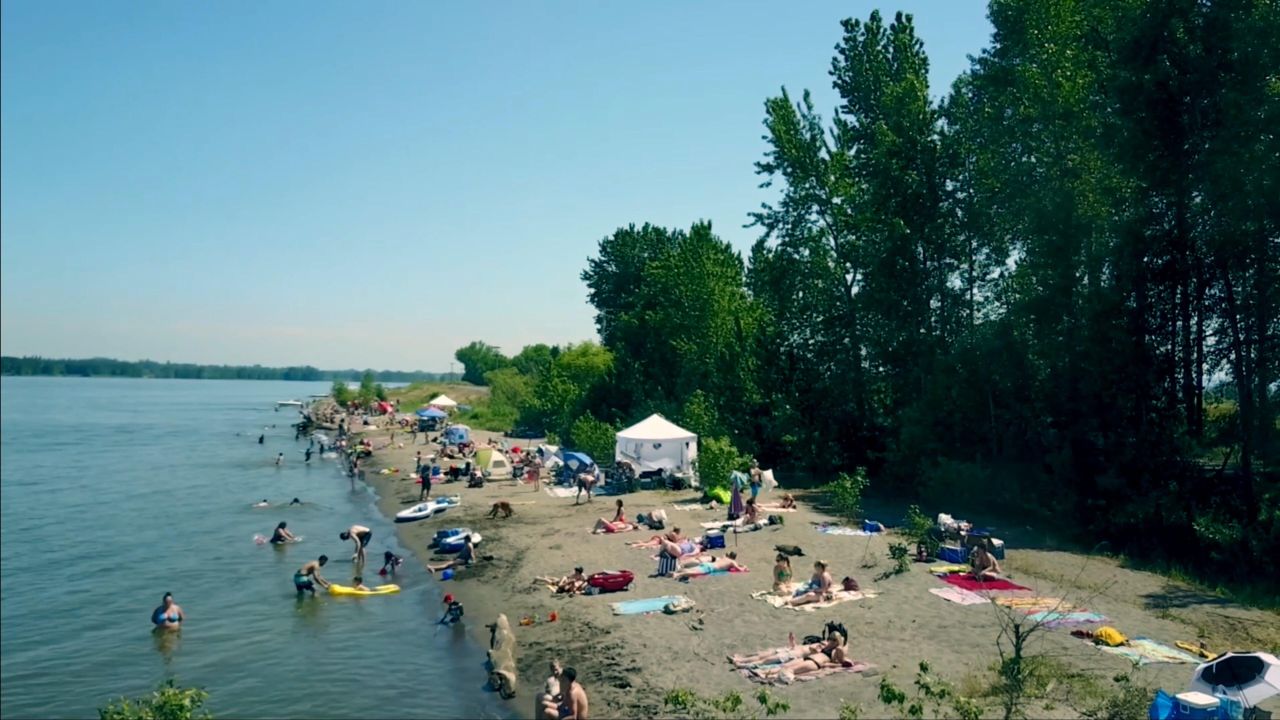 Located on Sauvie Island near Portland, this is one of the few nude beaches in the world located on a river instead of the ocean. The crowd at Collins Beach tends to be a mix of people from all walks of life, and there’s a definite party atmosphere. It’s a wide beach with plenty of room for activities like volleyball and other games. In other words, if you’re looking for a peaceful, meditative nude beach experience, look elsewhere. If you’re on the West Coast and want a great, naked time, head here. You’ll need to buy a parking pass, but otherwise the beach is free to all. 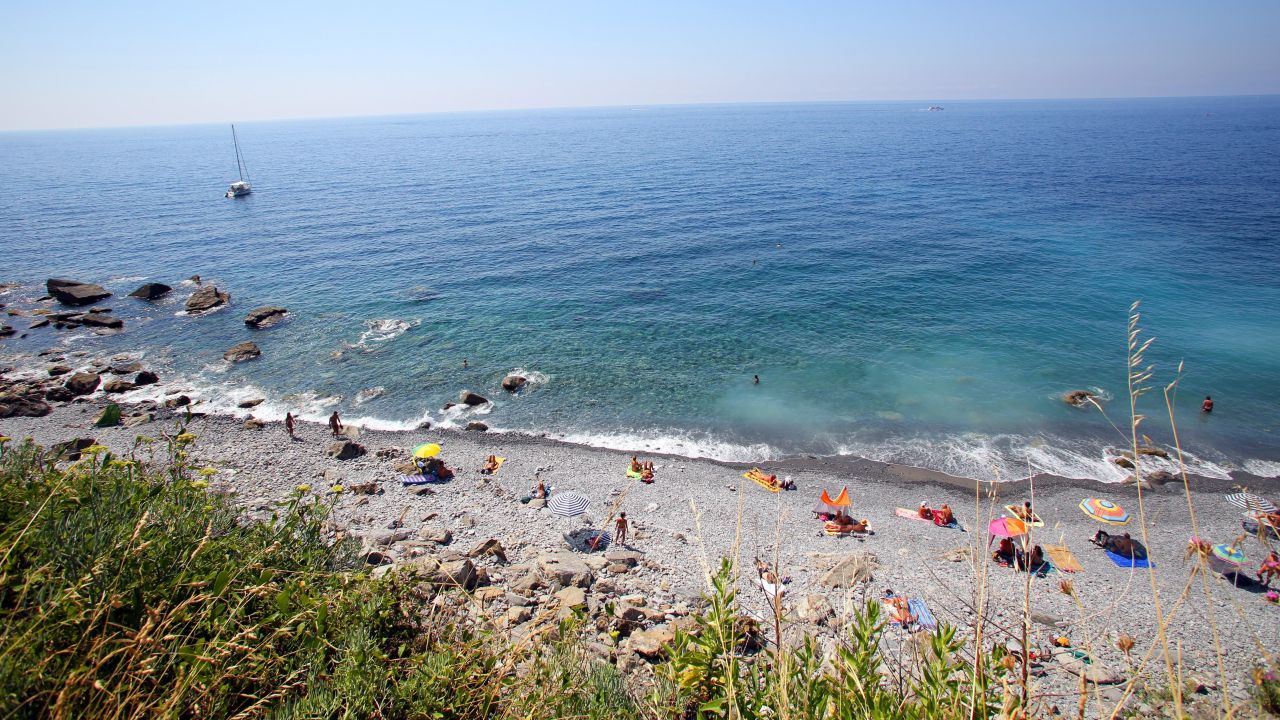 Not only is Spiaggia di Guvano beach secluded and beautiful — and, you know, located in Italy — but it’s also one of the few nude beaches where you’ll find plenty of natural shade. Even slathering yourself with sunblock doesn’t mean you necessarily want to roast like a sausage all day in your birthday suit. At Spiaggia di Guvano, you have the option of finding a nice shady spot to get a break. There are also resort-like facilities near the beach, including a pool and a swim-up bar.