The list of potential disasters is endless. At least, that’s what my anxiety tells me. Like many of you, I’m prone to envisioning myself in any number of dire scenarios. What would I do if I were stranded in the desert, or stuck in a crowd crush, or locked in the trunk of a car? I need answers: Is there a special spy school I can enroll in? What about zombie apocalypse training? Girl Scouts for adults?

Luckily, in most emergencies, you don’t need a particular set of skills to have a shot at survival. You just need to know what to do. That’s why I’ve compiled this list of extremely specific emergency hacks I sincerely hope you’ll never need to use. Still, there’s no fault in being prepared.

If you need to break into a car 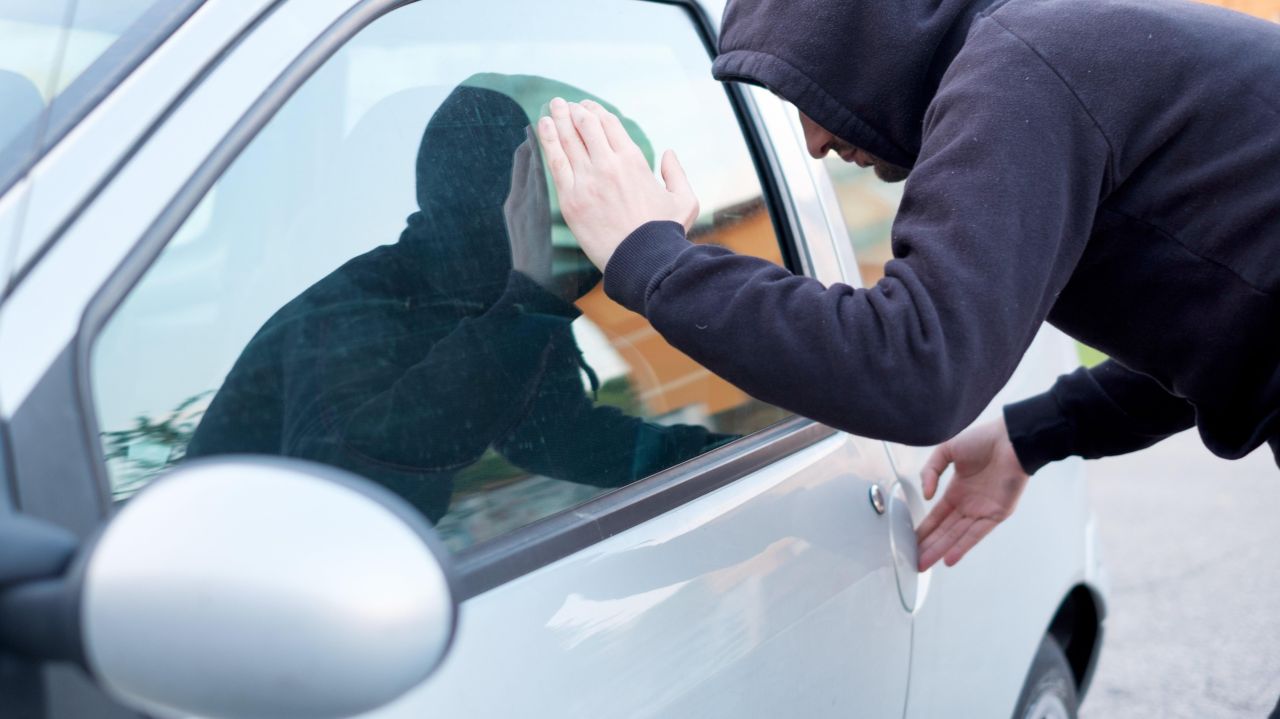 Sometimes it’s necessary to break into a car by smashing through one of the windows. Say your pet or child is locked in there, and the owner is no where in sight. Or say the owner is fast-approaching, and you just really want this person’s car. (Kidding!)

Assuming your only option to get into the car is by smashing a window, keep these two things in mind:

And if you are breaking into the car to rescue a small child or animal, make sure you aim for a window as far from them as possible.

If you need to break out of a car 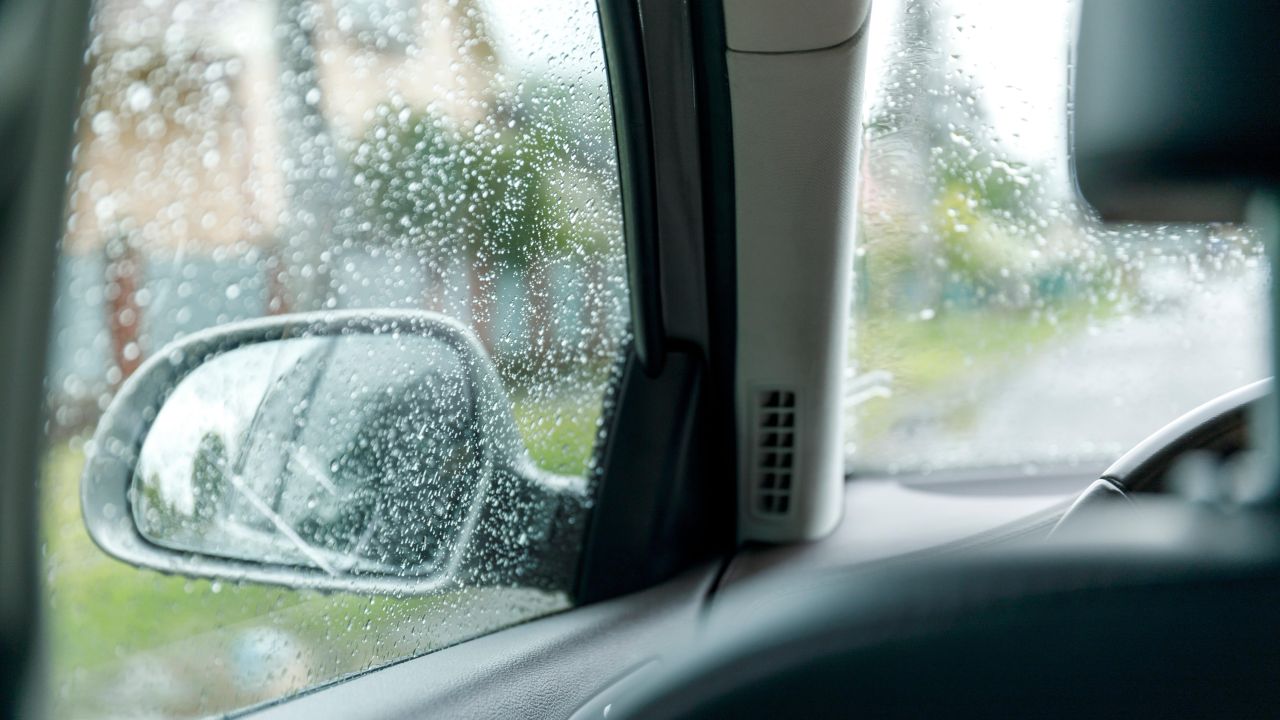 Let’s reverse scenarios: Say you’re the one trapped inside a car. How can you break the window from the inside? Well, urban legend has it that headrests were “designed” for this very purpose. While this legend doesn’t appear to be historically accurate, there’s some truth to its efficacy. The metal rods holding up the headrest are easily detachable and will help you smash a window in a pinch. Just like with breaking into a car, you’ll want to bang the pointed end of that metal rod against the corner of the car window.

To visualise how to do this, I highly recommend watching all the car window-smashing videos from this TikTok account.

If you’re stranded without clean water 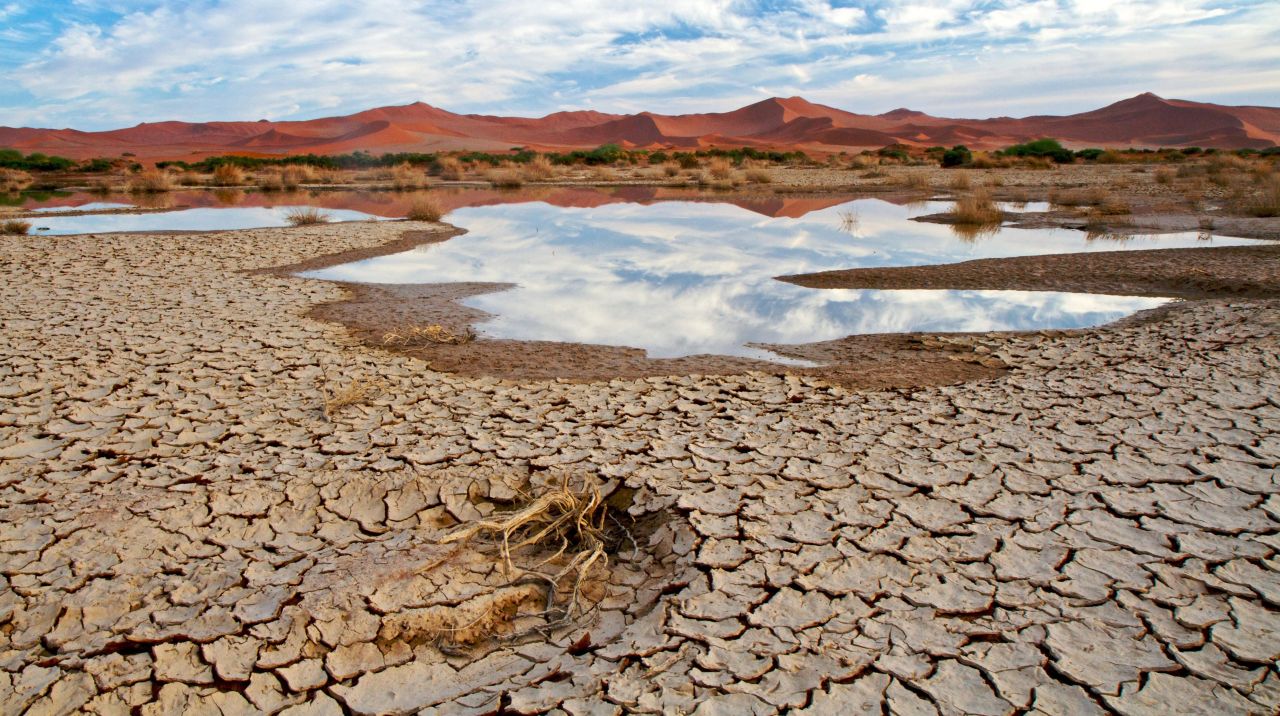 You’re dehydrated in the desert. Your only options are drinking contaminated water, or no water at all. Which do you choose? Between contamination and dehydration, your best bet is to risk drinking the dirty water.

Peter Kummerfeldt, author of Surviving a Wilderness Emergency and founder of outdoorsafe.com, “Doctors can cure giardiasis and cryptosporidiosis, but they can’t cure dead!” In other words: Yes, you’re risking sickness from the bacteria, parasites, and other contaminants from drinking natural freshwater. But with no water, you’ll die from dehydration within days.

If you’re diving in to save a drowning person 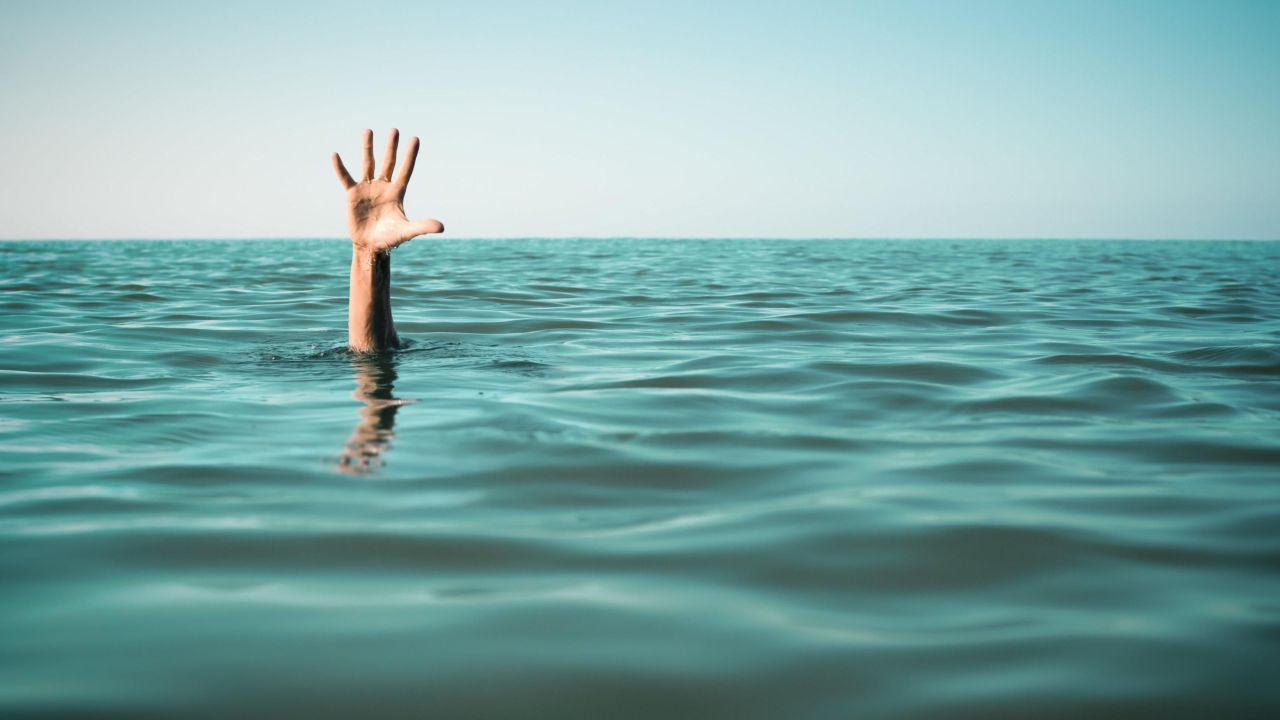 If you’re gonna be a hero, make sure you’re smart about it. Avoid directly reaching for a drowning person, since they could easily drag you down in their panic. Before you dive in, grab some sort of flotation device or intermediary item, like a rope or towel. Use that to try and tow the person in; if they start yanking it, you can let go to protect yourself.

The most important thing to remember in this scenario, however, is how dangerous it is. Even if both of you are strong swimmers, you’re taking a big risk by directly touching someone struggling in the water.

If you smell bitter almonds 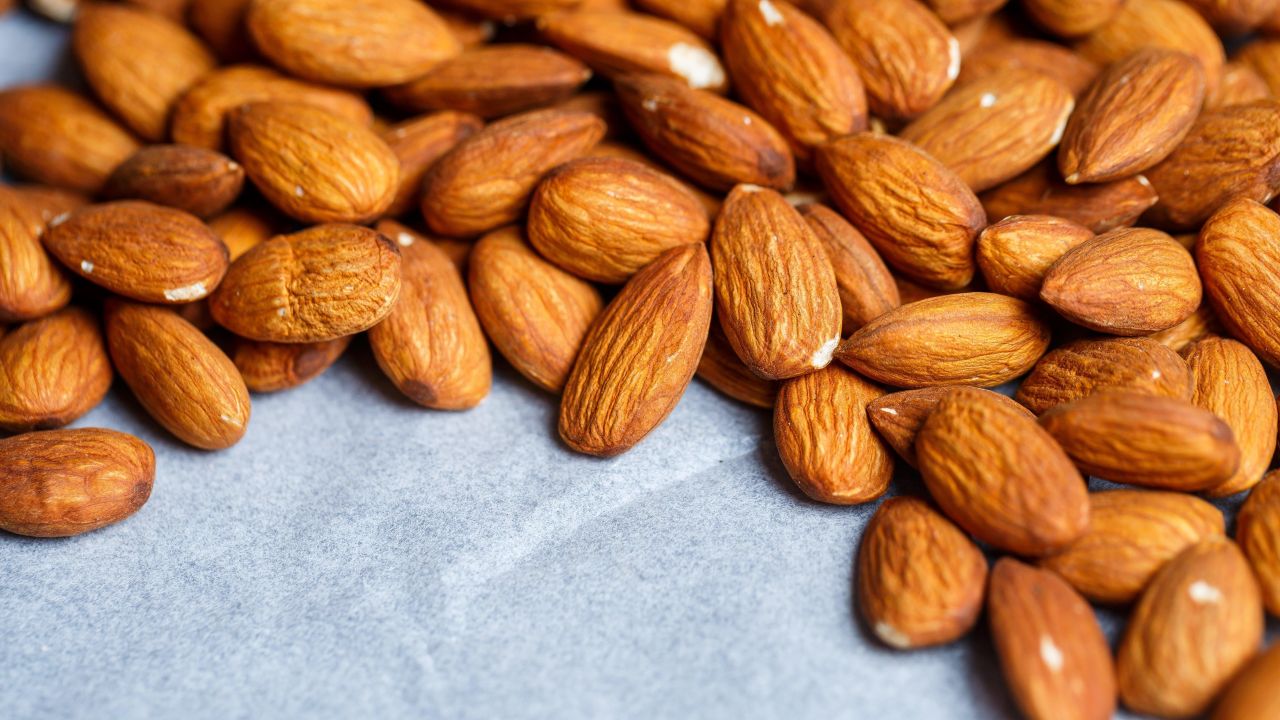 Get out of there. The smell of bitter almonds is a sign of the presence of cyanide, a rapidly acting, potentially deadly chemical that can exist as a colourless gas.

According to the CDC, cyanide gas (which can stem from a number of sources, both natural and man-made) is most dangerous in enclosed places where the gas will be trapped. These are some of the sings and symptoms of cyanide poisoning that could appear within minutes:

So if you smell bitter almonds, make sure you move to fresh air as soon as possible. Caveat: not everyone will be able to detect this scent in the air.

If a bear crosses your path 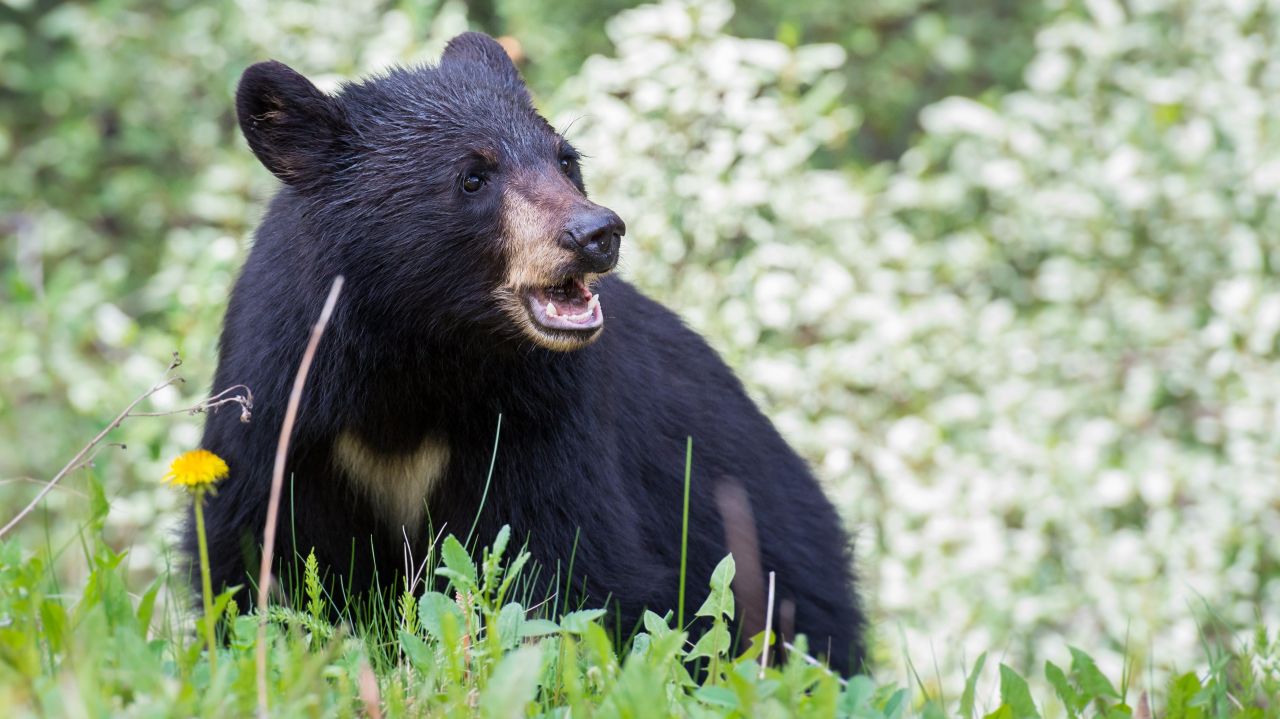 If a bear crosses your path — or, more accurately, if you cross the bear’s path — your best course of action depends on the colour of the bear. Here’s a popular mnemonic device to help you out:

If it’s brown, lay down. If it’s black, fight back. If it’s white…goodnight.

Here’s what that means:

No matter what, never run from a bear. They will chase you, and bears can run faster than 48 km/h.

If you’re taking aspirin for a heart attack 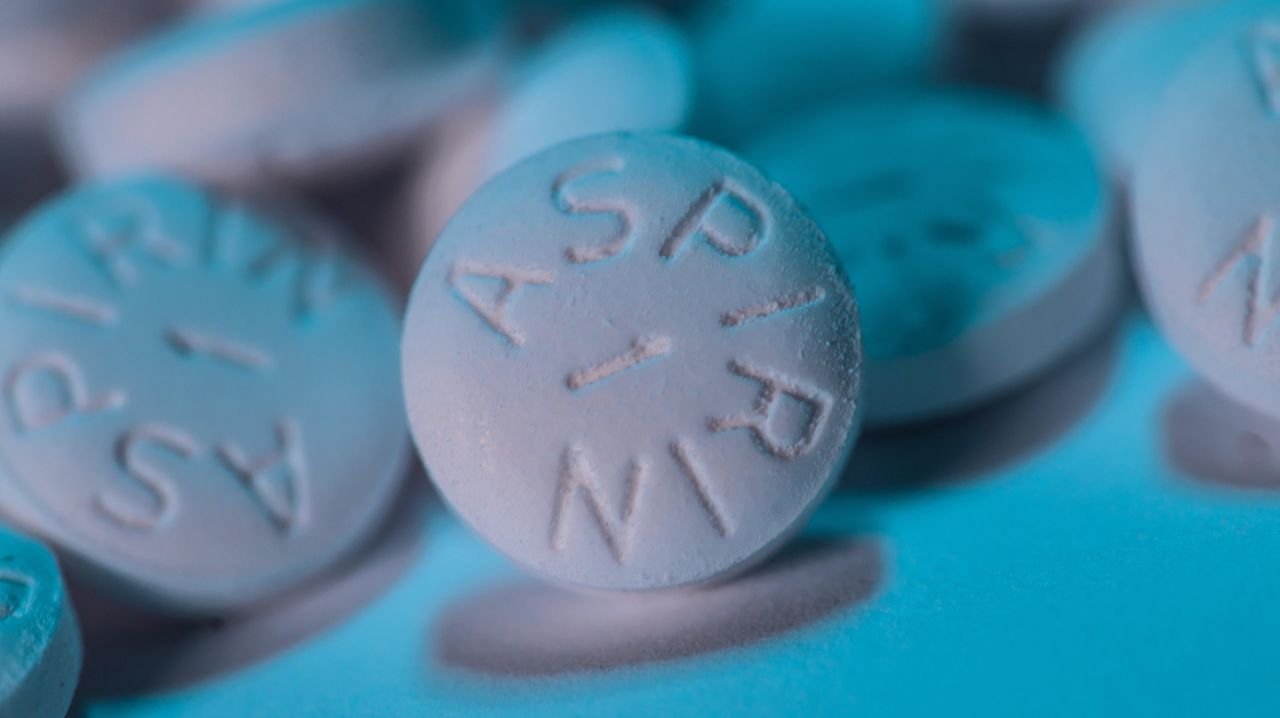 You’ve probably heard that taking aspirin helps in the case of a heart attack. It’s true that if you feel a heart attack coming on, you should take aspirin ASAP (while you also call 911 or get to the hospital ASAP). Time is of the essence, and for best results, make sure you chew — not swallow — the aspirin.

Here’s what to do if you or someone else is having a heart attack.

If your car is stuck on train tracks 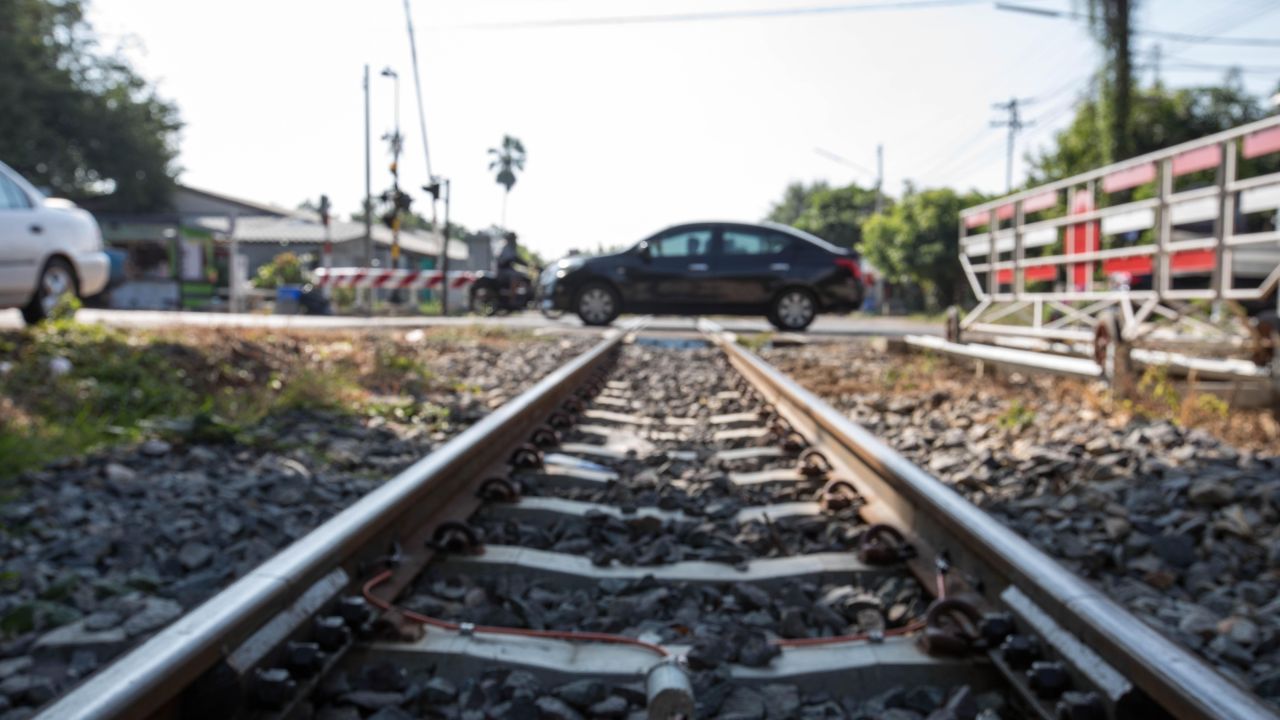 If you’re caught in a stampede 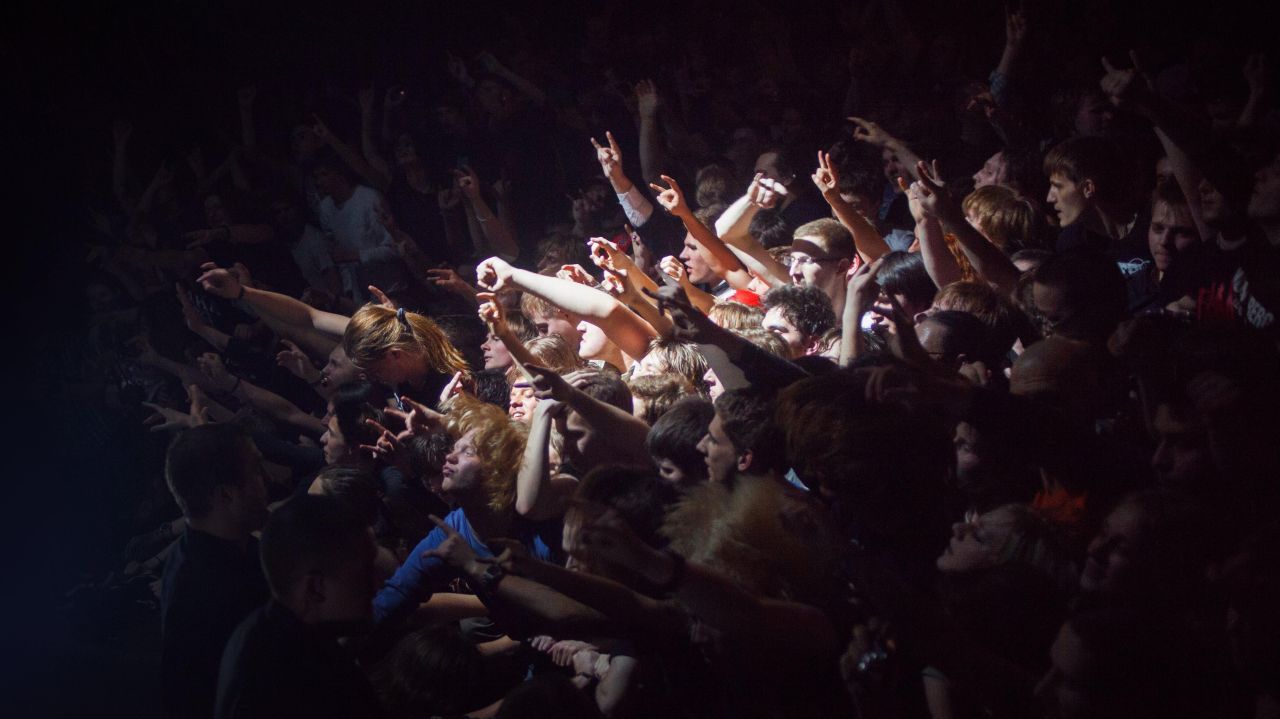 For a crowd crush or stampede, think like a boxer. And no, I don’t mean you should start hitting all the bodies surrounding you; I’m talking about the protective stance your can take to keep yourself safe.

The CDC recommends taking a “boxer-like” approach in large crowd stampedes: Keep your hands to your chest and maintain firm footing. To maintain sufficient space to get oxygen, hold your arms a few inches out from your chest.

Other things to keep in mind: You want to always stay standing and move with the surge of the crowd, or else you could succumb to the deadly pressure coming from all sides.

If your motel room won’t lock 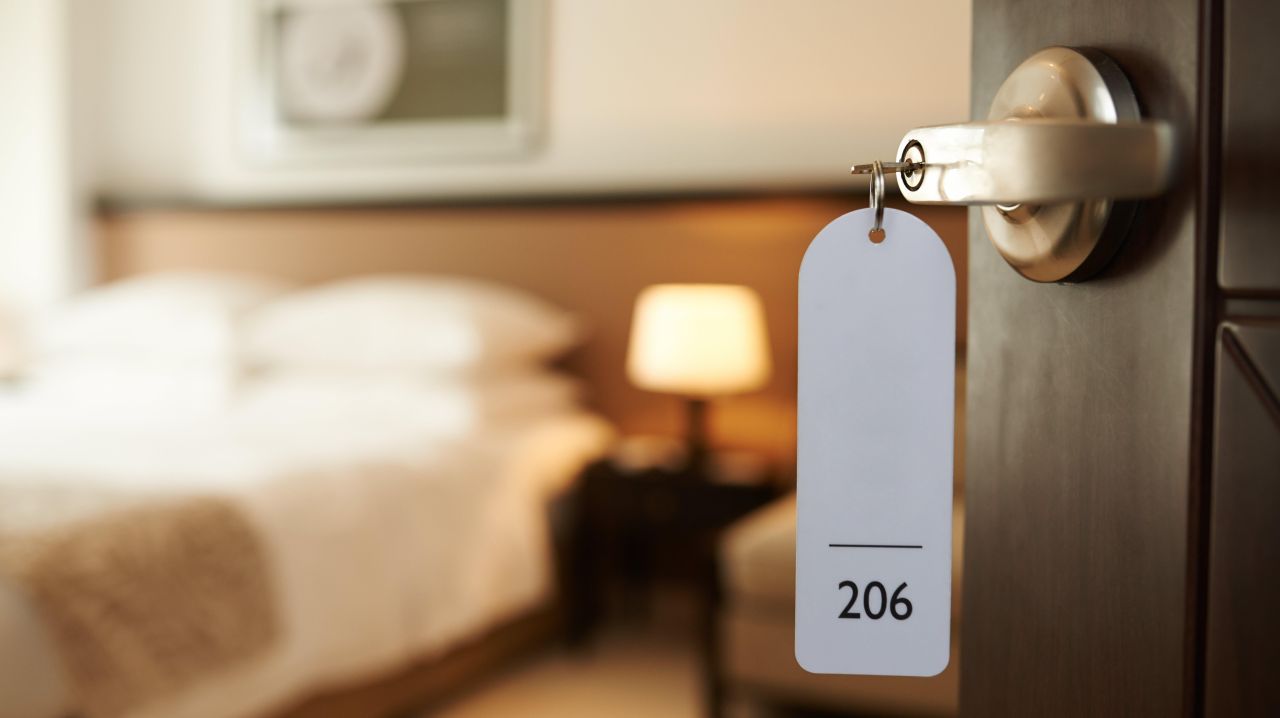 You’ve wound up in a cheap motel room for the night, exhausted from your life on the road. Unfortunately, what you saved in room cost, you sacrificed in security. Maybe the deadbolt on the door is shoddy, or you suspect someone with a master key might try to gain entry to your room during the night.

You can never be too safe. When you need to increase your room security without any special gadgets (like a travel door stop), you can be resourceful with items found in any motel room:

If you want to create a DIY alarm system, try balancing a glass cup on the door handle, so that you can hear it fall if someone is trying to open your door during the night. 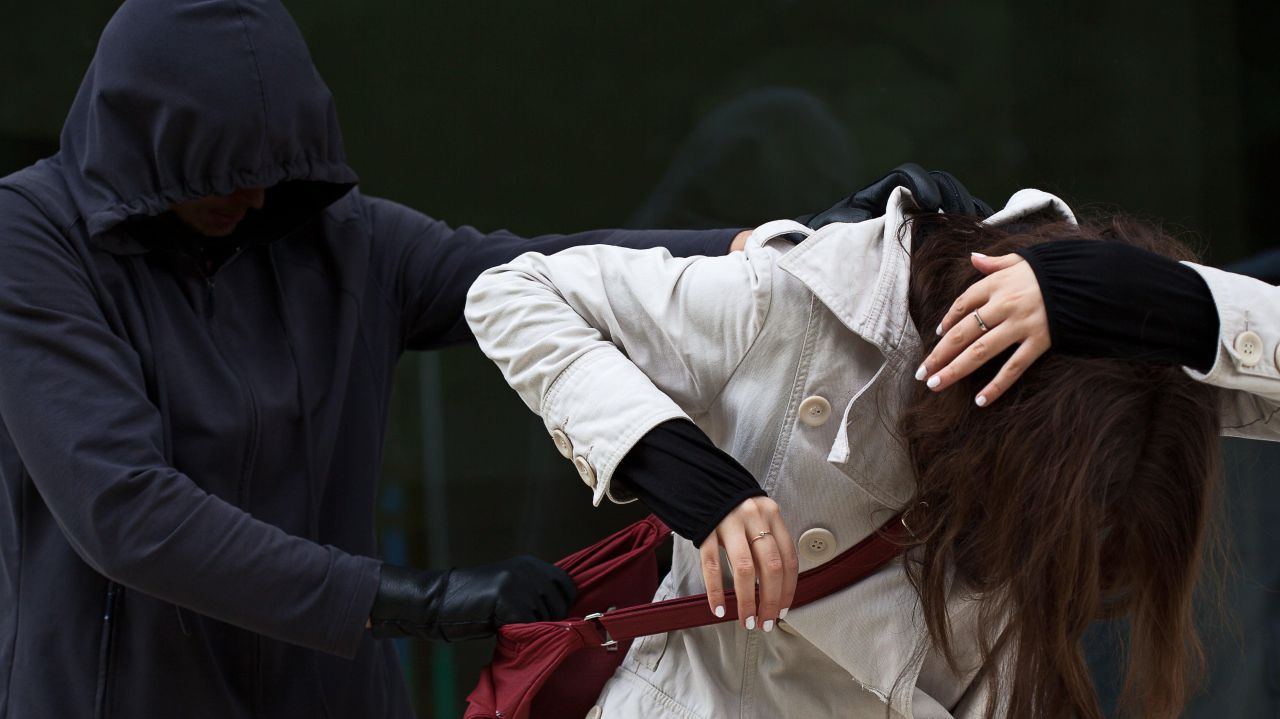 This hack is simple, yet crucial: If you’re crying for help, be as specific as possible. A vague “help!” is less likely to illicit a swift response compared to “Hey, you, in the blue jacket, I’m getting robbed!”

Similarly, if you see a stranger who needs help, don’t succumb to the bystander effect. If someone needs to call 911, don’t just say “someone call 911!” Lock eyes with an individual and assign them the task of calling 911.

In every situation: Don’t panic 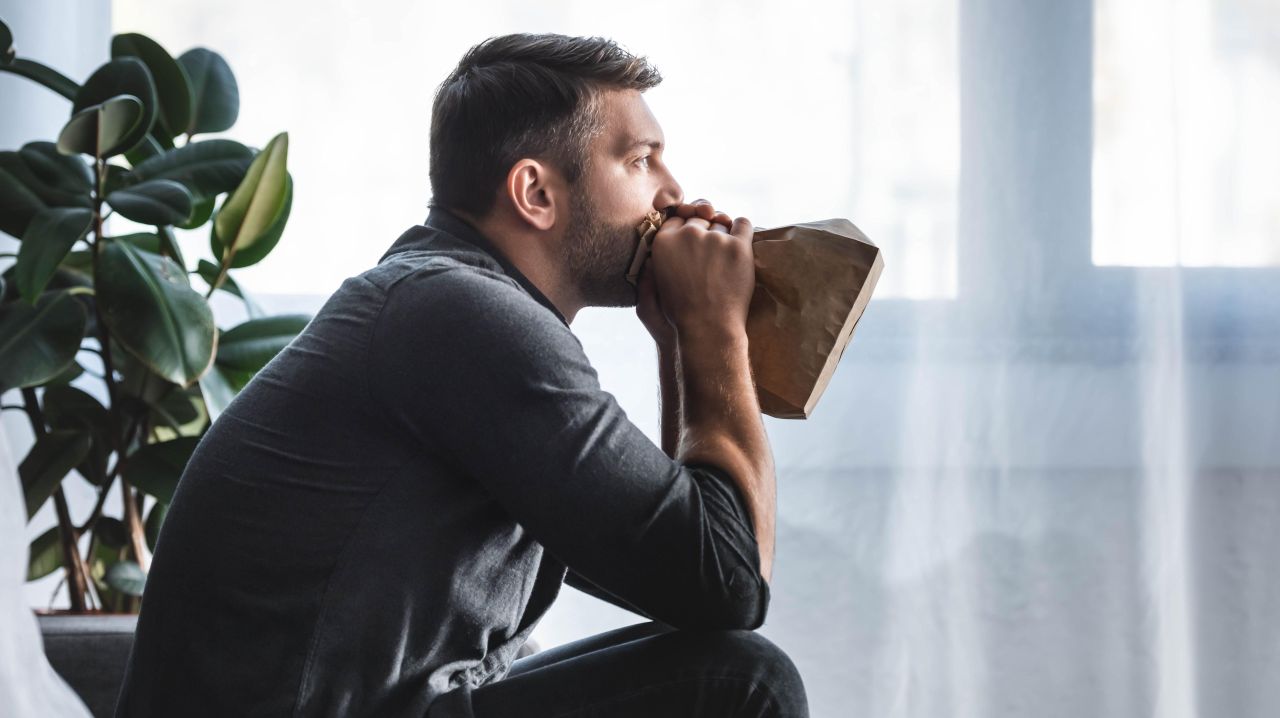 OK, this one actually isn’t that specific. Fear is the natural emotional response to all the situations outlined in this post. And panic is the enemy of rational decision making. Unfortunately, the guidance of “don’t panic” is much easier said than done.

To stay calm in an emergency, focus on your breathing. Inhale, count to three, and exhale slowly while you count to three again. Keeping calm can be the difference between survival and a deadly mistake. One of the best ways to avoid panic is by being prepared for different kinds of emergencies.