How to Stream Region-Locked British TV Shows From Outside the U.K.

By now we all know VPNs can be used to watch region-locked content on international streaming services like Netflix and Hulu, but what about region-specific services like the BBC? Anyone in the U.K. with a TV licence can stream BBC content like Killing Eve or Peaky Blinders for free on a variety of devices through the iPlayer app, but users outside the U.K. are locked out. Well, jolly good news: Using a VPN, you can sneak past the BBC iPlayer’s location tracker and watch programming that would normally require you to be across the pond.

This might seem illegal, but you’re not technically breaking any laws. Morally questionable? Maybe. But as long as VPNs are legal in your country (as they are in the United States), then you’re fine. Here’s how to pull it off.

Obviously, the most important steps is to find a VPN. We strongly recommend against “free” VPNs, which are notorious for pushing adware, malware, and other scams. Paid VPNs are more reliable, and they cost just a few dollars per month. They’re also easy to set up and use. While I prefer VPNs with a record of transparency and security-forward features like Mullvad VPN, the truth is most mainstream paid VPN services are safe and secure enough, especially when you’re only using them to watch region-blocked content on services like BBC iPlayer, or even Netflix. I’ve previously used Surf Shark to circumvent region locks, but other popular picks like NordVPN also work.

Make sure your VPN supports all the devices you plan to stream BBC content on. Almost all well-known VPNs work on Windows and Mac PCs, and many work on smartphones, but the BBC iPlayer app is also available on devices like the Fire TV, Roku, and Apple TV. If you want to watch through one of these set-top devices, you’ll need a VPN that works on your router, too, rather than just on the streaming device itself. Most paid VPN services offer this feature, but you’ll need to set up your home router to connect to the VPN’s servers. The process involved will vary based on which VPN you use, but you should be able to configure your settings through the VPN’s desktop app.

From there, the next steps are similar to those we laid out in our guide to watching region-locked content in general, but with a distinct BBC flavour — or “flavour.” 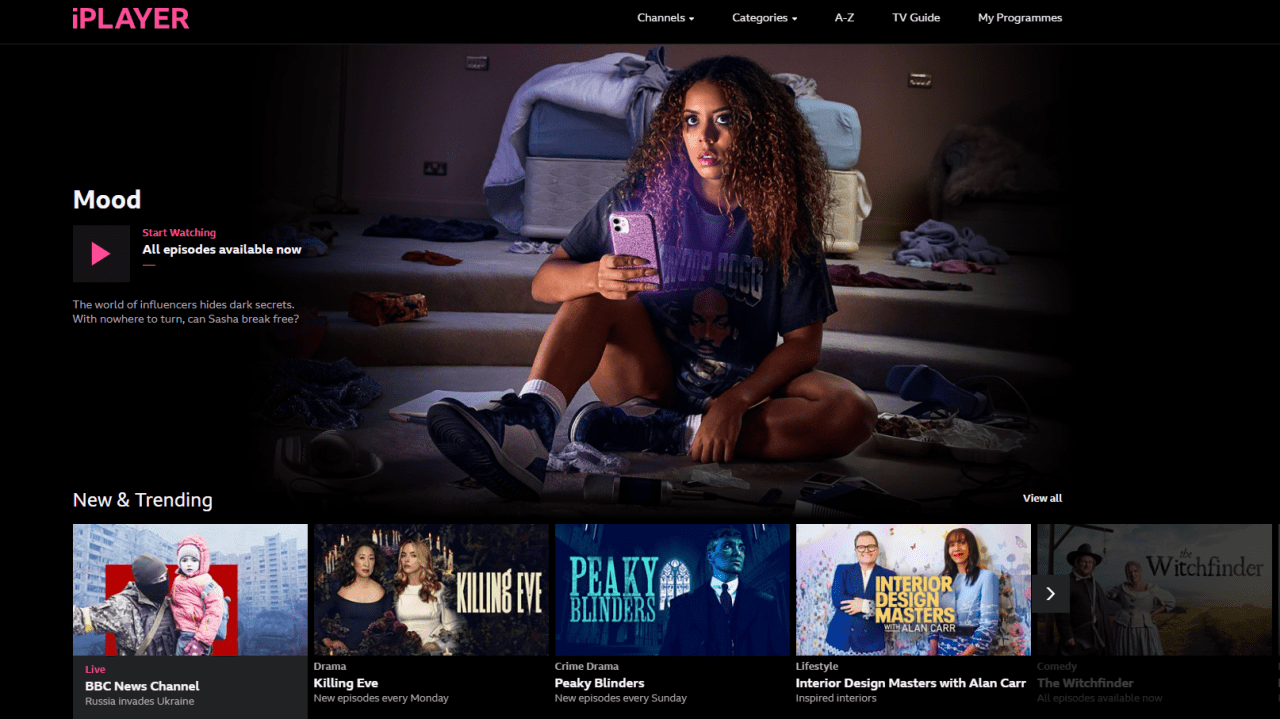 First, create a new BBC account if you don’t have one. The simplest way to sign up is through the official BBC iPlayer webpage. Don’t worry if you don’t live in the U.K.; you can still create an account.

That’s all there is to it — now you can watch BBC content online even if you don’t live in the U.K. And if you haven’t gotten you fix just yet, this process will also work for other U.K.-based channels like Channel 4’s 4All app, and ITV’s ITV Hub.