Running a restaurant requires a lot of hard work — hard work that’s only gotten harder in recent years with rising labour costs, supply chain difficulties, and the impact of a little thing known as the global pandemic, aka the Era of Staying Home and Learning How to Make Your Own Bread and Fancy Meals. And all of this is in service of one of the lowest profit margins in business, which sits at about 6% in a good year.

It’s little wonder that restaurants resort to some trickery in order to goose up those margins as much as possible. The patron’s enjoyment of their experience is paramount, so most restaurants work hard to keep their tricks hidden and subliminal, but that doesn’t mean those tricks aren’t effective. You might think it’s impossible to bamboozle you into spending more than you need to when you go out on date night, but you are wrong: You have been bamboozled, and you will continue to be bamboozled.

Don’t believe it? Go through this list of all the ways restaurants try to incept you into spending more and we bet you spot at least one you’ve fallen for.

Restaurants let you linger at the bar 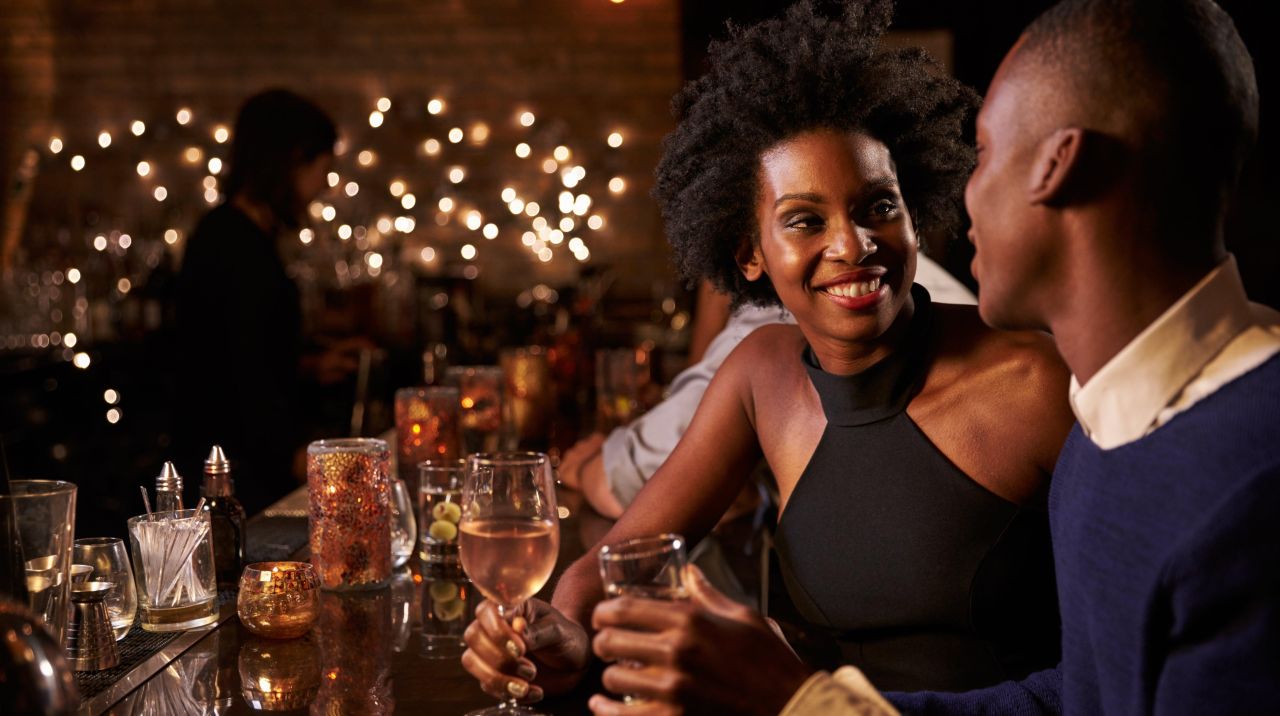 The simplest trick in the world hits you the moment you walk into your favourite eatery. Aw, is your table not quite ready? Have you been invited to have a drink at the bar while you wait? Guess what: Those drinks are padding your overall bill, and having one or two glasses of wine or cocktails on an empty stomach will often prompt you to eat more and be more expansive with your dinner budget. We’re not saying the restaurant is trying to get you drunk, but … the restaurant is trying to get you drunk. 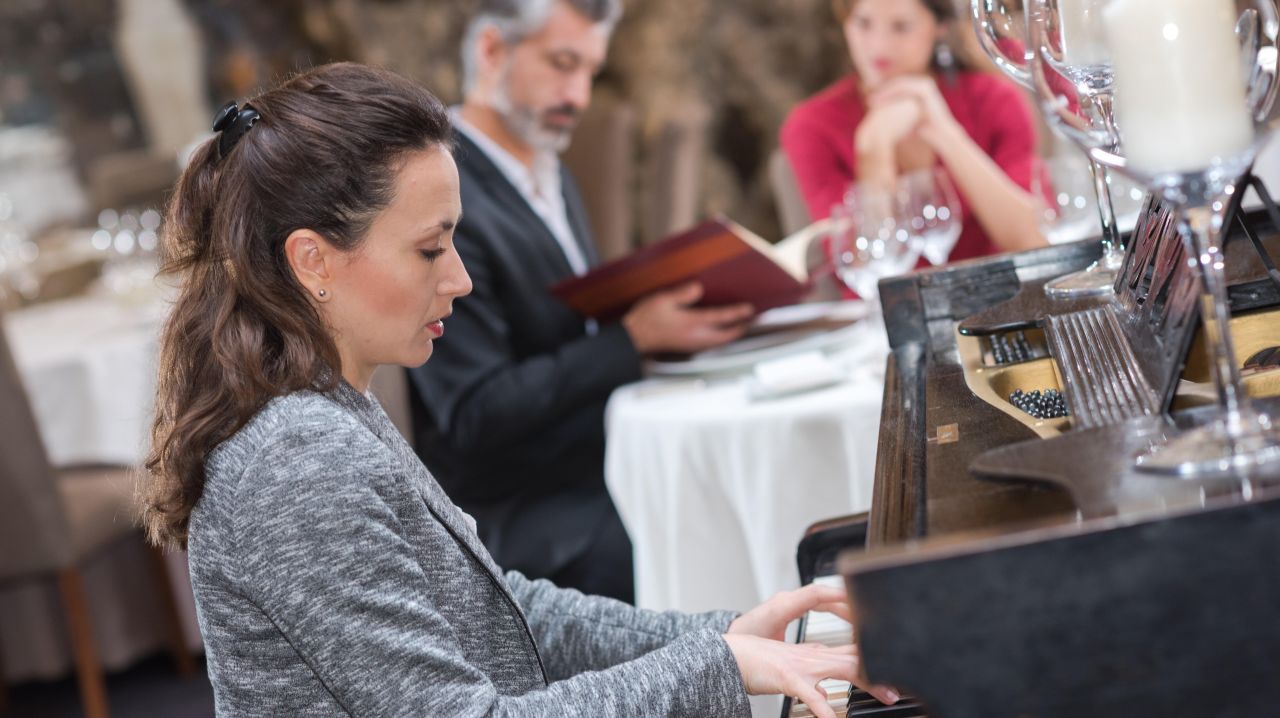 Something you’re not even aware of may be influencing your financial decisions at the restaurant table: The music being played. A busy lunch spot will usually play fast, uptempo music because studies have shown that it encourages people to eat faster and move on, facilitating table turnover. On the other hand, research shows that classical music makes people feel fancy, which makes them spend more and linger longer, ordering more, which you should keep in mind the next time you’re sitting down for a deluxe dinner.

The server rushes you to get a cocktail 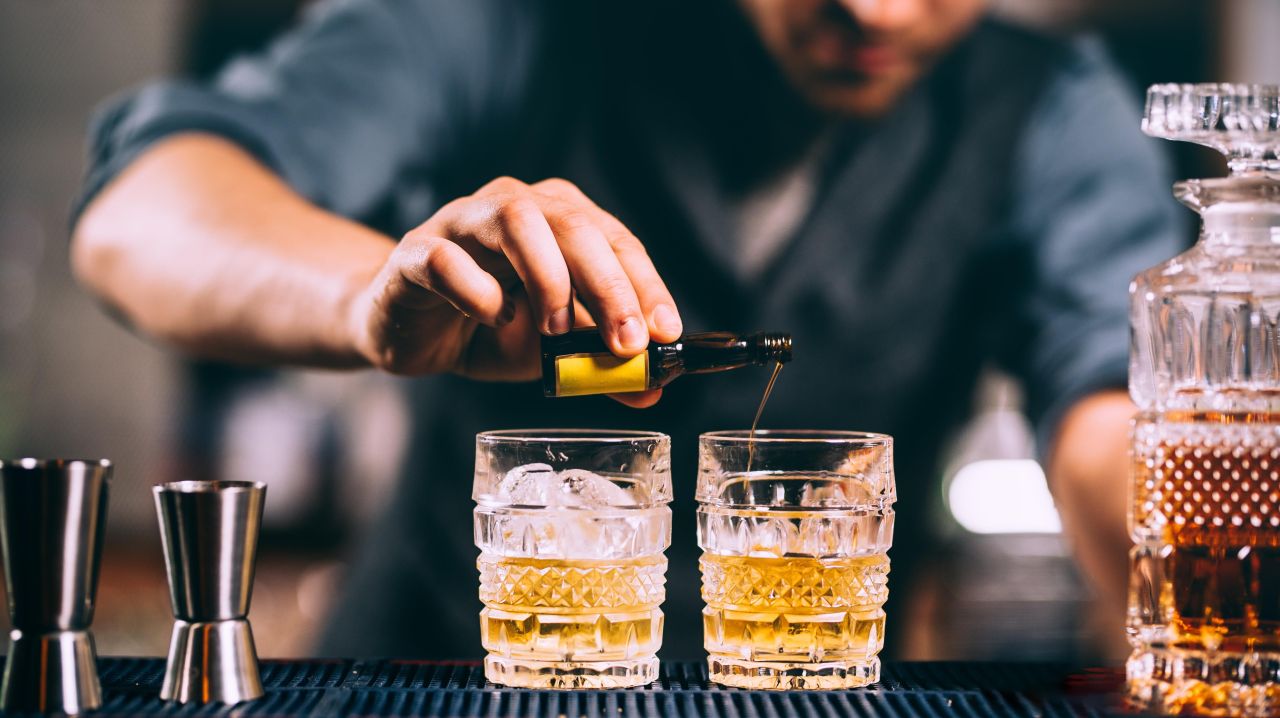 Ever sit down at your table and immediately, a server is there asking if you want a drink or an appetizer? On the one hand, that signals good service — people get irritated if they’re left alone for too long. On the other hand, rushing you to order before you’ve even seen the menu forces you to make decisions in a vacuum with little to no cost information, which can lead to accidentally ordering cocktails or apps that will hit your wallet harder than you think.

The restaurant specials are shrouded in mystery 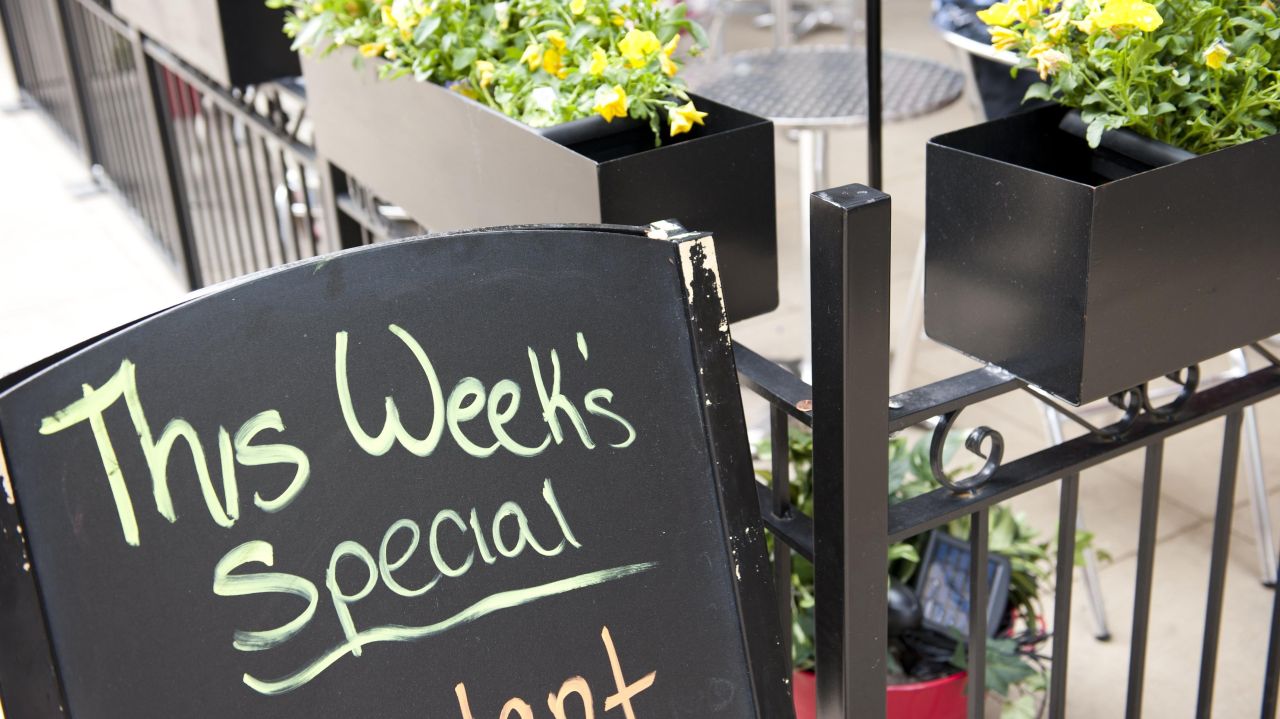 When your server announces the specials, they’re usually pretty detailed, using flowery language and tempting adjectives. Yet there is almost always one thing missing: Price. Specials are usually announced with no pricing at all, because they’re, you know, special. Sure, you can ask, but that makes you sound like a penny-pincher in front of your dining companions. You know that if you order the special blind you’re going to get socked when the bill comes, but the description was so tasty…

There are no dollar signs on the menu 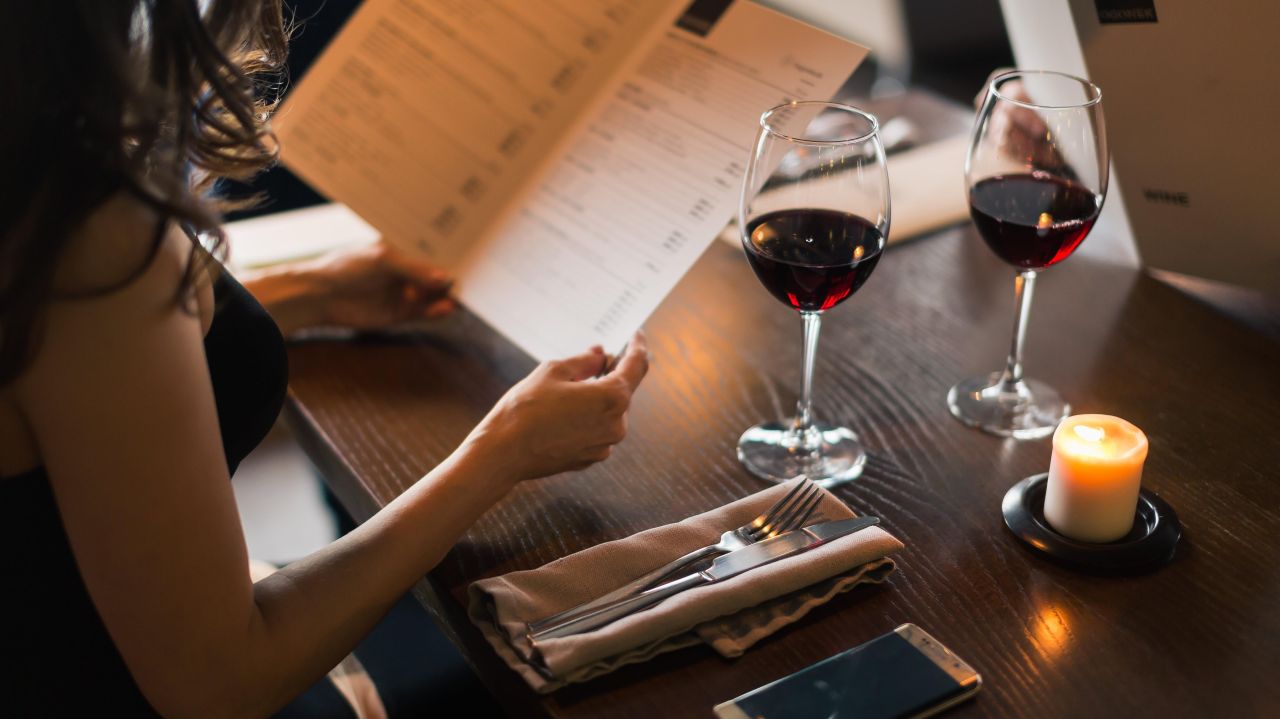 This seems dumb at first blush — but there’s real, actual psychology behind it. In short, many restaurant menus omit the dollar sign when listing prices. It’s simple, but effective. People spend more if dollar signs are left off the menu, leaving just numbers. The theory is that removing the dollar sign disassociates the number from money, so thanks to your lizard brain, you don’t feel like you’re spending more — it’s just a big, meaningless number.

The prices use the 99¢ trick 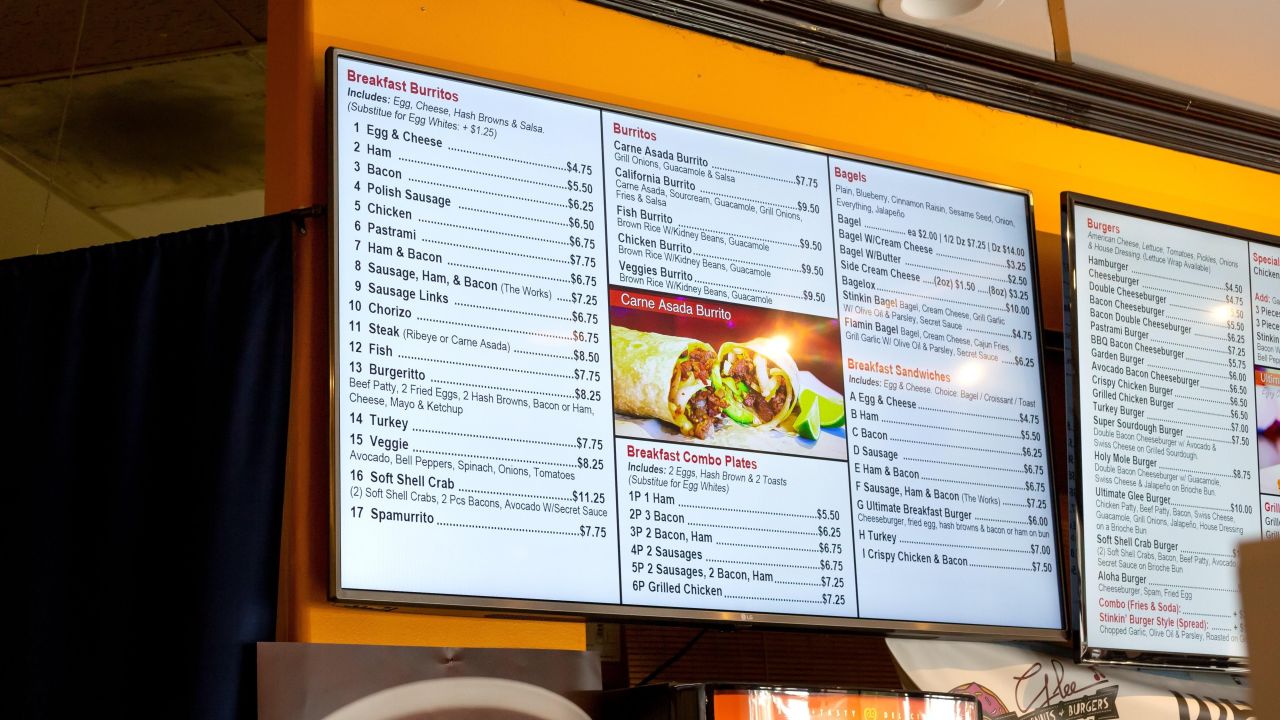 This trick is used in a wide range of industries because despite its dumbness it works gangbusters. Instead of telling you those potato skin apps are $14, the menu will list them at $13.99, or $13.75, or something similar. Being just a hair below that round number is visually impactful, making it seem like that penny is worth a lot more than it actually is. What’s amazing is that this trick works at any level — fire up Redfin and see how many houses are priced with a “99” at the end.

The menu design is deliberate 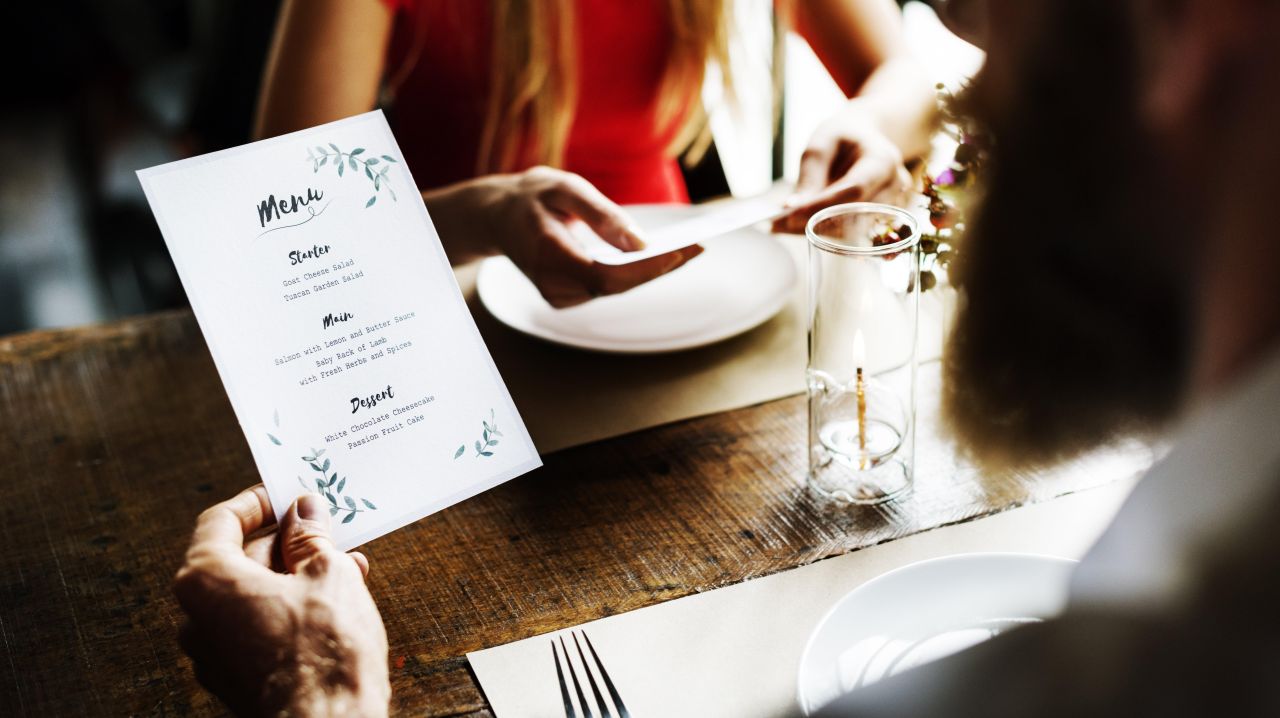 The menu you’re handed when you sit down at a restaurant is chock full of psychological tricks. In fact, there’s an entire design discipline known as Menu Engineering that comes up with ways to gently guide you to the most profitable items on offer. Techniques include using boxes and borders to make specific dishes stand out, using difficult-to-read fonts to obscure prices, and arranging high-margin stuff in what’s known as The Golden Triangle at the top of the menu. It’s all designed to draw your eye where they want it to go.

The menu features a high-priced “anchor” 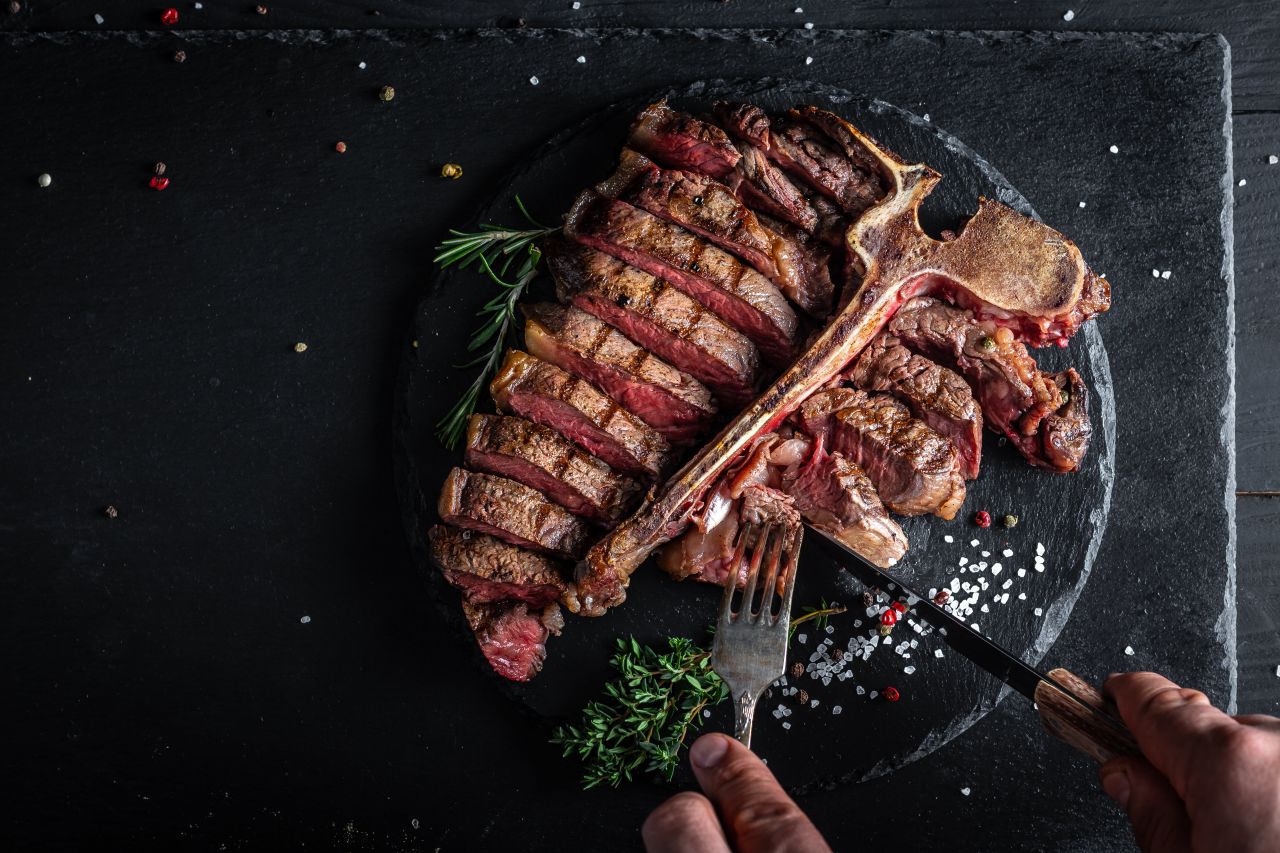 Menu design isn’t all about layout and fonts. There are items on the menu that are there not so much to be sold but to affect how you perceive everything else. The big one is known as the “anchor,” a big-ticket, hugely expensive item like a “captain’s feast” on a seafood menu. The sheer size and price of the anchor makes everything else look more reasonable. The restaurant doesn’t expect to sell a lot of anchors, but they know the listing will drive up sales of the next-most-expensive items. 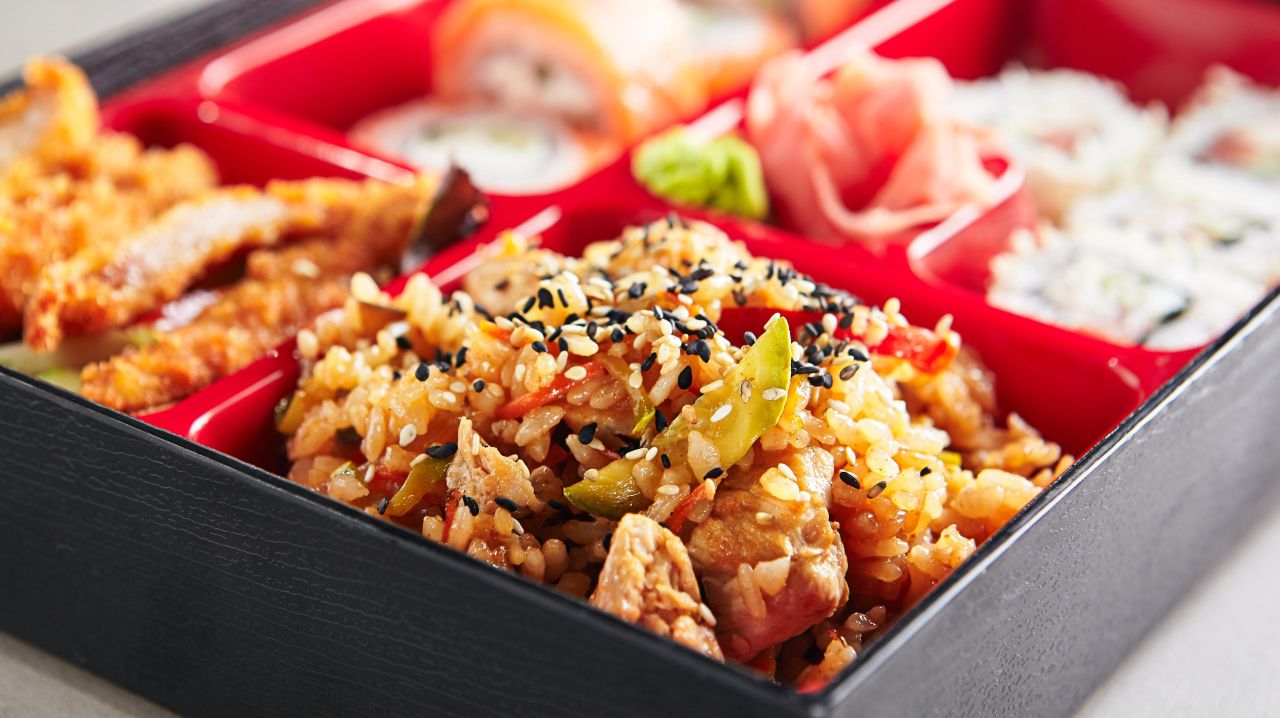 Everyone loves a combo meal, which includes sides and extras for a small additional price. But even high-end restaurants employ this trick, offering things like wine flights or special deals on side dishes. The trick is that folding in the cost of the “extras” obscures their true cost, inspiring you to potentially spend more than you would have if they’d been listed separately. 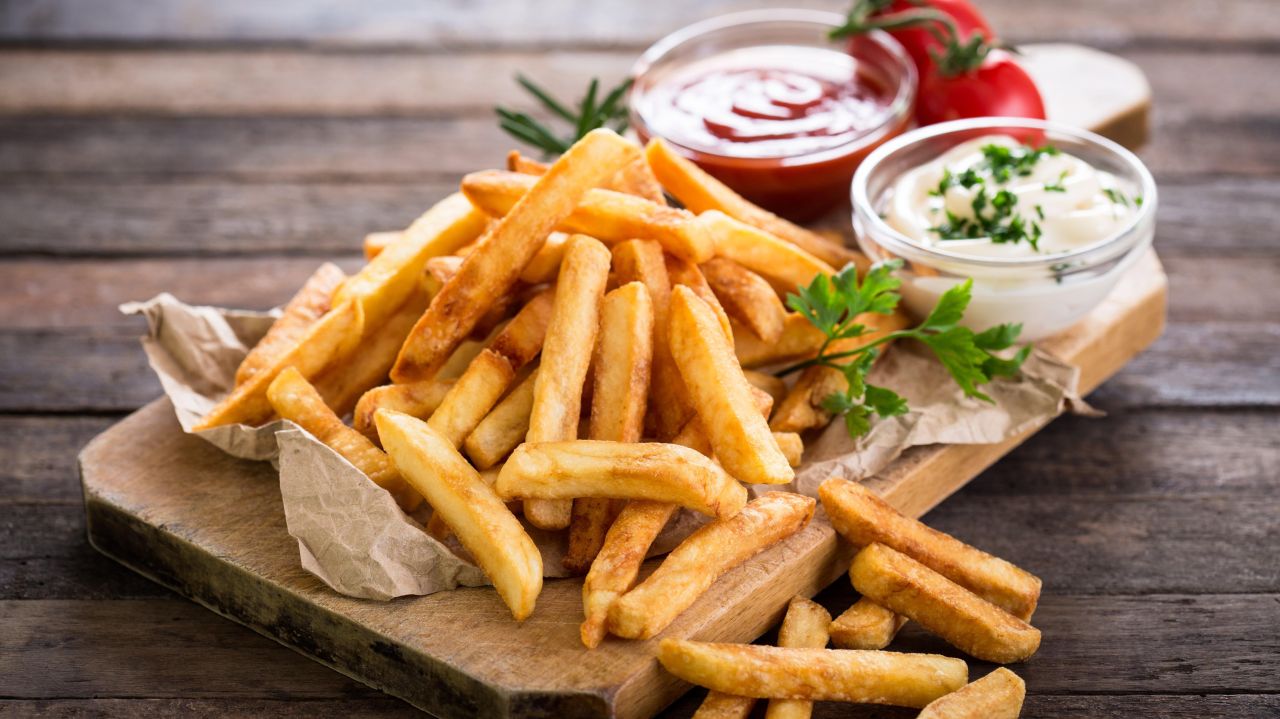 It turns out side-dish trickery can go both ways. The inverse of bundling extras with your meal is to offer zero included side dishes. This is very common in steakhouses, where side dishes tend to be extremely expensive, but no one wants to see a steak sitting by itself on a plate, looking lonely. Shared side dishes compound the impact of this one, as people tend to order more out of a fear of scarcity. If your friend has a habit of absolutely destroying a plate of onion rings, you will probably order an extra one to be safe.

Your appetizers come in odd-numbered portions 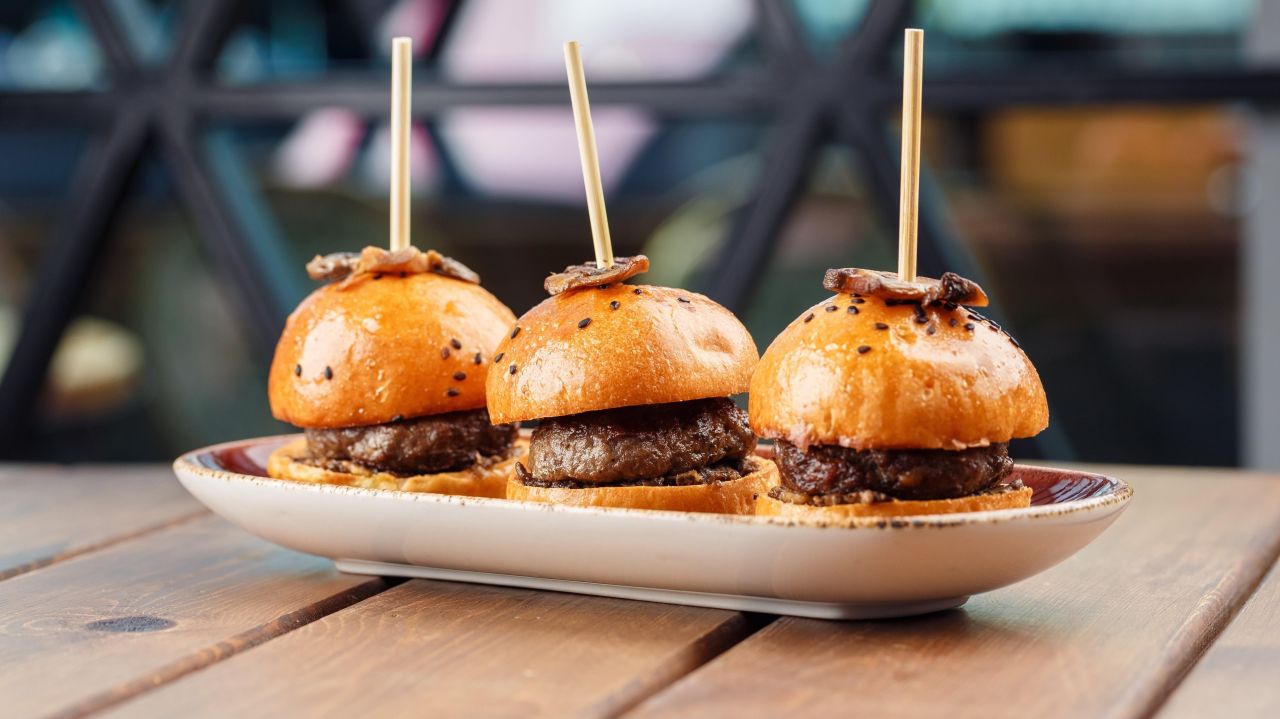 Have you ever gone out with couple friends and ordered an appetizer that comes with just three things? There is nothing sadder than sharing three potstickers between four people and restaurants know this, so their apps often come in odd-numbered arrangements so you have to order two to avoid winding up in the parking lot in a fistfight over loaded potato skins. 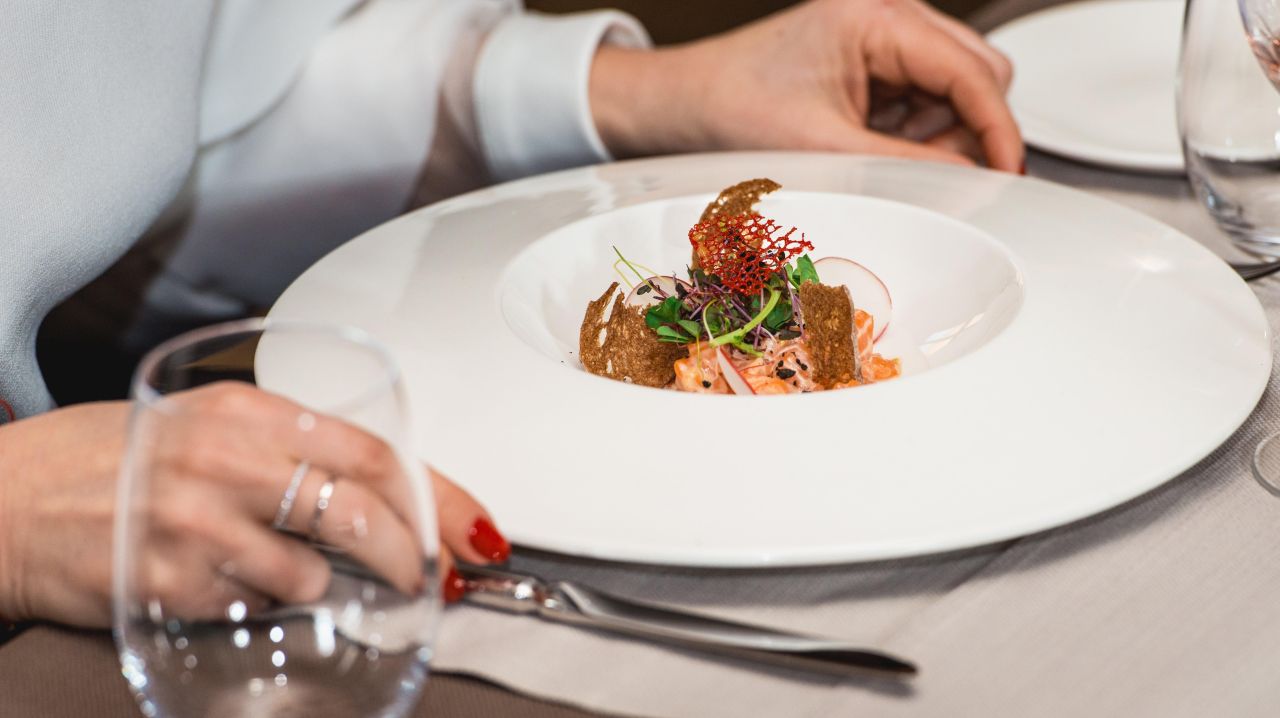 Shrinkage is not in your head: Restaurants absolutely monkey with portion sizes. But they’re super clever about it, because they’ll shrink the plates you eat off of in order to keep the smaller portion looking big. The size difference is subtle — can you tell the difference between an 11-inch plate and a 12-inch plate? Didn’t think so. End result: You’re paying the same price as last time, but you’re getting less food. The silver lining is you suddenly have plenty of room on your small table.

The menu’s size descriptions are meaningless 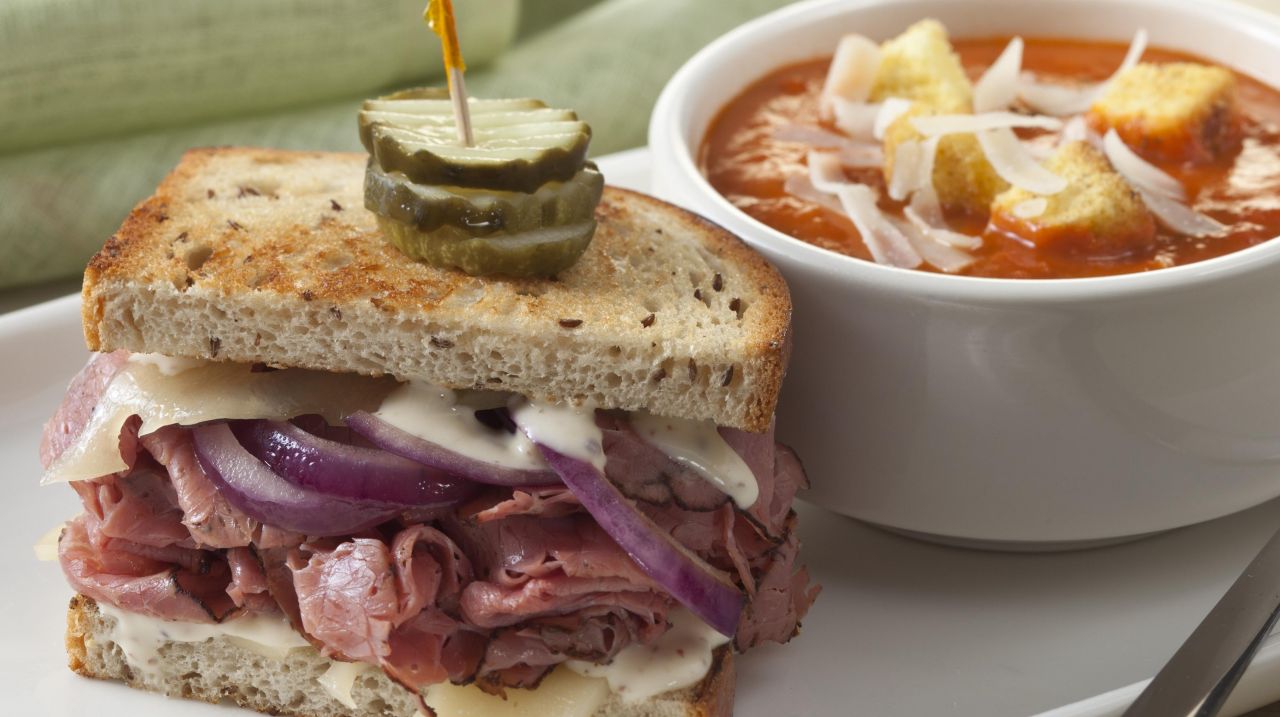 Like Paul Rudd at Starbucks, we’re all often mystified by the portion sizes at restaurants. What is a “half sandwich”? Half of what? Without knowing what a full-size sandwich is, describing something as “half” is meaningless. This is known as “bracketing” and it makes people looking to save some cash feel like they’re getting a bargain while folks who order the full-size feel like they’re getting a lot of bang for their buck. But the real trick is that half-size portions are typically marked up heavily, so you’re not getting much of a bargain after all. 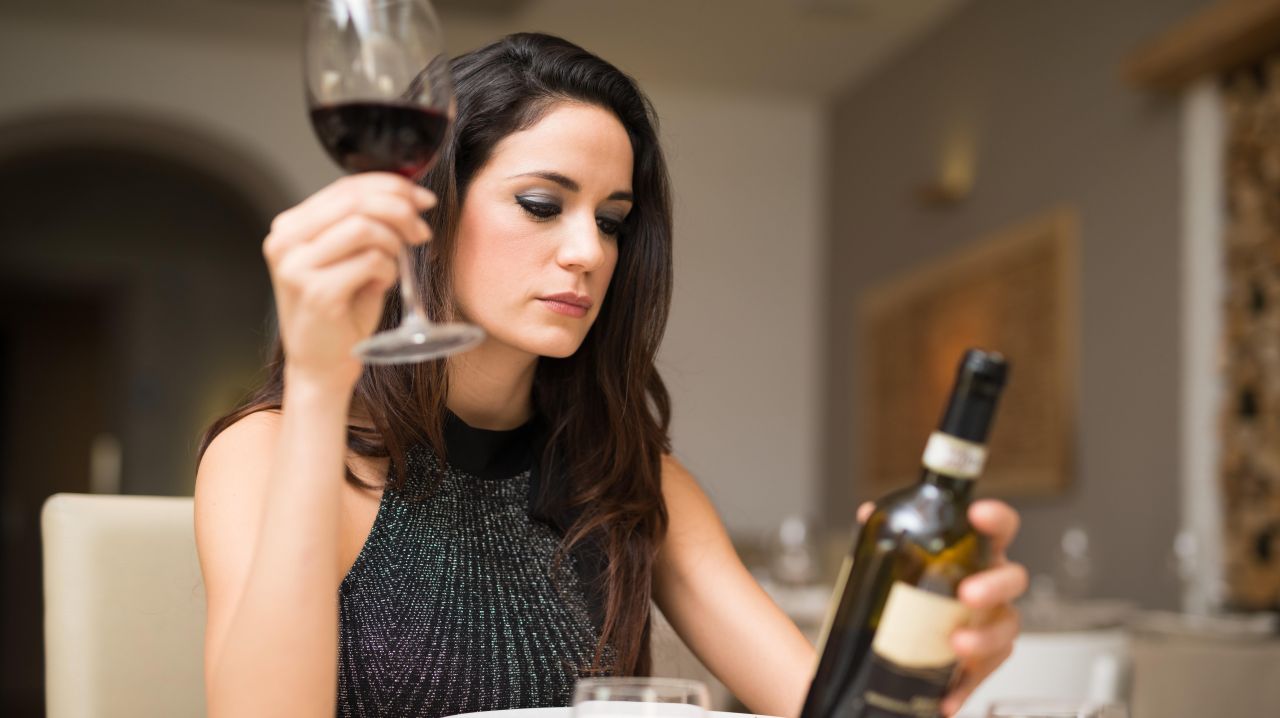 It’s surprisingly well-known that the second-cheapest wine on a restaurant’s menu is wildly marked up. The psychology is simple: No one wants to order the cheapest wine and be branded a wine ignoramus and a skinflint at the same time. Edging up to the next-cheapest wine makes you look a little less like a cheap bastard. Restaurants know this, so that next bottle up tends to get a massive mark up. 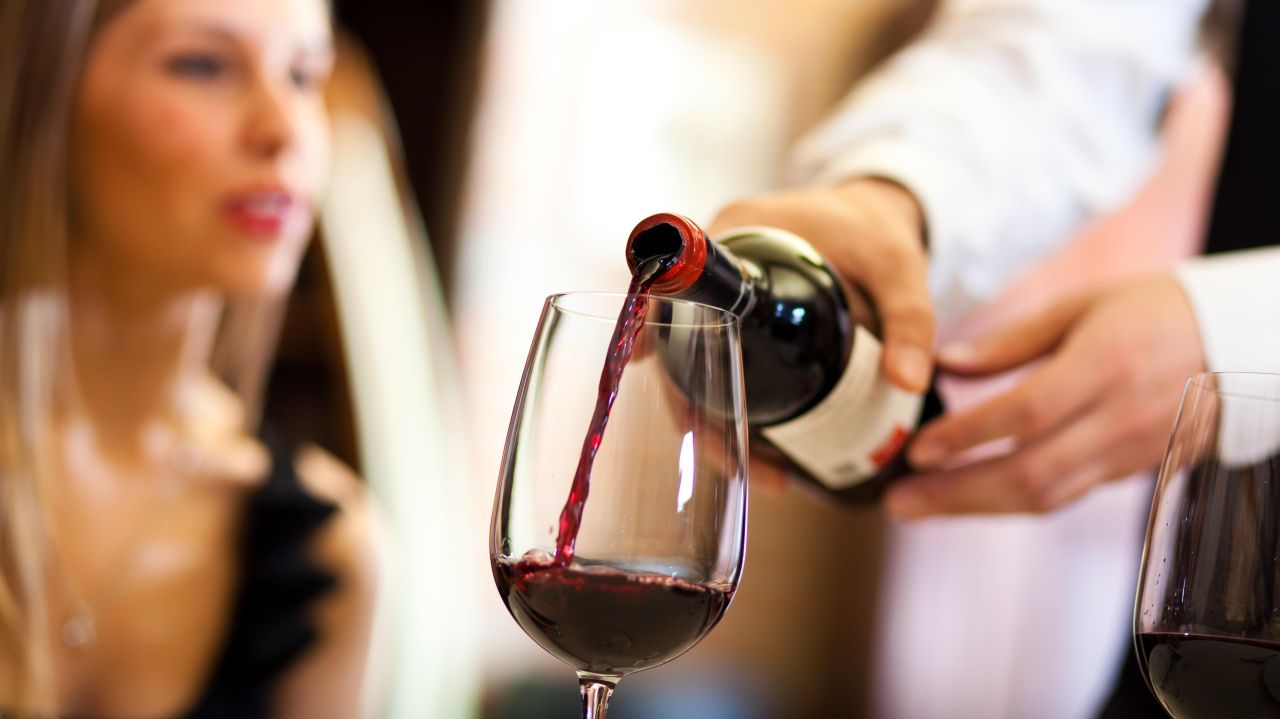 Everyone loves it when a server comes by their table to refill their wine glasses and check on everything. That’s good service! But there’s a sinister side hustle going on here: Keeping everyone’s wine glasses full simply drains your table’s wine bottle faster. If you’re still nibbling appetizers and the server has just poured the last of the pinot, chances are very, very good that you will order a second bottle — and maybe a third, if they keep pouring.

The dessert menu appears out of nowhere 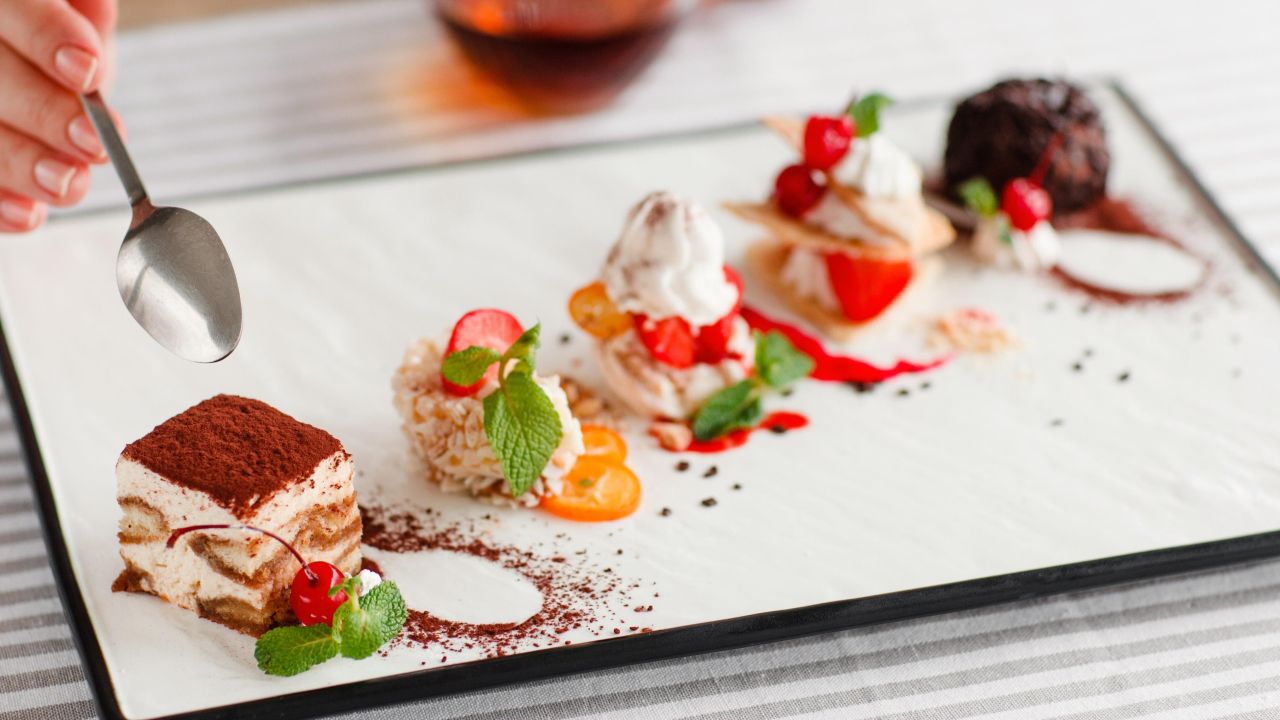 At the end of dinner, it’s certainly understandable that restaurants are eager to sell you an overpriced dessert. But when we’re asked if we want to see a dessert menu, we’re more likely to beg off because we’re full. Many restaurants will simply drop dessert menus on the table without asking, because once they’re on the table it’s so easy to glance at them out of curiosity and talk yourself into the mammoth Ziggy Piggy.