14 Ways to Achieve Immortality That Will Totally Work, I Swear

Ocean quahogs can live to be over 500 years old. These clammy arseholes spend centuries doing nothing but burrowing into the ocean floor and filtering algae out of sea water. People, on the other hand, only get like 78 years before we die! This is not fair.

Personally, I live actively in defiance of death, and I will one day become immortal or die trying. I’m not talking about living on through the legacy of my good works or in the smiles of my children or any of that claptrap. I will only accept full-on, never-die immortality.

These are the 14 methods and theories I will be using to never die. They run the gamut from almost-backed-by-science ideas, to things that actually will extend your life somewhat, to the absurd but theoretically possible.

Cryonics: Freezing yourself to life 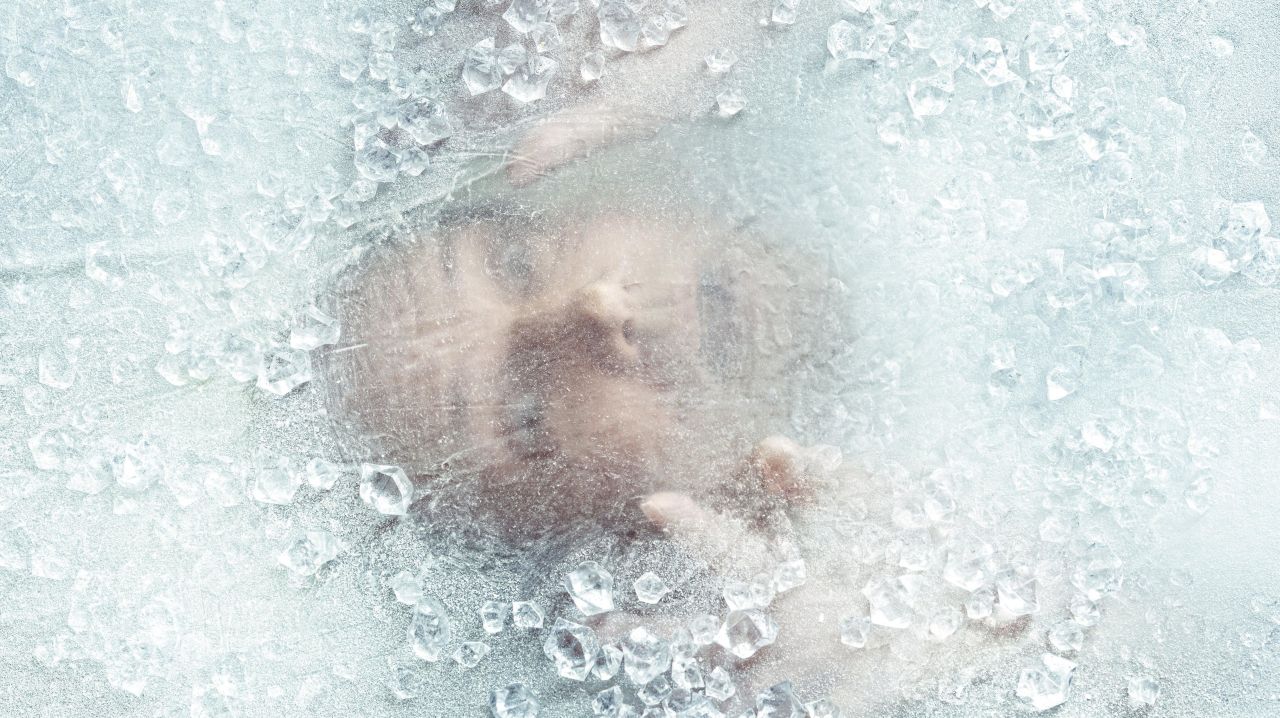 Cryonics — freezing your body just after death in the hopes that in the future, someone will be able to thaw you out and bring you back to life — has been practiced since 1967, when TV repairman Bob Nelson and physician Dr. Dante Brunol packed James Bedford into a liquid nitrogen tank right after he died. Nelson’s vacuum flask (a “dewar” in cryonics-speak) has been moved a few times, but Nelson is still in there ( at least in a physical sense; whether he’s “in there” in terms of his consciousness is anyone’s guess). Since then, around 250 corpses have been frozen in the United States (but not Walt Disney’s, contrary to extremely enduring and amusing rumour).

There’s serious doubt as to whether cryonics could actually work for both scientific reasons and practical ones: There’s only an estimated one-in-a-thousand chance that a corporation will last over 100 years, let alone long enough for the scientific advances necessary to bring frozen dead people back to life. There have already been unintentional thaw-outs, and it’s not pretty.

Bore yourself to eternal life 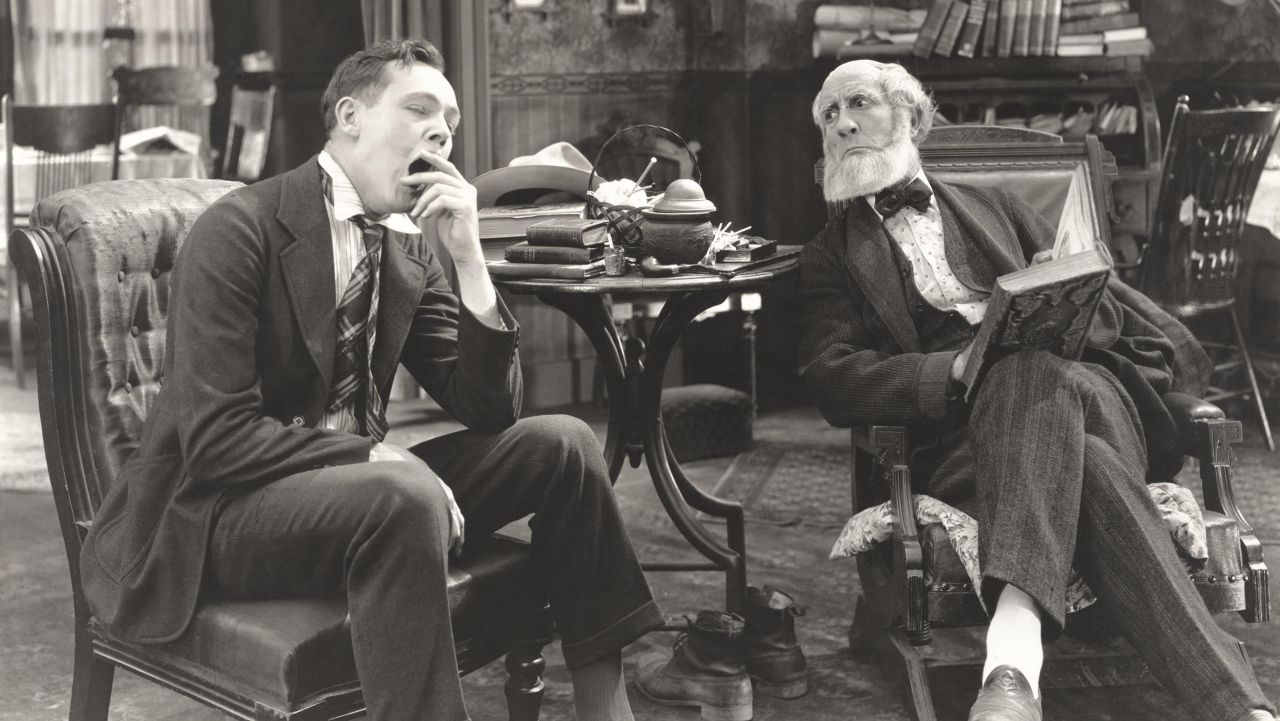 In James Heller’s novel Catch-22, the hero Yossarian’s friend Dunbar attempts to prolong his life by making it as dull as possible, so time will seem to slow down. Perhaps this accounts for the extended lifespan of boring lifeforms like trees, clams, and stromatolites. Not only is this approach to life-extension practical, it has an added benefit: It your life is boring enough, you will long for the sweet release that death will bring, a classic catch-22. 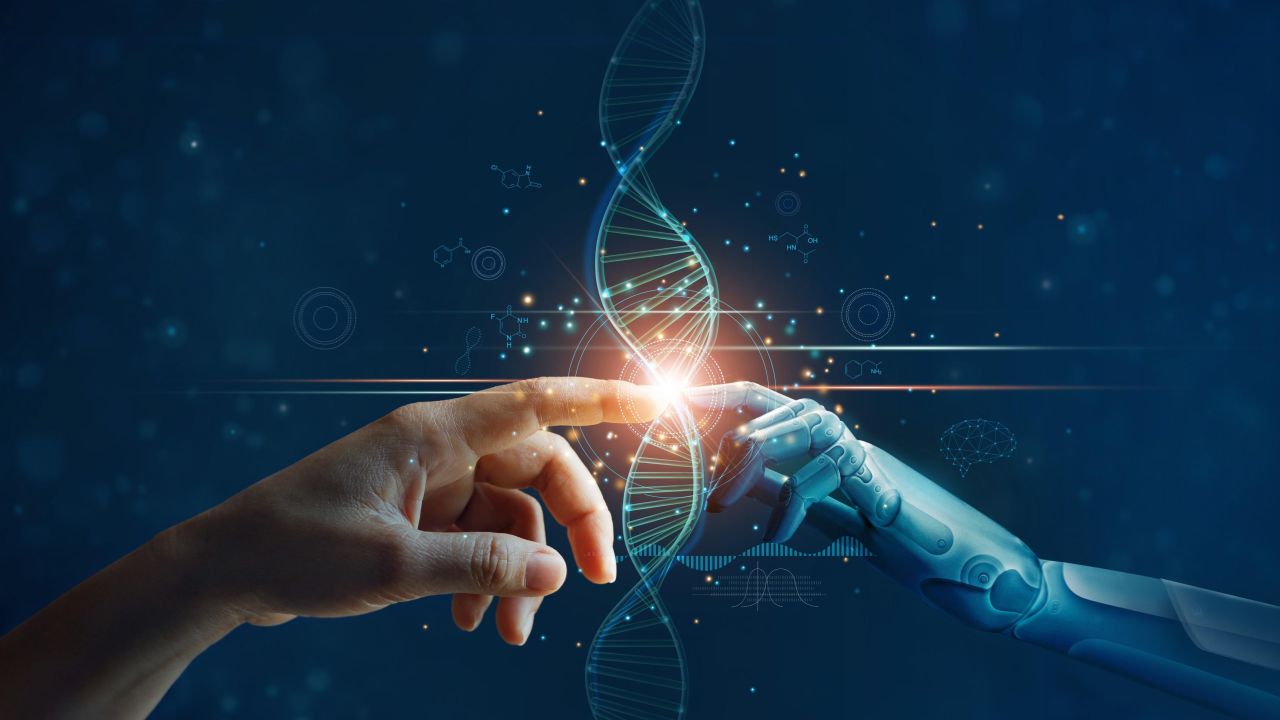 The 2045 Initiative is a community of researchers working on uploading minds to computers and creating advanced robots for those minds to live in, thus “extending life, including to the point of immortality.” They think they’ll have it all worked out by 2045, although their initial milestones haven’t gone according to schedule — we were supposed to have an “avatar controlled by a brain-computer interface” by 2020, for instance. I don’t want to cast any aspersions upon the people behind the 2045 Initiative’s research, but it is funded by Russian billionaire Dmitry Itskov, and it could be a try at financing mad science through exploiting an oligarch’s fear of dying instead of serious research. (If so, I fully support it.)

Go to heaven, become a ghost, get reincarnated, etc. 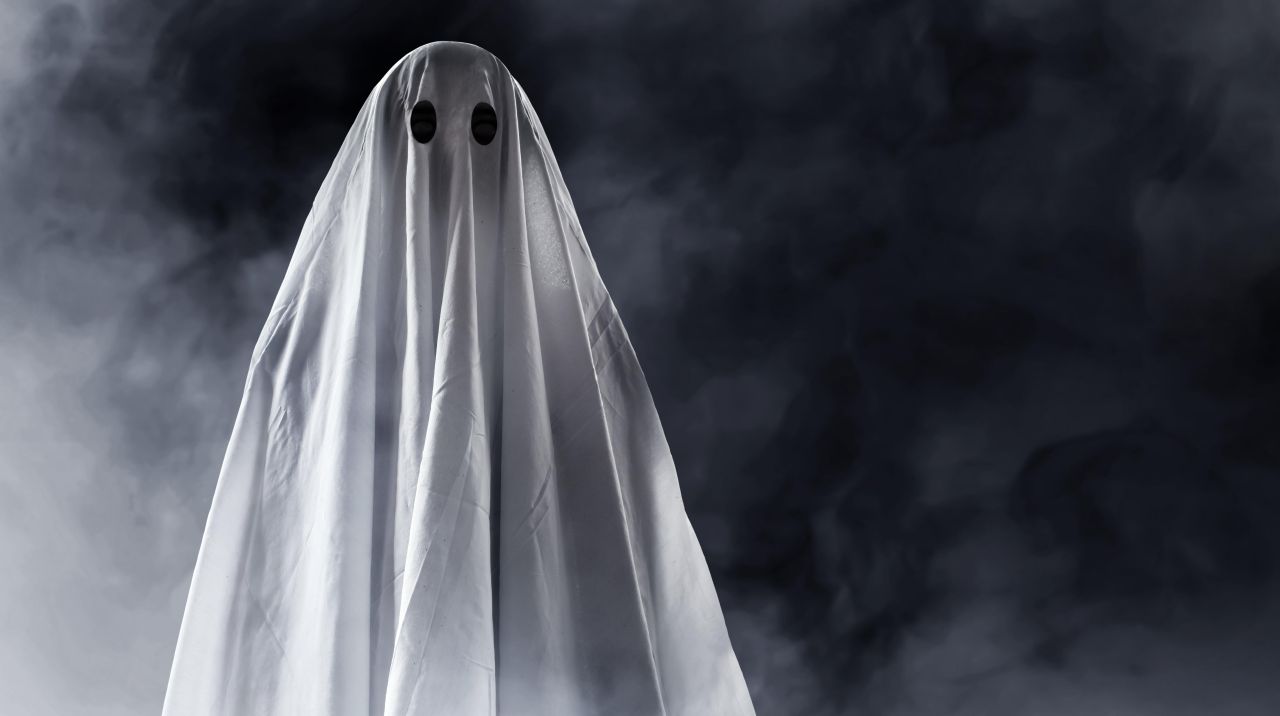 When faced with the certainty of death, most people react by convincing themselves there’s an “out.” Maybe it’s going to heaven, reincarnation, or just haunting everyone you hate as a ghost. If death truly cannot be conquered, the closest we can come is believing we’ll never die while we are alive, and these soothing fairytales are some of the best methods we have of achieving a kind of immortality, anyway. They’re time-tested, free, easy, and unlike cryonics, most people won’t call you a crank if you say you’re into them. On the other hand: If death can be defeated (and it can), people who believe in “life after death” are just quitters. 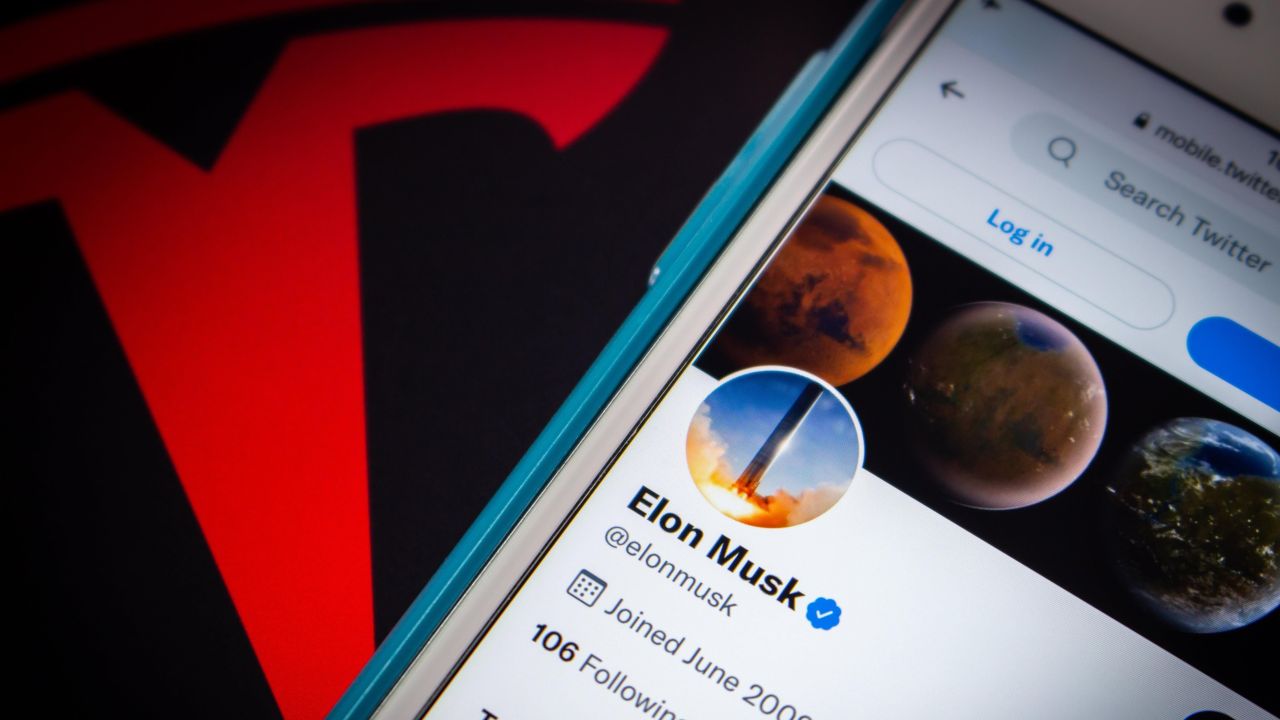 Rich jerks are leading humanity’s fight against death. In Palo Alto mansions and offices you’ll never have a meeting in, billionaires are funding research, taking supplements, and otherwise trying to cheat the Grim Reaper at this very moment. Elon Musk is onboard. So is Jim Mellon. If I had to guess, I’d say the cowardice and hubris of billionaires expressed through throwing money at a universal fear will ultimately amount to nothing. But I’m wrong like all the time. If Elon Musk discovers the Fountain of Youth, it would really pay to be his friend and be first in line for the initial injections; I doubt these dudes would share with us plebes. So if you want to increase your chance of living forever, just befriend as many billionaires as you possibly can. Easy.

Eat right, exercise, and all that 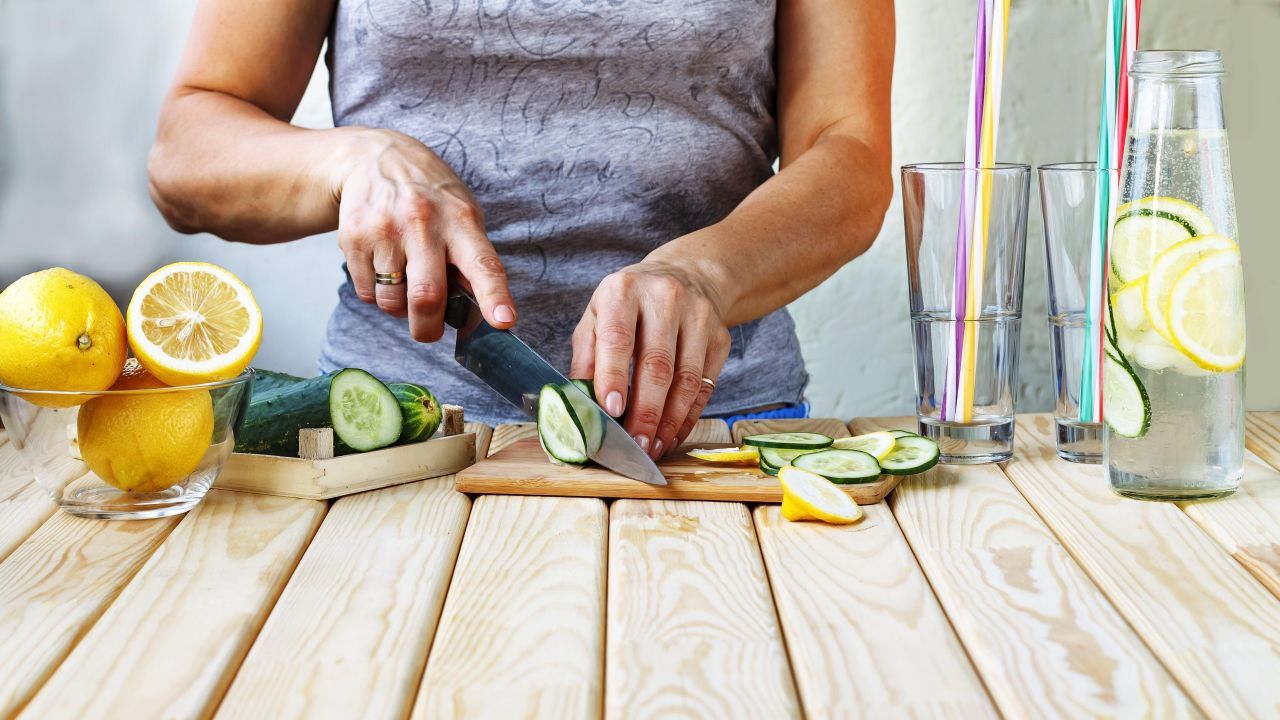 We all know you will probably live a little longer if you do all that stuff your doctor is always telling you to: eat a sensible diet, exercise regularly, get enough sleep, and all that jazz. But did you know it could lead to immortality? This idea bets that Science will find a cure for death at some point in the near future, and if you can manage to live long enough for it to be available, you’d become immortal. While science figuring out how to kill death in your lifespan is unlikely no matter how much kale you eat, being healthy has consolation prizes. You will probably live longer, and some life-extending discoveries will probably be made in that time, so you’ll live even longer than that! Even if we make no progress at all in forestalling death, all that self-denial will get you a few extra years on earth. Probably in a state-run nursing home. 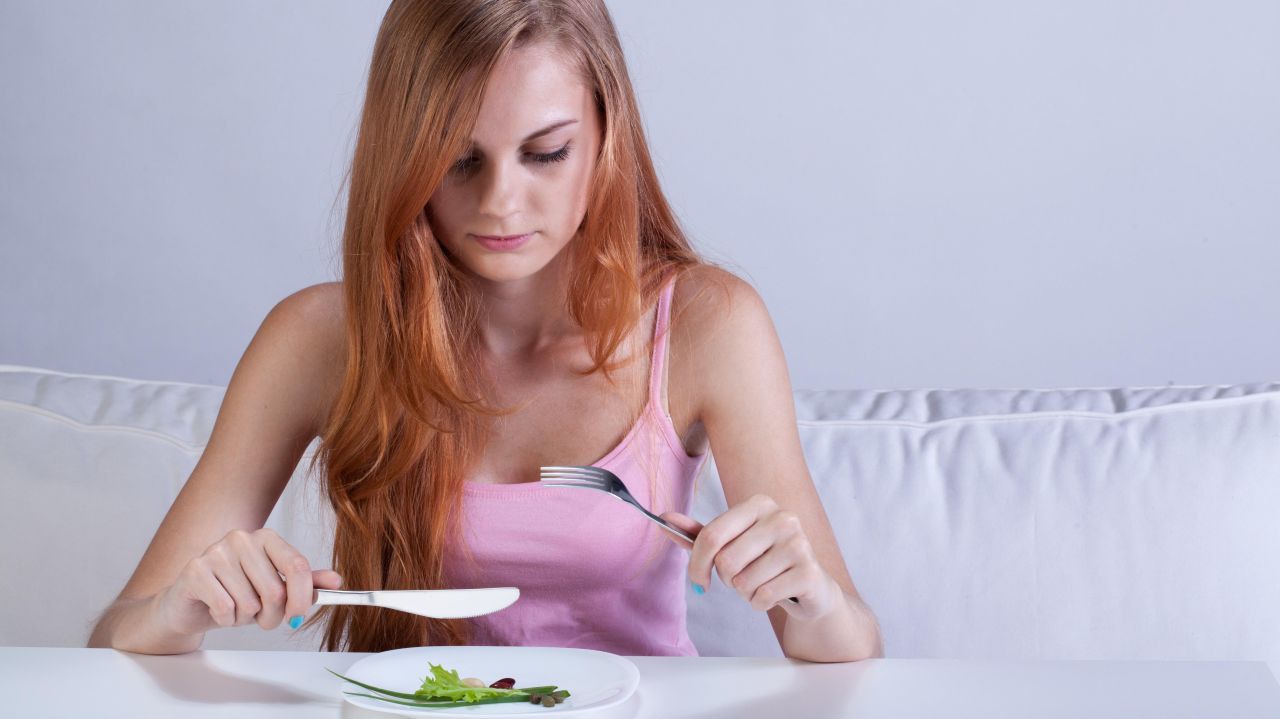 Proponents of caloric restriction believe that consuming fewer calories results in a longer life, so they eat as little as possible, often through intermittent fasting. Research in mice and other animals does indicate that cutting calories leads to an increase in lifespan, and you’d definitely lose weight. But whether caloric restriction scales to humans beyond the known benefits of weight-loss is not clear. Breatharians have taken the less-eating idea to its logical extreme. They believe that people don’t need to eat or drink anything, and if we just cut out that pesky consuming-food-for-nutrients thing, we could all be immortal. A large body of evidence dating back many years indicates that people who don’t eat actually starve to death, however. 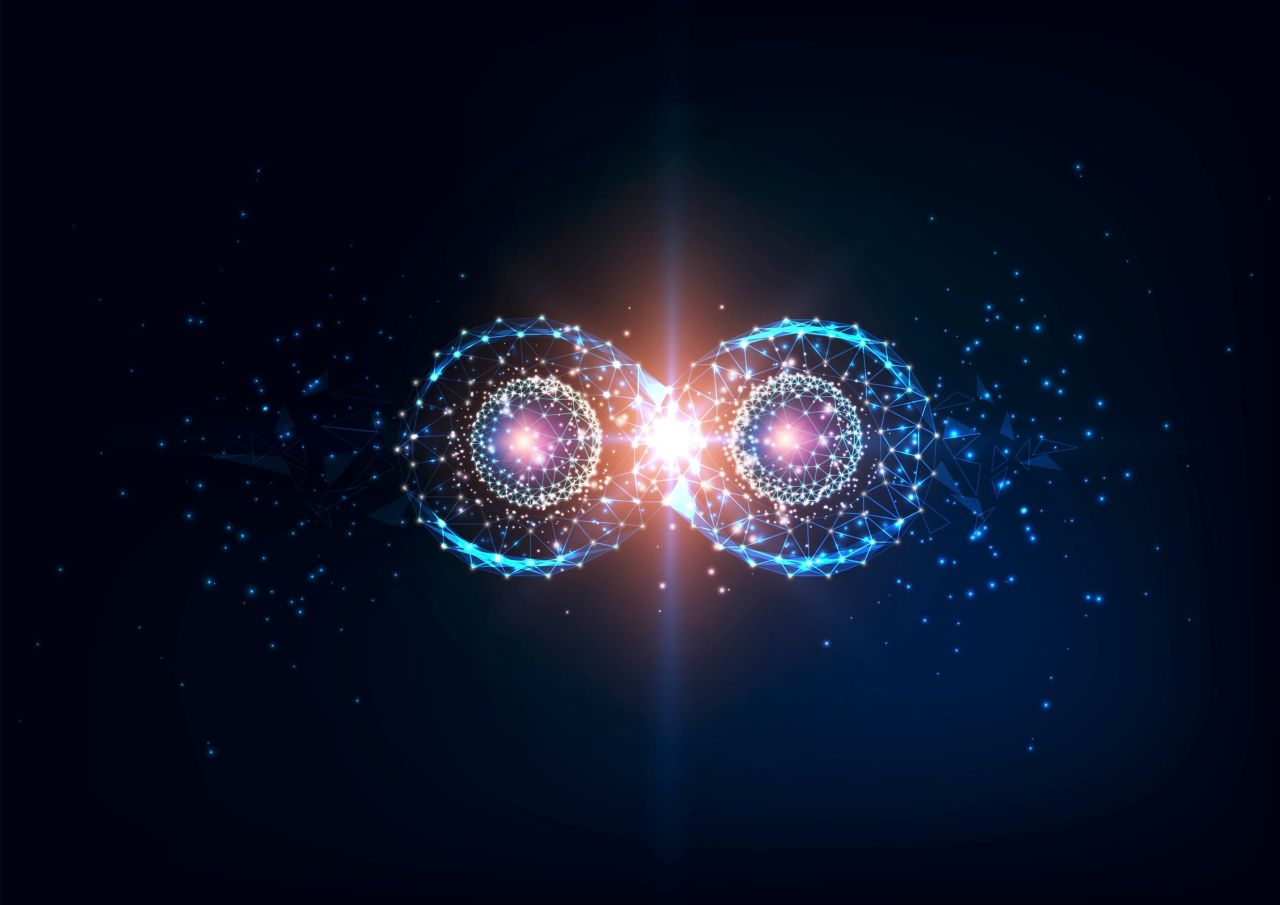 In attempting to remove randomness from our understanding of quantum mechanics, some have posited that existence itself splits every time a quantum experiment with different possible outcomes is performed. Our consciousness only exists in one universe, though, and we can’t experience the others. If the universe really does split every time a decision is made, it means there are universes in which the most unlikely possible outcome have occurred, including one in which all the biological processes that lead to death don’t happen. That’s the universe I live in, man. Sorry about all you suckers dying around me. Shoulda picked a better universe. 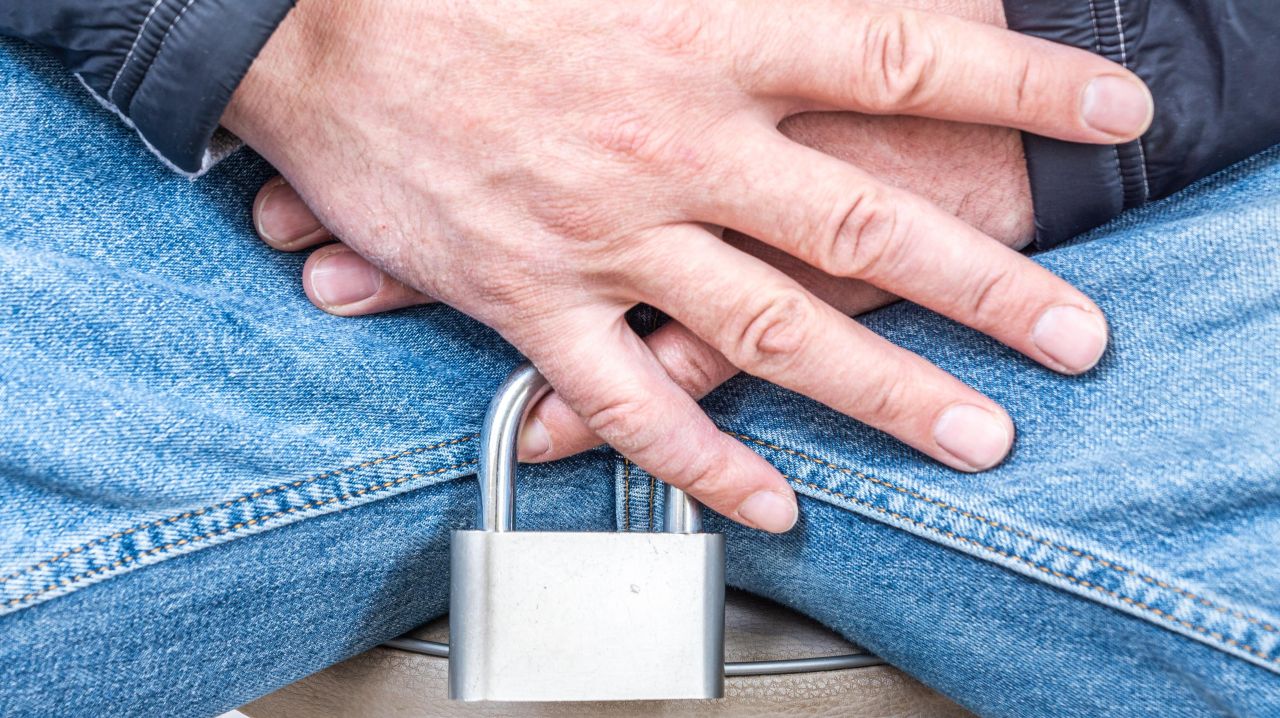 This probably belongs in the “eat right and hydrate” category, but I made it a separate entry to make this clear: If you abstain from sex, you might live longer than your sex-having peers. The science is little murky — it apparently works for beetles — but some evidence suggests nuns live longer than non-nuns and eunuchs lived longer than non-eunuchs. These could easily be attributed to some other factor — correlation doesn’t equal causation after all — but I wanted to throw it out there in case you feel bad that you aren’t getting any.

The philosopher’s stone and the fountain of youth 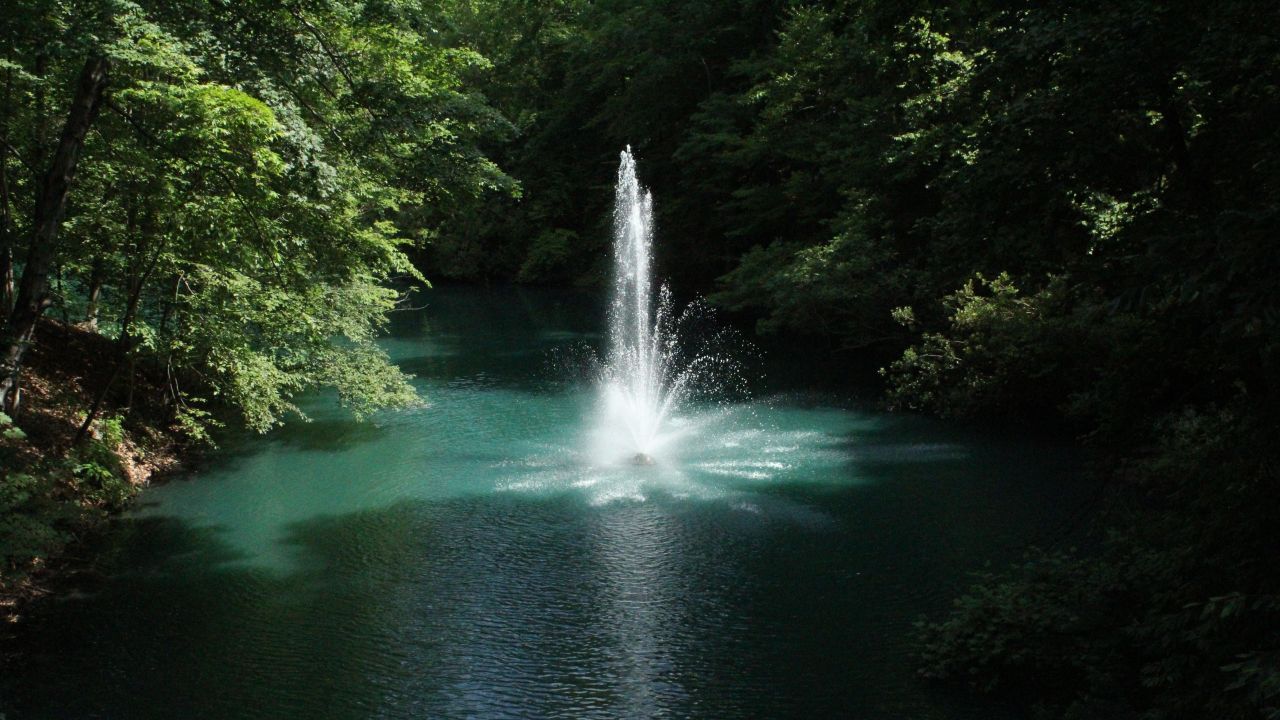 We aren’t the first people to search of a non-symbolic way of cheating death. Alchemists’ doggedly pursued “the Philosopher Stone,” a substance that would turn base metals into gold and also provide eternal youth, and explorers/conquistadors were at least rumoured to have been pursuing The Fountain of Youth in the New World. As far as we know, no one located either source of immortality, but the alchemists did manage to lay the foundation for the modern study of chemistry, and just look at all the good the conquistadors did! If we’re lucky, even the most outlandish modern attempts to live forever will have similar unexpected benefits. 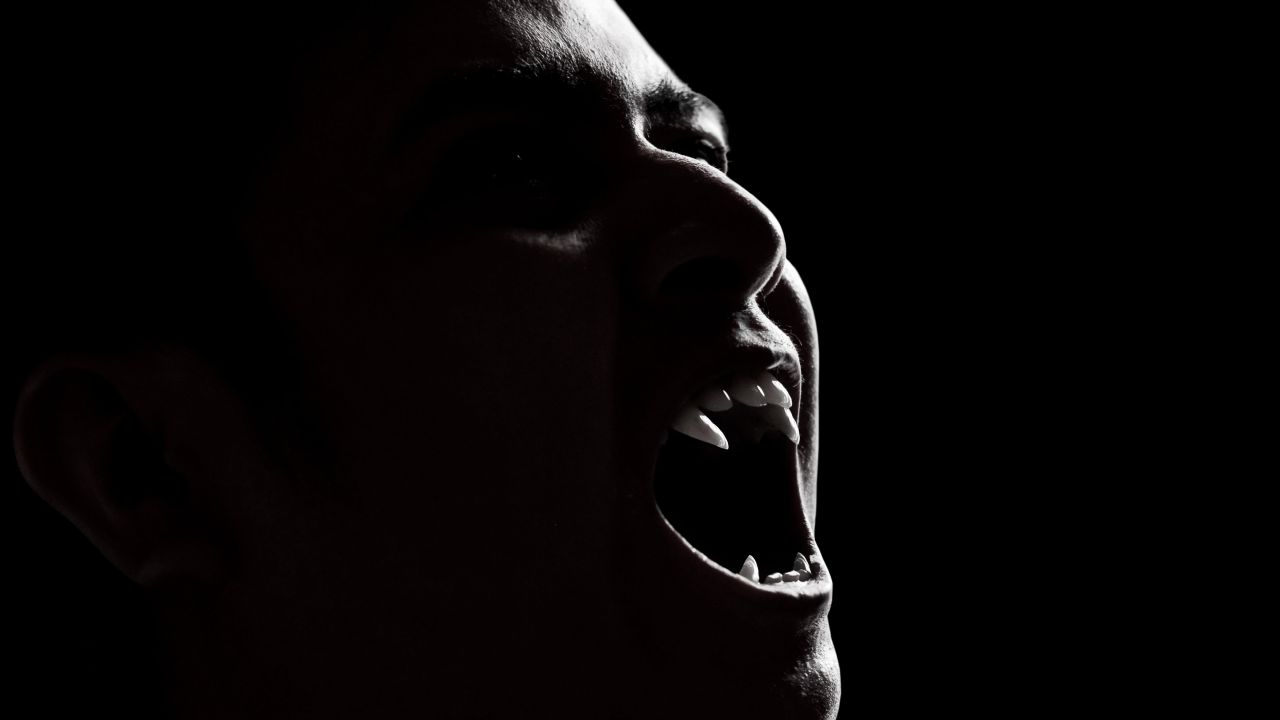 The blood-sucking ghoul variety of vampire is (probably) mythological, but the idea of staying young through blood transfusions, (aka parabiosis) is an idea as undying as Dracula. Back in 1924 Russian physician Alexander Bogdanov began a series of blood transfusions with Soviet youth. After 11 transfusions, he reported better eyesight, hair growth, and other improvements. But in 1928 he transfused the blood of a young man with tuberculosis and malaria and promptly died. Oops. The idea lives on to this day, though: Billionaire Peter Thiel is a proponent of it, although it’s not known whether he’s actually done it. (I’d put money on “of course he has.”) Parabiosis even has some research indicating blood transfusion can reverse again. In mice, anyway. So go ahead and find a blood-bag to keep you young, and you too can be Elizabeth Báthory. 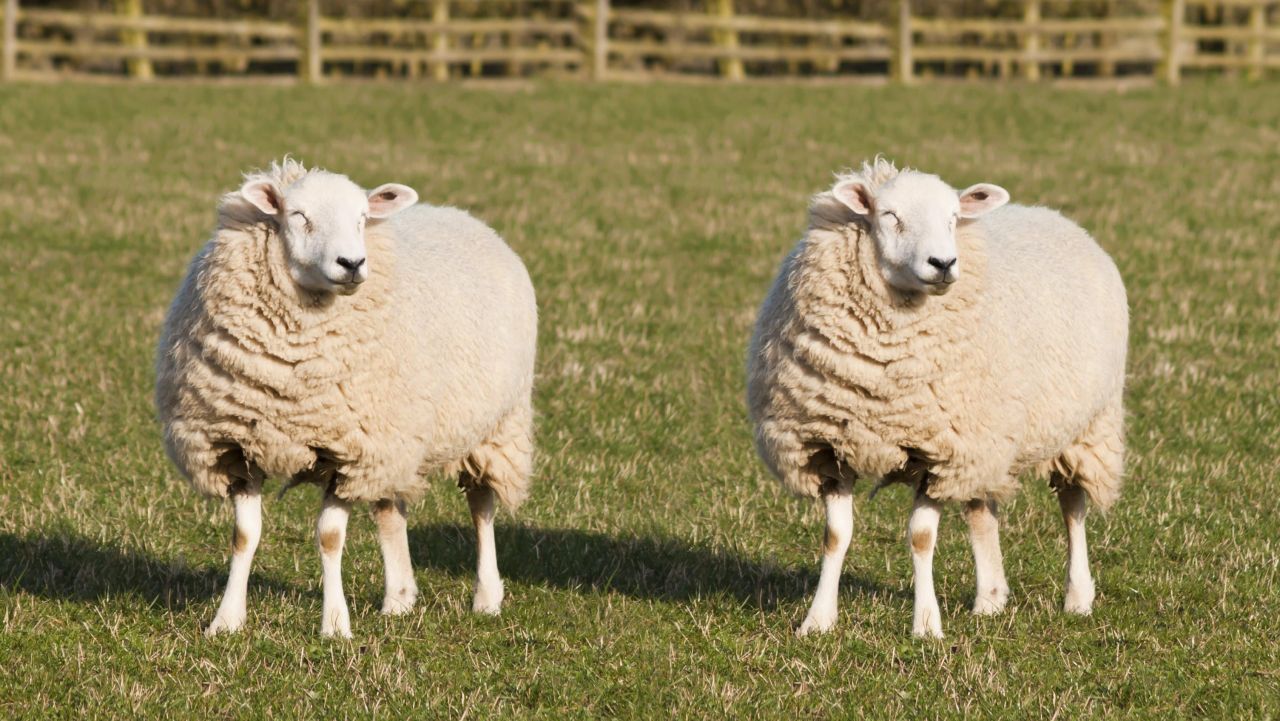 We can clone humans. We haven’t yet (supposedly), but we can. You could create an identical version of yourself and keep having them created for as long as anyone agreed to help you with your mad scheme. (Theoretically. Human cloning is problematic for any number of reasons.) While cloning would be more like having a twin than a new body to live in, to everyone else, you’d be immortal, and at least you’d have someone to help with the chores. (See Michael Keaton’s Multiplicity). Before you start, a warning: A drawback to eternal life through cloning is having to fight an evil clone to the death at least once. Scientists have found the immortality gene! Studies show gene therapy reverses ageing! Those are the headlines; the fine print tells a different story. Stem cells actually are immortal, and stem cell research shows amazing promise for treating a variety of diseases, but we’re a long way from genetic immortality. The human body is very complicated, and so is the process of ageing and death. We don’t fully understand either one, and right now, genetic immortality is a tantalising possibility that will require a ton of research to determine its truth or falsity. Research takes time, and time is inexorably ticking away in your personal race toward the grave. 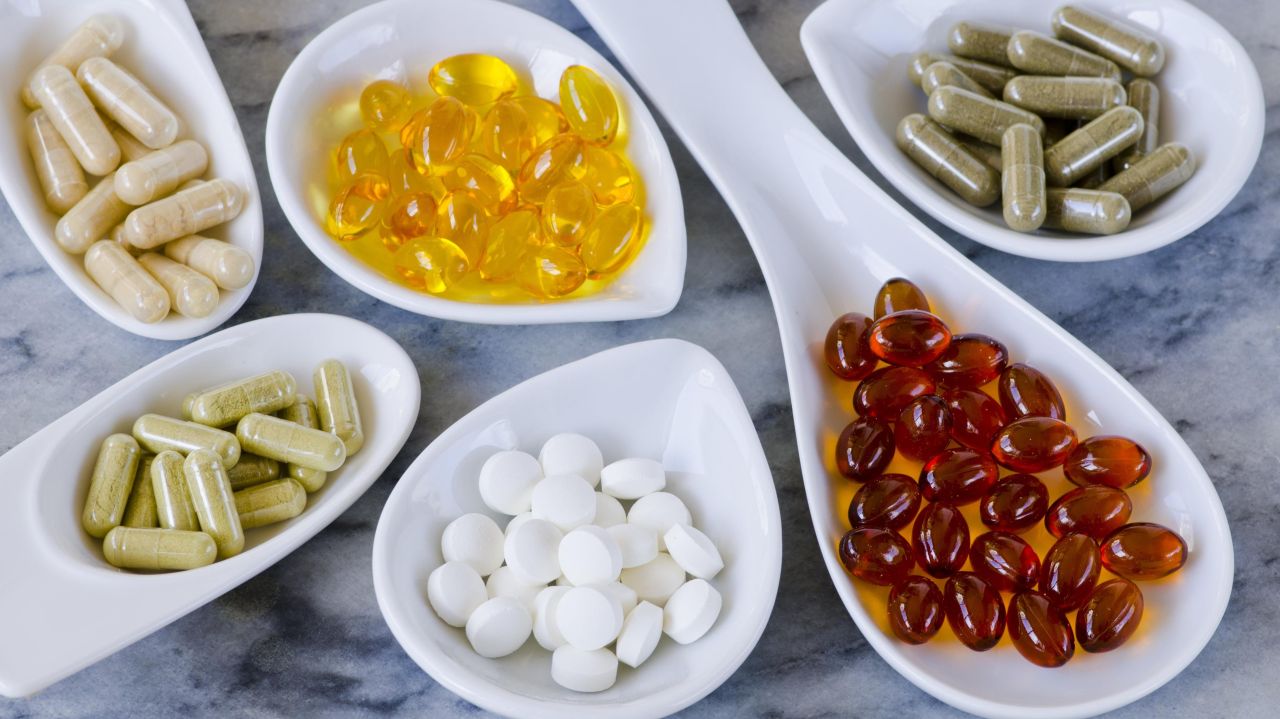 People into life extension take all kinds of nutritional supplements and vitamins in a quest for longer/infinite life. Some gulp handfuls of Vitamin D. Google’s Ray Kurzweil reportedly takes Phosphatidylcholine, Resveratrol, and Ubiquinol, as well as 100 other pills and injections per day. No one really knows whether supplements provide any benefit that couldn’t be obtained through a healthy diet, but you never know. So just take any old thing to stave off death. Shovel the contents of an entire GNC into your gullet. What’s the worst that could happen? You’ll die? You’re gonna die anyway, man.