Make a Cute Little Salami Rose With a Wine Glass

When I was but 10 tender years old, I saw a trailer for Bed of Roses, a Christian Slater vehicle that — at the time — seemed to embody the absolute height of romance. (I was not allowed to see the movie, as it was rated R. Oddly, I was allowed to see Jerry Maguire that same year.) According to the preview, which I have just rewatched for the first time since going through puberty, a florist (played by Slater) sends a woman he does not know a whole bunch of flowers because he saw her crying in a window while he was taking a walk.

As a divorced woman in my 30s, I now understand that this is not a romantic love story, but a horror film, but the phrase “bed of roses” still speaks to my inner pre-pubescent. Roses are shorthand for romance, the perfect thing for a lazy man to give to his romantic partner when he is short on both ideas and time.

And yet, I am charmed by roses. I love walking around the various rose gardens in Portland, and I love receiving bouquets of them, no matter how last-minute they were purchased. It should come as no surprise then that I am similarly enamoured with meats that are fashioned into roses, like the prosciutto in this Heartcuterie box and the salami roses you see at the top of this article. (Perversely, the man I am currently involved with hates giving roses because it is “unoriginal,” but he did give me an entire country ham for Christmas so I’m not going to fight him on it.)

If you are involved with a similarly rose-loving, meat-loving person, I have great news: Salami roses are very easy to make. You just need a package of pre-sliced cured meats and a wine glass. 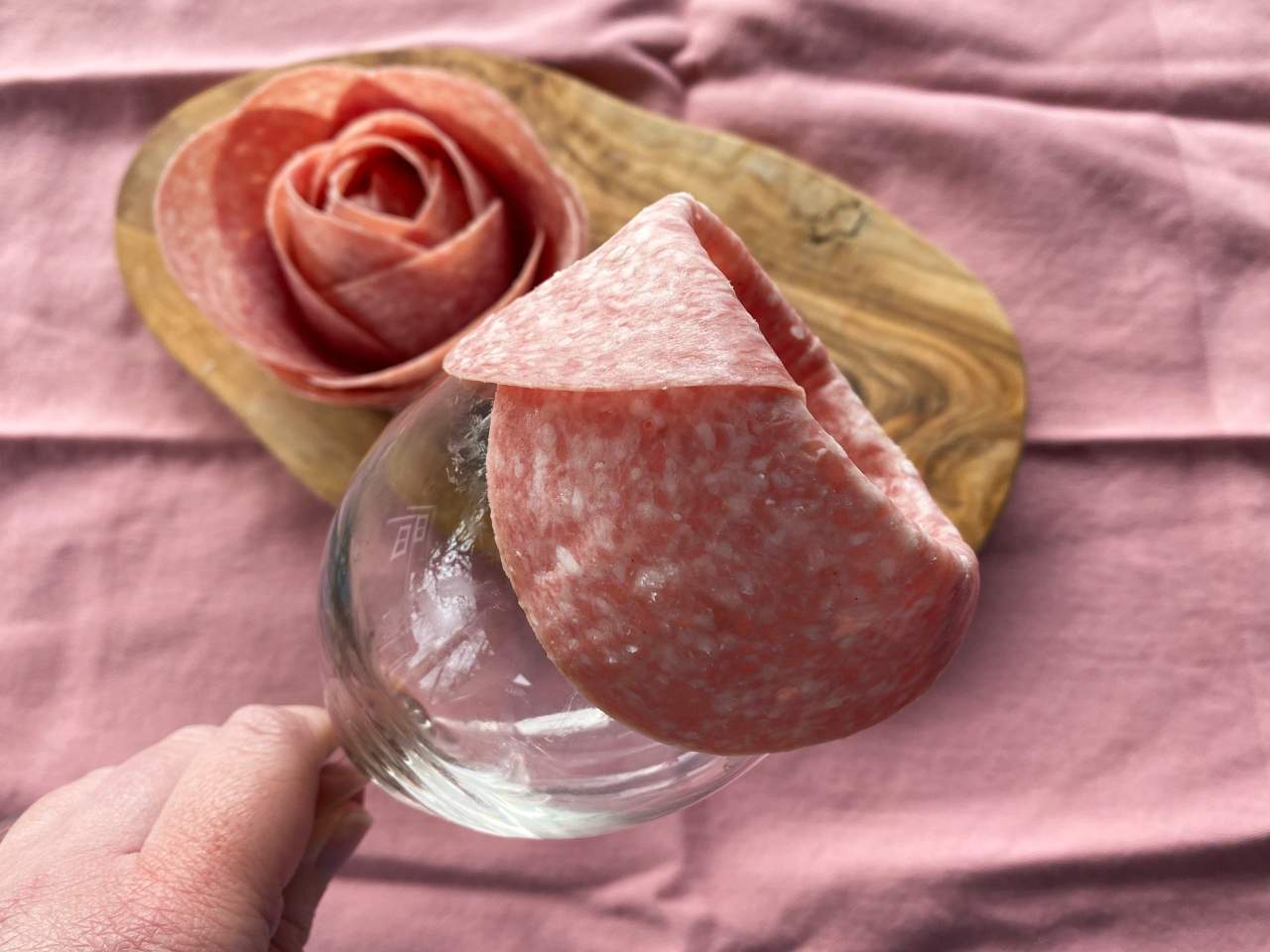 First, you’ll want to grab some salami (or other salumi, such as soppressata or chorizo) that is thinly pre-sliced and at least three inches in diameter. You’ll also want to let the meat warm at room temperature for a bit to make it more pliable. (Cold fat does not bend.)

Get a wine glass, and drape at least three slices of meat over the edge. You want half of the slice inside of the glass and half outside, and you want the slices to overlap a little bit so they look like rose petals. 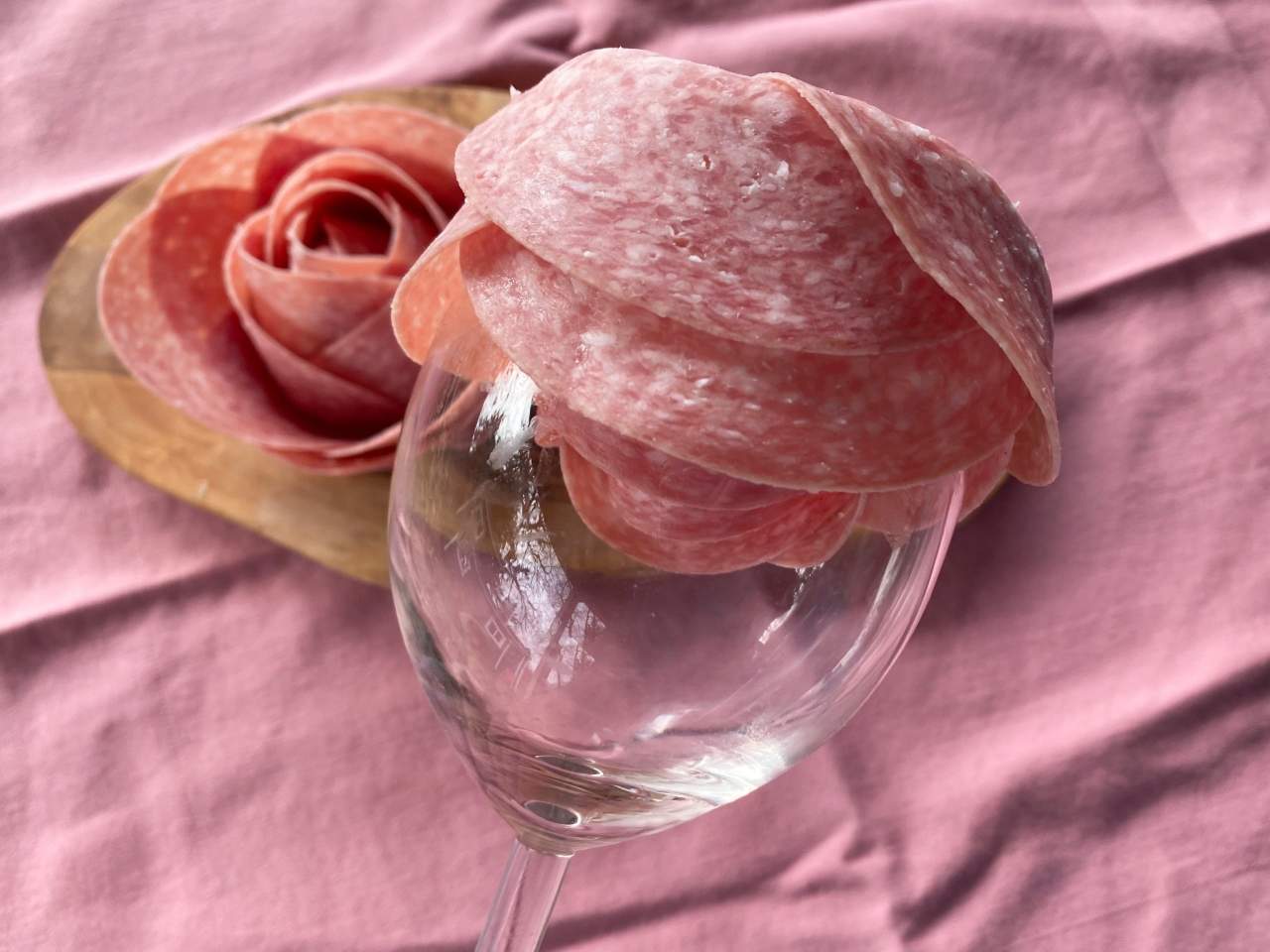 Repeat with another layer of salami, offsetting the second layer of slices so their centre of each new slice lines up with the spot where the two slices below it overlap. Repeat to create a third layer, then finish by draping a single slice in the centre to create the inside of your rose. 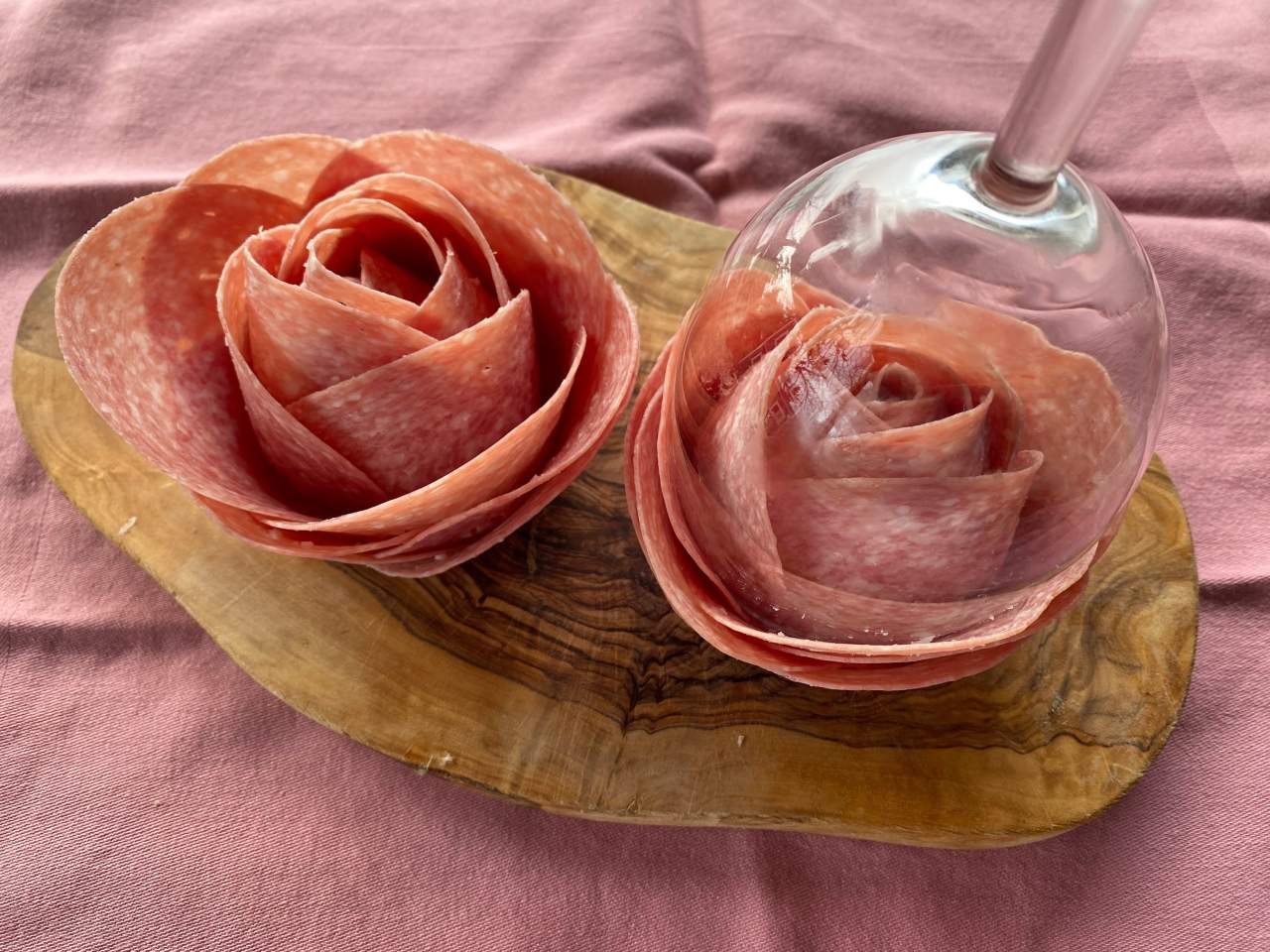 Invert the wine glass onto a plate or cutting board and gently coax the rose out of the glass. If you wish to make a bed of salami roses, you will need a lot of salami. Each rose you see above took 10 whole slices to make, using up the entire five-ounce package I had purchased for rose-making purposes. 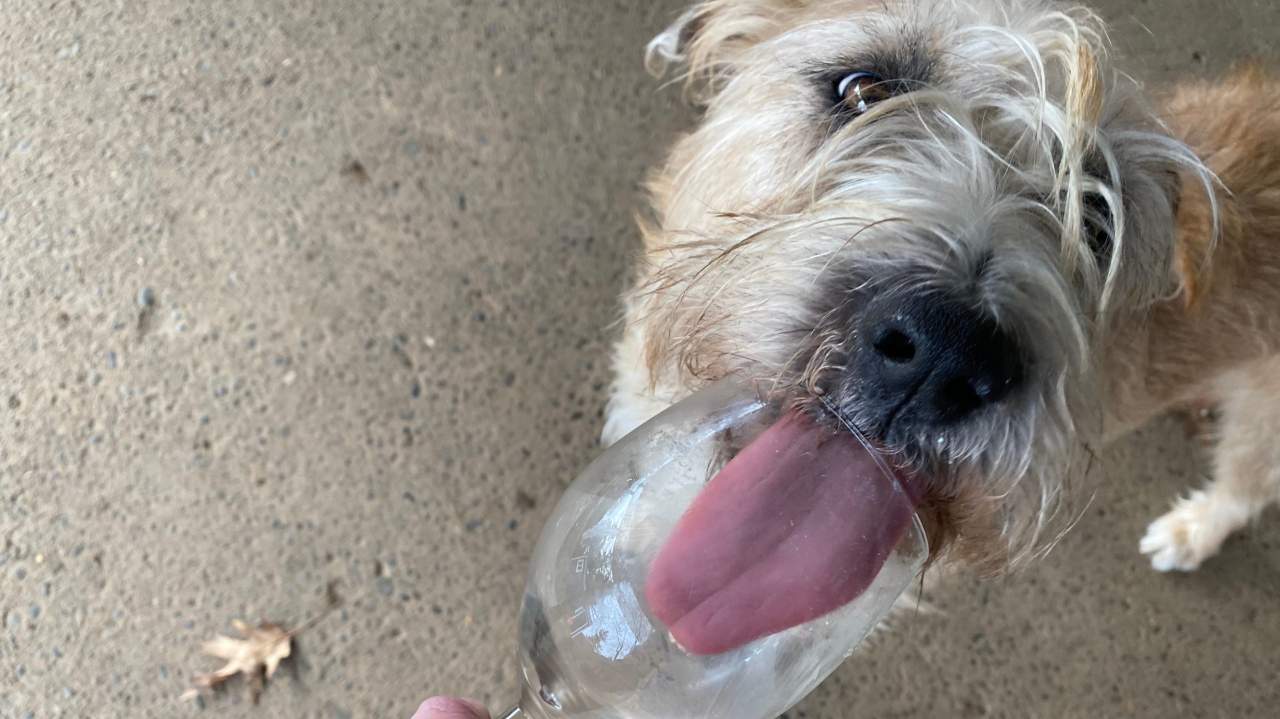 Once your roses are assembled, serve them with cheeses, nuts, and any other Heartcuterie accoutrement your loved one desires, and make sure let your furry Valentine lick the glass.