For reasons unknown to the universe, a bag of mung bean sprouts is always just a bit too much for whatever dish you’re making. Even if you doubled the recipe, somehow there’s always one or two handfuls leftover the next day — and if this has ever happened to you, you’re well aware that the next day is probably your last chance to use them before they get discolored and slimy. One of my favourite ways to use up the last cup of bean sprouts is to make Khai Jiao. A staple dinner from my childhood, my mum sometimes called it “Thai omelet,” but that’s a stretch — the only thing they have in common is the mixed egg.

Khai Jiao is, at its simplest, whisked whole eggs, fried up in a generous amount of piping hot oil and eaten over a steaming mound of jasmine rice. It’s savoury, bursting with flavour and entirely satisfying. Like with most Thai dishes, the condiments add requisite briny, tangy, and spicy flavours. They can include a squeeze of lime, soy sauce (Golden Mountain sauce if you can find it, Maggi if you can’t), and a few small spoonfuls of spicy-salty prik nam pla. Growing up, I would demolish a plate of khai jiao, but it would be boosted up with different combinations of ingredients, transforming it into an extremely hearty dish. Sometimes there would be onions and tomatoes, other times zucchini, and some nights pieces of chicken or turkey would pop up; but one thing was consistent — there were always plenty of bean sprouts tangled throughout. Cooked through but not soggy, bean sprouts give this meal a crunchy, juicy bite and help catch little puddles of soy sauce to season the rice in every spoonful. Likely, it was my mother’s clever way to clean out the fridge of leftover vegetables and the ingredients are cheap for such a filling meal. Regardless of everything, it became a dinner I would eagerly request whenever my opinion counted.

One important note: You can’t be shy with the frying oil, or you won’t get the desired puffy texture when the egg fries. Frequently, I’ll have leftover oil that remains in the pan — use this same oil if you’re making multiple portions or save it for another use after straining out any bits of vegetable. Be sure to have the rice steamed and waiting because this dish is very quick to come together. In less than 10 minutes, you’ll be eating a Thai classic, and probably adding bean sprouts to your grocery list again. 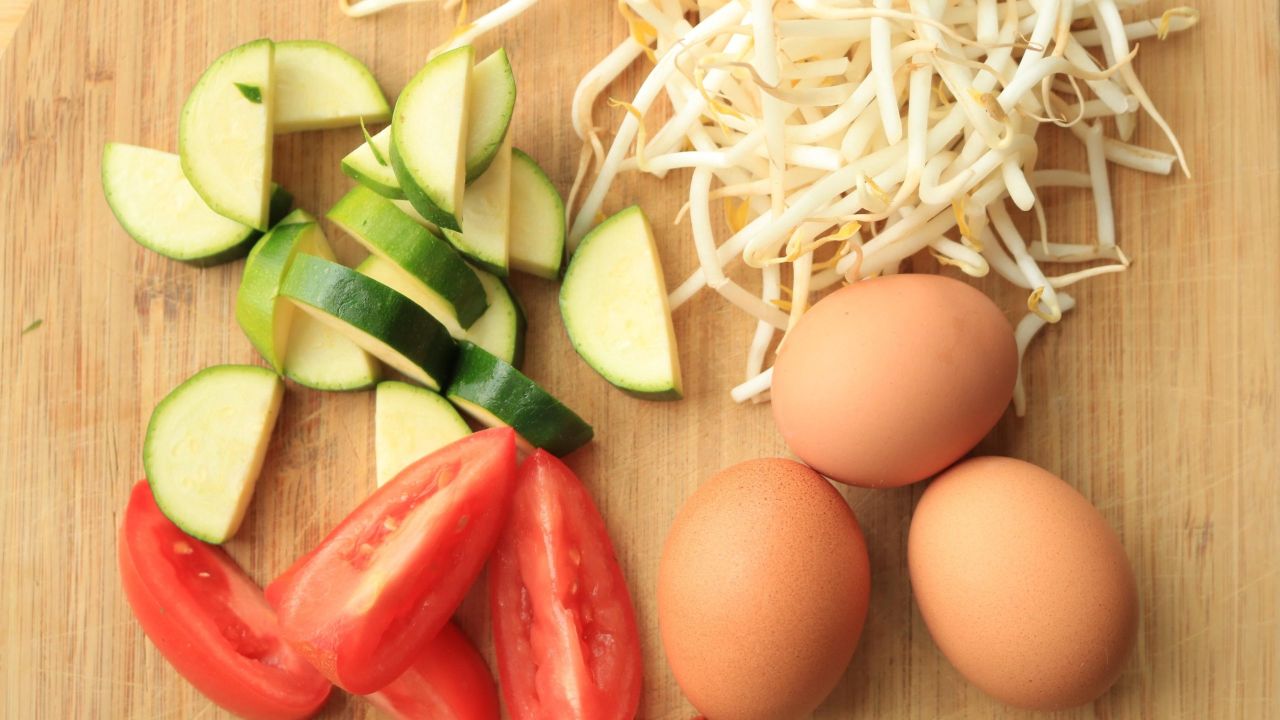 Add oil to a medium frying pan. There should be about ¼ inch of oil coating the bottom of the pan. The egg mixture should have a bit of a puddle to fry in. It will only use what it needs, so it’s better to have a little extra than not enough. Heat the oil on medium.

Have your whisked eggs in a medium sized bowl. Add the bean sprouts, chopped zucchini, tomato wedges, and salt. Stir to coat the vegetables in the egg. 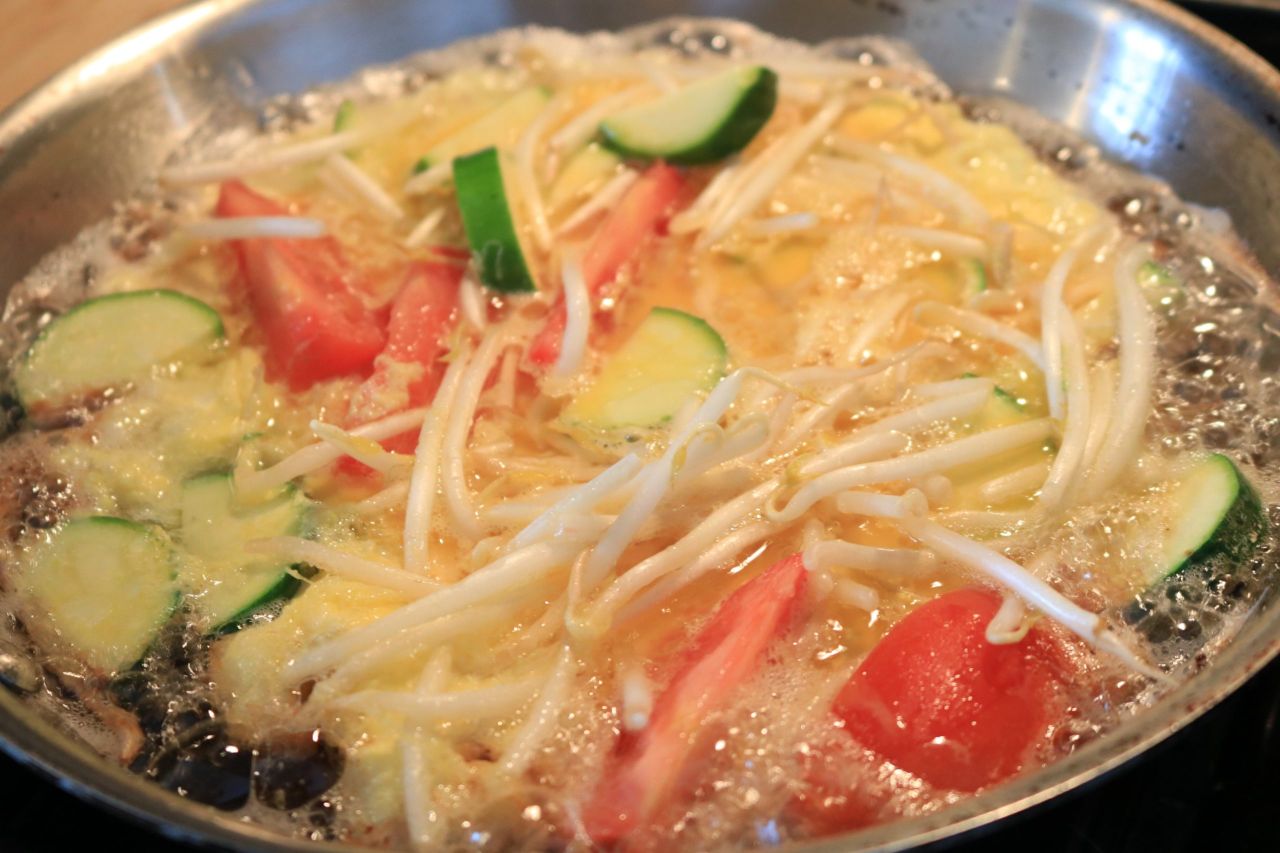 To test if the oil is hot enough, pick a bean sprout out of the egg mixture and use it to add a drip of egg to the oil. It should bubble and fry up immediately, with vigour. Pour the entire egg and vegetable mixture into the hot oil. The canola should pool up a bit around the sides. Fry for about five minutes or when the bottom starts to take on a golden brown colour. Flip the egg over. No need to worry about perfection, the egg will fry up with irregular ripples, crags and rolls. Fry the second side for about 1 minute. Lift out of the pan and serve over rice with condiments of choice.