15 Smarter Ways You Should Be Using Baking Soda

Remember that person who had a crush on you for years — who hung out right there, by your side, close but not stalking, quietly waiting to be noticed while you messed around with flashier, trendier versions of the real deal? Who, once wizened by adulthood, did you look back on and think, “Huh. They were pretty great, actually. I should’ve given them a chance.” Well, that crush is baking soda. And we all should be ashamed for taking it for granted.

Sodium bicarbonate (street name: baking soda) is a kitchen staple that, if you’re anything like me, mostly hangs out in the pantry or back of the fridge waiting for rare moments of usefulness — or until its box becomes too busted up with sugar granules and sticky vanilla drippings to justify keeping. But it turns out, baking soda is the cheap, all-purpose cleaning ninja you never knew you always had. And it deserves respect.

Not only do its acid-reacting, leavening properties make cakes and cookies fluffy, its mild alkaline compounds break down grease, and its gritty granules abrade grime. Behold, the many wondrous uses of that humble crush you should have taken seriously. 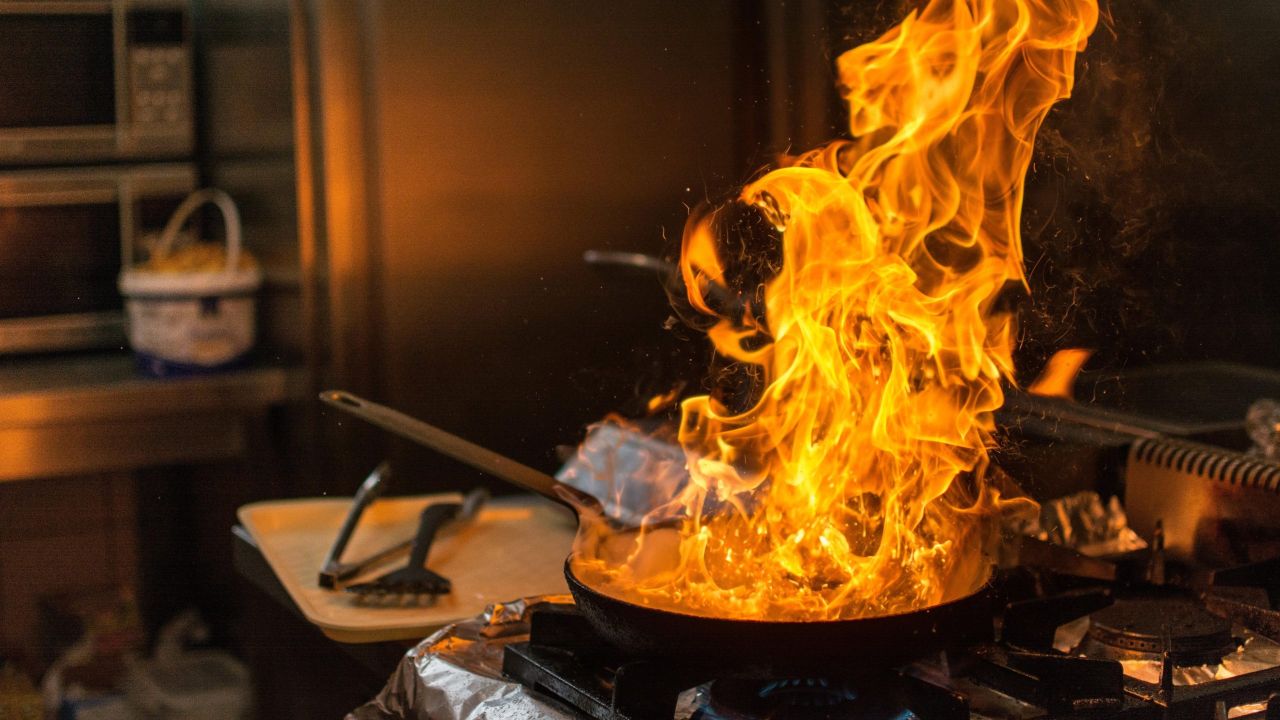 If a small grease or electrical fire breaks out in your kitchen and you don’t have a fire extinguisher easily accessible, reach for the nearest box of baking soda. (Not water, as water causes grease fires to splatter and spread.) Your trusty box of Arm & Hammer, on the other hand, releases carbon dioxide when heated, which can smother the flames. Throw handfuls at the base of the flame for best results.

Take the itch out of mosquito bites 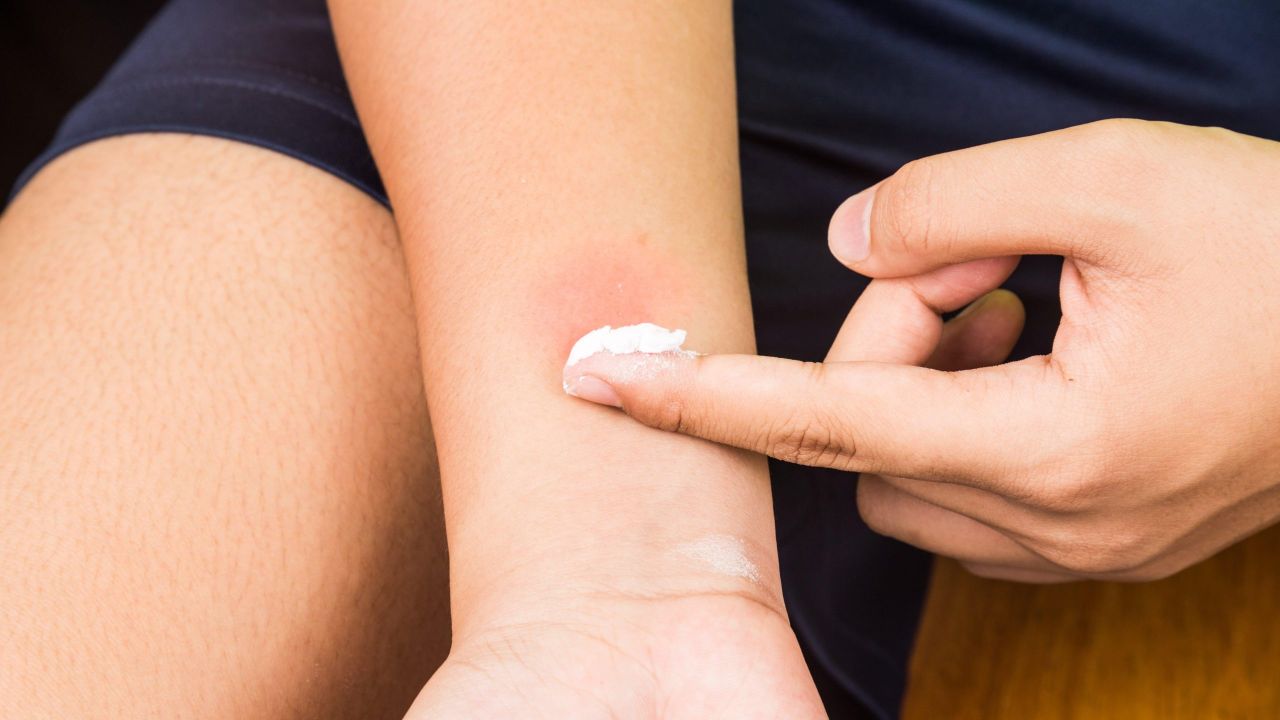 When those summer bugs get the munchies and you’re all out of itch-cream, hit those mosquito bites with a homemade baking soda paste. According to MedicineNet, “Baking soda can soothe the itching, stinging, and redness associated with mosquito bites…[it’s] an ingredient in most over the counter creams.” Mix one tablespoon baking soda with just enough water to make a paste, apply to the bite and let sit for 10 minutes before washing off. 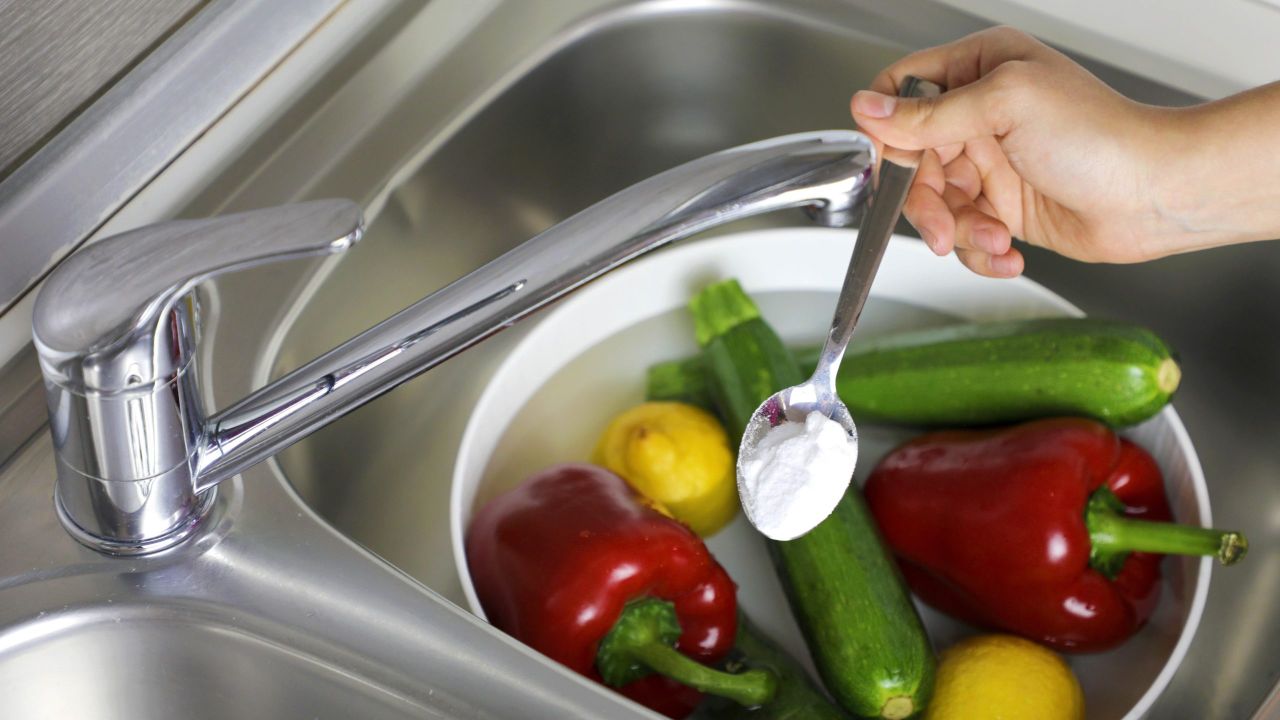 A 2017 study published in the Journal of Agriculture and Food Chemistry revealed that baking soda was more effective than bleach in removing pesticide residues on apples. To remove synthetic chemicals from your produce naturally, add a tablespoon of baking soda to a large bowl of water (and lemon juice, if desired) and let produce soak for 10-15 minutes before rinsing. (Note: This method will only remove pesticides from the skin, not from the interior of the fruit or vegetable.) 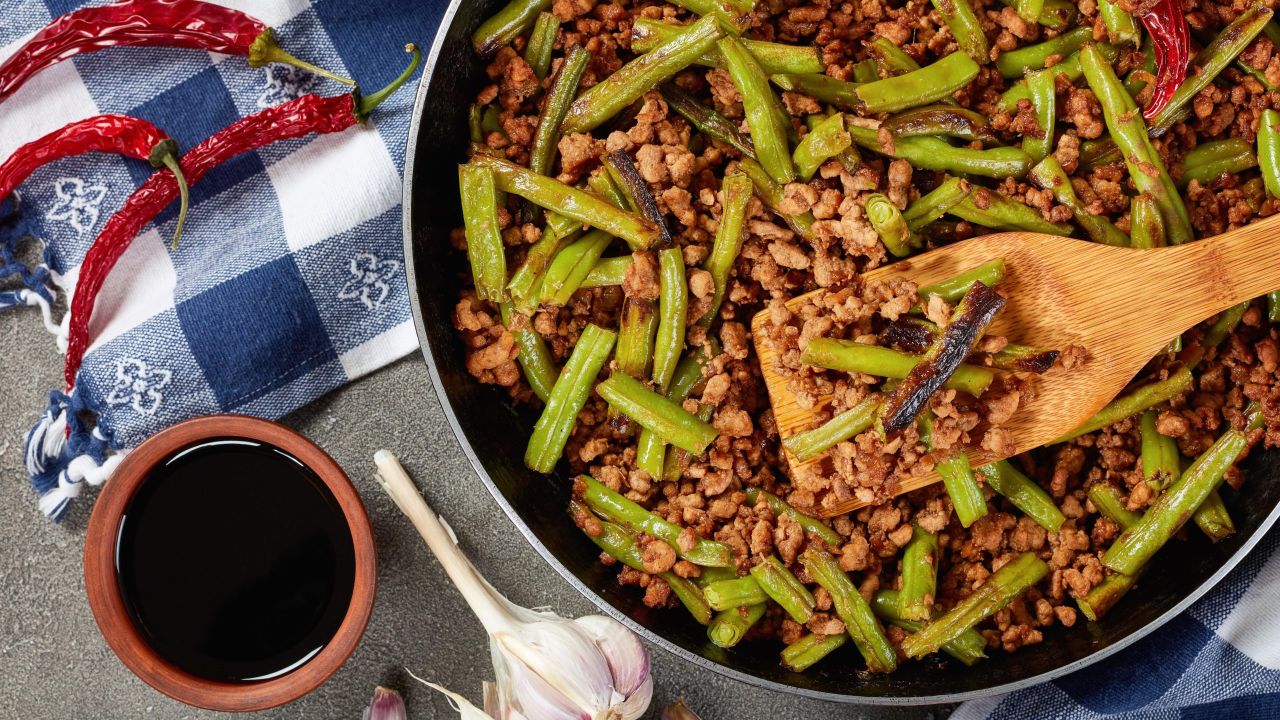 If you’d like your ground meat to get nicely browned and remain tender without swimming in an unsightly pool of its own brown juices, have I got a sodium bicarbonate for you. According to Lifehacker’s Senior Food Editor Claire Lower, we should all be adding baking soda to our ground meat before browning. This is because, “The baking soda (which is very basic) raises the pH of the meat, preventing the proteins from bonding excessively (and thus squeezing water out); this keeps everything nice and tender, and prevents that pool of liquid from forming.” Score. 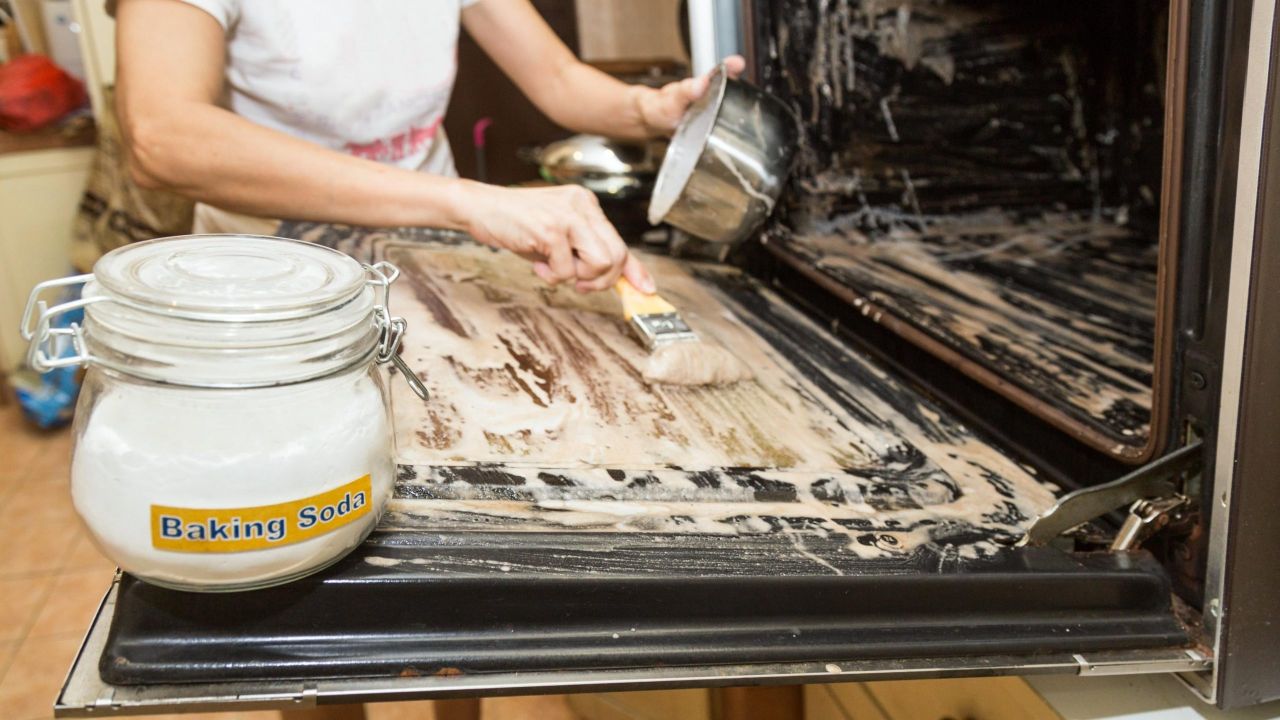 Baking soda is a mild abrasive, which makes it an inexpensive boon to your kitchen cleaning arsenal. Not only can its grittiness work to lift grease and crusty, caked-on food from pots, pans, and dishes, according to Healthline, “When mixed with an acid like lemon juice or vinegar, it may also help control the growth of harmful microorganisms, including mould or bacteria (14).” (What’s more? It releases carbon dioxide in the form of bubbles, which can aid in scrubbing.)

Mix with water (and lemon juice or vinegar if desired) to make a scrubbing paste that can be applied everywhere from countertops and stained coffee cups to tarnished silver and grimy oven walls. 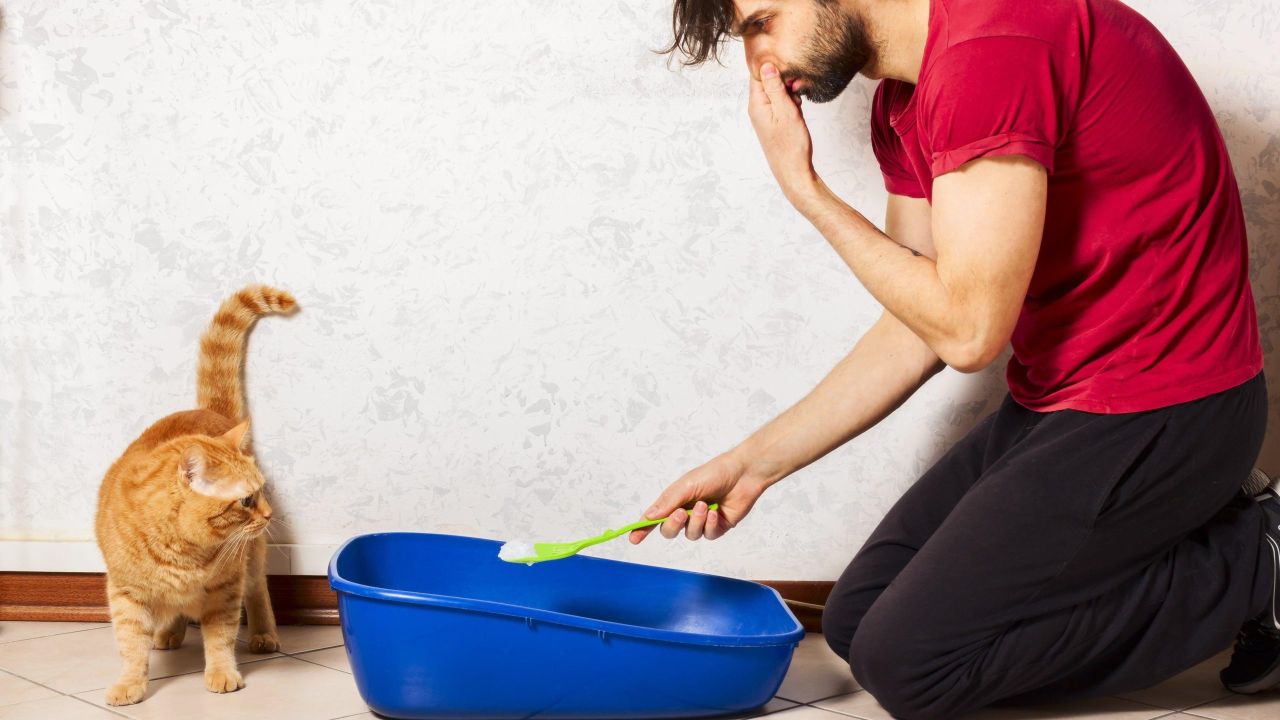 We all know that an opened box of baking soda absorbs odours in your refrigerator. But were you aware of all the other places it can remove stench? Sprinkle it in the bottom of gross garbage cans, the soles of your stinky sneakers or cleats, inside your gym bag or the bottom of a cloth hamper, and smell beautiful nothingness in its wake.

Liberally douse a less-than-fresh smelling rug, let it sit for an hour (or overnight) and vacuum it away.

Layer the bottom of your cat’s litter box (under the litter) to diminish the overpowering smell. Similarly, covering your pet’s bed with baking soda and letting it sit for at least 15 minutes before vacuuming will work to lift odor. 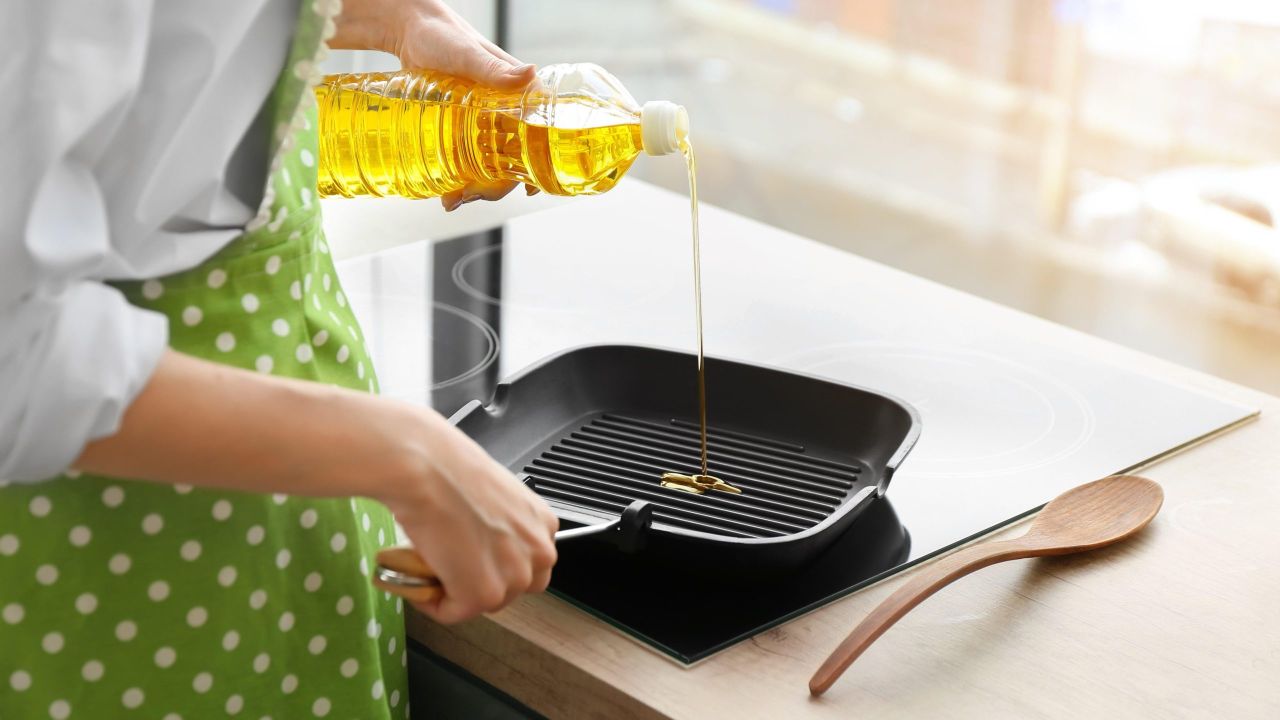 Baking soda absorbs oil and can help pull it off of fabrics, from clothing to rugs. If you spill oil on your pants or carpet, resist the inclination to wipe it away with a towel; this will only further spread the stain. Instead, use a dry or damp (not wet) washcloth or paper towel to blot the oil, removing what you can. Don’t rinse.

Then apply baking soda to the affected area (some recommendations say leave it there for one hour; Bob Vila says 24). Somewhere between one and 24 hours later, brush the remaining baking soda away and treat with your stain-lifting product of choice. (Lifehack — no relation — says to brush the baking soda in with water; Bob Vila recommends proceeding with a water and vinegar solution.) 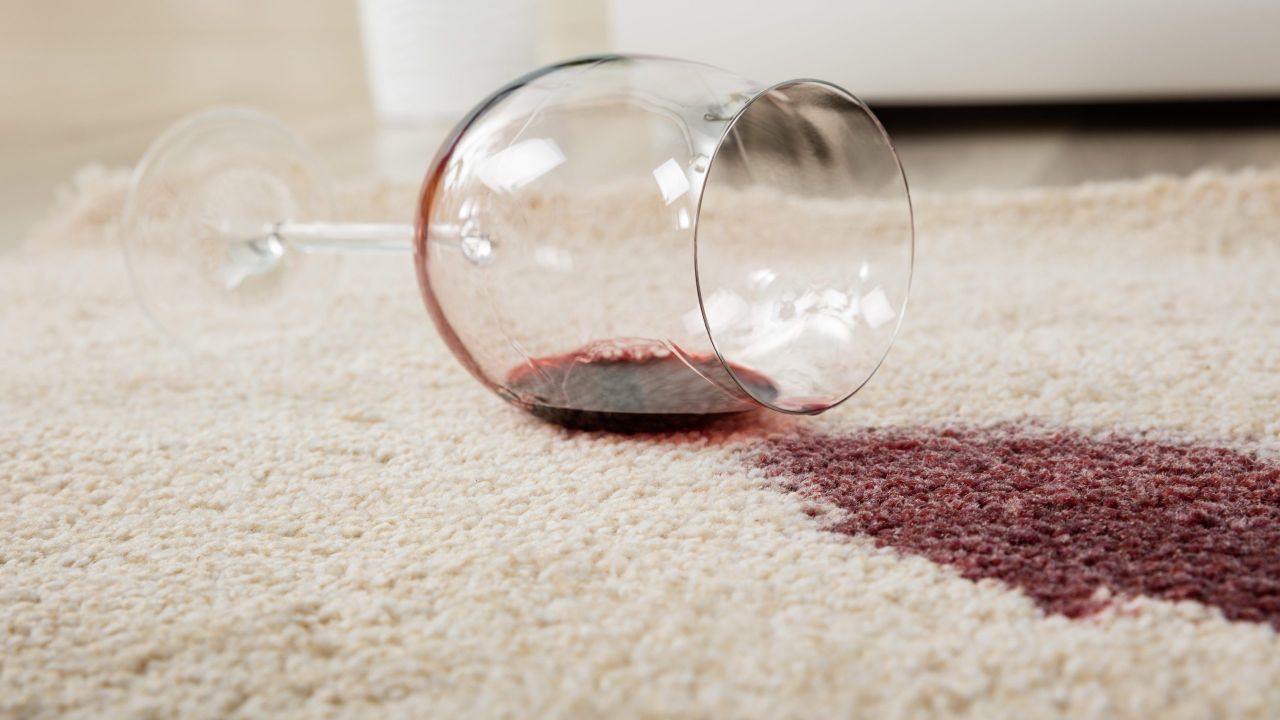 Baking soda also does a number on spilled red wine. Unlike when oil is involved, though, you’ll want to keep the baking soda wet for it to do its best work. You can apply a paste of one part baking soda to three parts water and let dry before vacuuming, or pour white wine on top, mix that with a thick layer of baking soda, and keep the stain-lifting concoction hydrated with spritzes of water for an hour or two before washing it away with soap and water. We’ve written about this before; see here for further stain-fighting tips. 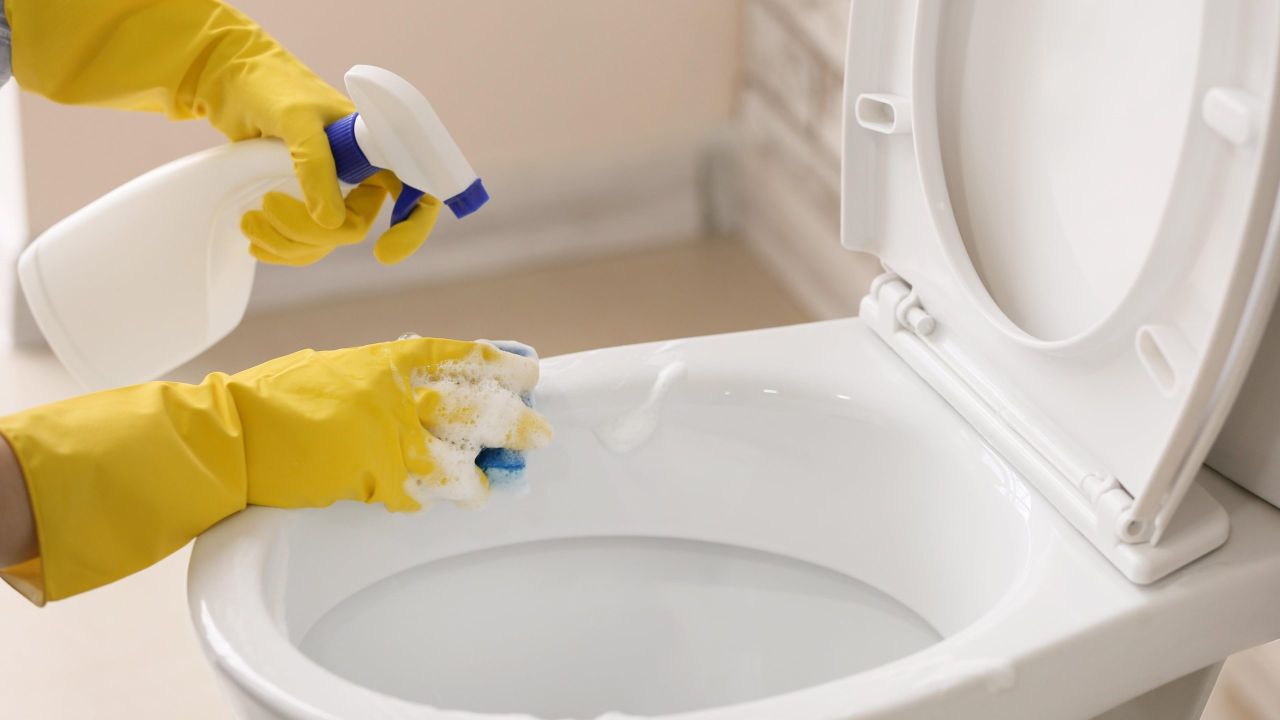 Hard, mineral-rich water can leave brown rings stains around our toilets (not to mention, toilets don’t always smell great). Put the cleaning and deodorizing properties of baking soda to double use. To prevent this buildup, add a cup of baking soda to your toilet once a week or month and let sit for one hour before spraying with vinegar and scrubbing the inside. This will lift stain-causing mineral deposits and any lingering odours.

Baking soda is an effective cleaner in other areas of the bathroom: Sprinkle it on a damp brush to remove soap scum from sink basins, shower doors and walls, and lift mildew from shower curtains and grout. 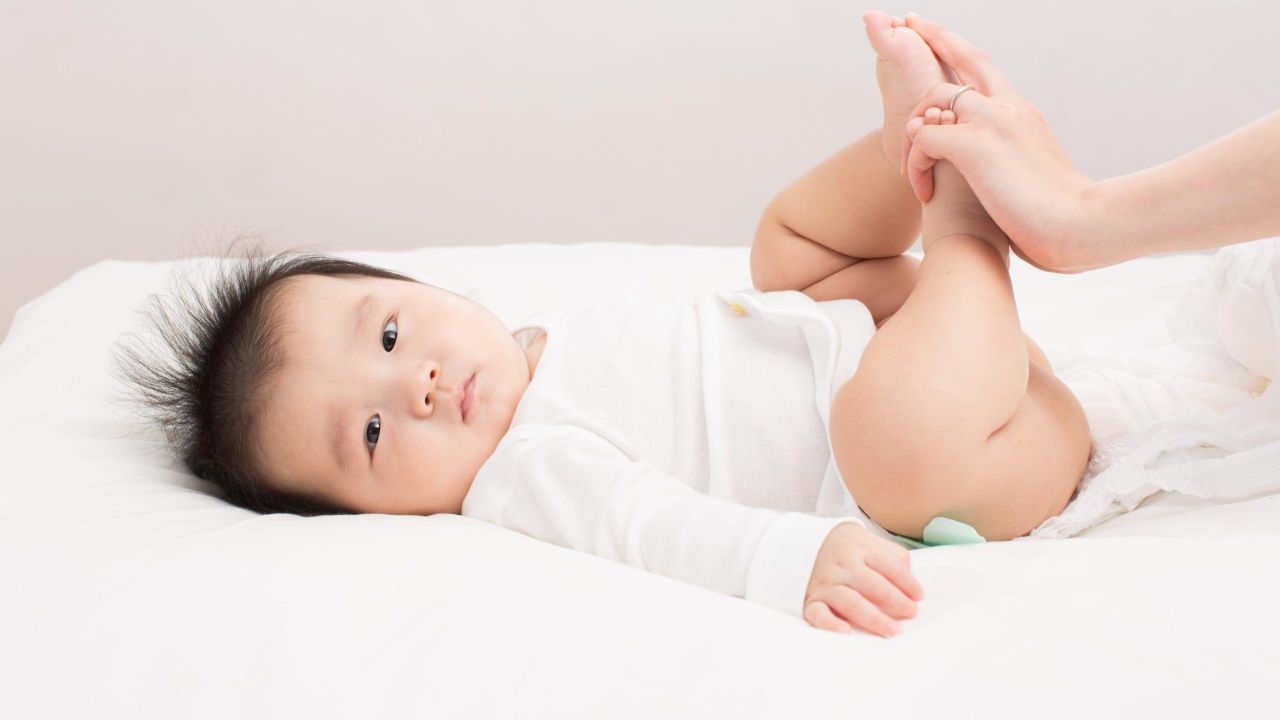 When your little one has an itchy, red bum, let the anti-fungal and anti-microbial properties of baking soda ease their discomfort. You can make a paste of 2 tablespoons baking soda mixed with one tablespoon water (enough for just one use because it dries out quickly). Or cool their irritated cheeks by placing a few tablespoons up to a half a cup of baking soda in their bathwater (the quantity depends on whether they’re in a full-sized tub). The alkalinity of baking soda does extra work if the rash is caused by “acidic poop” due to certain foods.

Make your own air freshener (or Febreze) 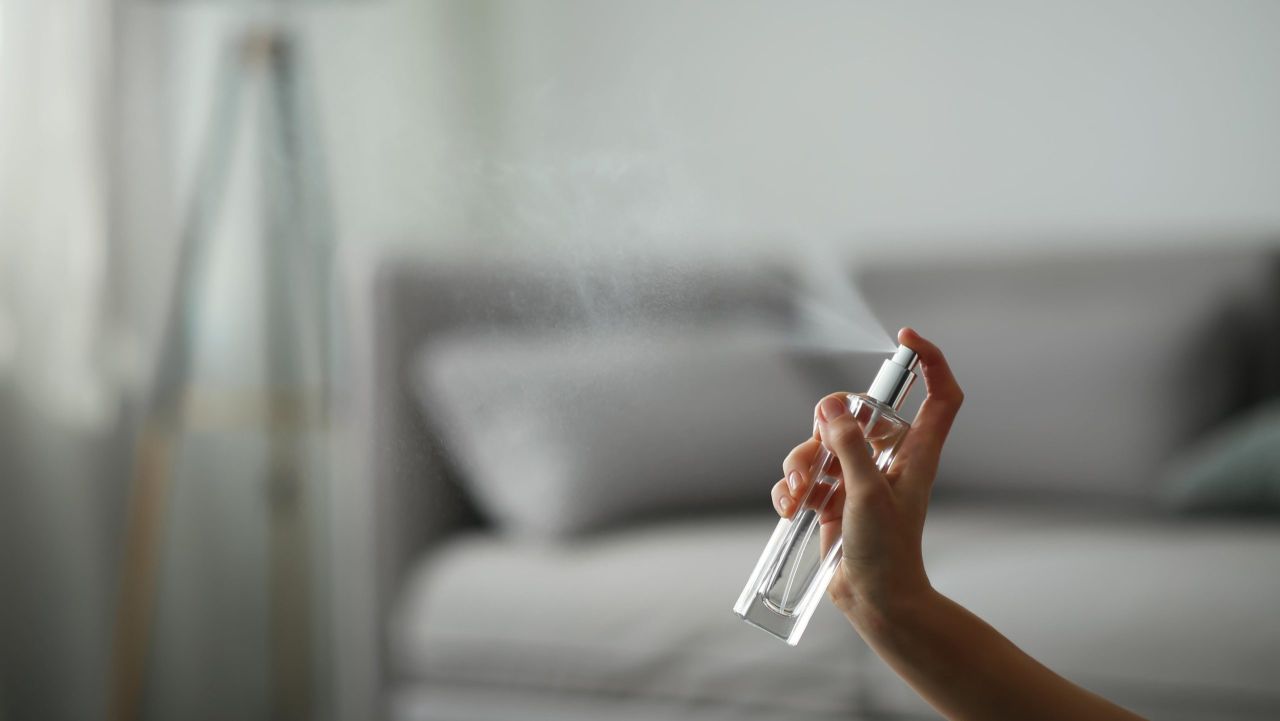 When all those feet, butts, and armpits start to bring the level of your home air quality down, add a healthy spritz of odor absorption with a baking-soda-based room or upholstery spray. Combine 2 cups water with one tablespoon baking soda and your favourite essential oil (optional). Store in spray bottle and spritz as needed in your bathroom, kitchen, bedroom, or couch after game day for a mild alternative to the sometimes overpowering scent of commercial air fresheners. 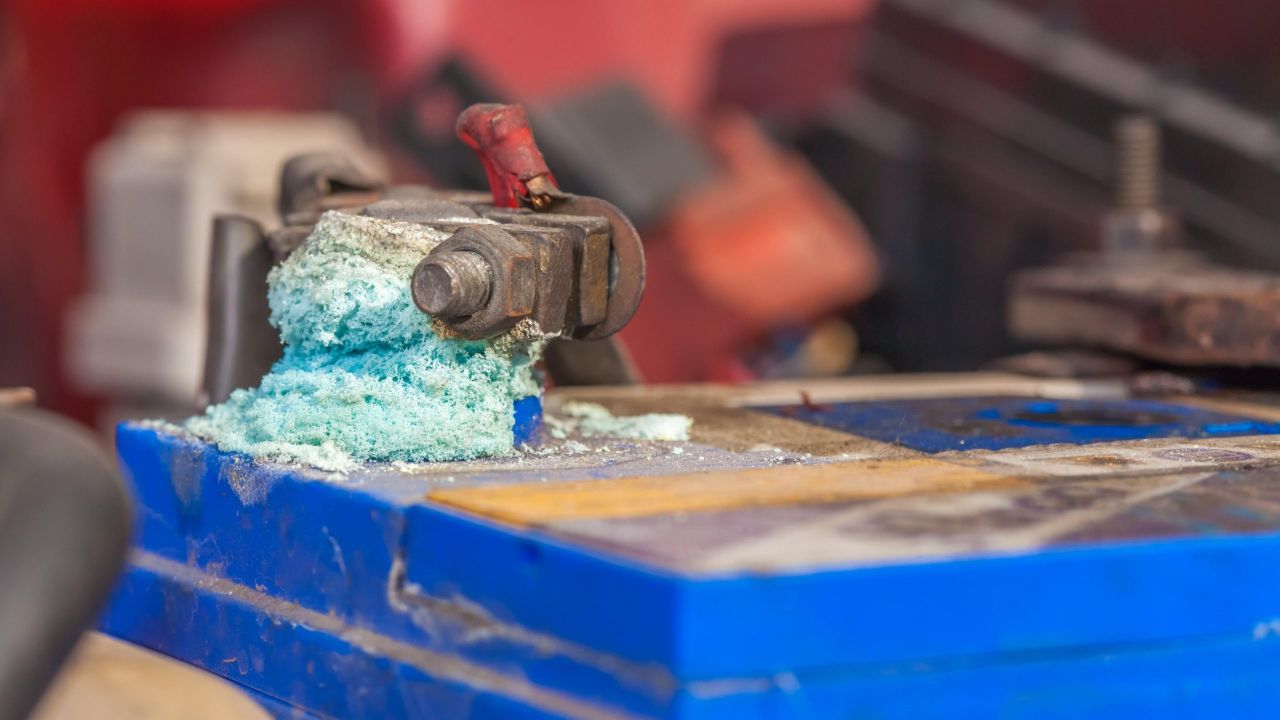 The alkaline nature of baking soda can be used to neutralise and dissolve battery acid corrosion. Be sure all batteries are disconnected from devices (and detached from their terminals or connecting cables). Combine 3 parts baking soda with one part water to form a paste. Apply the paste before wiping clean with a damp cloth. Allow the battery to dry completely before re-connecting it to its device or terminal. 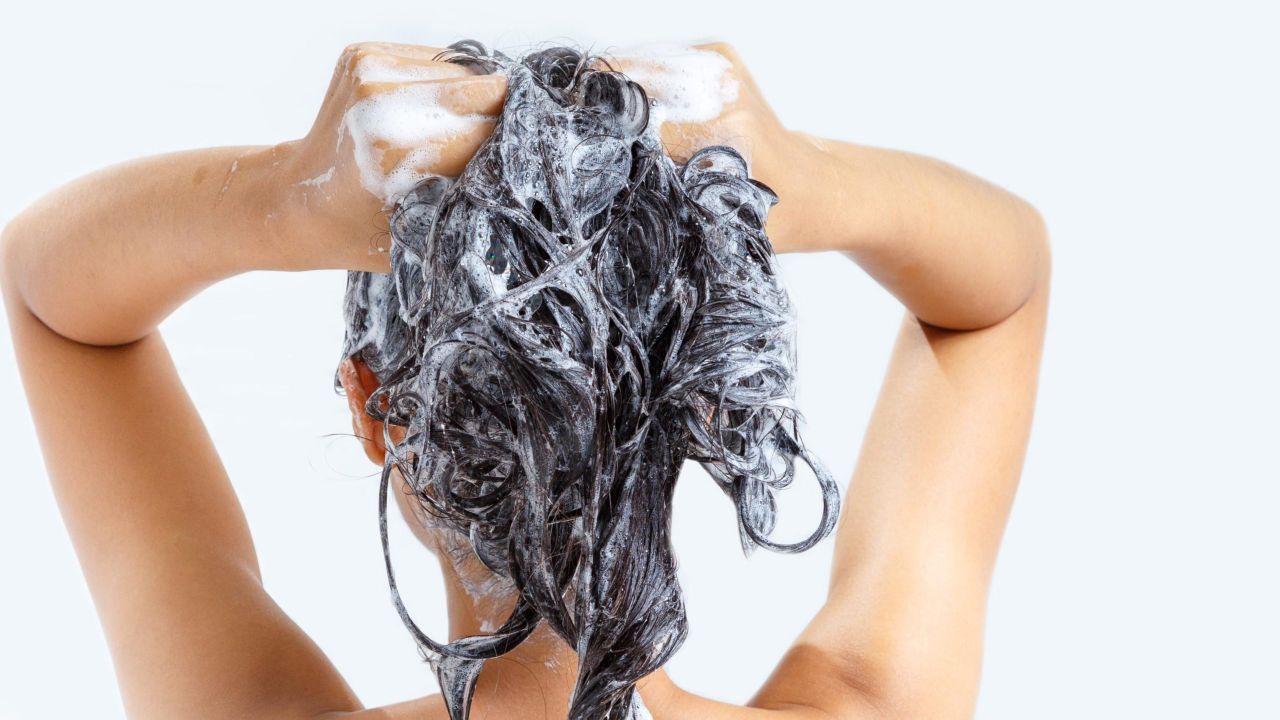 If your oil glands tend to produce an excess of shine in your hair follicles, consider substituting the chemicals of store-bought shampoos with the natural chemical properties of baking soda. The soft powder, when mixed with water (4 tablespoons with 3/4 cup water plus essential oil of your choice) will exfoliate your scalp and absorb excess oil, leaving your locks fully cleansed. (Because it’s a mild natural abrasive, this hack works best for oily hair types; its use on dry hair will make it more dry.) Apply at the roots and work through the hair. Let sit 1-3 minutes before rinsing, conditioning, and styling as usual.

Make your own deodorant 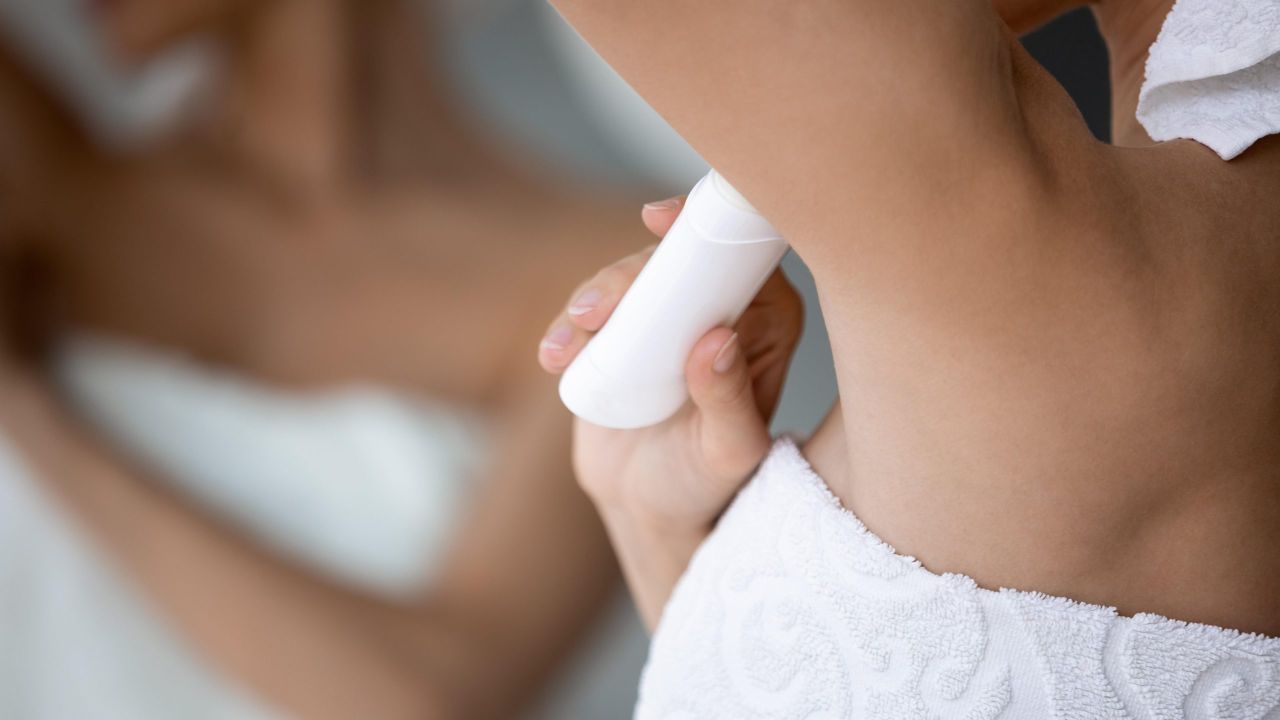 The anti-funk power of baking soda doesn’t exclusively pertain to your home; it can also work on your body. Make your own deodorant by first whisking together 4 tablespoons baking soda (to handle odor) with 4 tablespoons corn starch (for moisture absorption). Mash in 4-6 tablespoons coconut oil or shea butter and optional essential oils. Bonus points if you have a spare (empty) tube of deodorant you can use to slide it on. (If not, a small plastic storage container and your fingers will do.) An overage of coconut oil may cause the deodorant to melt in warmer months — but that’s nothing that can’t be fixed by keeping it in the fridge. 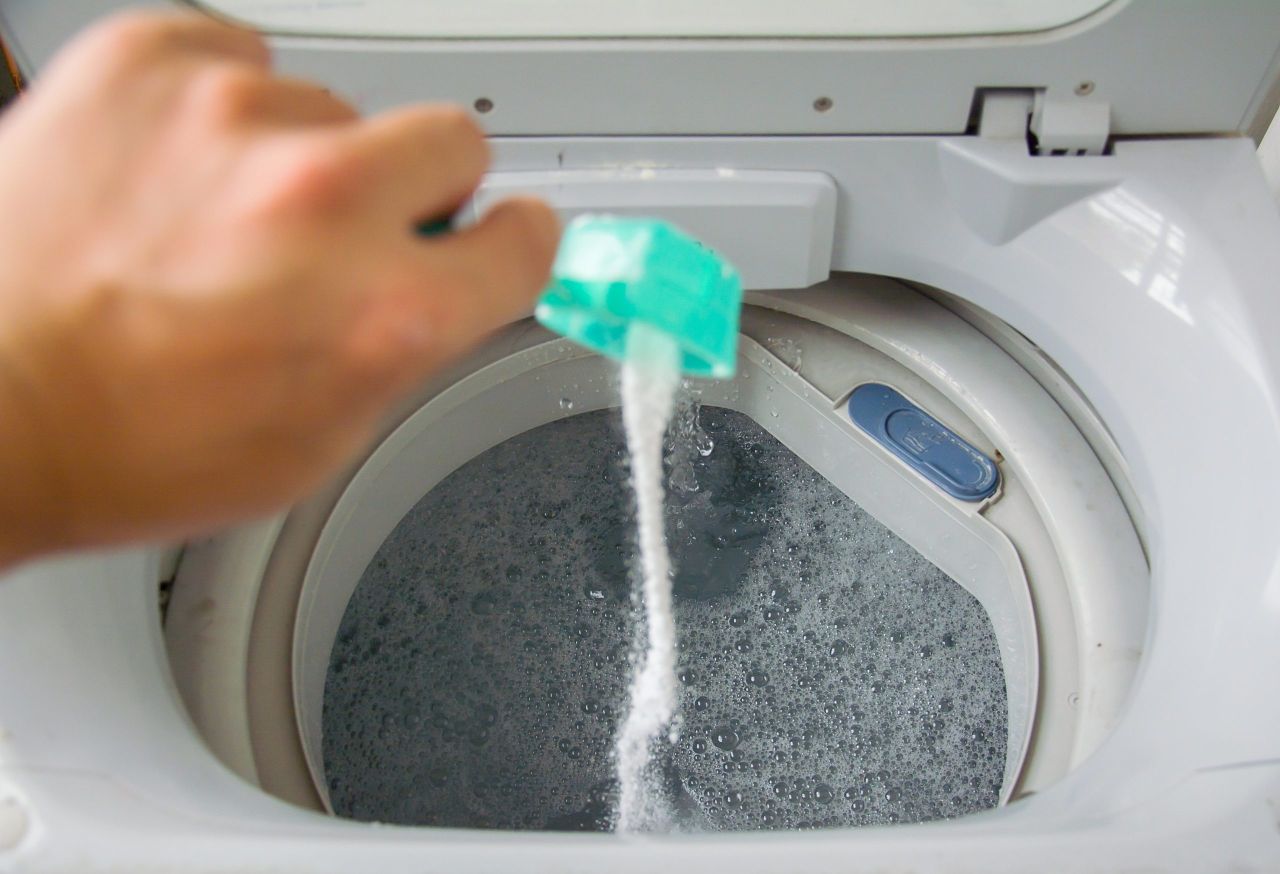 Brighten your colours and whiten your white threads with an infusion of baking soda in the laundry room. Add a half cup to your next load of laundry (in the drum, not the detergent dispenser) and use liquid detergent as usual.

Its alkaline nature neutralizes odor-causing acids like sweat, while its abrasive qualities chip away at stains. According to How Stuff Works, “Baking soda reacts with the grease in stains to form glycerol, a common cleansing ingredient in soaps. Also, as a weak alkali, baking soda neutralizes acids in odor molecules to eliminate strong smells.”

To use as a fabric softener, add to the rinse cycle. This works because, according to The Spruce, “Adding 1/2 cup of baking soda to each rinse cycle acts as a balance to suspend detergent or mineral deposits in the water and keep them from redepositing on clothes, which can make clothing feel stiff.”