Eating meat and watching footballs are still — in the year 2022 — branded as masculine activities, while avoiding meat and eating more vegetables remains feminine-coded (at least if you ask the Barstool crowd, who seem to hate women and vegetables in equal parts).

But vegetarians and vegans (and even women!) can enjoy a football game, and if you plan to invite them to your Big Game party, you should be prepared to serve something they can eat. We have a few suggestions. 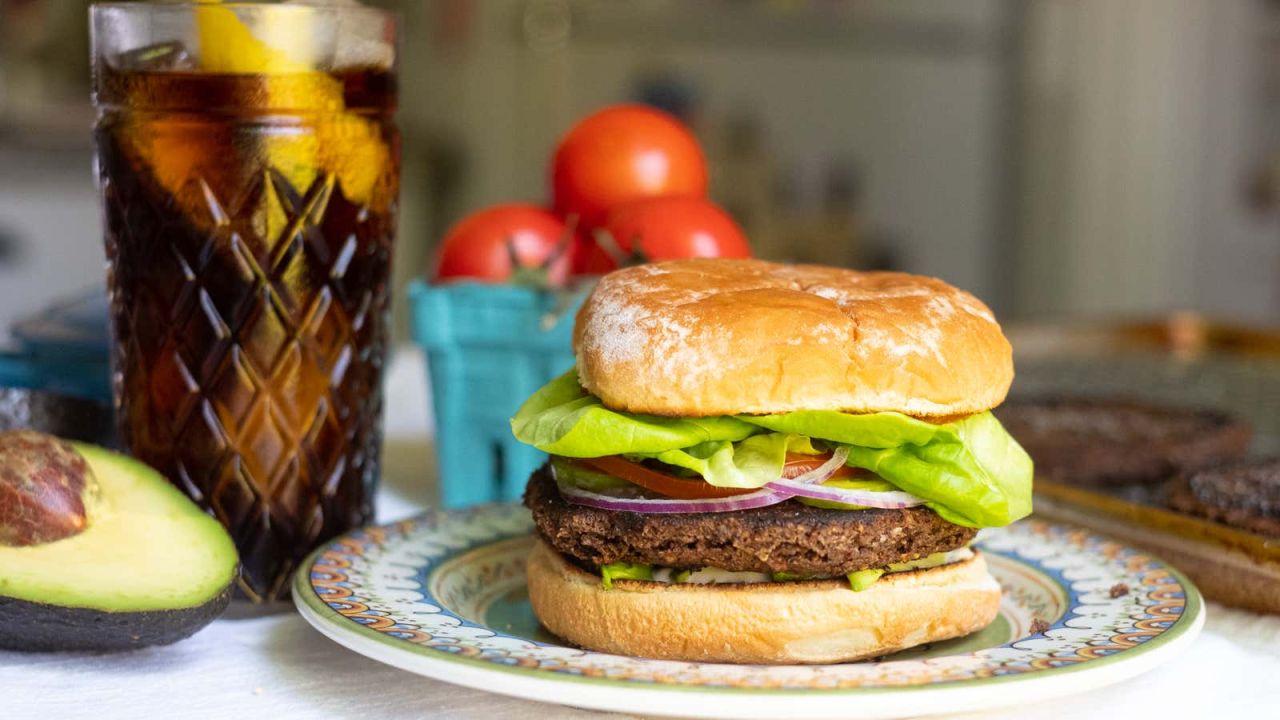 We’ve come a long way from the Boca Burgers of the 90s, but don’t let newfangled tech meats distract you from the fact that black bean burgers can taste really good — though making your own can be a little labour intensive. Lucky for the lazy, A.A. Newton developed a recipe that comes together in just half an hour:

You’re going to take one look at these instructions and think I’ve finally, truly, permanently lost it, but trust the process. Pulverizing oats, nuts, mayo, canned chiles, and bean juice makes a sort of mortar for the burgers, so they hold together surprisingly well without eggs or other binders. Oh, and they absolutely slap: Savoury, a little spicy, crispy on the outside, and almost creamy on the inside — everything you want from a black bean burger.

Brown your tech meats to give them flavour 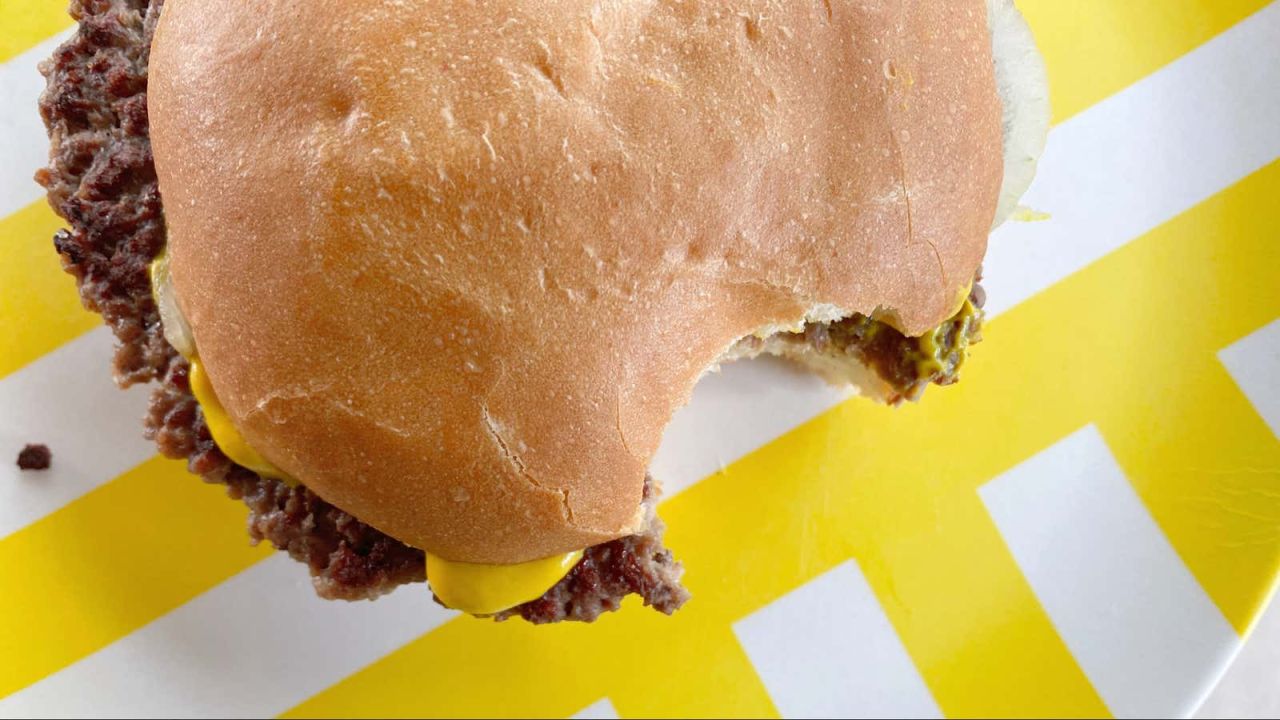 If you simply must go the uncanny meat route, please, for the love of taste, brown and season your Impossible patties. I will always choose a smash burger over a thick one, but tech meats tend to be a little stickier than their bovine-based inspiration. Luckily, there is a very easy, elegant solution:

Pre-smashing — which we have discussed before — gives you a large amount of surface area, without as much stickage. In beef burgers, pre-smashing can lead to shrinkage, but that does not happen with meat-free burgers, thanks to their extra stickiness.

Add a little fat to your smoked vegetables 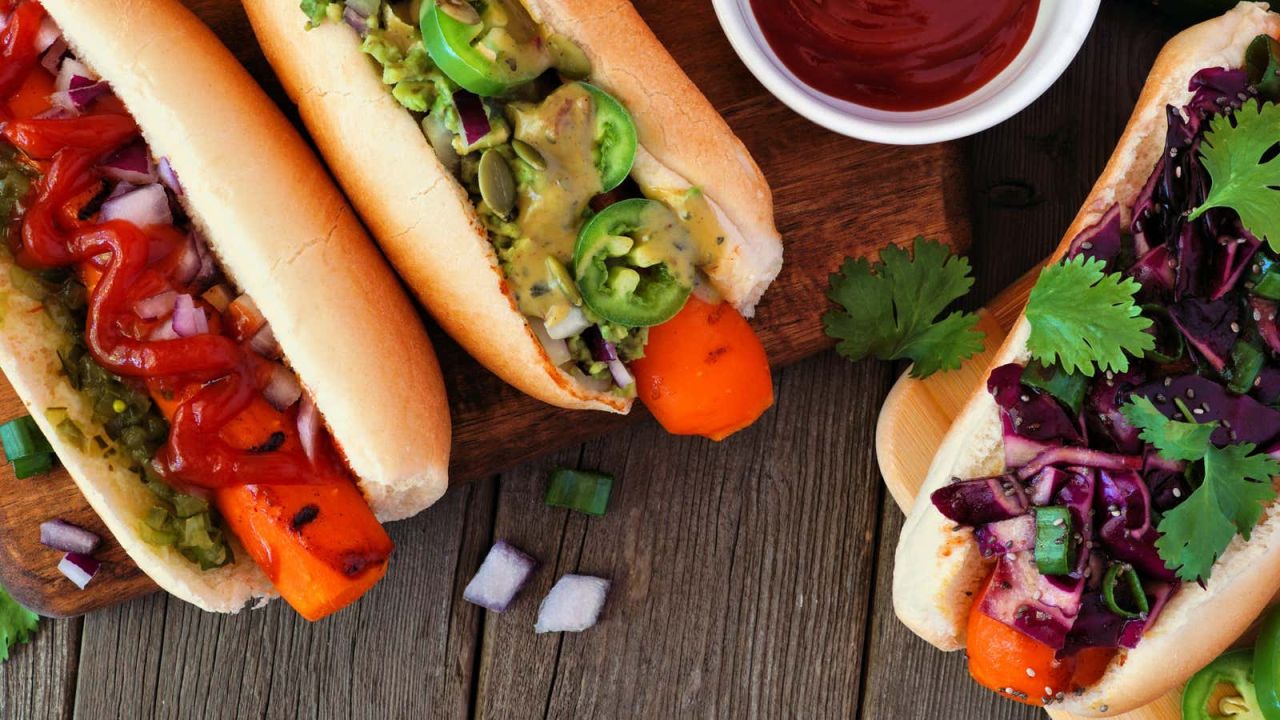 Chef Amanda Cohen has been serving her iconic broccoli dogs at Dirt Candy since 2008, so she knows a thing or 20 about imparting flavour into vegetables. The key to making that flavour stick, like so many things, is fat:

“The thing with smoking a vegetable versus smoking a piece of animal protein is vegetables don’t come with their own source of fat,” Chef Cohen explained to me over email. “When you smoke animal protein, it absorbs the smoke and it mixes with the fat, and you get this really delicious, intoxicating product. When you smoke a vegetable, it’s not porous. It’s not going to soak in the smoke. And the smoke itself is basically just attaching itself to the outside. You want to have a great big surface, so that you get the flavour in as many places as possible. But you also have to finish cooking it in a fat. You have to add fat into the vegetable — like you already have existing in a piece of animal protein — to make it that delicious.”

Make a soyrizo Frito pie that will please the whole team 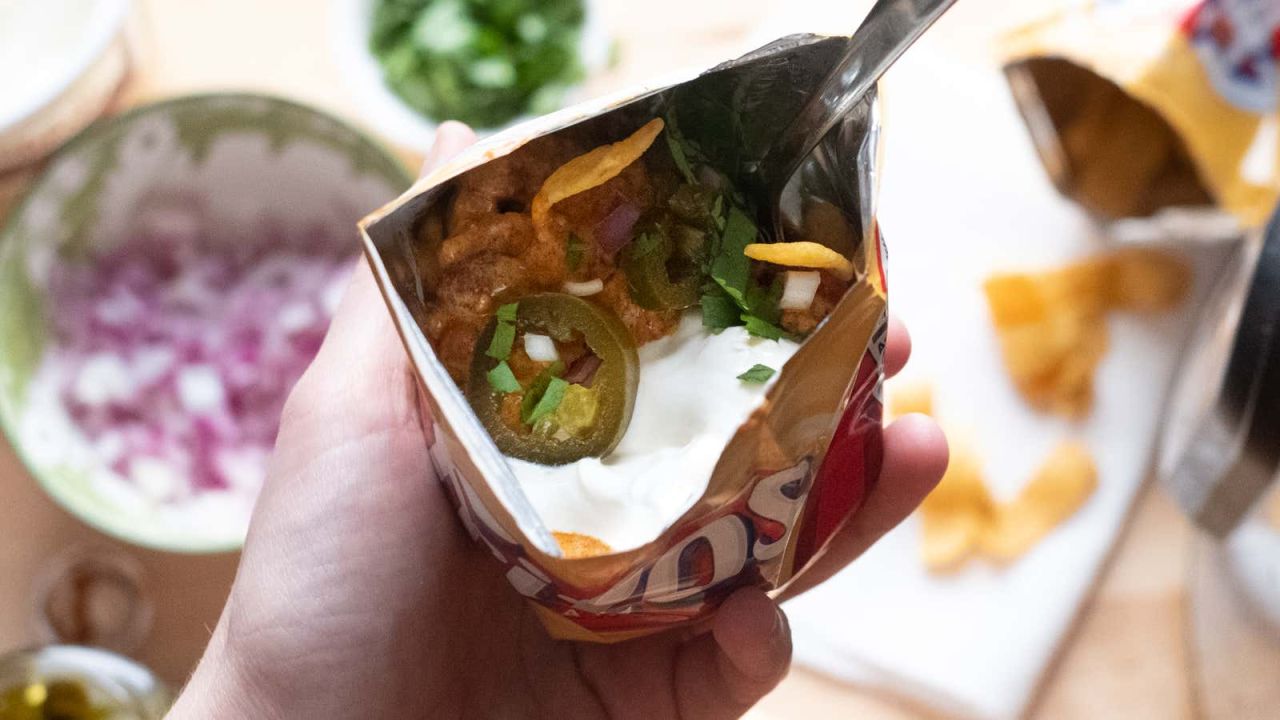 Even more so than Impossible meat, soyrizo is almost impossible to clock as vegetarian when it’s simmered into a vat of chilli and served with all the usual accoutrement. (Add a little espresso powder to make it extra convincing.) Even better, soyrizo Frito pie is easy to make, easy to serve, and utterly delicious:

Somewhere between chilli and a hot, cheesy dip — but far easier to serve than either of those — Frito pie is basically the ideal snack for a large, rowdy gathering. Making it mostly involves dumping assorted cans and bags into an Instant Pot or slow cooker and ignoring it for several hours. Plus, instead of individual bowls or a communal pot of dip, Frito pie is served straight out of a bag of Fritos — it’s entirely self-contained.

Replace spinach with Brussels sprouts in your cheesy dips 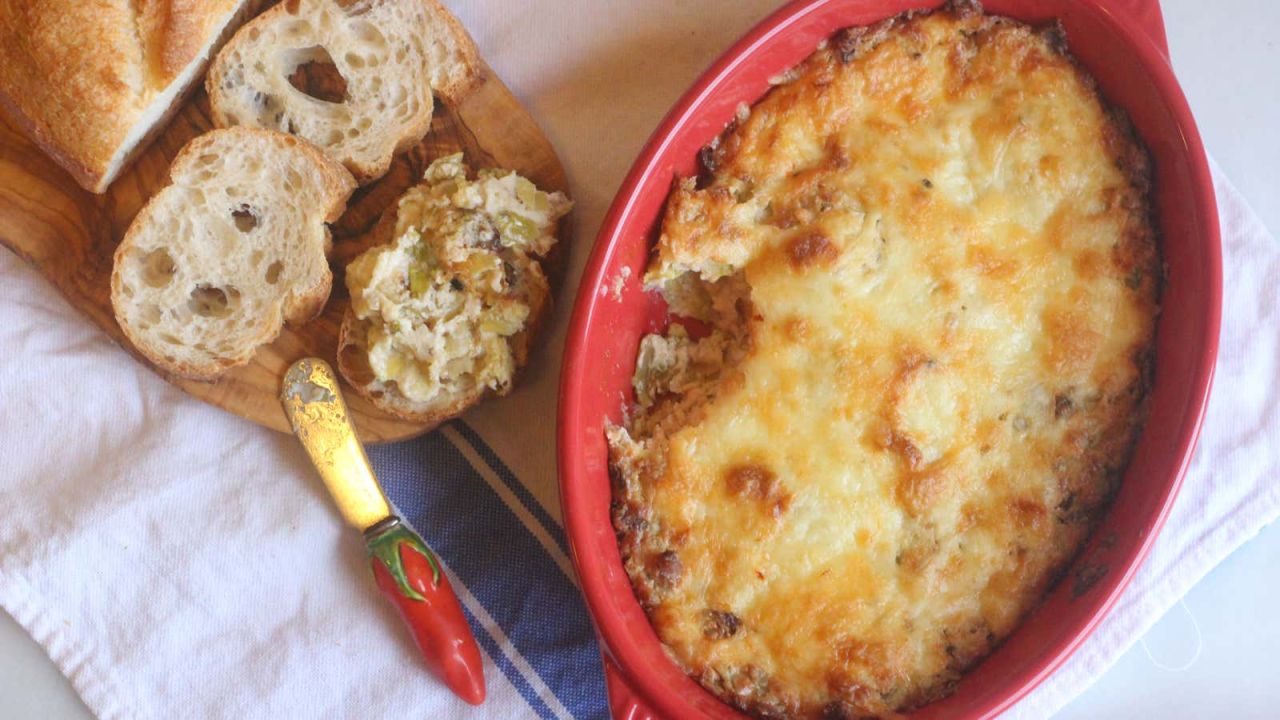 Brussels sprouts beat out spinach in terms of taste and texture (plus, they’re in season):

What’s better: a limp, thawed leaf, or a crunchy, browned, crispy leaf? I think the latter, my friends. Spinach does not get brown or crisp, it only gets wet and small. Brussels sprouts, on the other hand, crisp and brown quite nicely in a little butter (or duck fat), and keep much more of their original volume than spinach, which might as well be called “The Incredible Shrinking Green Thing.”

Transform a mediocre can of artichokes into a creamy spread 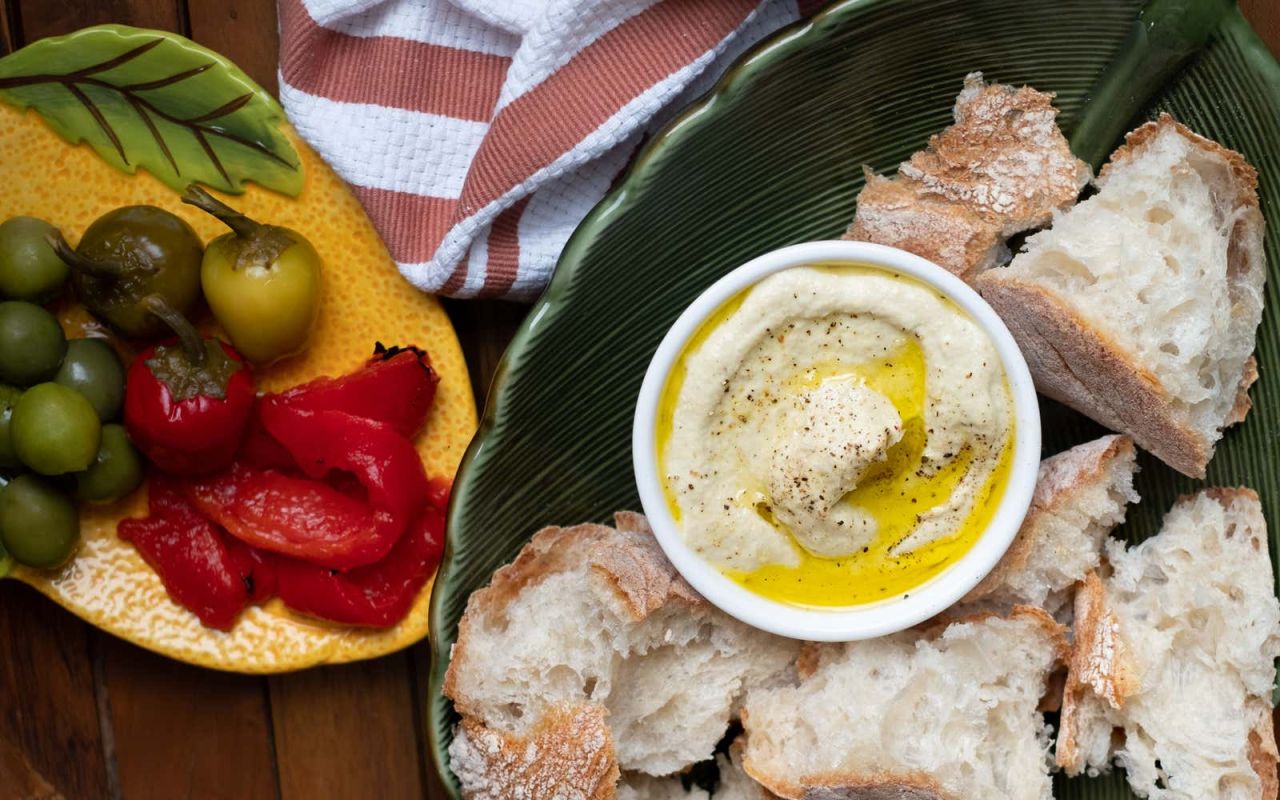 This incidentally vegan dip is cheap, easy, and impossible creamy:

All you need is a blender (or a stick blender), a skillet, a few pantry ingredients, and literally 10 minutes. For the smoothest possible results, use a high-powered blender and canned artichoke bottoms — they’re not as stringy as hearts, and thus need less convincing to purée. With that said, the batch featured in the photograph above was made with hearts and a stick blender; it turned out great.

Or turn any vegetable into a smoky dip 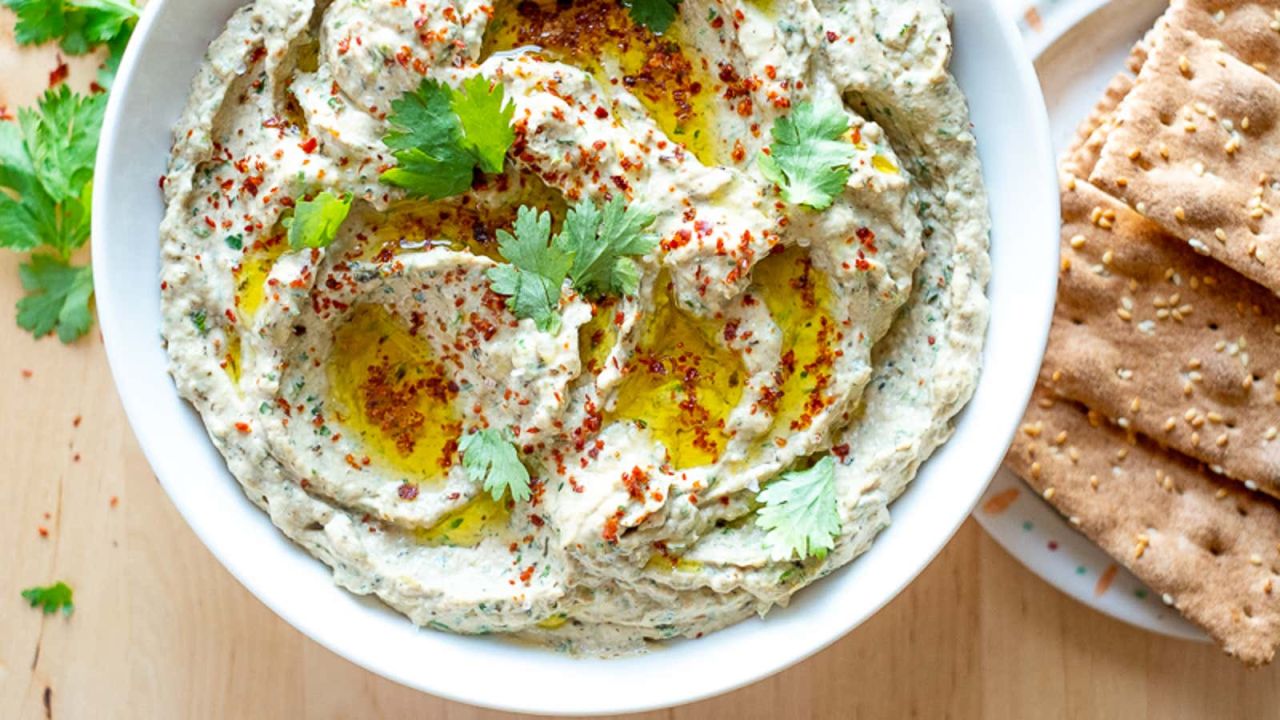 Not a fan of artichokes? A.A. Newton has a handy formula for turning any vegetable into a smokey dip:

Here are some facts: it’s the time of year when loads of people suddenly feel pressured to give a shit about “clean eating, ”but nobody’s gonna eat a healthy snack that tastes gross. This dip elegantly threads the needle: it’s just charred vegetables blended with tahini, water, and lemon juice, but like moutabbal or baba ganouj, it’s so much more luxurious than the ingredient list implies. It’s dead simple and always tastes amazing no matter what vegetables you throw in, so even the bleakest post-vacation fridge probably has all the ingredients you need. You deserve this. 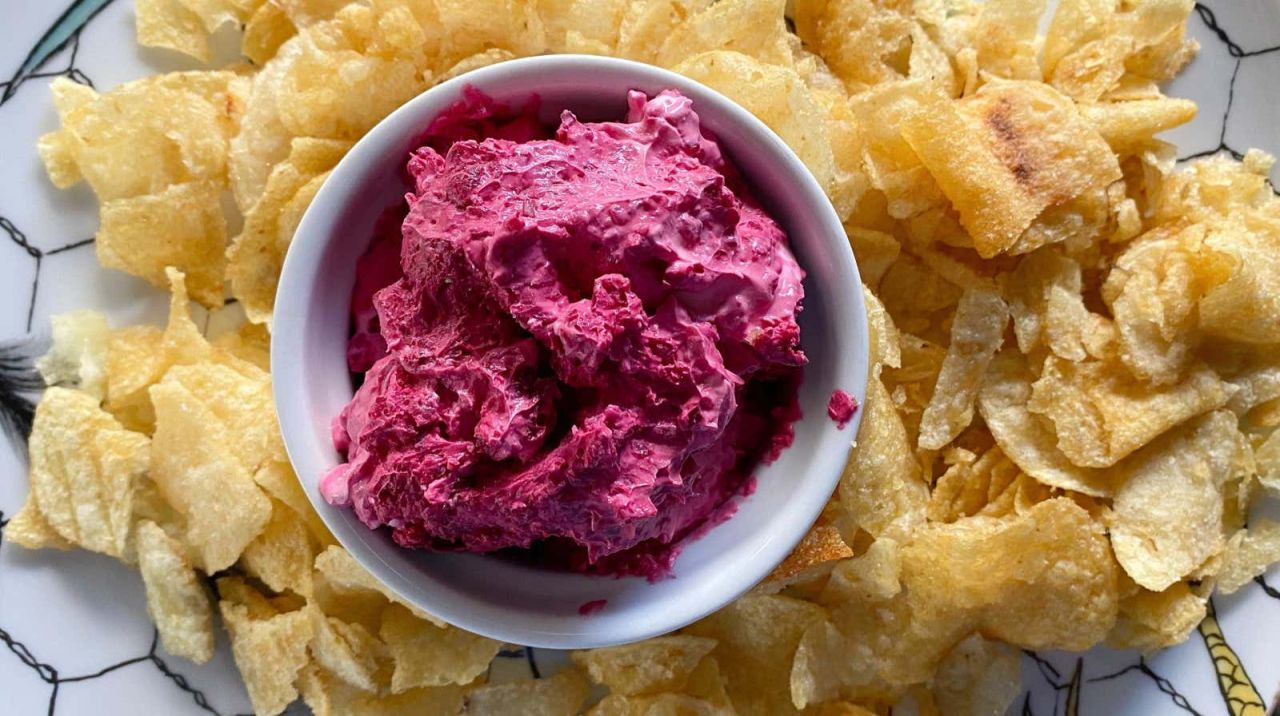 This three-ingredient dip is one of my favourite things I came up with last year:

I took half of the charred beet wedges (which translated into about 1 1/2 medium-sized beets), chopped them finely in the food processor, then added the sour cream and goat cheese and pulsed a few more times to combine. Then I ate it with salt and vinegar chips. It was tangy, earthy, creamy, salty, and sweet, with just enough bitterness from the burnt ends. It was fantastic, and nearly impossible to stop eating.

Make the best vegan wing, which is a tater tot 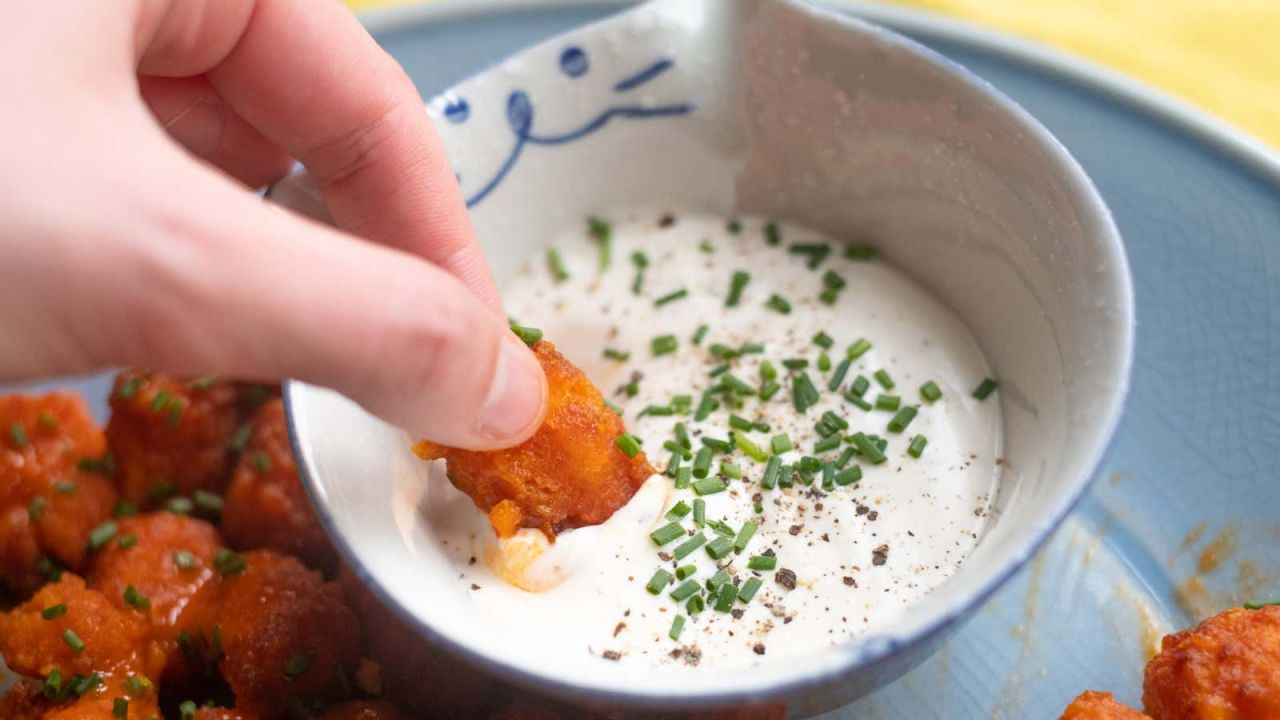 When you think about it, frozen tots are an ideal substrate for buttery, spicy, vinegary Buffalo sauce. They’re scientifically engineered to get crispy and stay that way, so they can absorb plenty of sauce without completely falling apart. Not only do those crunchy exteriors hit the necessary textural notes, they also provide the distinct deep-fried flavour that anchors a proper Buffalo wing experience. (Seriously, “fry oil” is the overlooked middle child of this iconic flavour profile — without a little greasy goodness, it just tastes wrong.) To top it all off, tots are cheap, readily available, and take less than half an hour to cook. 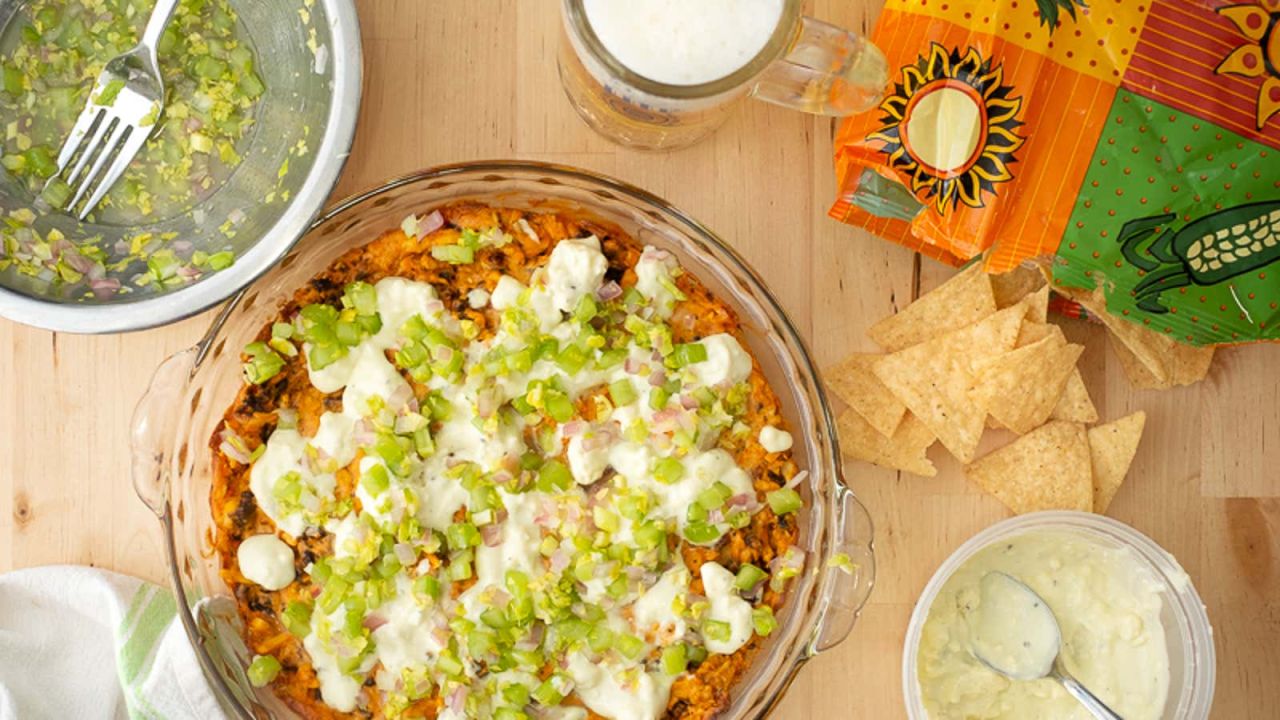 Let’s be honest: People don’t eat Buffalo chicken dip for the chicken. They eat it for the “unholy slop of cream cheese, Frank’s RedHot, shredded cheese, and ranch dressing.” Why not add sub crispy baked cauliflower in for subpar bird?

Based on the success of Buffalo cauliflower wings, I figured roasted florets would be as good a chicken replacement as any. There’s just one problem: cauliflower’s water content makes it difficult to crisp up. Hopeful that it would work the same magic it does on crispy baked chicken wings, I added baking powder to my seasonings and roasted the cauliflower at high heat. It worked even better than I’d hoped. Baking powder is basically cornstarch mixed with a mixture of powdered acids and bases; when it comes in contact with liquid, it fizzes and bubbles like crazy, creating a craggy, super-crisp surface. The florets emerged from the oven crunchy, beautifully browned, and not even slightly soggy. 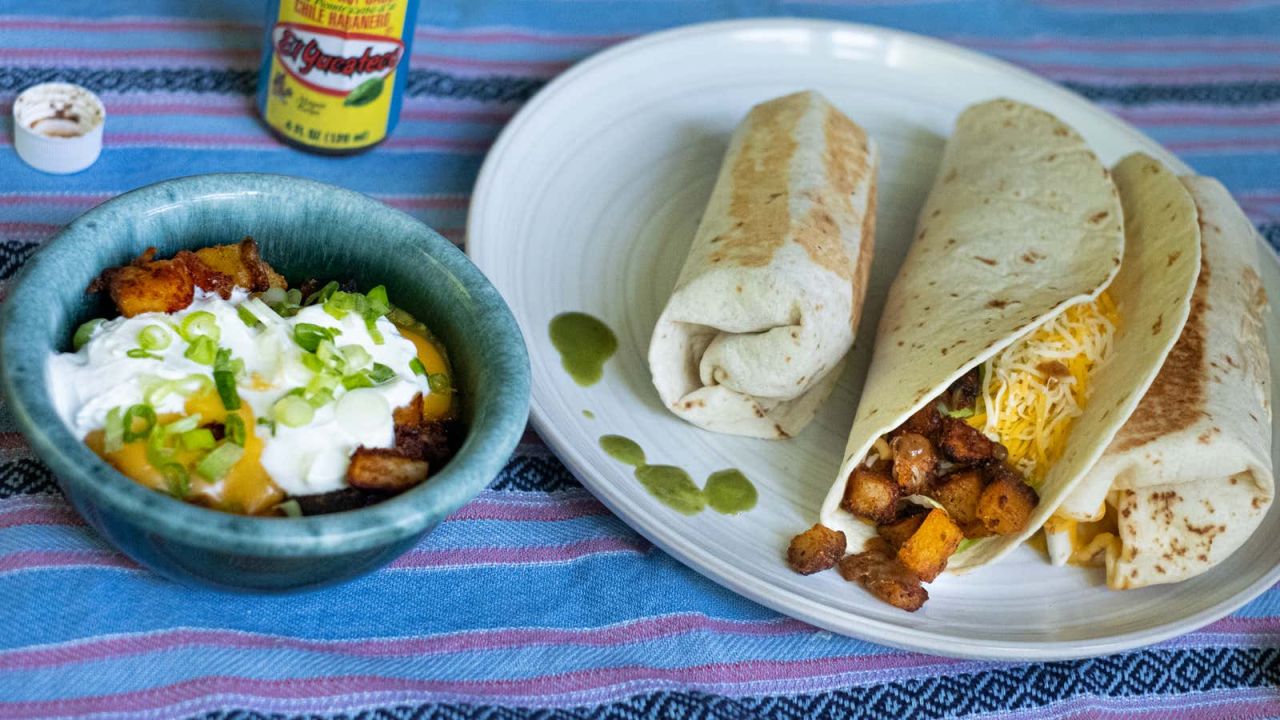 Taco Bell potatoes are back on their menus, but that doesn’t mean you can’t make your own — dare I say tastier? — version at home:

All you need are regular russet potatoes, oil, and a simple seasoning blend. While researching this recipe, I learned that the secret to Taco Bell’s seasoning isn’t MSG or cumin — although those are definitely present — but flour. A little bit of all-purpose flour adds a hint of crunch to their fried potatoes, which is desperately needed amongst the squish. (It also helps their ground beef thicken into that signature slurry-like consistency, but we’re not talking about that right now.)