What Is OLED Burn-In? (And How to Avoid It)

OLED screens are known for two things. First is their excellent image quality and high contrast levels, which you can now experience on all manner of OLED-equipped TVs, PC monitors, smartphones, tablets, and handheld gaming consoles. The second is “OLED burn-in.”

Fortunately, as the technology has advanced, burn-in is less likely on newer OLED screens than when the first OLED TVs rolled out. However, it’s still enough of an issue that you should reassess how you’re using your OLED-equipped devices to make sure you’re not accidentally damaging them.

What is OLED burn-in?

“Burn-in” is when your screen shows a persistent after-image of something that is no longer on-screen. OLED displays are prone to these persistent phantom images because of how they work: In simplified terms, each pixel on an OLED screen is individually back-lit, rather than the area backlighting that other LED panels use. That means each OLED pixel can turn on, off, and change colour depending on what’s on-screen. This is how OLED screens achieve the “deep blacks” and sharp contrast levels they’re renowned for, but it also means each pixel can be damaged or over-used, resulting in faded (or even burnt-out) pixels.

The worst burn-in culprits are UI elements in video games, apps, and streaming service menus; the tiny station ID icons on TV channels; lower-third chyrons on news stations; and static screen-saver images, all of which can be on-screen for hours at a time. 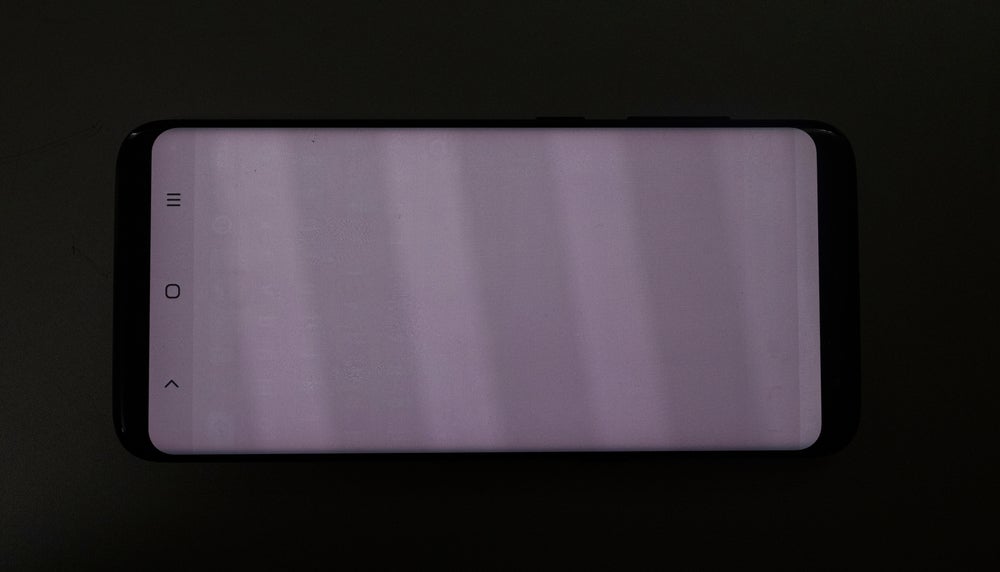 To be clear, it’s unlikely you’ll experience OLED burn-in through general use. An image has to be on-screen for hundreds or even thousands of hours to truly damage the screen. Burn-in is also less likely to occur on newer OLEDs, which are often manufactured with burn-in mitigation tech included.

That said, it’s possible for minor distortion or discoloration to set in after just a few dozen hours, even on the latest devices. And once it sets in — even the tiniest bit — you can’t fix it. You can see first-hand evidence on many TV and smartphone floor models in stores like Best Buy, which often display the same images on-screen for days or weeks at a time. You can also see some evidence of long-term burn-in on the new Switch OLED model in the video below from YouTuber Wulff Den:

How to prevent OLED Burn-in

Sure, the above examples are rare edge cases that don’t reflect how general users interact with their OLED screen, but they’re still proof burn-in remains an issue for all OLED screens. There are ways you can avoid burn-in without resorting to extreme screen-time rationing, though.

Change what you watch and play

The most obvious thing is to regularly change what’s on-screen to avoid displaying static images for too long. For example, if you only watch ESPN on TV, maybe tune into FOX Sports or NBC once in a while to avoid burn-in from the “ESPN” logo. If you play a lot of Call of Duty, try some Apex Legends or Destiny to switch things up. And if you tend to watch lots of YouTube or Twitch, watch in full-screen mode to avoid having the interface on-screen for hours at a time.

While varying what’s on your screen will ensure nothing is displayed long enough to burn in, screen brightness is also a major factor to keep in mind. Burn-in sets in faster on bright screens, so turning down the device’s brightness and enabling auto-dimming and auto-sleep modes that kick in after a few minutes of inactivity can decrease the likelihood for burn-in.

These don’t need to be extreme changes — anything below 90 per cent is fine, but ideally, you should aim for the 70-80 per cent range or lower. The same for auto-dimming and auto-shut-off or sleep timers: You don’t need your screen to dim every 10-30 seconds, 10 to 30 minutes work just fine. The point is to make sure the screen isn’t on and displaying the same images at max brightness all day.

Use dark mode and other settings

Some devices also have extra settings that further reduce the possibility of burn-in. Enabling dark mode for your OS and apps is an especially useful one for OLED screens, since the pixels are dimmed when displaying darker colours, and turned off entirely for black. Other examples include the “Extra-dim” mode on Android 12, and the “Reduce White Point” and further brightness-reduction options in iOS’ accessibility settings.

While you don’t need to turn on all of these settings to prevent burn-in, we recommend using at least a few that work for you to prevent this rare — but irreversible — screen damage.